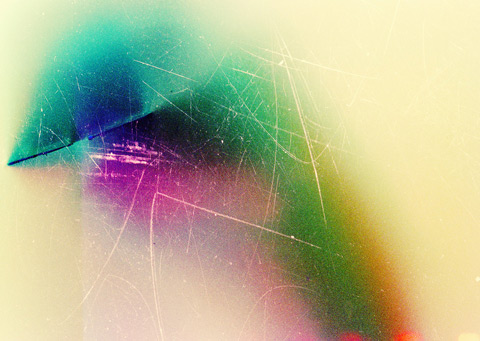 Instead of me following photography, I wanted to have photography follow me. Completely strip it down and build it up to make it my own.
—Gordon Douglas Ball

New York-based photographer Gordon Douglas Ball has taken the camera out of the equation to create a series of images that are made by exposing 35mm and 120mm to different light sources, saying he wanted to “make” photographs rather than “take” them. That he did, and in quite an impressive DIY style, sometimes working on his fire escape or kitchen stove top. He started experimenting with colored LED lights and let them leak onto the film, after which he wound the film back into the canisters to be processed. It worked, and Ball loved the unique results.

Inspired by his break away from traditional photography, he thought why not tweak the developing process? I’m So Broke, shown here, is an example of his experimentation with the chemical process. The white in the image is hair taken from his wife’s comb. After the film was processed, he re-bleached it with the hair. Her chemically treated hair stained the already developed emulsion, producing the green, pink and blue. Other images were created by re-developing and bleaching, enabling him to play around with the exposed emulsion. A step outside the box, Ball’s abstract pieces excite the senses, forging ahead in a way unique to their own. 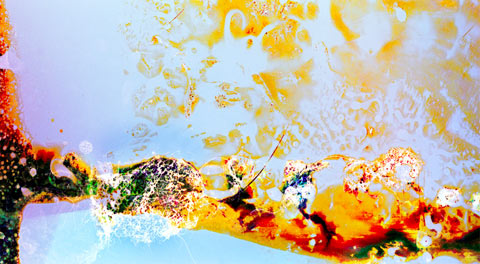 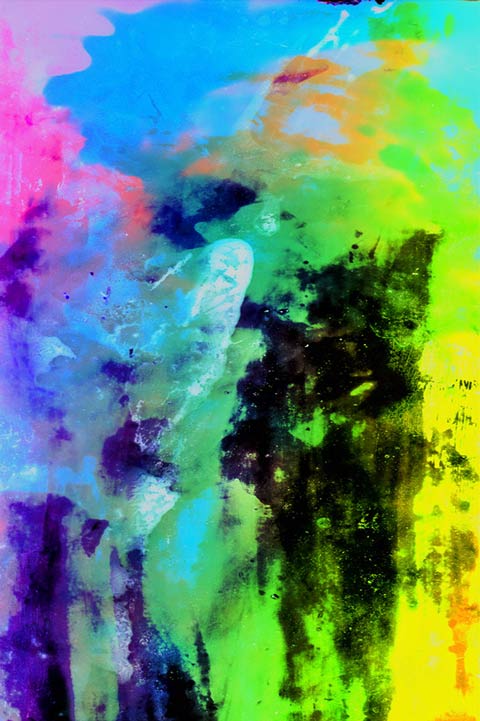 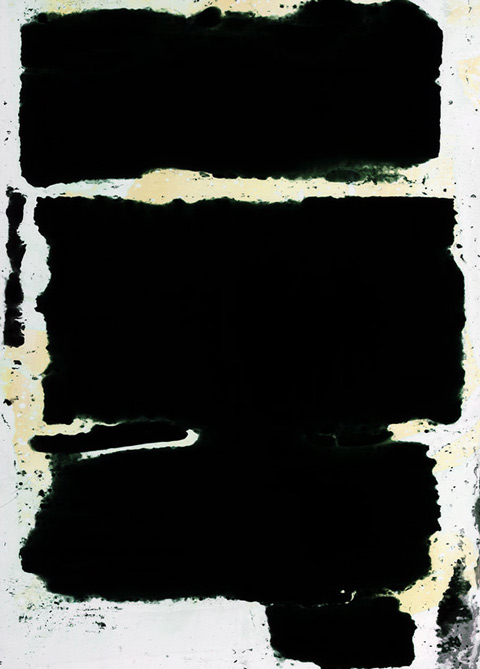 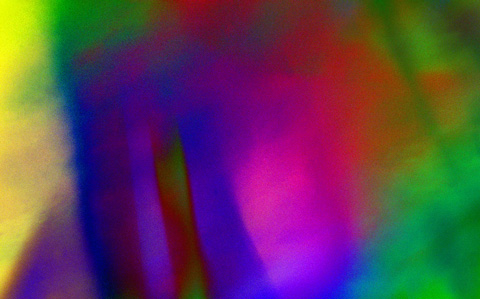 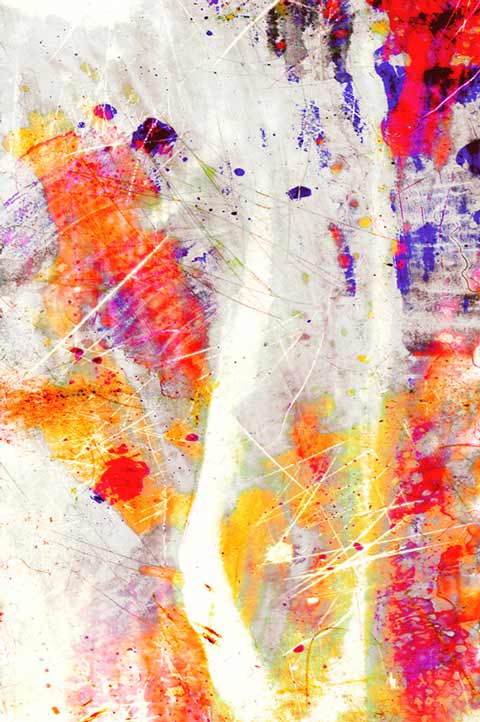 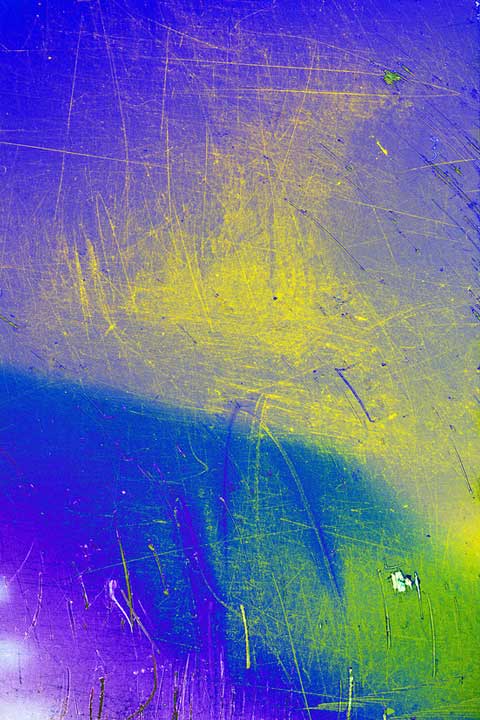