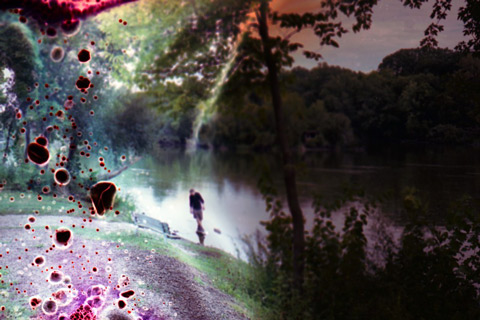 Metaphorically speaking, I feel that our consumption habits—specifically dealing with precious natural resources—are out of control and unsustainable. I also feel that not many people care enough about it because they won’t be around long enough to see the mess they’ve started fully materialize. I wanted to transfer that feeling I had, which was maybe something like a sense of powerlessness or dread, to the image making process. I wanted to lose control, having the resulting work border on ceasing to exist in any recognizable form.
—Peter Hoffman

We are intrigued by the process behind Chicago-based photographer Peter Hoffman‘s Fox River Derivatives, a series commenting on consumption and clean water scarcity. Traveling by bike up and down the Fox River, Hoffman shot the photos on medium format film, after which he spray-coated the negatives and the flat surface beneath them with gasoline. He then threw a lit match onto the puddle of gasoline that the negative strip lie in, dousing them with water—fingers crossed—before the negative was too obliterated. It was a trial and error process, mostly error, he says. The result? Newly transformed babbling brooks that teeter on the edge of radioactive and ethereal. The Fox River lies between a densely populated suburban landscape and a more rural landscape in Chicago, a location that Hoffman describes as perfectly paradoxical. 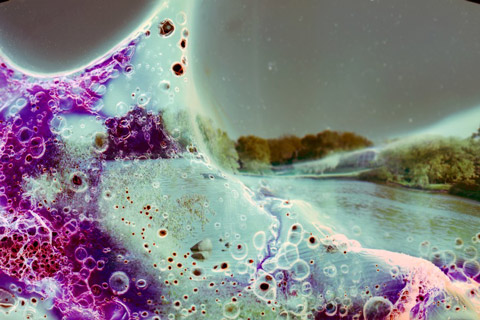 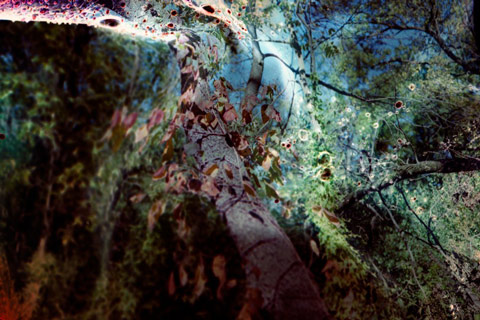 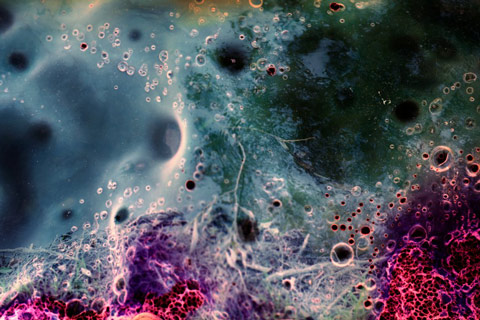 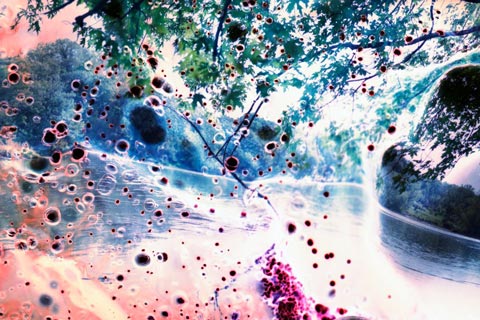 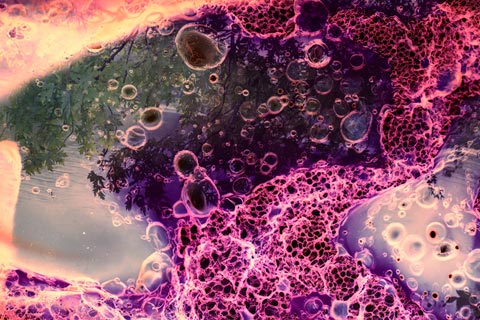