‘Till Death Do Us Part’: One Man’s Love Letter to His Husband 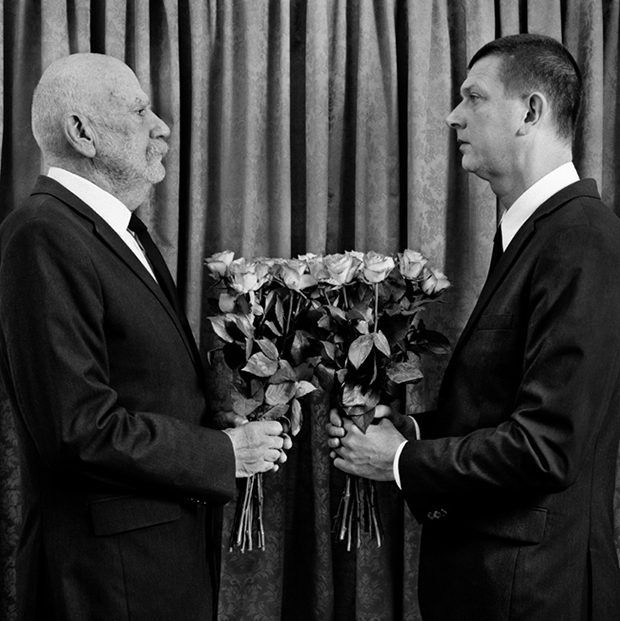 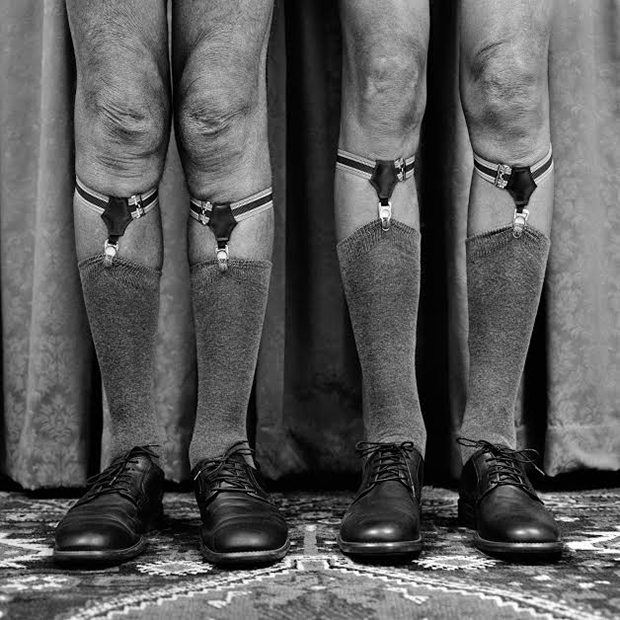 Devon-based photographer John Paul Evans met the love of his life, Peter, in 1989, when legally-recognized gay marriage “seemed inconceivable.” At that time, Section 28 of the Local Government Act of 1988 prohibited the state to publish or teach material presenting homosexual relationships as tolerable and legitimate. As young men, Evans and Peter didn’t take many pictures of daily lives, of their milestones. Till Death Do Us Part, in which the couple creates their own wedding portfolio, is in many ways the photo album the photographer didn’t get a chance to have. It’s both an homage to their now legally recognized marriage and a foray into of the often ambiguous meaning of family and home.

Evans, for his own part, admits to having conflicting feelings about marriage. He lived the life of an academic, and in turn, he had access to the gender and queer theory that empowered him to detach himself from the notion that his family had to conform to “conventional” models in order to be just as significant and worthwhile. Till Death Do Us Part doesn’t flee from but runs headlong into that ambivalence; he and Peter both are and are not like the bride and bridegroom painted in van Eyck’s Arnolfini Wedding, which hangs so prominently behind their veiled faces.

As much as the series works to deconstruct ingrained tropes associated with the wedding portrait, it also approaches the painful realities of what “forever” really means. When they were younger, suggests Evans, their 27-year age difference was more abstract; now, after more than a quarter century together, he’s coming to grips with the fact that Peter is now in his seventies. “We can never grow old together,” explains the photographer.

Making these family portraits, he admits, has been emotional. With arthritis, Peter sometimes has difficulty posing and sitting for the pictures, but he has committed himself to working with his husband. Peter worked in television and theater, and so the creative process is a familiar one to them both.

Evans and Peter could not legally marry when first they met, and indeed, Peter won’t be able to see and care for the photographer in his old age, but in these pictures, at the very least, their bond is set in stone, made permanent. Whenever it all gets too poignant to consider, admits Evans, he reminds himself that ultimately, the portraits are as witty as they are serious; they are meant, he suggests, to inspire laughter and silence in equal measure. 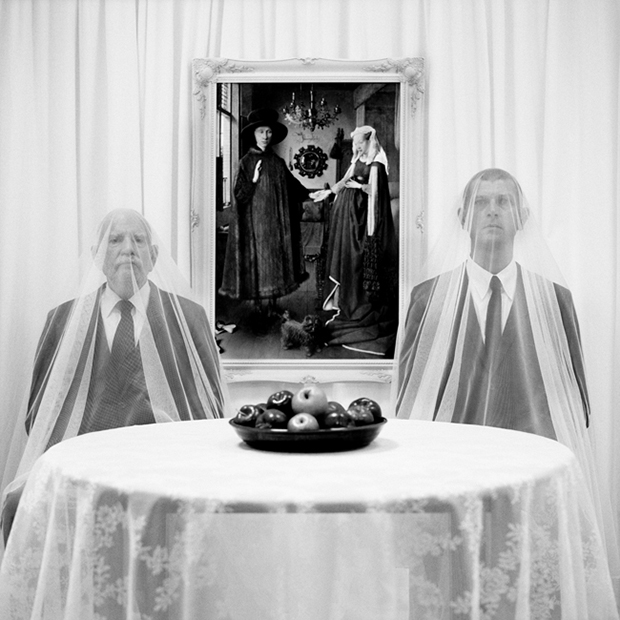 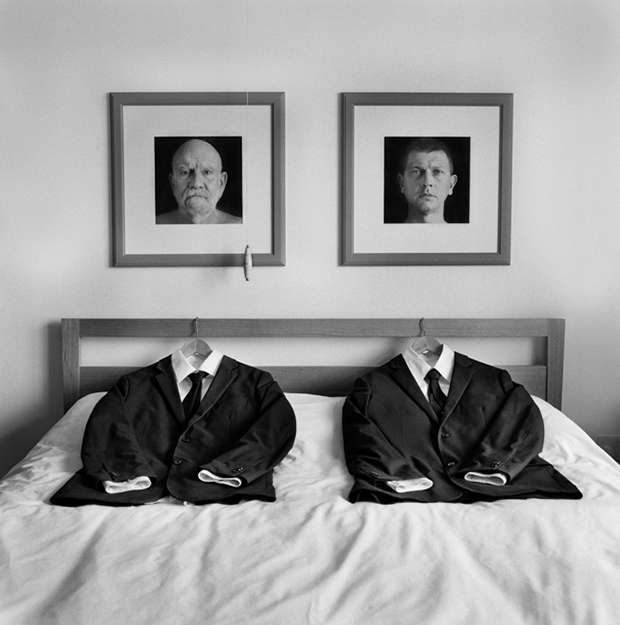 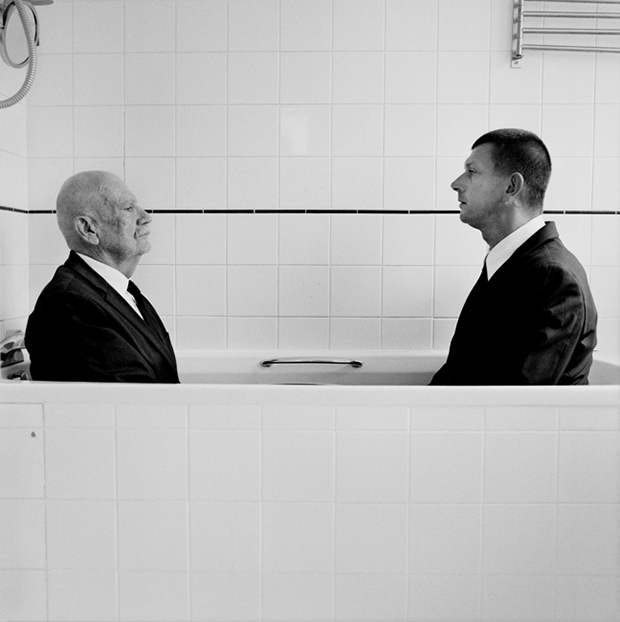 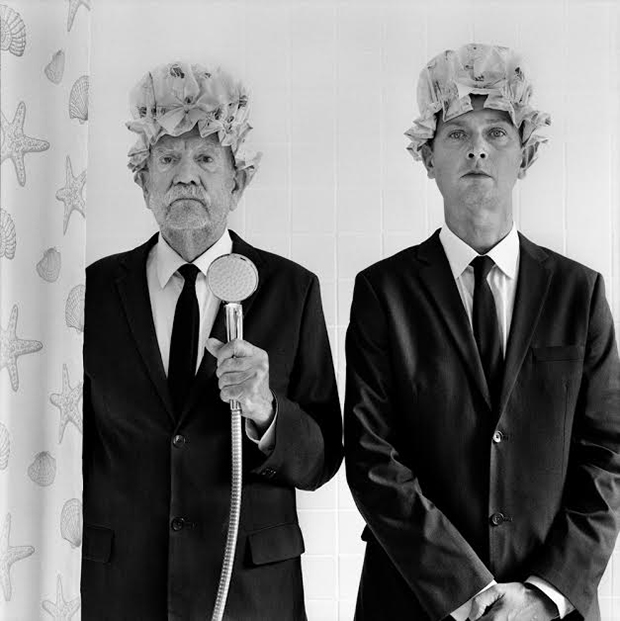 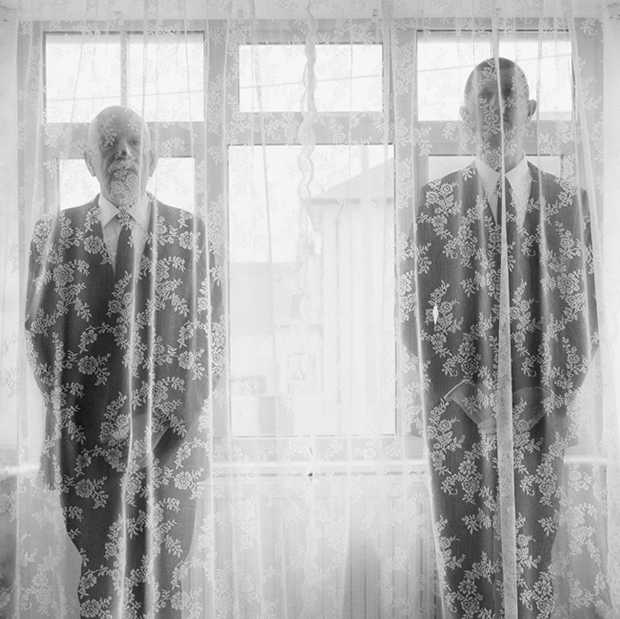 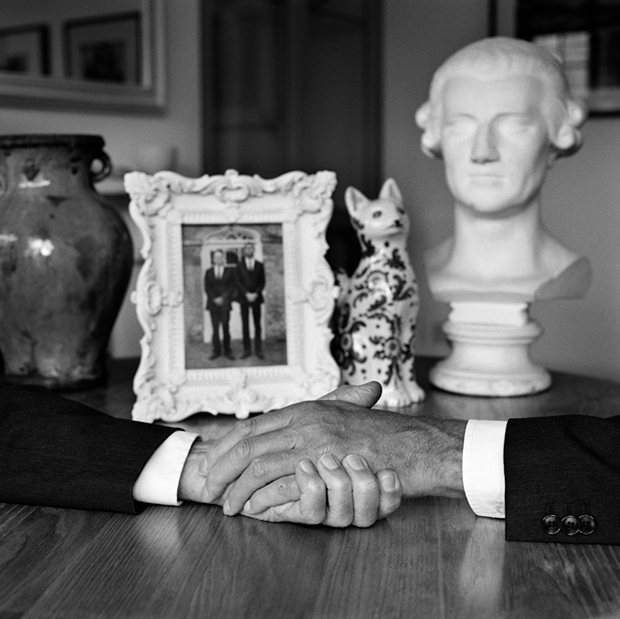 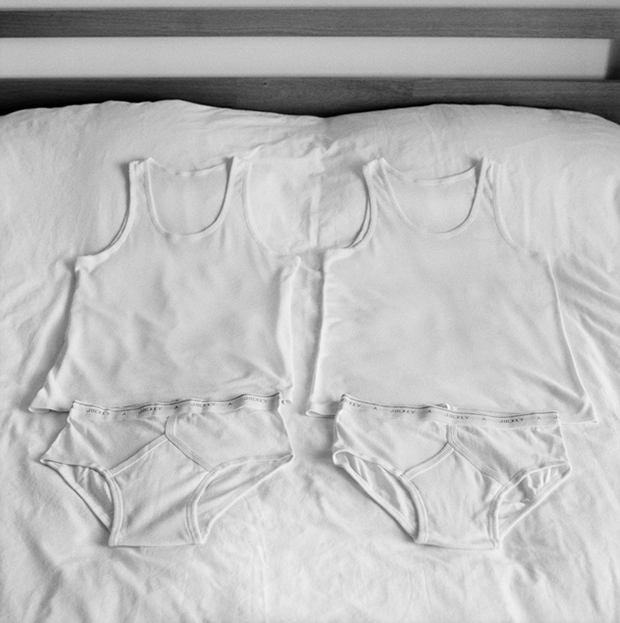