The Photographer Creating a “Geography of Hope” in the 21st Century 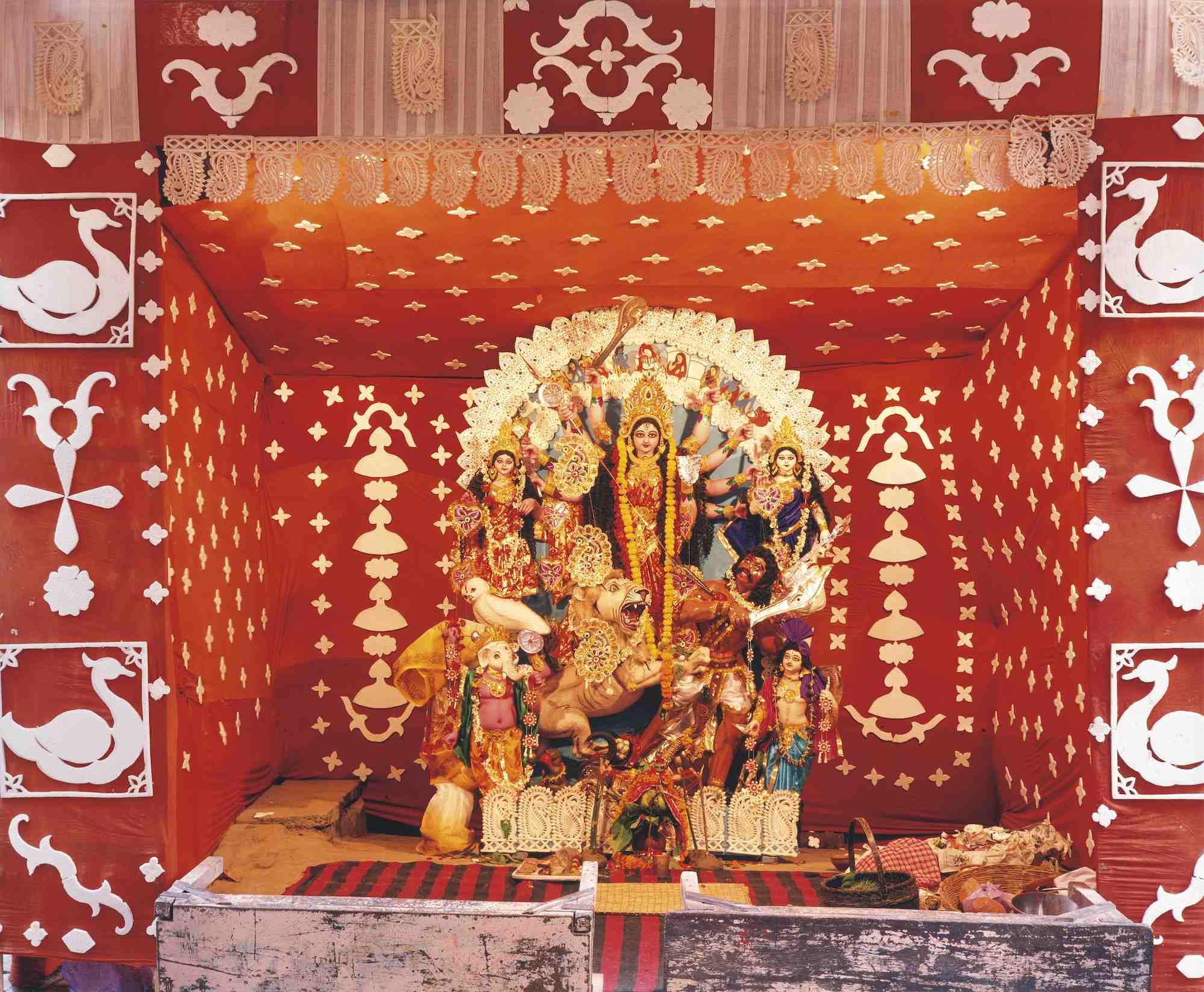 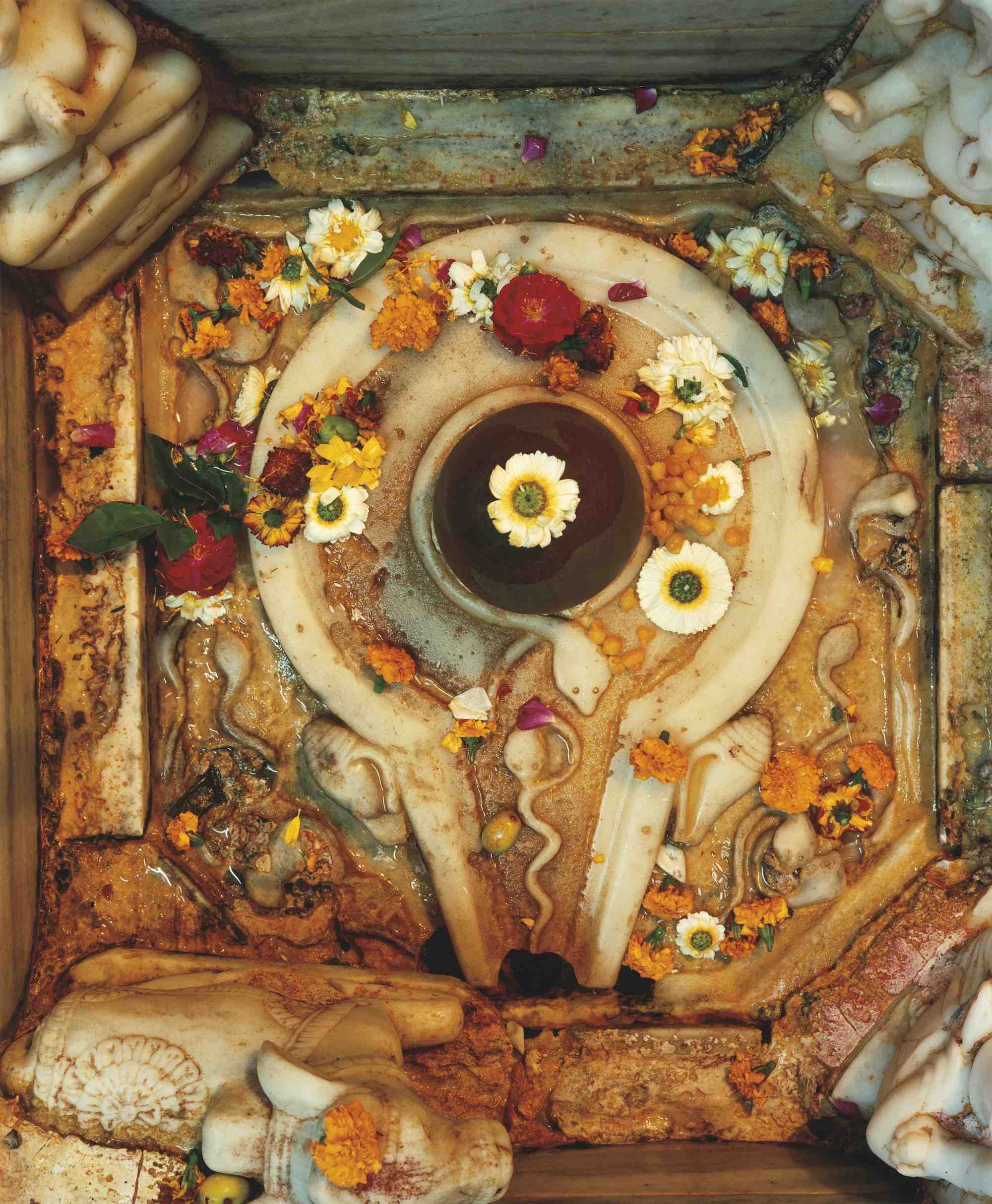 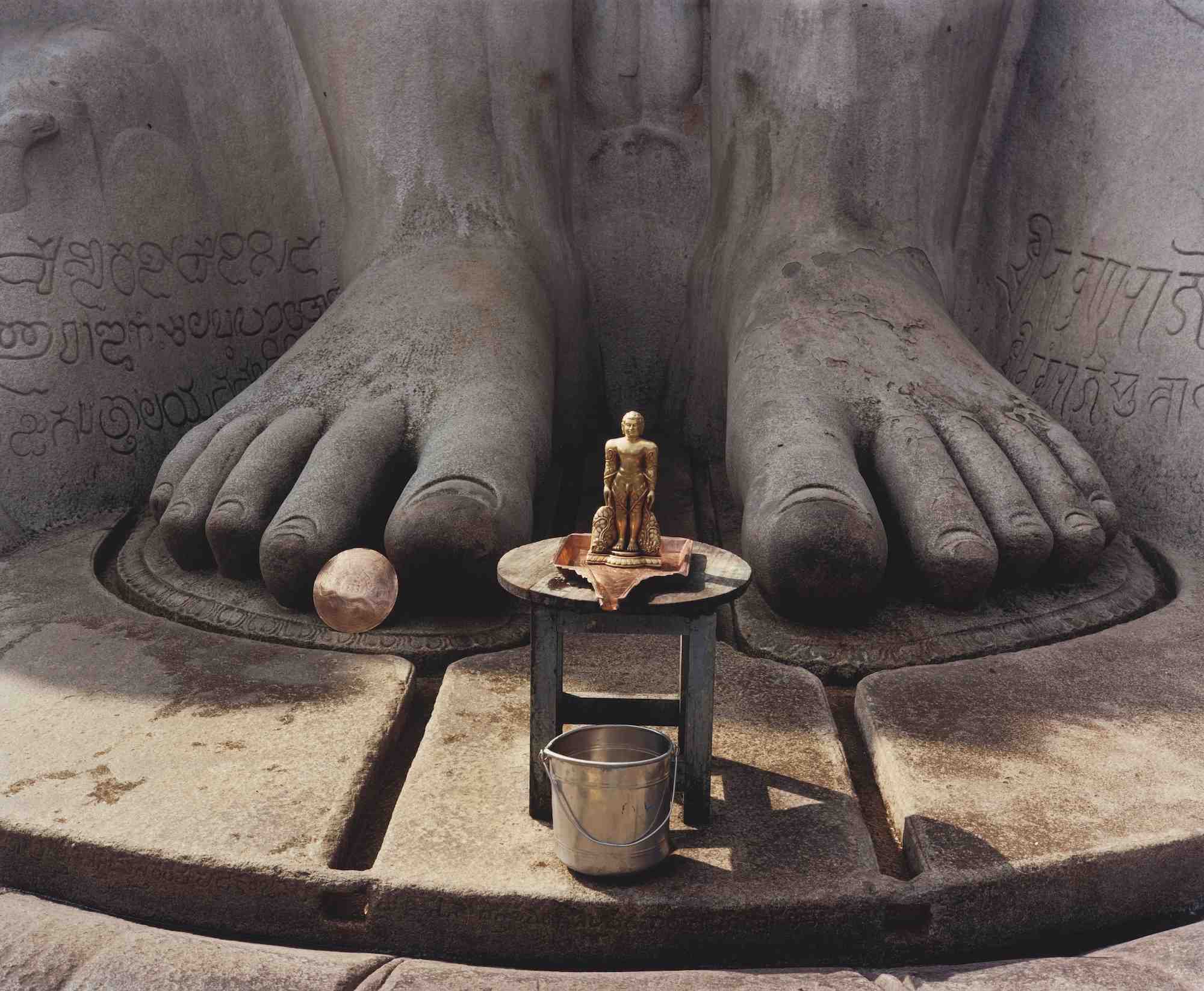 Our faith in modernity is guided by a belief that “science” is grounded in rational belief — when in fact, so much of what can be observed is that it merely carries out the logical consequences of irrational thought. From the atomic bomb to the Tuskegee experiment, Chernobyl to climate change, the past century is rife with horrors of modernism perpetrated on an innocent populace and planet by those who purport to be acting in our best interest, wholly disregarding the oath of Hippocrates.

It is a rather telling, albeit tragic, truth that most people refuse to acknowledge the failures of their belief — let alone act in their best interest — until it is much, much too late. It is only when the die is cast and the end is near that most will consider they have been duped by a system that exclusively profits the powerful. It is then and only then that they may begin to open their heart, seeking solace, forgiveness, and salvation for upholding a system that has devastated the planet and all the life it holds.

But we do not have to side with the masses and wait until it is too late to act. The evidence exists in the here and now, and there is still hope. Over the course of two decades, photographer David T. Hanson worked on the frontier of a new kind of war zone: the catastrophic destruction of the environment by an increasingly industrialized and militarized culture. Between 1982 and 1999, Hanson traveled throughout the United States to some 200 sites in 75 different industries in an extended investigation into the systemic decimation of the American landscape. 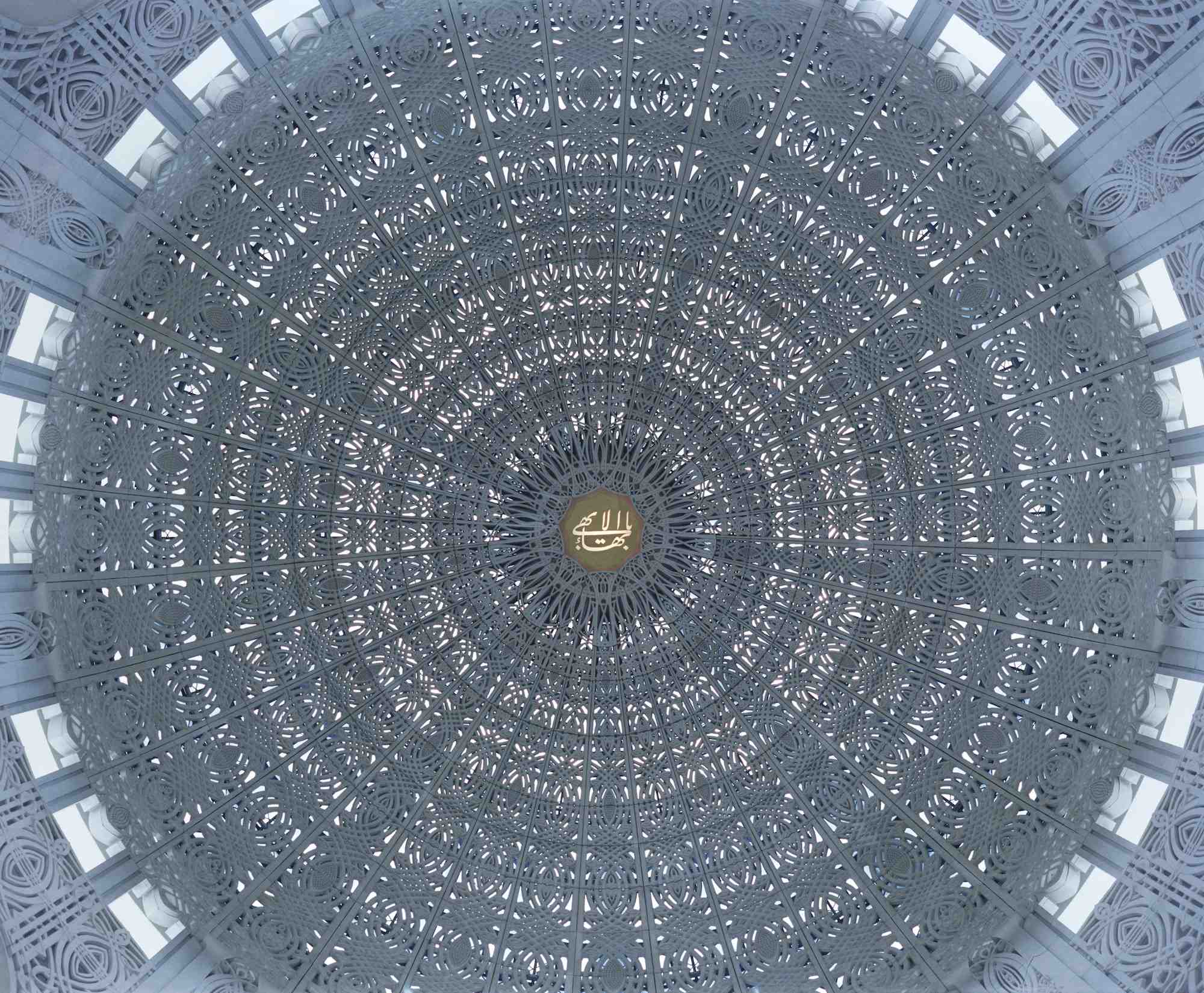 The photographs bear witness to the most enduring monuments of Western civilization. Rather than Stonehenge or the Nazca Lines, the United States’ most enduring legacy will be the hazardous remains of our industry and technology, permanently etched into the land for up to tens of thousands of years to come. Hanson’s work — published in four monographs, exhibited multiple times at the Museum of Modern Art, and used to support environmental legislation on a state and federal level — proved physically exhausting and emotionally devastating, leading him in search of what Wallace Stegner called a “geography of hope.”

In his new book, The Cloud of Unknowing (Taverner Press), Hanson celebrates sanctuary in its most essential and integral form: the sacred spaces of hope, consolation, worship, peace, and adoration across a diversity of cultures and faiths in the United States and South Asia.The Cloud of Unknowing showcases 133 photographs made between 1998 and 2011 at Hindu, Buddhist, Muslim, Jain, Sikh, Parsi, Jewish, Christian, Native American, shamanistic, and New Age sites — monuments to the human spirit and all that it holds most sacred.

Where Hanson’s first four books offer a haunting meditation on a ravaged landscape at a time when climate change portends a horrific future, The Cloud of Unknowing presents a powerful counterpoint. The book’s title is drawn from an anonymous work of 14th century Christian mysticism and reinforces the underlying message of the work: we must find the courage to surrender our mind and ego into the realm of “unknowing” in order to begin to heal the wounds we carry within and exact upon the earth. Here, Hanson shares his journey out of darkness and into light. 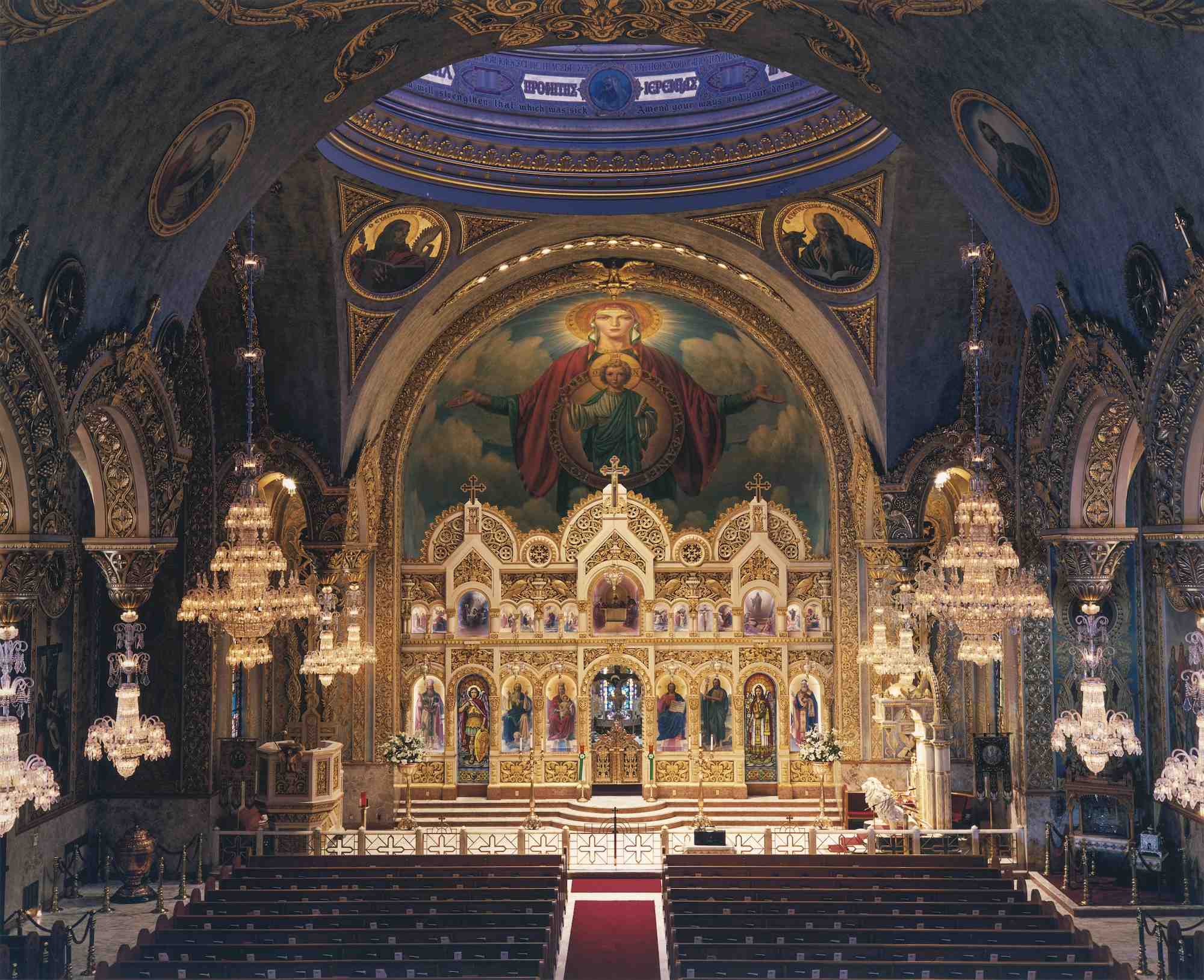 Could you speak about the impact of documenting the destruction of the American landscape over an extended period of time and space?

“In 1985, I received a John Simon Guggenheim Memorial Foundation Fellowship and traveled to 45 states photographing Superfund hazardous waste sites, which were documented in my 1997 and 2018 Waste Land monographs. Seeing the extent of the catastrophic environmental destruction, day after day, was a very disturbing experience for me.

“I felt like I was working in a war zone — which in fact I was. Sociologist Andrew Ross recognized this when he wrote: ‘Hanson’s Waste Land series is a stunning documentary of a century of organized state terrorism against the North American land, its species, and its peoples.’

“The work was physically exhausting and emotionally devastating. But I also felt like I had found a subject worth investigating and one that could be a service in some way. These photographs deal with a classic subject in the history of art, the interaction of humans with nature, which has been of particular interest to American artists and is inseparable from our shared heritage in the taming of the wilderness. Historian Leo Marx referred to it as ‘the machine in the garden.’ In my photographs, the machine has ravaged, even consumed the garden. The photographs are meditations on a despoiled landscape.”

Could you speak about how you arrived at The Cloud of Unknowing after concluding this series?

“After 20 years of investigating the contemporary American wasteland, I wanted to find what Wallace Stegner called a ‘geography of hope.’ I couldn’t go back to photographing wilderness areas. I thought it would be naïve at best and a lie at worst to do that at the end of the twentieth century, given the landscape that we have created and live in now. So I gradually found my way to making photographs of the sacred landscape.” 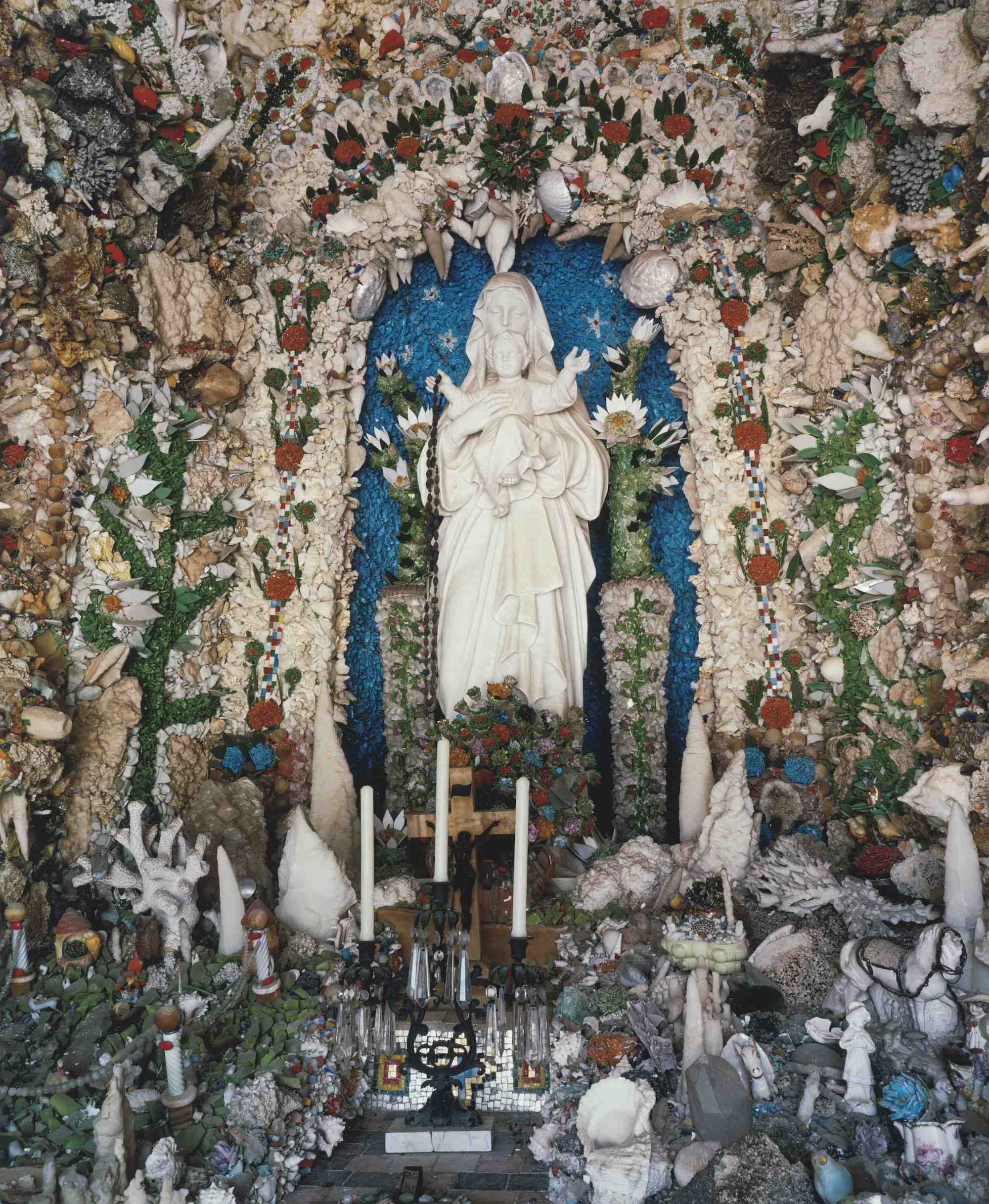 How do these journeys stand in contrast to your travels making the environmental landscapes?

“In my essay, ‘Notes on Waste Land,’ I wrote: ‘It seems frightening yet strangely appropriate that the most enduring monuments the West will leave for future generations will not be Stonehenge, the Pyramids of Giza, or the cathedral at Chartres, but rather the hazardous remains of our industry and technology…. Instead of a sacred sense of our place within a miraculous cosmos and a deep respect for the interconnectedness of nature and our role within its vast rhythms and cycles, we have created a patriarchal society buttressed by a religion that mythologizes—and a science that justifies—the separation, even opposition, of God, humanity, and nature.’

“In The Cloud of Unknowing, I have explored what has been created when imagination, affection, and a sacred sense of one’s place within the cosmos inform human activity. In contrast to the toxic monuments to our carelessness, greed, and deceit, the shrines portrayed in this book represent some of the best works of human creativity.”

Can you speak about the idea of creating a“geography of hope” in light of the challenges climate change presents to the globe?

“Where Waste Land examined the tragic results of our carelessness, greed and deceit, The Cloud of Unknowing offers us an alternative to the desperation we feel in the face of such devastation. In the chaotic and turbulent world in which we live now, the churches, temples, altars, and shrines in these pictures are places of hope, consolation, worship, peace, and adoration.

“As much as our world has changed, the silent, devotional places that I have documented in these shrines has remained relatively unchanged. My work displays the historical thread of spiritual practice and expression that runs from the ancient sites to the most contemporary ones, from simple shrines to elaborate cathedrals. Amidst the frenzied pace of our contemporary world, there is in these sanctuaries a sense of timelessness that is deeply nourishing and reassuring.” 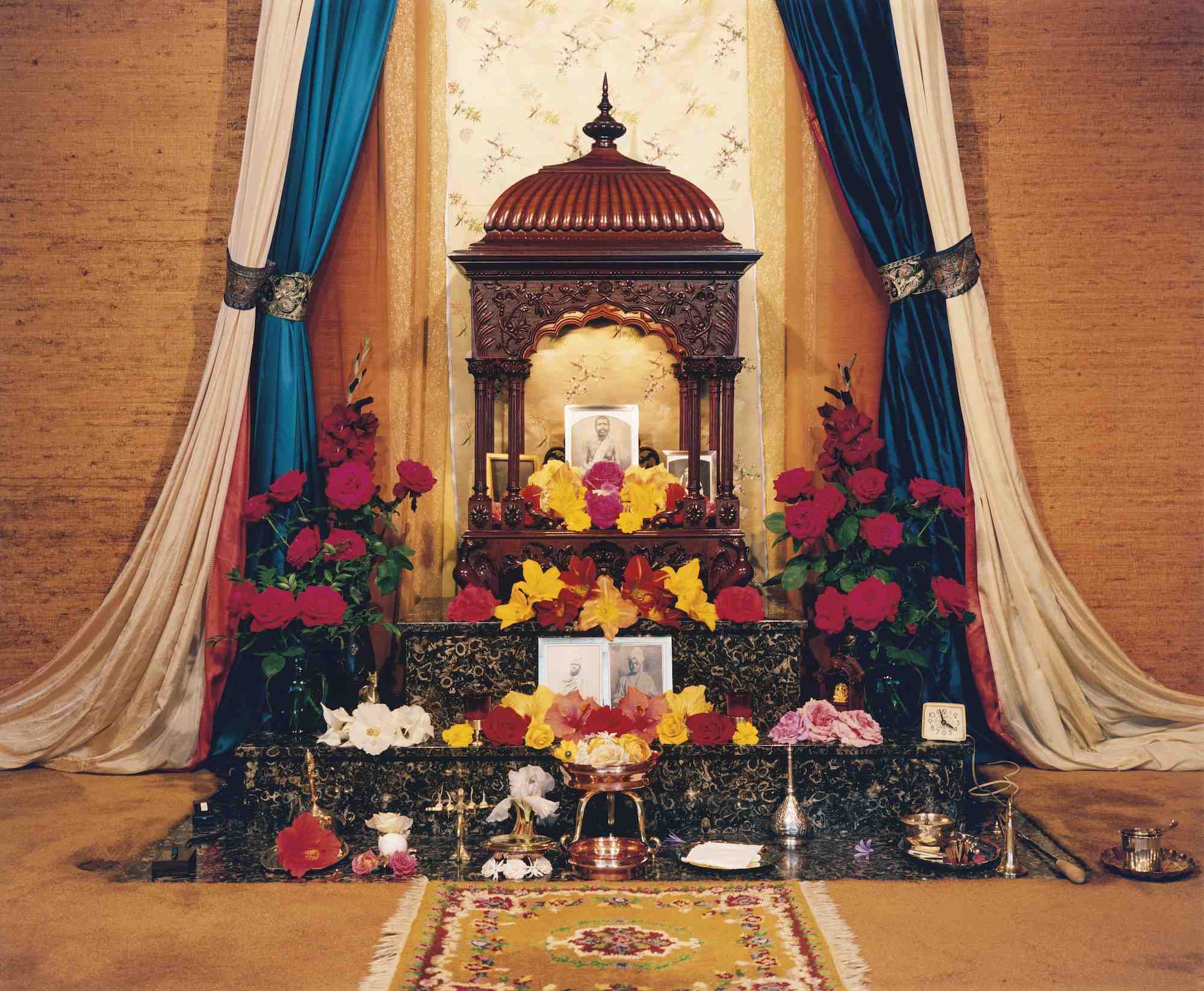 How does hope help us at this critical time in human history?

“The sacred spaces in these photographs speak to a very different place in us, a place of kindness, care, tenderness, generosity, and peace. One might say that the trajectory of my photographic work from Waste Land to The Cloud of Unknowing displays the full range of Teilhard de Chardin’s vision of the choice that humanity now faces between suicide and adoration: ‘Humankind is being brought to a moment where it will have to decide between suicide and adoration. . . . Someday after we have mastered the winds, the waves, the tides, and gravity, we shall harness the energies of love, and then for the second time in the history of the world, man will have discovered fire.’” 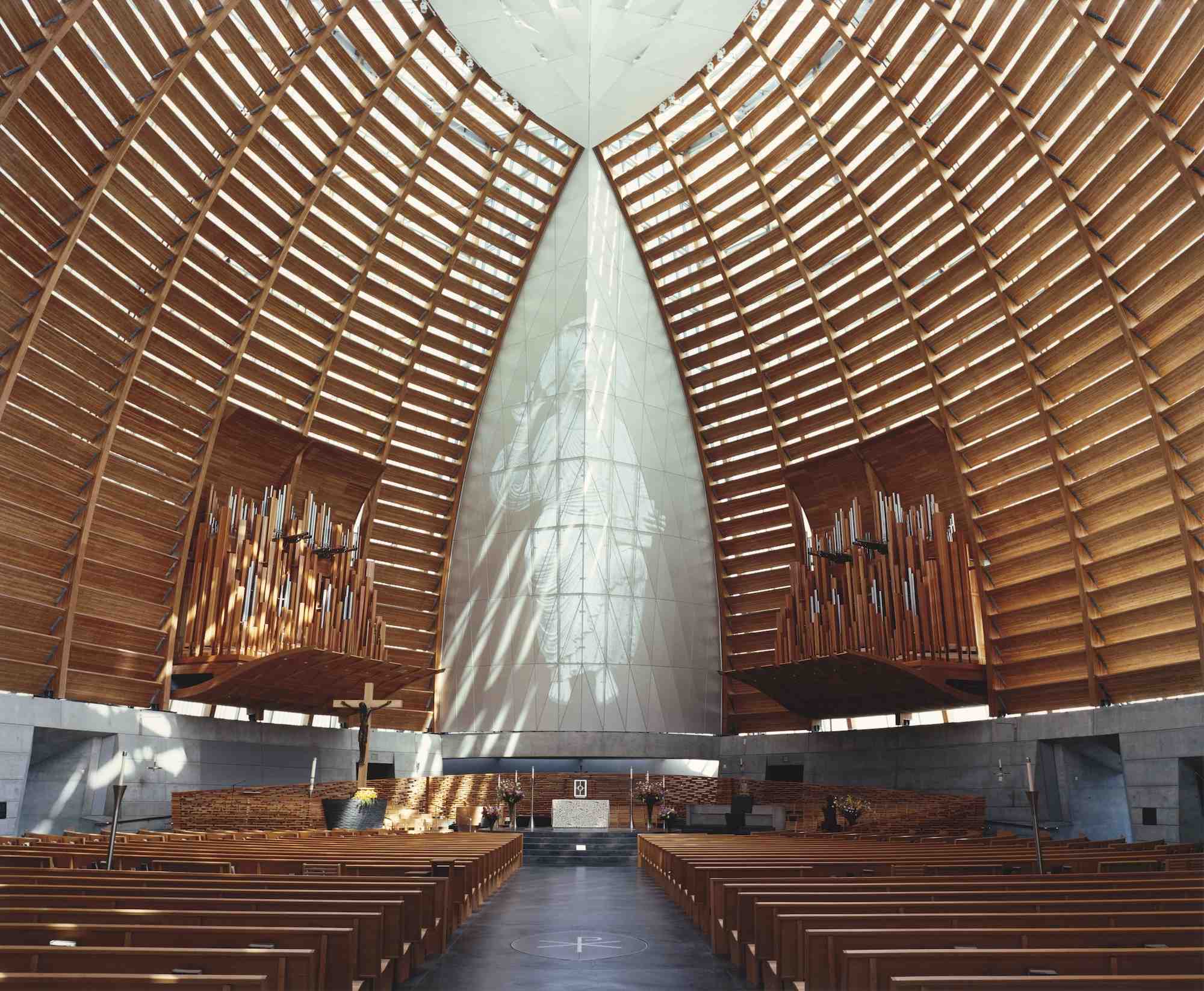 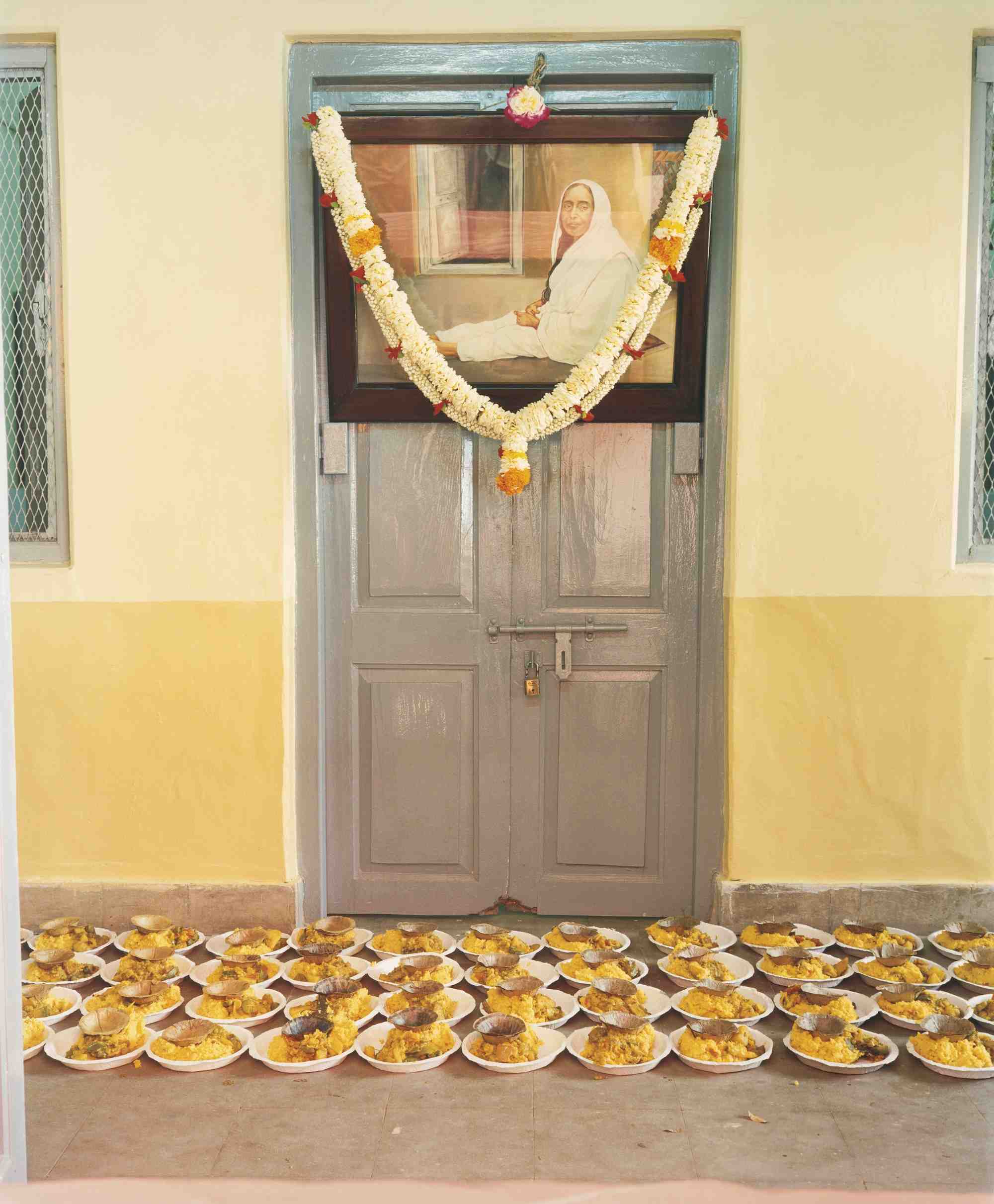 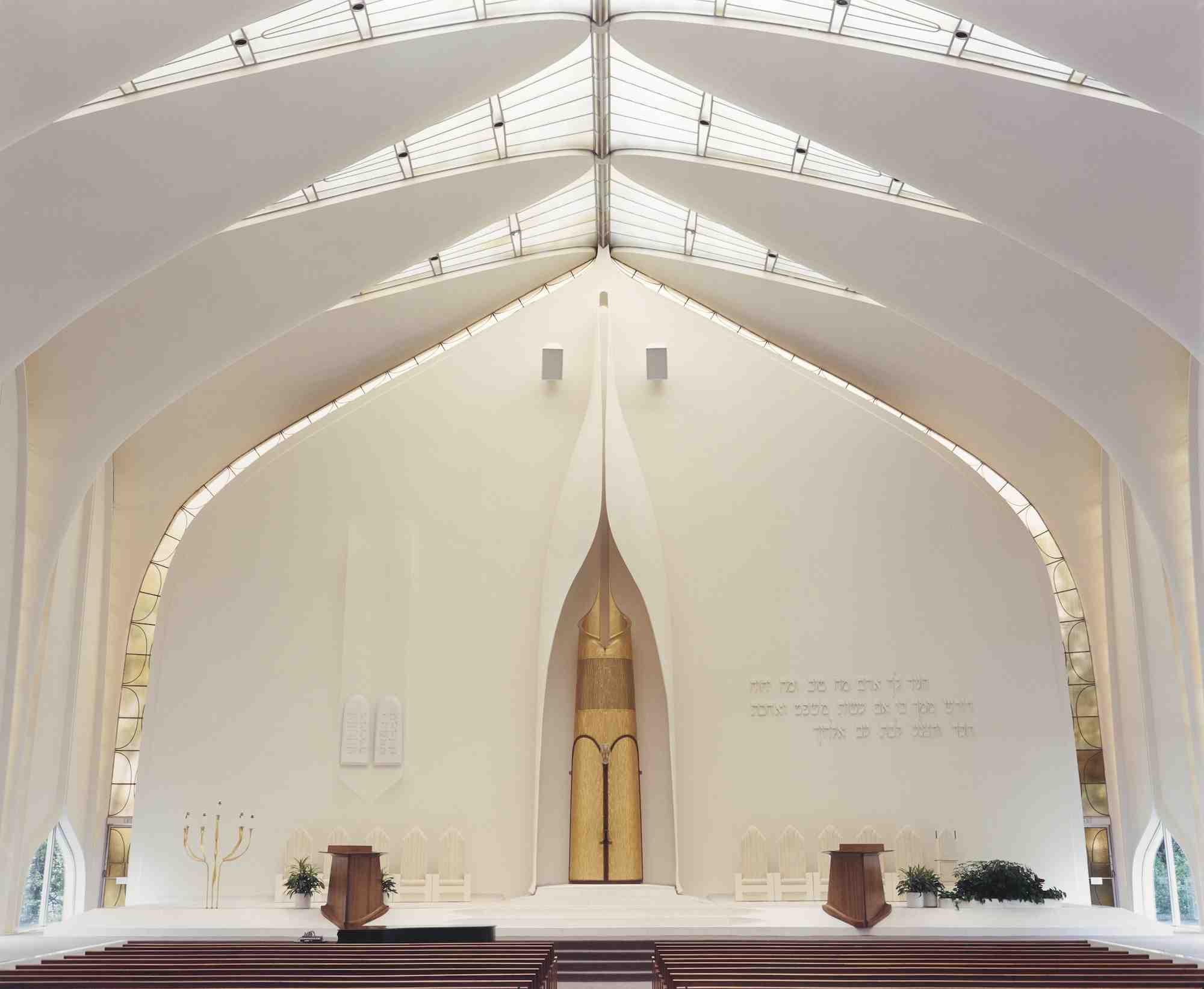 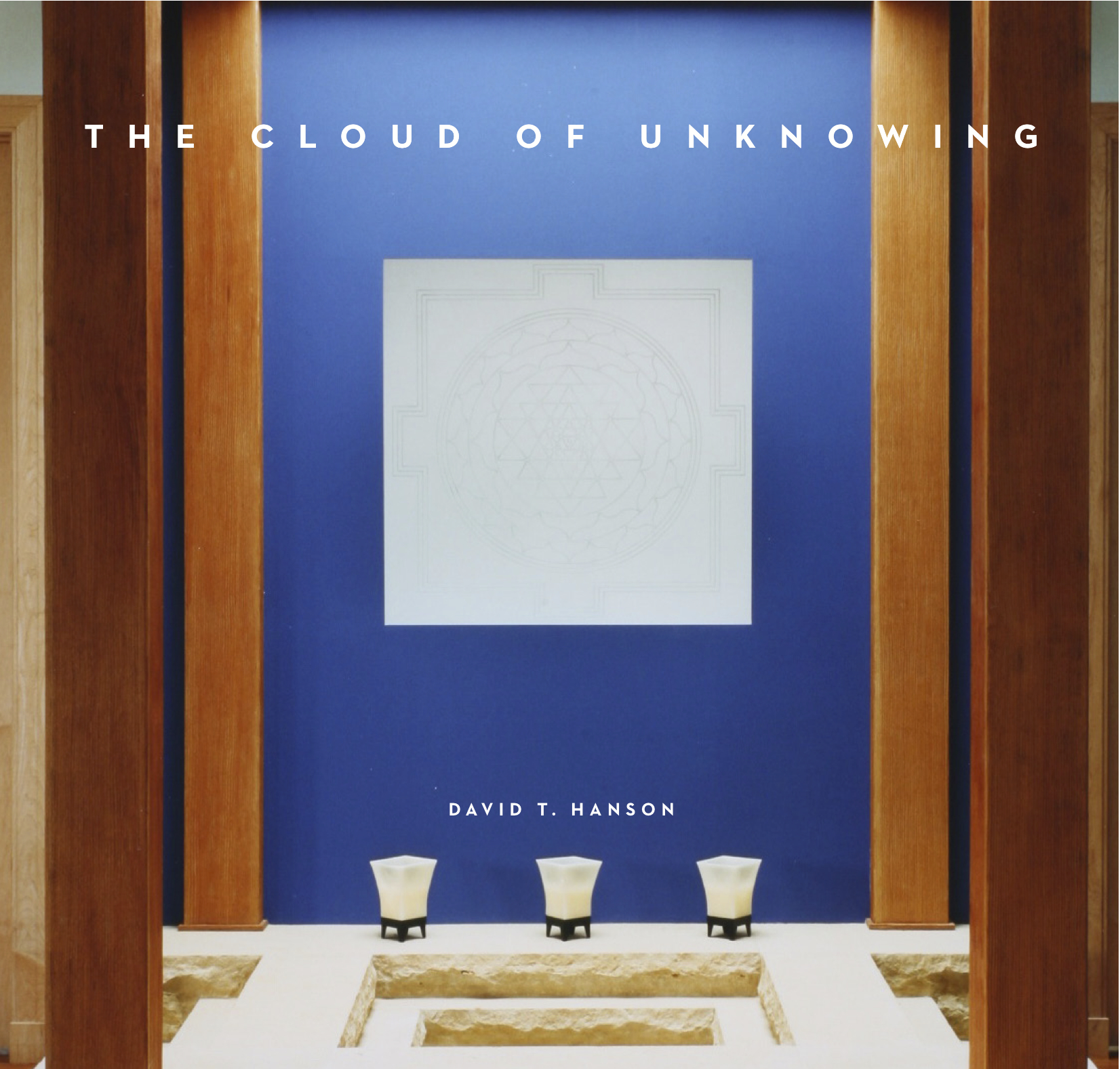 All images: © David T. Hanson, from The Cloud of Unknowing (Taverner Press).