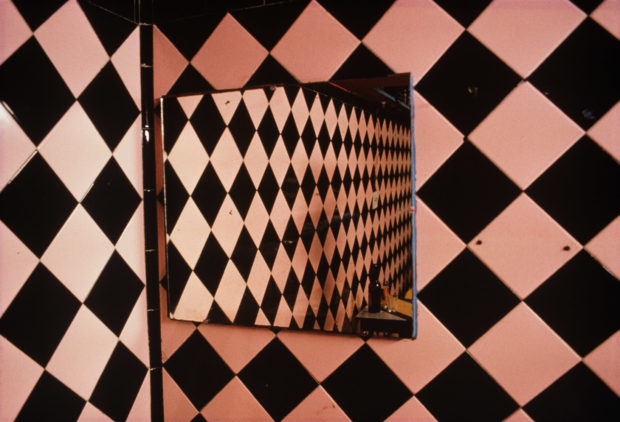 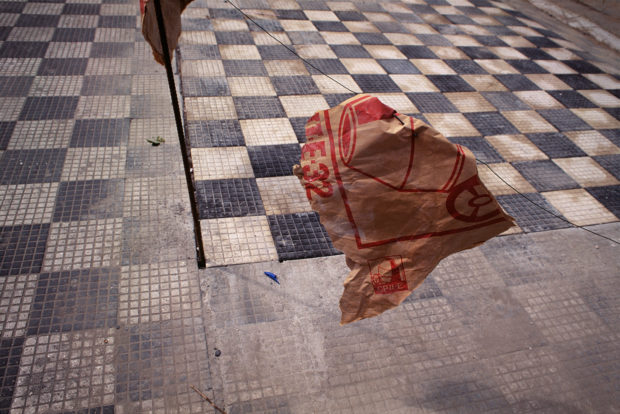 Cities are unnatural; they are purely man-made constructions of artifice masquerading as civilization that reinforce hegemonic conditioning of behavior and thought. Being adaptable, by nature, we are easily led to believe that the triumph of nature is our birthright despite all evidence that it is our death sentence.

The concentration of people inside a landscape of concrete, steel beams, and glass combined with the decimation of native flora and fauna leads to a curious result. Wo/man is never so lonely as being lost in the crowd, consumed by the shadow of fear — fear of missing out. Everywhere it seems, the illusion of success holds a promise that escapes their grasp: of beauty and joy, of status and wealth.

Here, city dwellers are locked inside a false binary, desperate to believe the illusions they are fed by pop culture and social media. They strive for the impossible, climbing to the top of the short ladder only to learn there’s nothing there; or they find themselves pushed to the bottom of it, excluded from the opportunity to learn that this is nothing more than an illusion.

Wherever one falls on the ladder, the city doesn’t particularly care. It will chew you up and spit you out before moving on to the next. Brazilian and French photographer Miguel Rio Branco understands this and captures the energy perfectly in the exhibition, Maldicidade, recently on view at Galeria Luisa Strina in São Paulo, Brazil, and collected in the new book of the same name from Taschen.

Here, Rio Branco takes us to New York, Havana, Salvador da Bahia, and Tokyo and discovers a landscape of sadness and pain. Here is the human condition woefully unfulfilled, led astray in search for that which does not exist. Instead, what exists Is absence and neglect, creating a powerful portrait of disconnection from the true self.

Drawing upon his formative years as the son of diplomats, Rio Branco understands the feelings of being displaced, of living in the world without a home, of constantly searching for something one can never find inside the urban environment. Rio Branco finds its expression most poignantly among those who have been marginalized, forbidden from setting foot on the ladder, and left to dream of what cannot be and never was.

“My work is like a tide of images that can take different directions, as in a sea of images that create poetic discourses that often unravel their documentary capacity, generating more meaning. They create rhythms and meaning that obliterate a simple proposal of reality,” Rio Branco is quoted as saying in the exhibition press release.

“Malicdade came from a mixture of the French expression ‘mal d’amour,’ love pain, and a damned city: sometimes I feel revulsion and, sometimes, attraction. But, I still think cities are on an irreversible path to terror after they reach a certain size, after an exaggeration made of millions of people. I do not think large concentrations of people are healthy; today, they seem to me a great attraction to disaster.”

Despite the darkness that pervades his work, Rio Branco reveals a profound empathy for his subjects. Stark as their lives may be, he does not judge but rather nods knowingly, recognizing that there are times when being seen and acknowledged is enough. 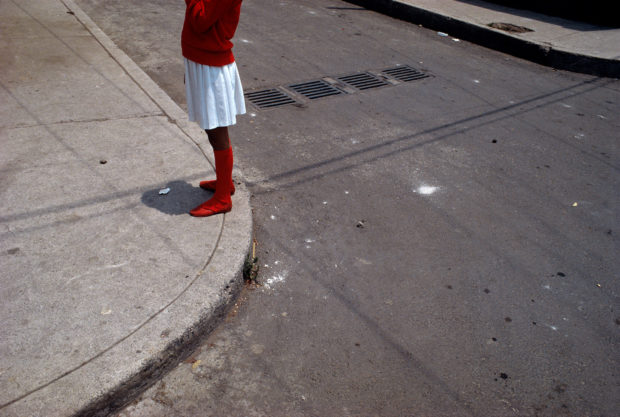 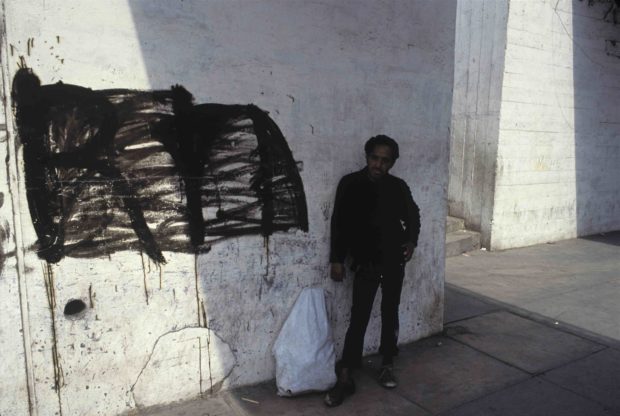 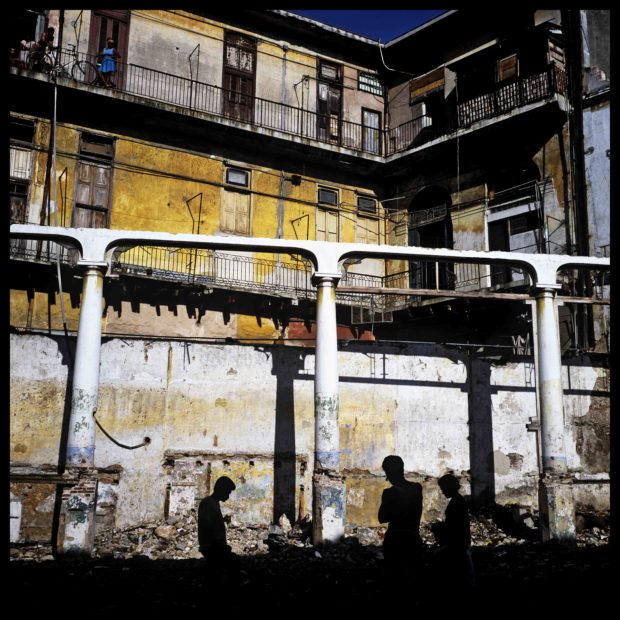 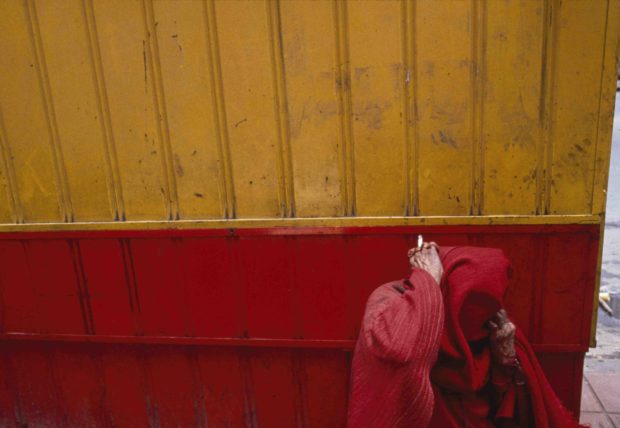 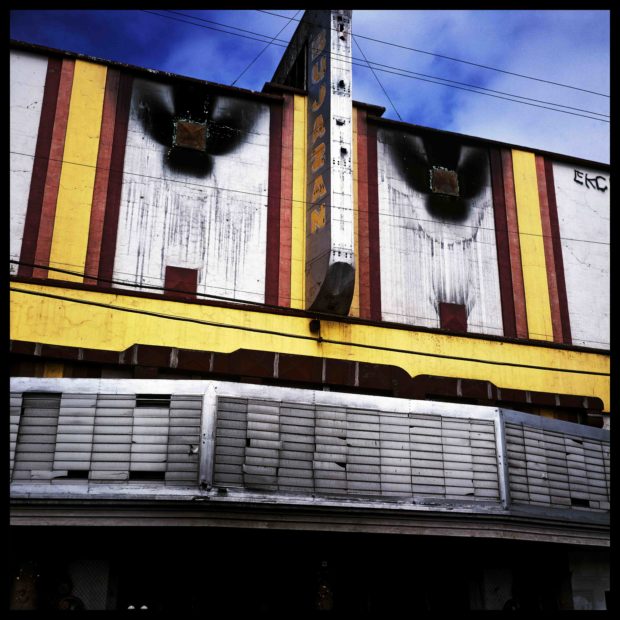 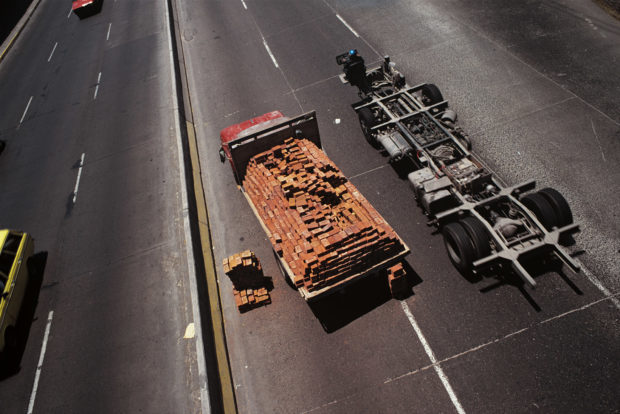