A Powerful Portrait of the First Peoples of Australia 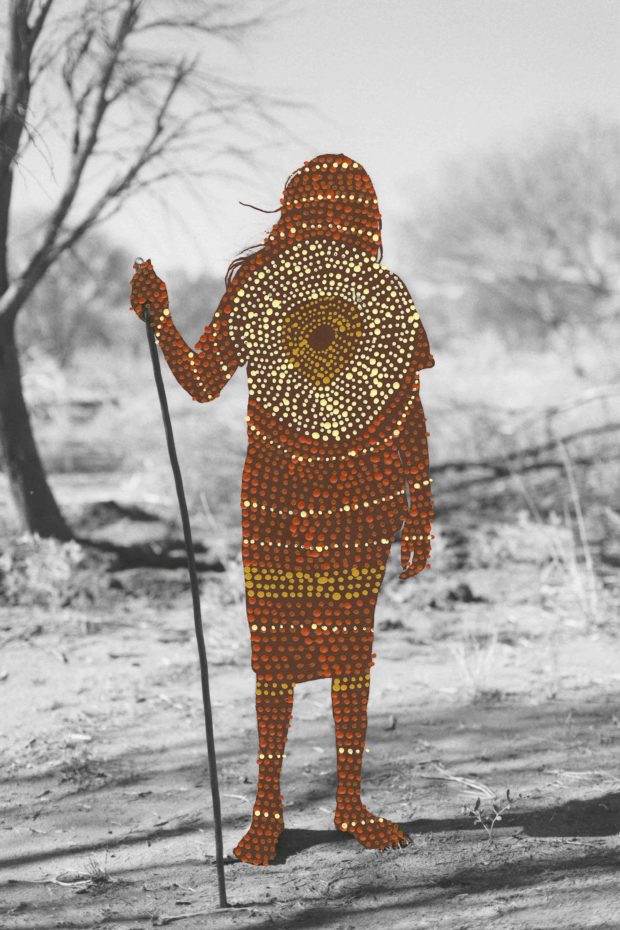 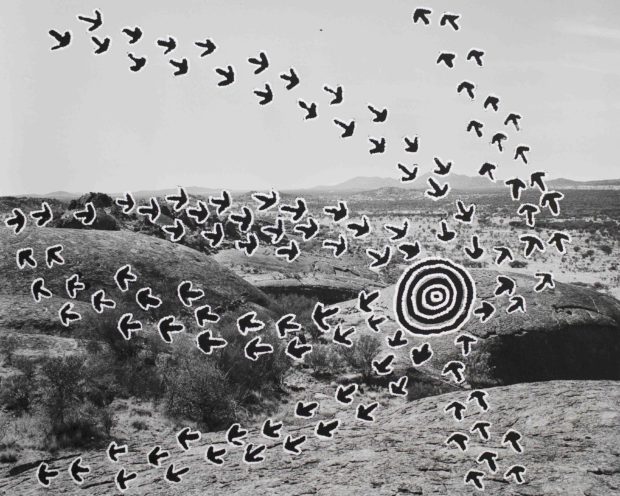 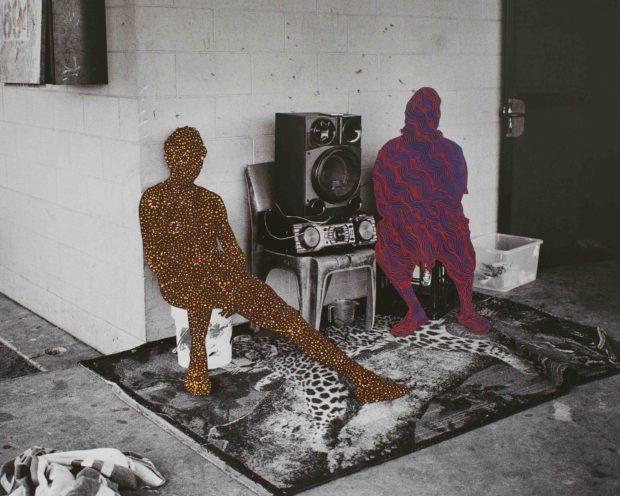 In 1899, British/Australian biologist and anthropologist Sir Baldwin Spencer and telegraph-station master Francis J. Gillen published The Native Tribes of Central Australia, an in-depth study of the customs and traditions of the Aboriginal groups living near Alice Springs. Initiated as members of the Arunta tribe, the authors were the first Europeans to witness the customs and social structures of a people that the state of Australia did not recognize.

The book featured 119 photographs, many of sacred rituals and ceremonies never seen by the Western world before. While the book caused a sensation in Europe, it failed to take into account the impact it had on those it documented — quite literally as such encounters with the disease-carrying Europeans often resulted in death:

“The very kindness of the white man who supplies him, in outlying parts, with stray bits of clothing is by no means conducive to the longevity of the native. If you give a black fellow, say a woollen shirt, he will perhaps wear it for a day or two, after that his wife will be adorned with it, and then, in return for perhaps a little food, it will be passed on to a friend. The natural result is that, no sooner do the natives come into contact with white men, than phthisis and other diseases soon make their appearance, and, after a comparatively short time, all that can be done is to gather the few remnants of the tribe into some mission station where the path to final extinction may be made as pleasant as possible.”

The abject disregard the authors take for their subjects’ welfare, accompanied by a self-satisfied pat on the back, is evidence of very nature of their occupation. Theirs was a mission to advance themselves at any cost, profiting off the exploitation of the subjects they purported to “scientifically” document. Their outright disregard is symbolic of a deeper truth: what is taken is fact is quite a deadly form of ignorance — one with which the First Peoples of Australia have paid dearly.

The photographs in the book were intended to exoticize rather than recognize a culture tens of thousands of years older than their own, while wholly disregarding the rights of their subjects to protect themselves from how their images would be used. Like the bacteria and viruses they carried, the authors’ were invasive, photographing sacred sites and the dead, dehumanizing acts of blatant disrespect.

We would like to believe attitudes have changed, but that may very well be an act of faith. What has changed, however, is the access to these images. In institutions across Australia and Europe, colonial-era archives of anthropological artifacts are often restricted to the general public; often only the descendants of those depicted can decide who is allowed to access them.

Nature, of course, abhors a vacuum. Without Western images of Aboriginals readily available for consumption and use, space has been granted for First Peoples to take agency over their image. The new book, Patrick Waterhouse: Restricted Images – Made with the Warlpiri of Central Australia (SPBH Editions), does just this, with a series of black and white photographs of the Warlpiri by British artist Patrick Waterhouse.

Here, we see the Warlpiri as they wish to be seen, either fully silhouetted or covered in dazzling dot paintings done by their artists. By removing identifying characteristics from the photographs, the Warlpiri offer a new way of seeing, one that is predicated upon respect for a culture and a people that have been systematically destroyed by Western “civilization.”

These photographs may appear to be “restricted” to the Western eye that forces others to submit to their unyielding gaze that seeks out otherness in every possible corner of the earth. But to a more sensitive, nuanced soul they simply are profound portraits of the essence of a people who graciously wish to engage in the world on their own terms. By protecting their identities, they have un-othered themselves from prying eyes who are left only to consider the nature of a people who have persevered against all odds. 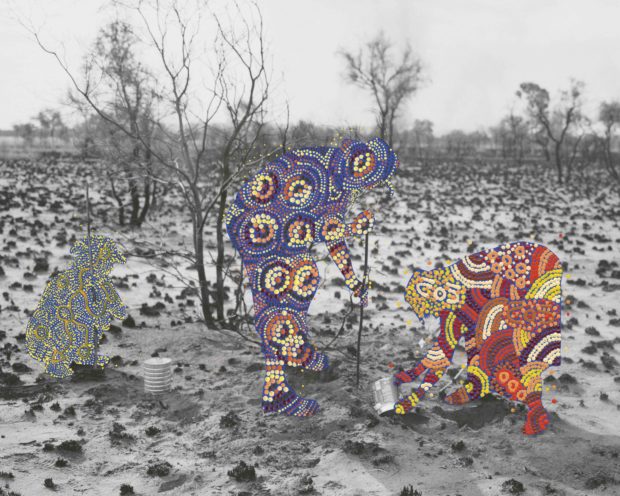 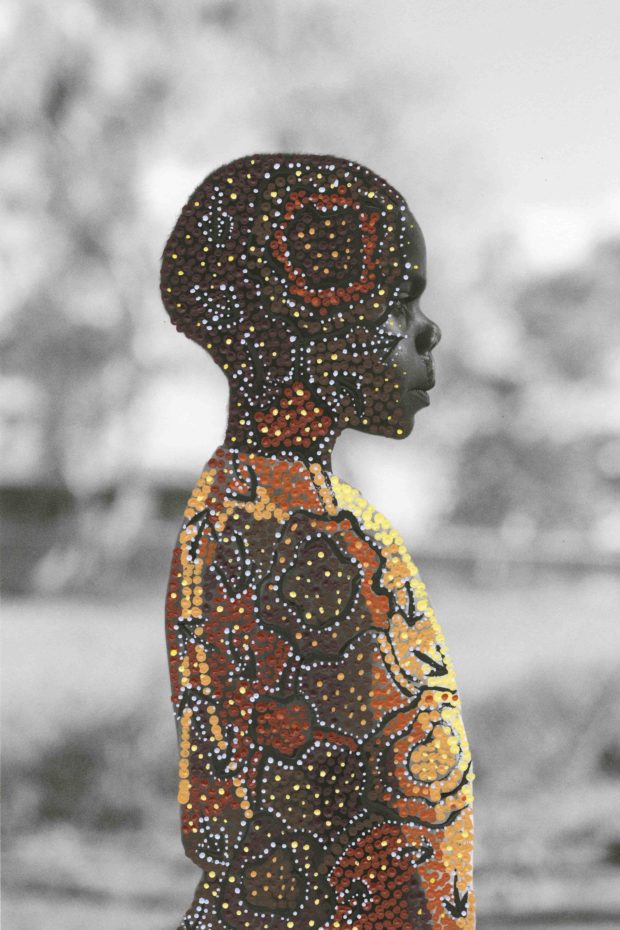 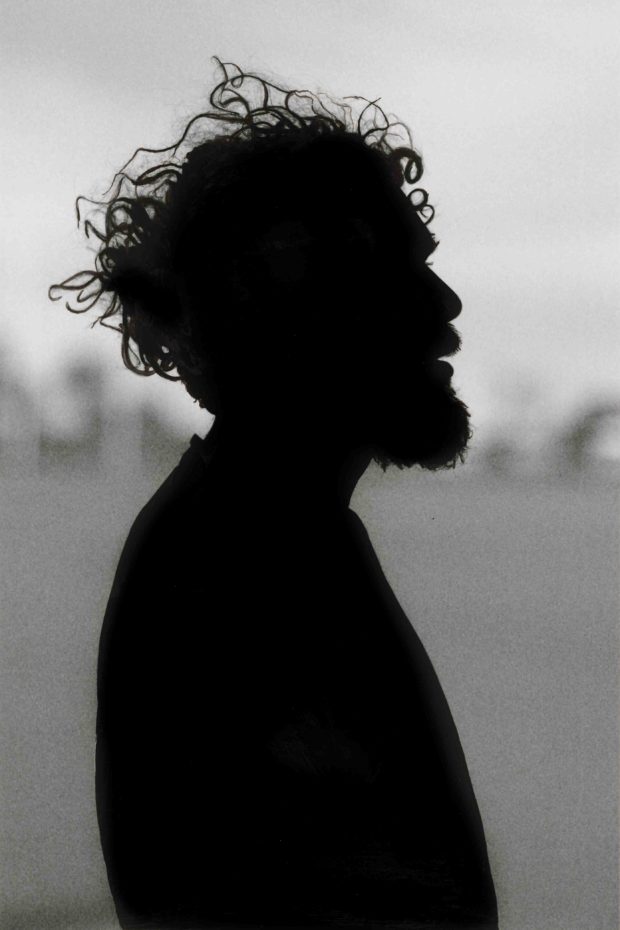 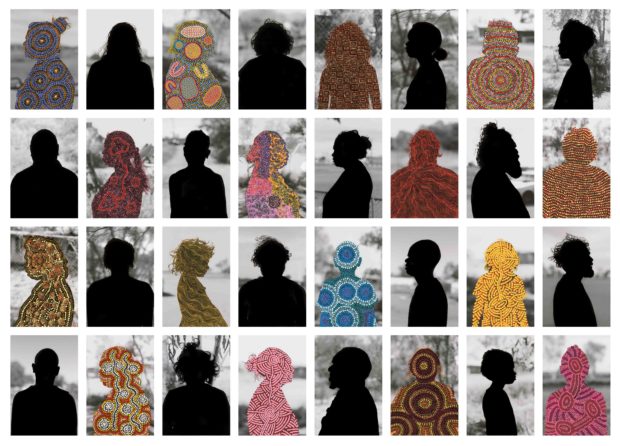 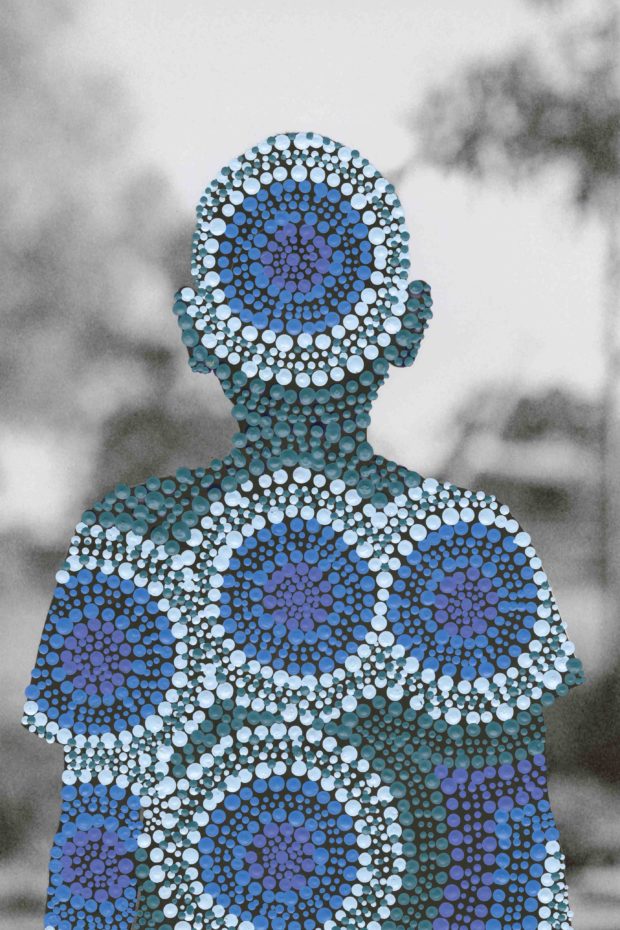 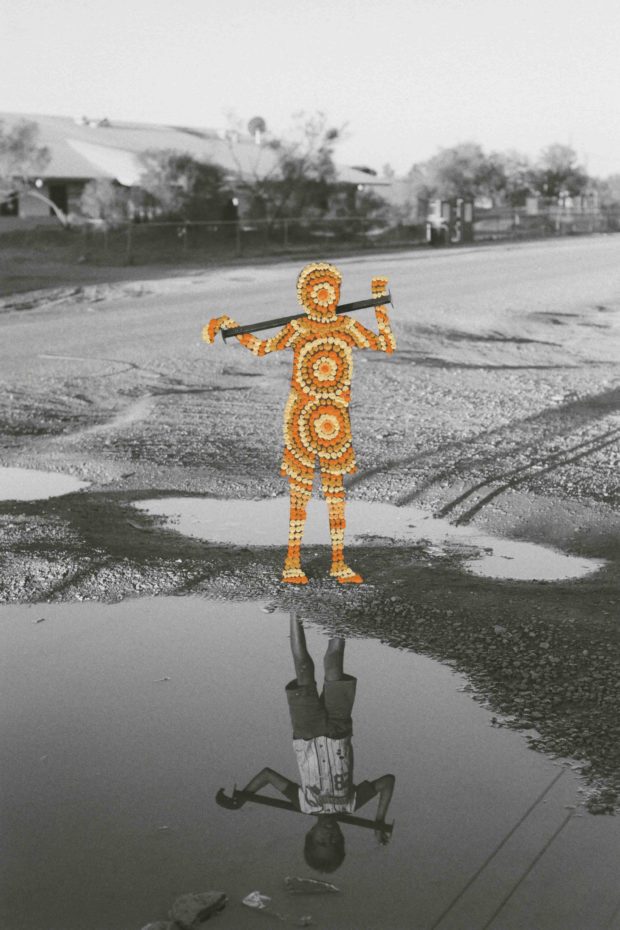 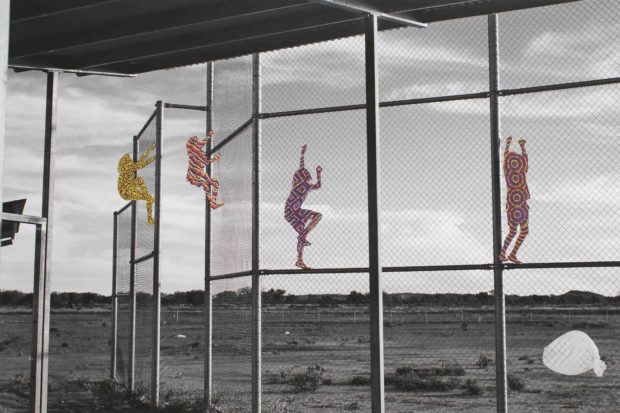