Colorful Photos of Fabric Floating in the Sky 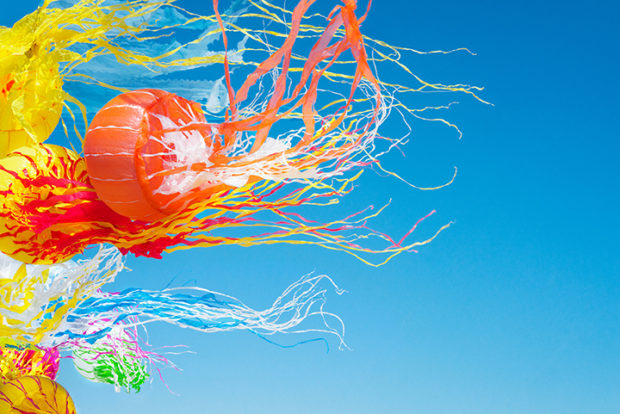 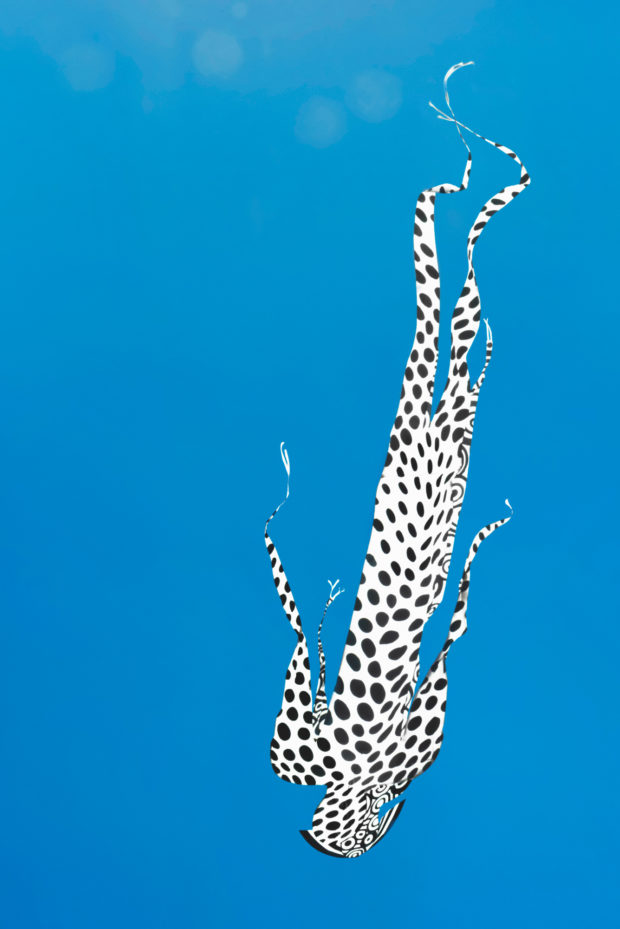 For 30 years, American photographer Sally Gall has captured the mystery and majesty of the natural world, but it wasn’t until one fateful day in Sicily that color came to her–in the mesmerizing contrast of freshly laundered garments hanging on the line, wafting and waving in the late summer breeze against the vibrant blue skies–that Gall found inside the camera world she had never known before.

From that day, Heavenly Creatures was born, a series of color works recently on view at Julie Saul Gallery, New York, and in book of the same name, to be published by powerHouse in June. Evoking the spirit of abstract artists such as Joan Miro, Wassily Kandinsky, and Georgia O’Keefe, Gal’s Heavenly Creatures are mesmerizing meditations of the spiritual realm, an ethereal essence that exists within all things, no matter how pedestrian, humble, or mundane. Here, Gall shares her journey into a world where representation becomes more than the thing itself, but a space for the possibility of transformation. 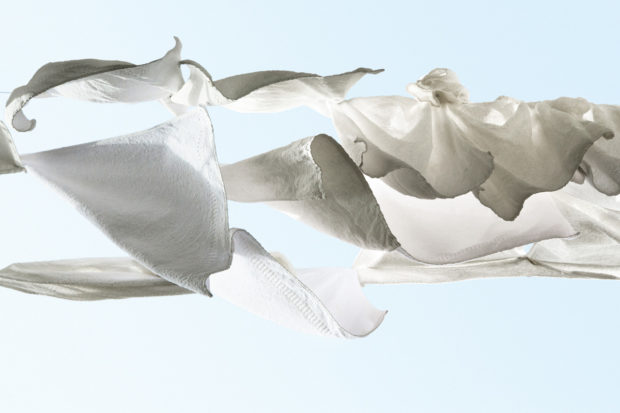 Could you take us back to that day when you were wandering through Syracuse, Sicily, and found yourself drawn to the color and movement of laundry drying on a clothesline?
“In September 2016, I was on a trip to Sicily with my husband, Jack Stephens — a cultural “vacation” so to speak, a three-week adventure around the island. One day in the ancient center of the town of Syracuse, I went wandering with my camera on a windy bright day. My favorite activity is wandering, looking, without an actual goal or destination. As I walked through the narrow streets of the historic center my gaze was continually drawn upward to a swirl of moving color  — which turned out to be laundry hung out to dry from balconies, in the public space of the street, intimate objects in a public space.  The sky was luminous, the wind was strong, and the swirling laundry overhead looked otherworldly.”

Could you describe the sensation you felt in that moment, and what it was about the magic of the mundane that led you to begin thinking about this as something you would like to explore in your photography?
“I took a few ‘snapshots’ and went on my way, but later, back in my New York studio, looking at those casual photographs, I was taken by how compelling some of the images were. The subject matter was fairly obvious but because I was shooting directly up, against a brilliant blue sky, there was an abstract color field quality to the photos. I became so interested in the handful of photos I took that I did something I have rarely done. When time allowed, several months later, I got on a plane and went right back to the scene of those ‘snapshots’: Syracuse, Sicily, and began to photograph in earnest.” 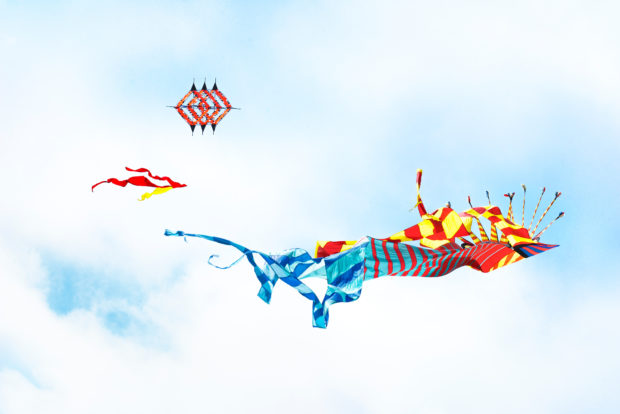 Could you speak about what it was like to feel “the allure of ecstatic color” after working 30-plus years as a black-and-white photographer?
“The first few laundry photos I shot were in black and white; photos of white sheets against a blue sky which read as white sheets against a white/grey sky, and they were boring. I realized that what I was responding to was the intensity of the deep blue sky as a pure field of color, with white luminous floating ‘ghosts’ which were in fact bed sheets and pillowcases. Photographing in black and white, my usual medium, dulled it down, so I turned to color and began to explore the expressive possibilities of colorful clothing against brilliant blue skies.”

How did working in color inform or transform your approach to photography?
“The sky color demanded other vivid colors. I was drawn to the emotional qualities of the saturated color. Up until this point in my photo career,  I had eschewed color as being too real, too descriptive, too much a part of the everyday world and I was drawn to the inherent abstraction of black and white photography in my efforts to make a poetic image. But at this ‘laundry’ moment, I began to explore the expressive possibilities and abstract potential of color via colorful clothing against various blue skies. I discovered some obvious things: how many shades of blue there are and how every blue sky is different. Color became concrete, a form. Instead of first seeing shapes and forms in my potential compositions, I saw color first, and shape, form, texture, line, etc. second.” 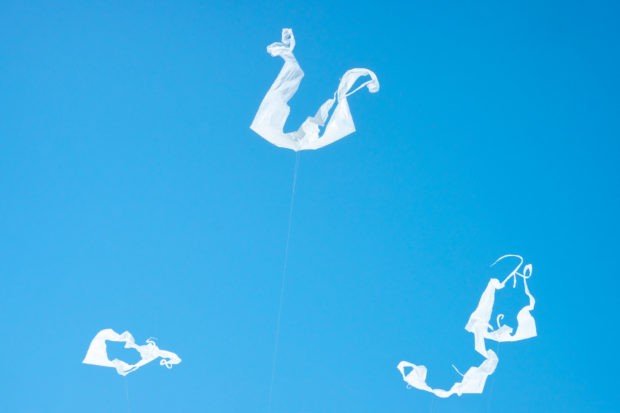 At what point did you begin to see a connection between this body of work and the paintings of artists like Miro and Kandinsky, and how did this dialogue between abstract painting and color photography inform the way you thought about this series of work?
“Back in my studio looking at the more extended body of work I had shot on my second trip to Sicily, there were images that made me think of various abstract painters whose work I love. I love the painting of Kandinsky because the edge between pure abstraction and representational imagery is blurred. At first look, Kandinsky’s paintings appear to be sensual forms of pure color, but gradually references to landscape imagery and human imagery emerge. I love the subtly of color and form that is a reference to something that is perhaps in the real world, but perhaps not. I also love Kandinsky’s use of strong color and the emotions it brings forth — how the color creates space, creates a push/pull of receding and advancing movement. This was all in my mind as I worked as a reference point.  I wasn’t trying to emulate the painters. It was an appreciative association of color and abstract form.”

Do you think of these photographs as abstract, representational, or something else altogether?
“The photos are representational, literally, in that they depict something that I am actually seeing and photographing. My artistic choices  — lack of contextual information, no horizon line thus no feeling of gravity, an object against the blank field of a sky, thus no deep space — make a skirt hanging on a laundry line look like something else. In this work, fairly straightforward subject matter is transformed by my artistic choices into a much more abstract poetic photograph.”

Could you speak about the title Heavenly Creatures? How and when did the idea of a mystical element to the work occur to you?
“‘Aerial’ is the name of the body of work about the laundry on the line. When I photographed kites, I felt that I was always looking up into the heavens, into the infinite space of the sky — much higher than the laundry lines. Often the kites were ‘creaturely,’ both representational and not so. Sometimes there are some very surreal looking kite ‘creatures’ up there.

“There was a day at a kite festival when I was out on the beach in a big fog. It was very ‘white’ overhead, and there were a huge group of white kites in the white fog. They went from visible to invisible as the fog thinned and thickened, the wind was blowing the fog around. The kites looked like angels and spirits were flying through the sky.” 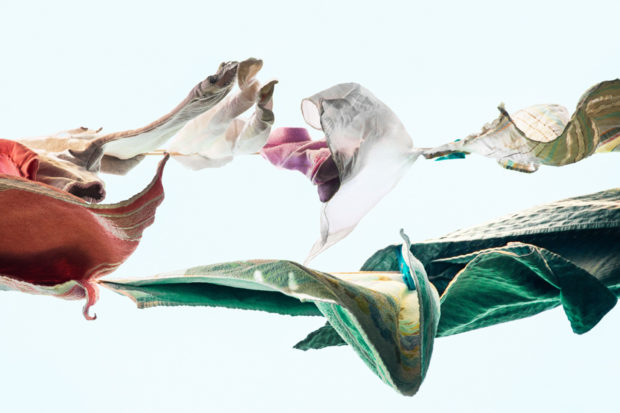 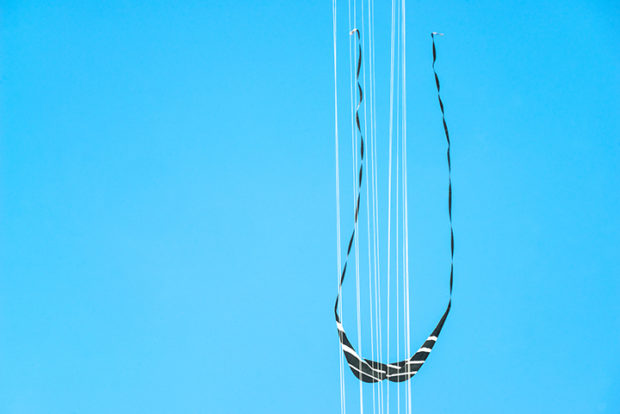 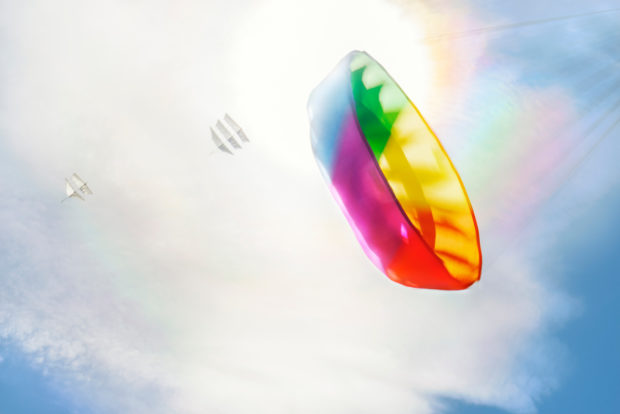 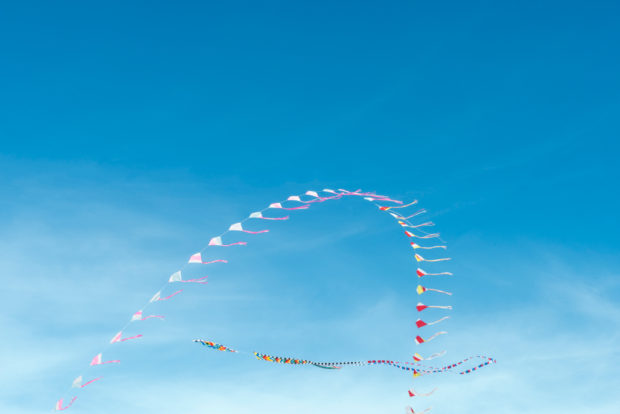