A Portrait of Love Among the Ruins of Post-Industrial America 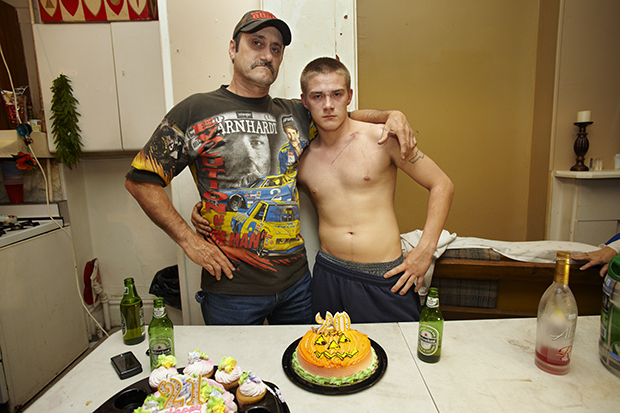 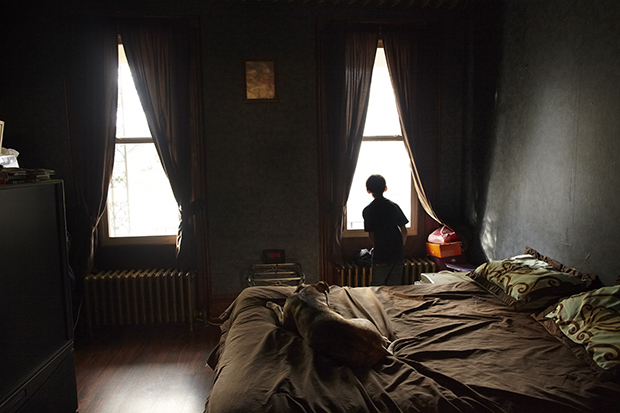 Tony in the dark bedroom, looking out the window 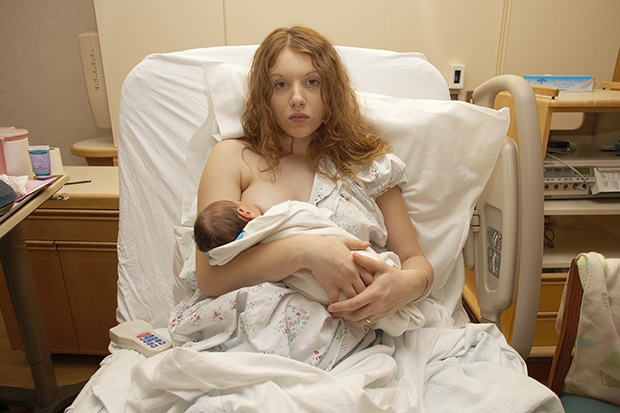 Dana nursing KyLanne the day before she took her baby home

In the dystopian mythos that fuels the American Dream, poverty is a mark of character upon which outrageous projections are made. Many, clinging to the illusions of living in a meritocracy, where everyone starts on a level playing field, prefer the ignorance of ideology above all, villainizing the victims of a system designed to create a permanent underclass upon which America’s Next Top Billionaire will assuredly feast.

Poverty, as it is presented to us, is a choice — the wrong one, the experts suggest. “If only these people would X, Y, or Z,” the armchair analyst adds without the slightest shame, from the comforts of their breakfast nook while scrolling the latest headlines on their news feed.

“X, Y, or Z” could be any number of conservative talking points that focus the minutiae of personal accountability while turning a blind eye to the crushing weight of living hand to mouth in country that has designed systems to profit off your demise.

Artist Brenda Ann Kenneally knows how the game is played better than most, and uses her knowledge and wisdom expose the truth — rather than perpetuate the lies told and sold. In 2002, she and author Adrian Nicole LeBlanc began collaborating on a magazine assignment in Troy, New York, a once-thriving city whose fortunes have gone dark.

First settled during the seventeenth century by the Dutch, Troy grew from a small trading post on the Hudson River into a manufacturing powerhouse known for producing horseshoes, rail ties, and detachable shirt collars — earning the name “Collar City” and going on to become the fourth wealthiest city per capita in the nation during the Industrial Revolution.

But once factory owners discovered they could produce goods cheaper elsewhere, entire industries shuttered, and the city’s economy collapsed — and what remained were the people who could not afford to leave. The opposite of progress is regress, and the city of Troy became one of many American cities left for dead, abandoned by the government and the corporations it serves.

Kenneally, who hails from Albany, New York, recognized in the people of Troy a sense of kin. For the next 15 years, she set forth to create Upstate Girls: Unraveling Collar City (Regan Arts), an intense chronicle of three generations of women living in Troy through a series of documentary photographs, personal stories, and archival ephemera that is collaged together like a family scrapbook.

In Upstate Girls, we witness the story of an American family trapped in destructive cycles that poverty fuels as it feeds a school-to-prison pipeline through the lowest possible quality public education, healthcare, and social systems and offers instead a wealth of opportunity for addiction, criminality, and abuse.

Kenneally’s approach combines the fields of art, anthropology, and history. Throughout the project, she made hundreds of hours of video, gathering as much documentation, artifacts, and ephemera that she could acquire to tell their stories with tenderness, depth, and nuance in order to show the people whose lives hang in the balance.

The images Kenneally makes and the stories she shares are raw, gripping, visceral truths about living in poverty. In her work, there is a profound feeling of intimacy, vulnerability, and trust, which stands in contrast with other media portrayals that tend towards sensational, exploitative, degrading, or romantic depictions of how the other half lives.

In 2016, Kenneally launched the North Troy Peoples’ History Museum in an apartment where several of the people featured in the book once lived, until the bank foreclosed and they were forced to move. Upstate Girls was the inaugural exhibition on view as a way of honoring the people of Troy and telling their story with respect.

Kenneally also hoped the museum could bring the middle class back to a neighborhood they no longer go, as a means to establishing a meaningful conversation between those who have, and those who go without, as well as a way to revive business in the economically depressed neighborhood.

Yet, for the subjects of Upstate Girls, the pain and trauma of their lives continues far beyond the cover of the book and the museum walls. As the book was going to press, one of the women in the book learned that her husband had been arrested, and is currently being held in jail, facing charges of rape and sexual abuse on adults, as well as a child.

Kenneally returned to Troy to photograph the woman and encourage her to use art to deal with the crisis that has befallen her family. While Upstate Girls gives us entrée, as Kenneally shows, we are only just scratching the surface of a wealth of stories that have long gone untold. 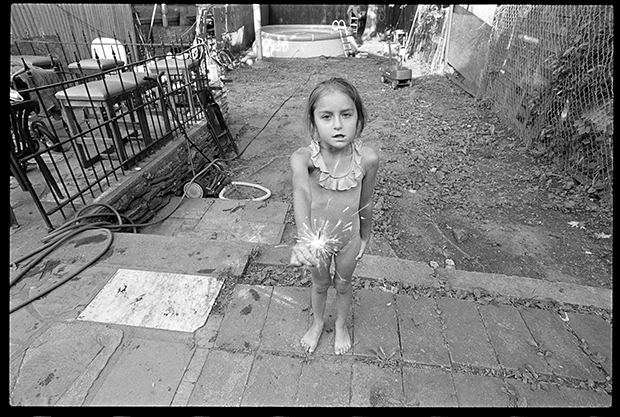 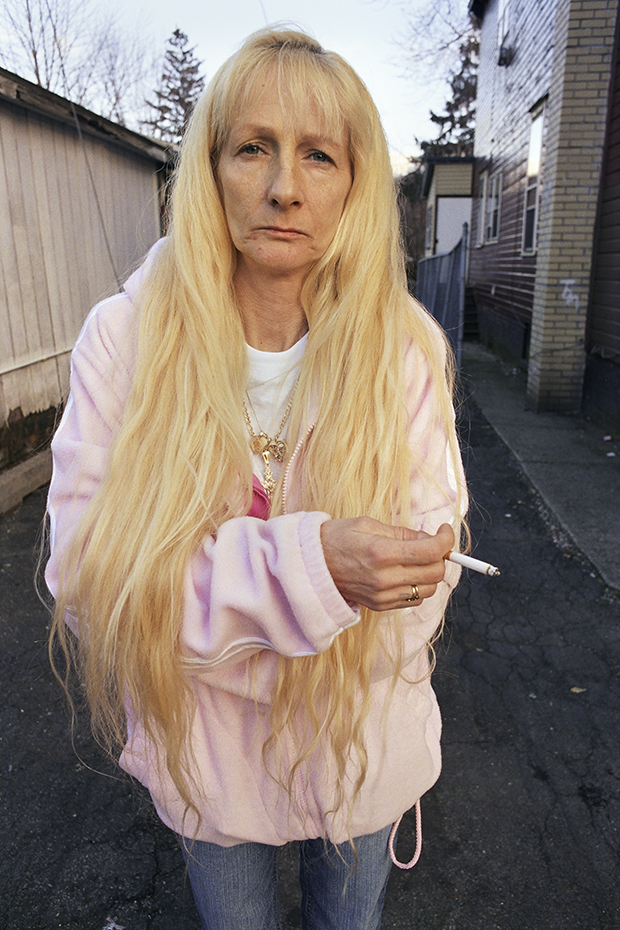 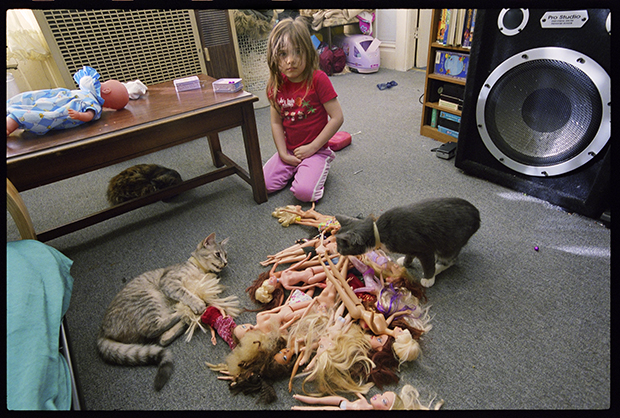 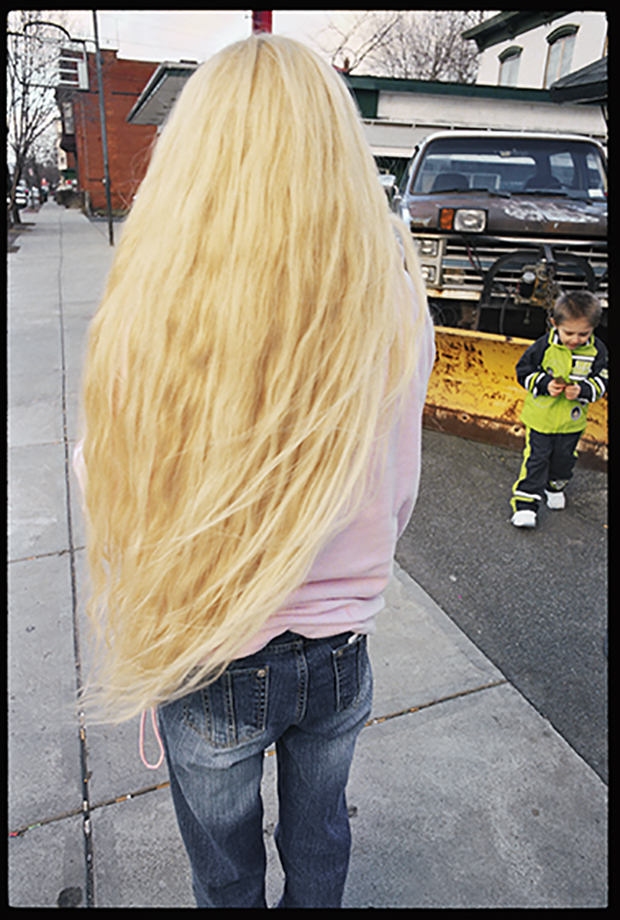 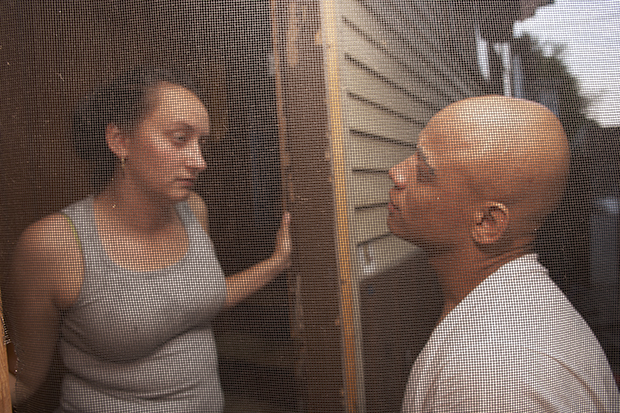 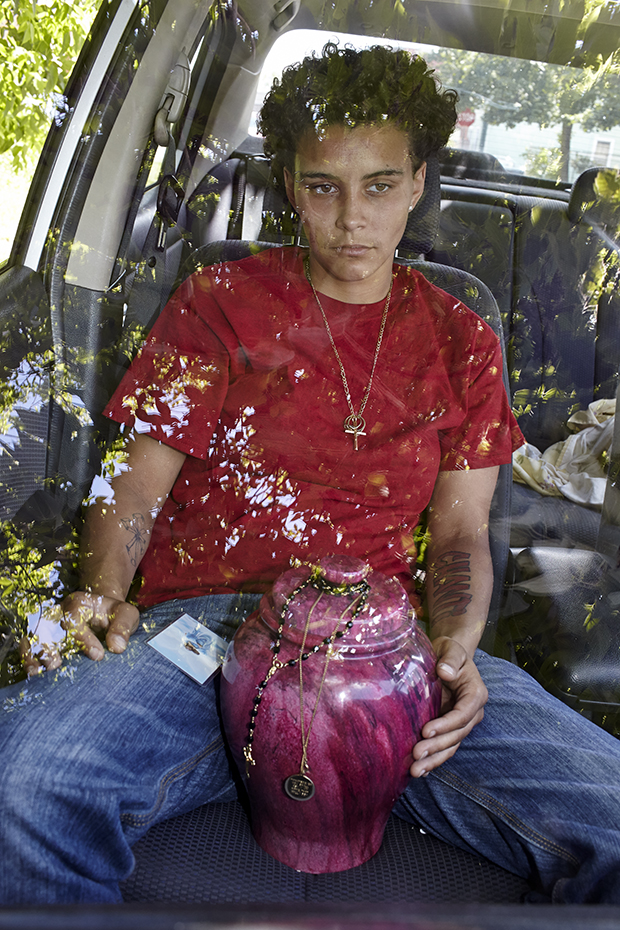 Chantelle stayed with Corrina until the end,
and for weeks after, Chantelle carried Corina’s ashes around with her. 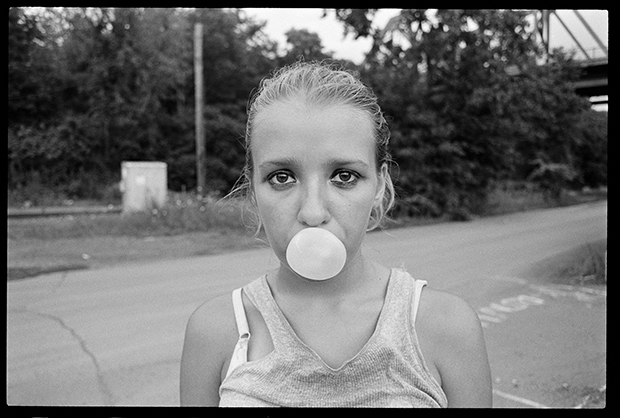