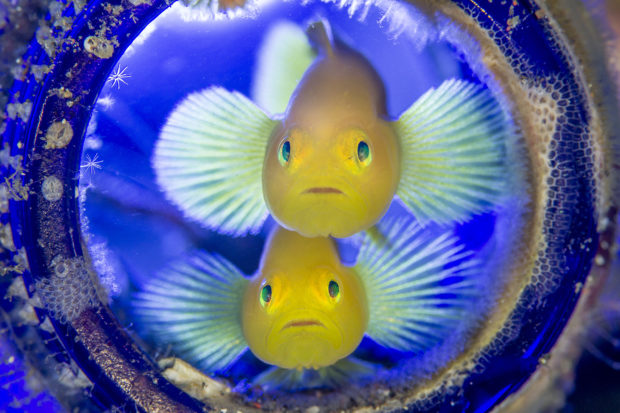 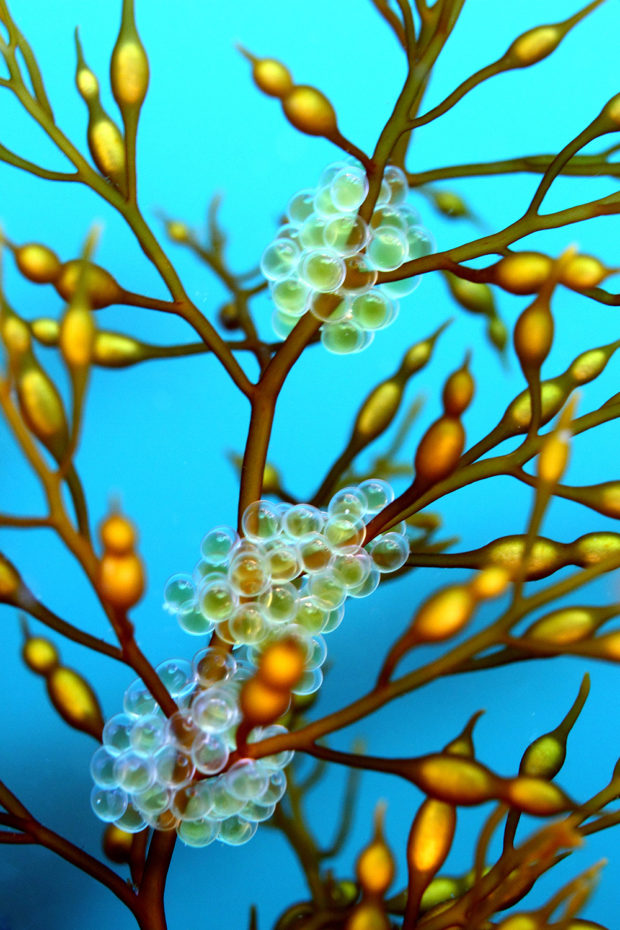 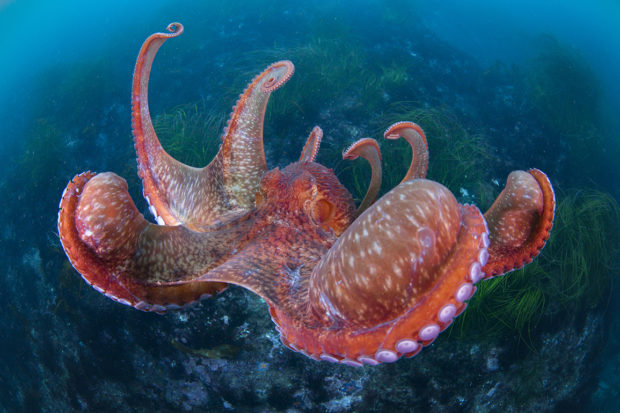 The ocean is a place of magic and mystery, perhaps the one last frontier left on earth. Its depths have never been plumbed or mapped; the marvels they contain are rarely revealed to those who walk the land.

Japanese photographer Toru Kasaya understands this well: we need not go far off shore before we encounter the mesmerizing and beautiful. “I take my photos near populous coasts. Not many residents are aware of the bountiful life under their noses,” Kasaya reveals in his artist statement.

“Even fishermen, who make a living from the sea, are surprised when they look at my photos, saying that they had no idea marine creatures were living this way as they only see them out of the ocean.”

These revelations was on view in Hidden Beauty Near the Shore at Foto Care, New York, earlier this month. The exhibition presented 23 underwater photographs from the artist’s archive that bring the magnificent ecosystems of the ocean to view for the first time.

“Humans are living, enfolded by amazingly abundant oceans,” Kasaya writes, describing how his photography is a means to raise awareness about this little-known environments to enrich our experience of life on Earth.

Kasaya enters the water from the beach, rather than going offshore via boat, thereby maintaining the natural access available to one and all. Where many underwater divers travel to distant lands, Kasaya is right at home exploring the ocean waters around his native Japan.

He explains. “A cold current from the North Pole and a warm current from the equator collide at the archipelago of Japan. Its geography, with many peninsulas, further mixes the currents to form a rich, complicated ecosystem.”

In order to create the photographs, Kasuya uses multiple diving lights that he places on the ocean floor in order to create a light dome that attracts fish, rather than frightening them off. In Kasaya’s eyes, every creature is worthy of reflection and veneration in his work, from the sea anemone, sea slugs, and seaweed to the fish, octopus, and other species such as the Ornate Ghost Pipefish or the Memaid’s Wineglass.

Kasaya’s photographs reveal life as it is lived under the sea where predators are always on the move – whether it is a mother fish protecting her eggs or smaller fish finding sanctuary inside a glass bottle littered thoughtlessly. In his enchanting photographs we find solace in the infinite possibilities of wonder and discovery in the natural world. 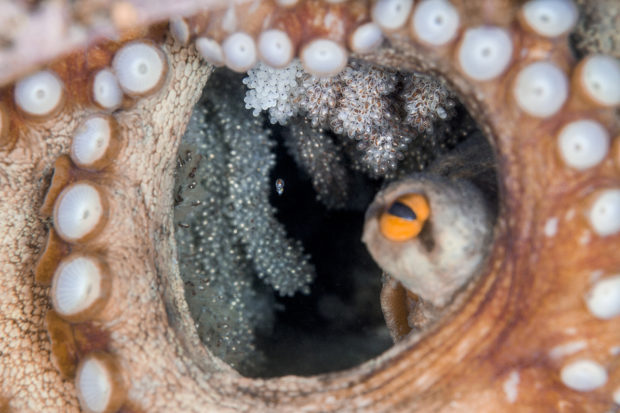 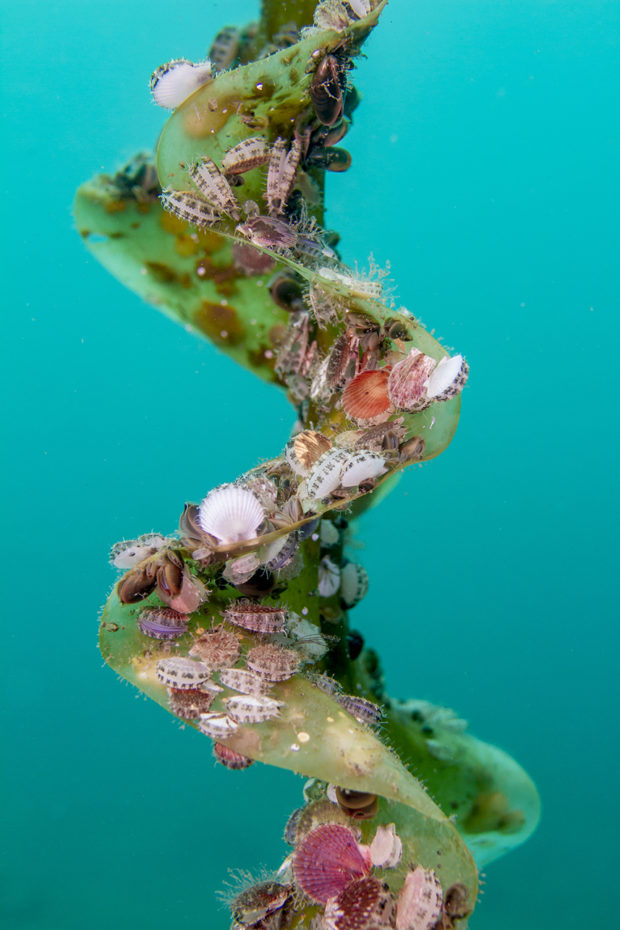 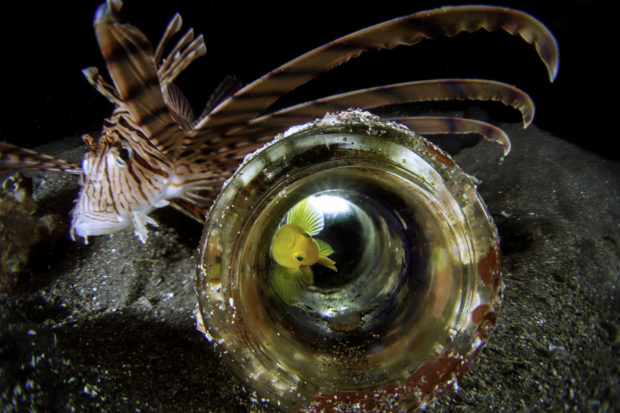 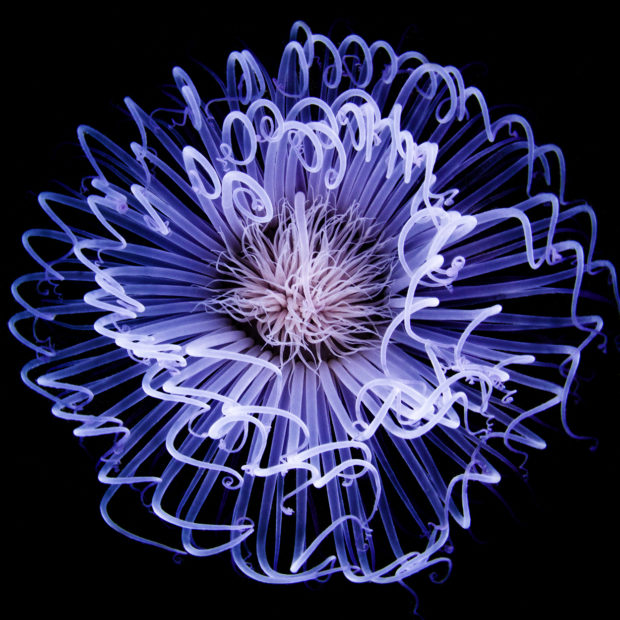 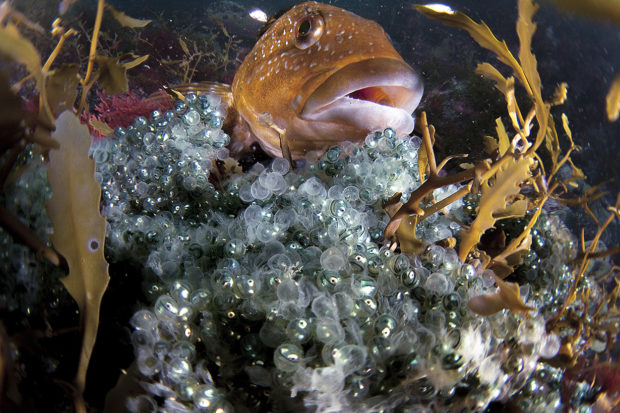 All images: © Toru Kasaya. These images are from the exhibition Hidden Beauty Near The Shore by Toru Kasuya, winner of the 6th Annual National Geographic Photo Prize. Exhibition is on view at Foto Care (41 West 22nd Street New York, NY 10010) from June 6-9, 2018.