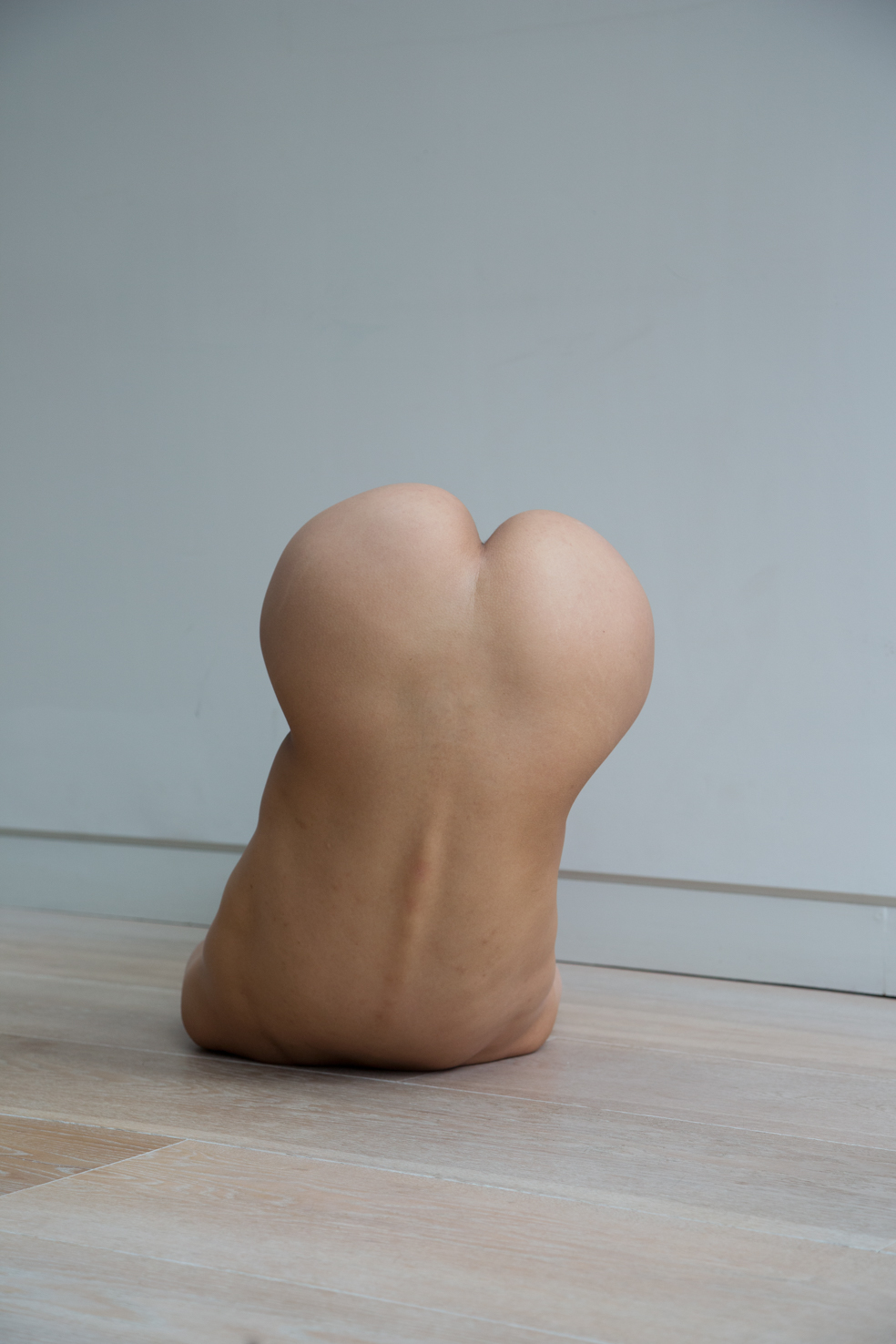 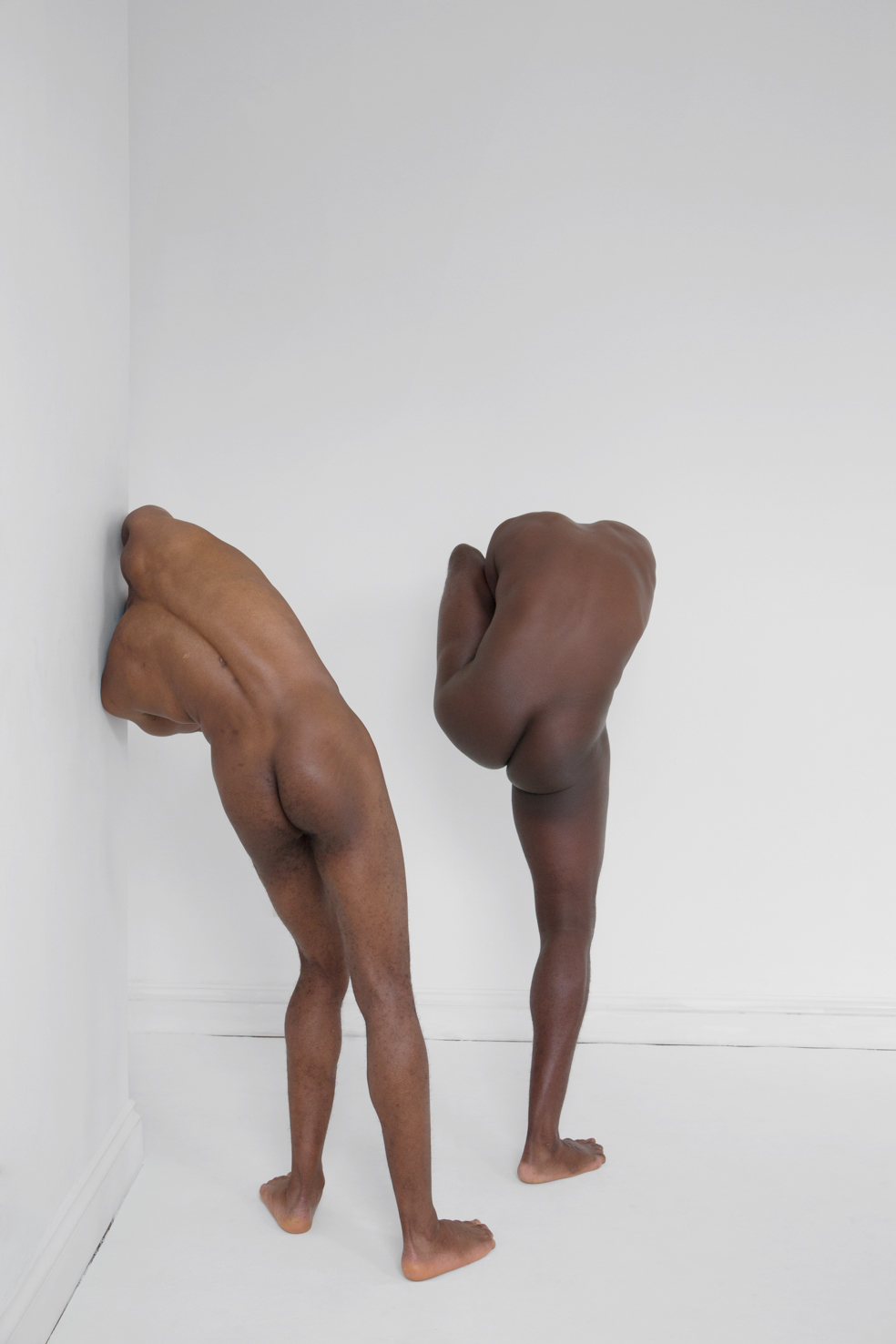 What is a body if not the sum of all its parts? Though strange and distorted, the bodies portrayed here are not manipulated in any way. Whether we regard these curious images with awe, feel repulsed—or experience a combination of the two—this is London-based photographer Chloe Rosser’s attempt “to turn some of our assumptions on their heads.” Her ongoing series Form & Function is on display at the Photofusion Photography Centre in London until 18 June 2018—a solo exhibition organised in partnership with the L A Noble Gallery.

In a world that’s obsessed with appearance, the hope with these images is to invite the viewer to see things differently in a new, more abstract context. At the same time, it’s a bid to allow us to reconnect with our own bodies, from which we might feel alienated due to ill health or body dysmorphia. I spoke with Rosser about her work after the exhibition’s launch. 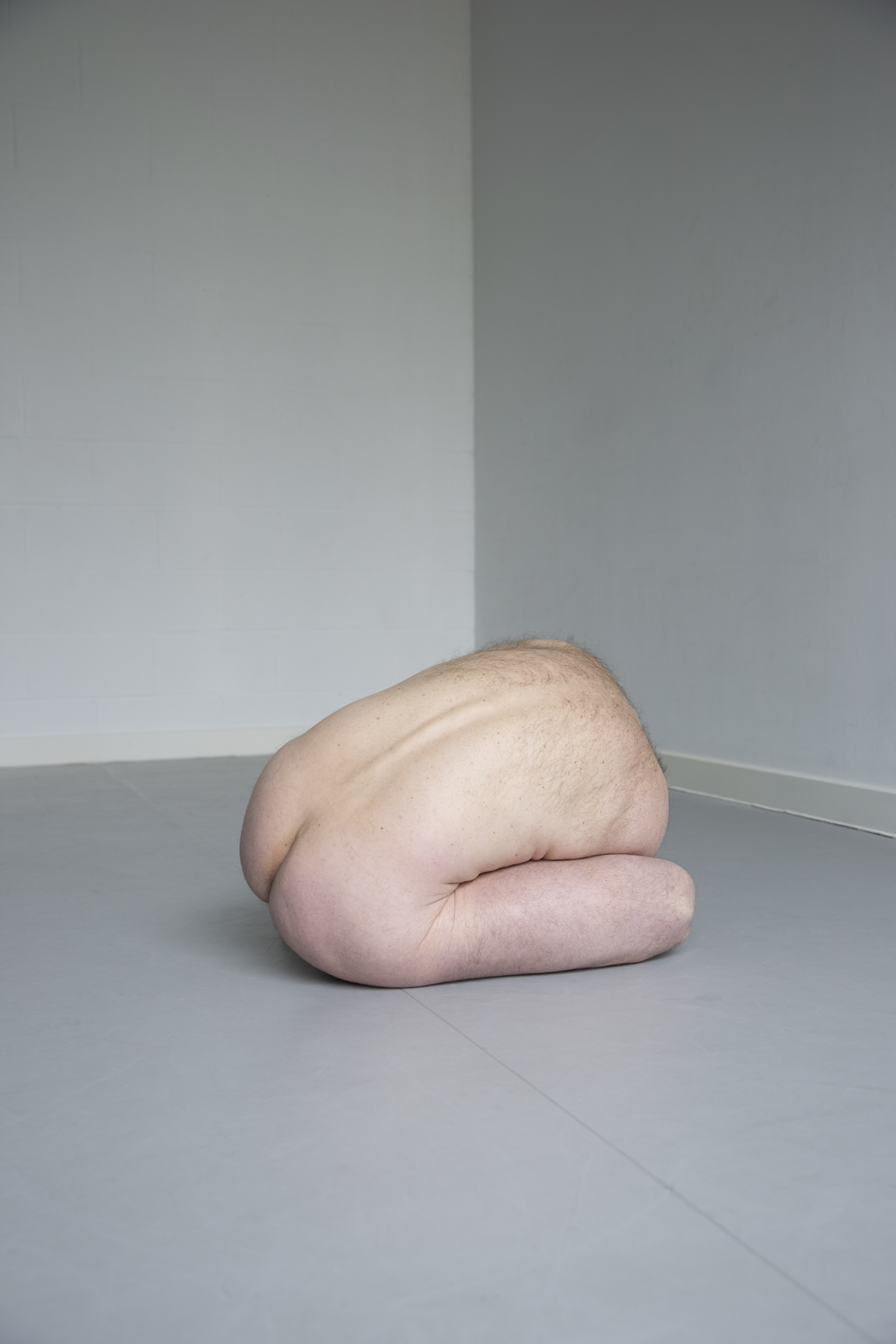 How did you come to work on Form & Function?
“I started working on this series in my final year at university, so that was about six years ago now. I had already been photographing the body for a while, abstracting it in different ways—but then I took one photo which really changed the direction I was going in. The photo was of just a torso from behind, with no legs, arms or head showing, so that it was this strange fleshy cube. It was so inhuman and grotesque, while also being very much alive. I was struck by it. I then started planning and shooting other poses that had this inhuman quality to them.

One of the artists who inspires me is Berlinde de Bruyckere. She’s a sculptor who works with wax, creating these human figures which have so much character and emotion about them. They are imperfect, incomplete and anatomically incorrect. They also don’t have heads and in fact look almost corpse-like. But their gestures are so beautiful and emotive. There is an intimacy to them which I love.”

Do you see what you do as photography or sculpture?
“I feel it is somewhere in between. In fact, I think that it is the photographic quality of these that makes them such effective sculptures—you know it’s a real living body so you want to see round it and see what the body looks like on the other side, see how the pose works, but because it’s a photograph, you can’t. It gives it a tension that it would not have if it were a physical, solid sculpture that you could walk around and figure out.
The medium of photography allows me to sculpt with the real living human body (without photoshop of course) and really enable you to look at a living human body in a new way.
I take a lot of inspiration from both mediums.”

Where do you find your models? Are they people you know or life models?
“Some of the models are friends, people I know, but also sometimes life models. Some of the people in the images don’t know each other, some do, and some are even couples. That variation of relationship is interesting, I think. It’s great working with couples because they know their way around each other’s bodies so well. There is just an ease with which they move together. But with strangers who don’t know each other, there is a different feel when they are modelling together—there is sometimes more of a tentativeness in the poses.

It’s interesting when the people who pose for me see the photos afterwards. They are usually really surprised and amazed that they can look like that. I think it is so disconnected from what they actually look like that people aren’t self-conscious. I always say to them that it doesn’t look like them; it’s a sculpture they have made with their bodies.” 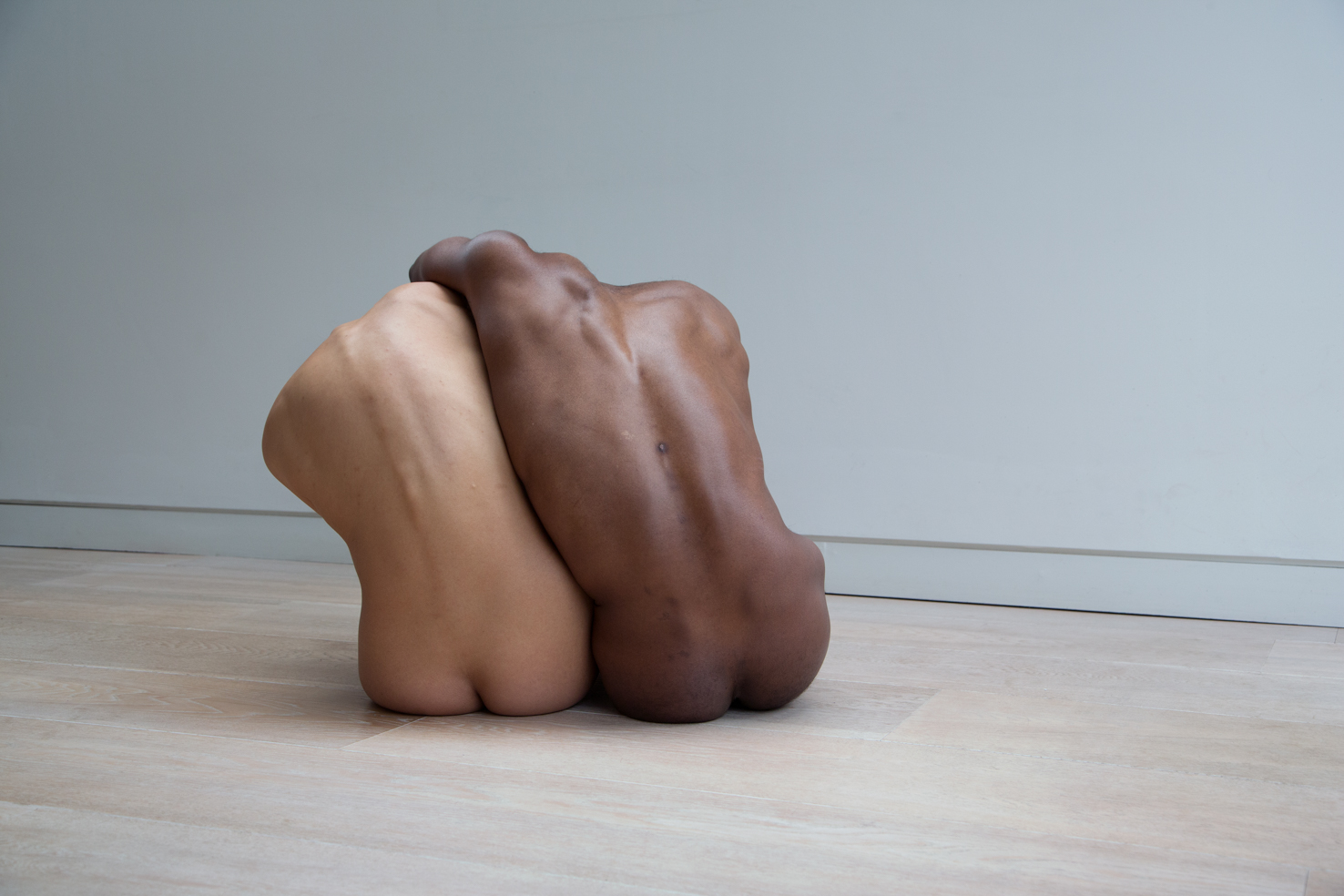 I’m guessing a prerequisite is flexibility?
“Flexibility is helpful but not essential. The most important thing is to be able to get your head down. I’ve worked with many people from different backgrounds and of different ages, some of whom felt they weren’t flexible, but in actual fact, all of them were able to do the poses.”

Are these photos choreographed?
“Before the shoot I plan out and sketch the poses I want to try out, often including the lines of the space. I take inspiration from many different mediums of art, or sometimes objects I’ve seen, or just sitting and thinking about the way the body can move. When I started this project I was photographing myself, so I know how the poses feel and often try them out myself before asking other people to do them. On the shoot I will always demonstrate the pose I want them to take on as well.

Everyone’s body works differently so different people are able to do different poses. It almost becomes a discourse with the model, finding what poses suit their body. We will often end up adjusting the poses I had in mind on the shoot.” 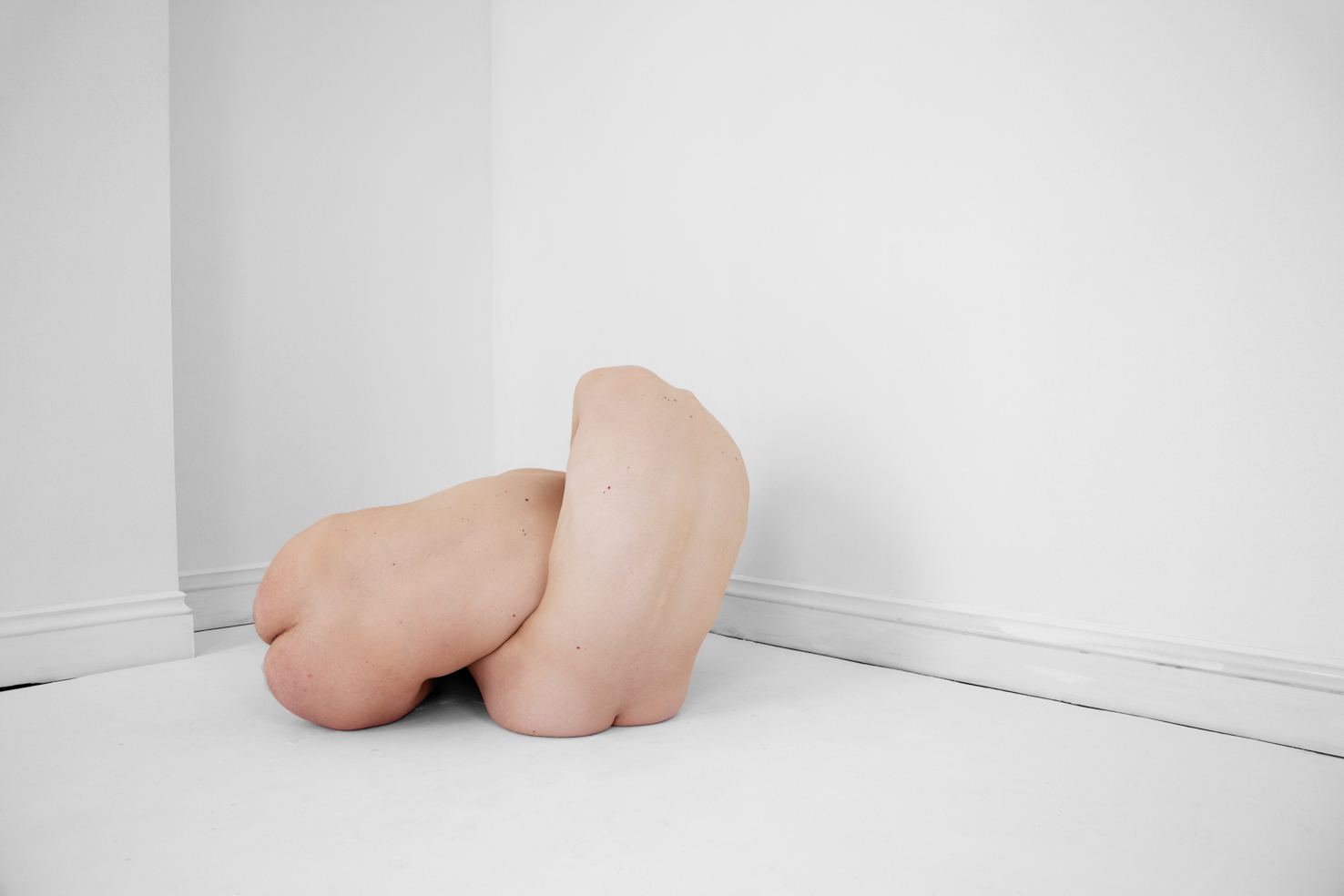 Our bodies are for moving, communicating and surviving. They have all these physical functions. As a society, we often act as if the function of our body is to look good and display your character—we use the body to make judgements about people—and so we dress it up, alter it, cover it and flaunt it. We also make assumptions about people’s ethnicity based on contextual cues. Judging people by their appearance and the possibility of these judgements being warped by the context they are made in, is currently very relevant politically.

But there is so much more to the body than that—and my images also aim to make the viewer think about all the bodily functions that seldom think about. It breaths and pumps blood around itself and keeps itself alive. We’re disconnected to this in a way.

I find skin very interesting because it does many things for us. It is this semipermeable protective layer, keeping out bacteria and containing our organs, but in a way, it also protects us from our insides. We’re scared of whats inside us and because it is hidden from us, we don’t know how to deal with it. It also holds all of what we read as character. When reading a book about photography and death, I read a passage by a surgeon who was teaching trainees to dissect the human body. The students found it very hard and upsetting to make the first incision, but when they had removed the skin, they could dissect the corpse without a problem. It was the skin and the face that made it human and gave it character.

Most of us will experience a time in our lives when our body stops working in the way we are used to. When it stops functioning. It could be because of illness, injury or age. We take our mobility and abilities for granted and when they change—it’s frightening. Maybe it’s just noticing a loss of flexibility, or maybe it’s something as debilitating as M.E. That feeling of not being able to rely on your body, which you have trusted and known so well, can be alienating and make you feel helpless, even worthless.”

You mention that this project is about our increasing alienation from our own bodies. Do you, like most other humans, ever feel this way concerning your own body?
“I went through an experience that changed how I felt about my body. It made me realise its abilities and strength were not as solid or reliable as I thought. I had severe sciatica, where my lowest disk in my back move out by over a centimetre but it also broke open. It was incredibly painful and I was pretty much unable to do anything for three months. I just focused on getting through each day and trying to manage the pain. Luckily I made a good recovery, and now I’m ok as long as I take care of my back. The experience shook me though and made me think about my body in a new way. I did feel alienated from my body, even betrayed by it. It definitely made me appreciate my abilities more, but also be wary about damaging myself. I am more fragile then I realised. I thought about the body’s functions and the processes it normally does without me even considering it.” 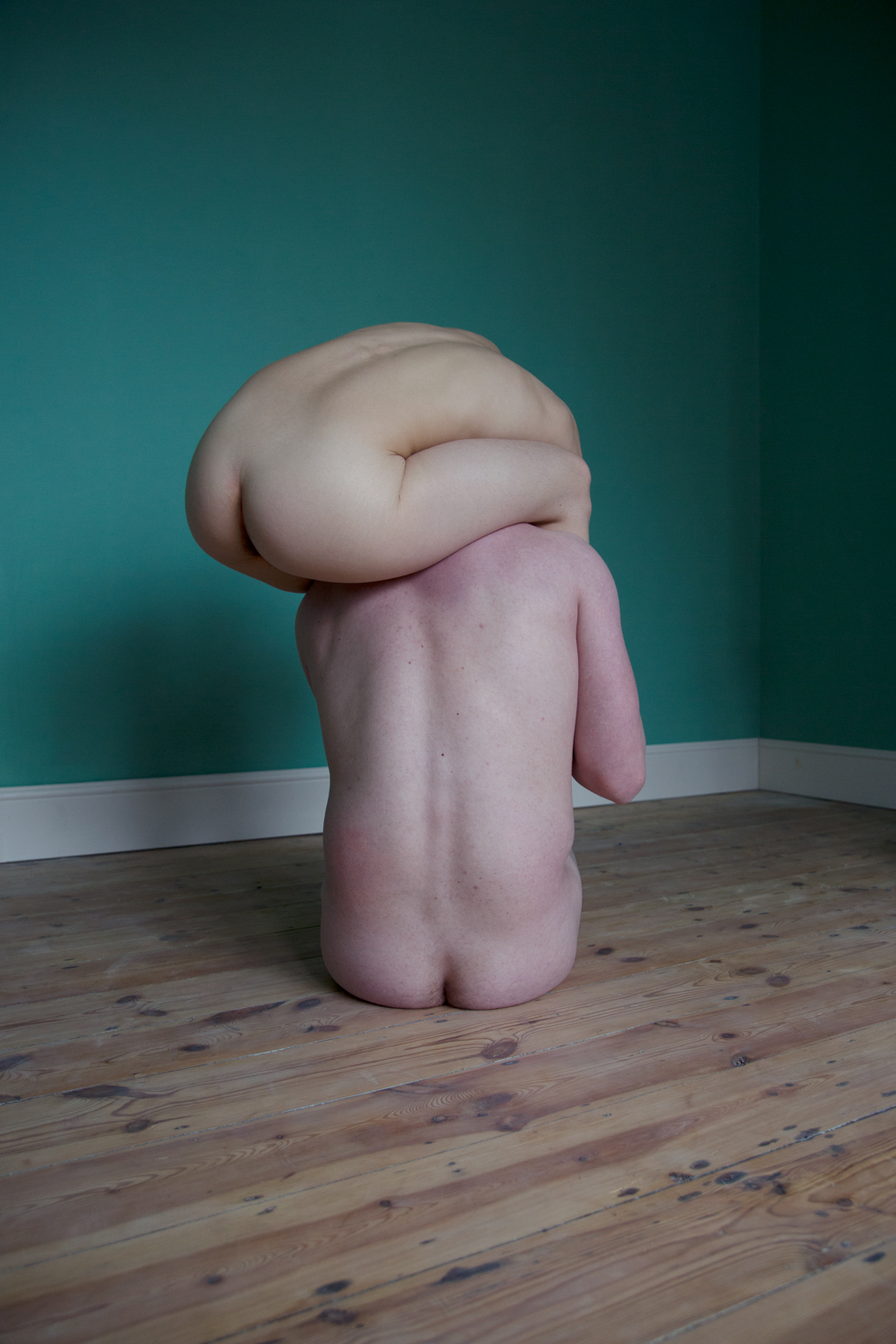 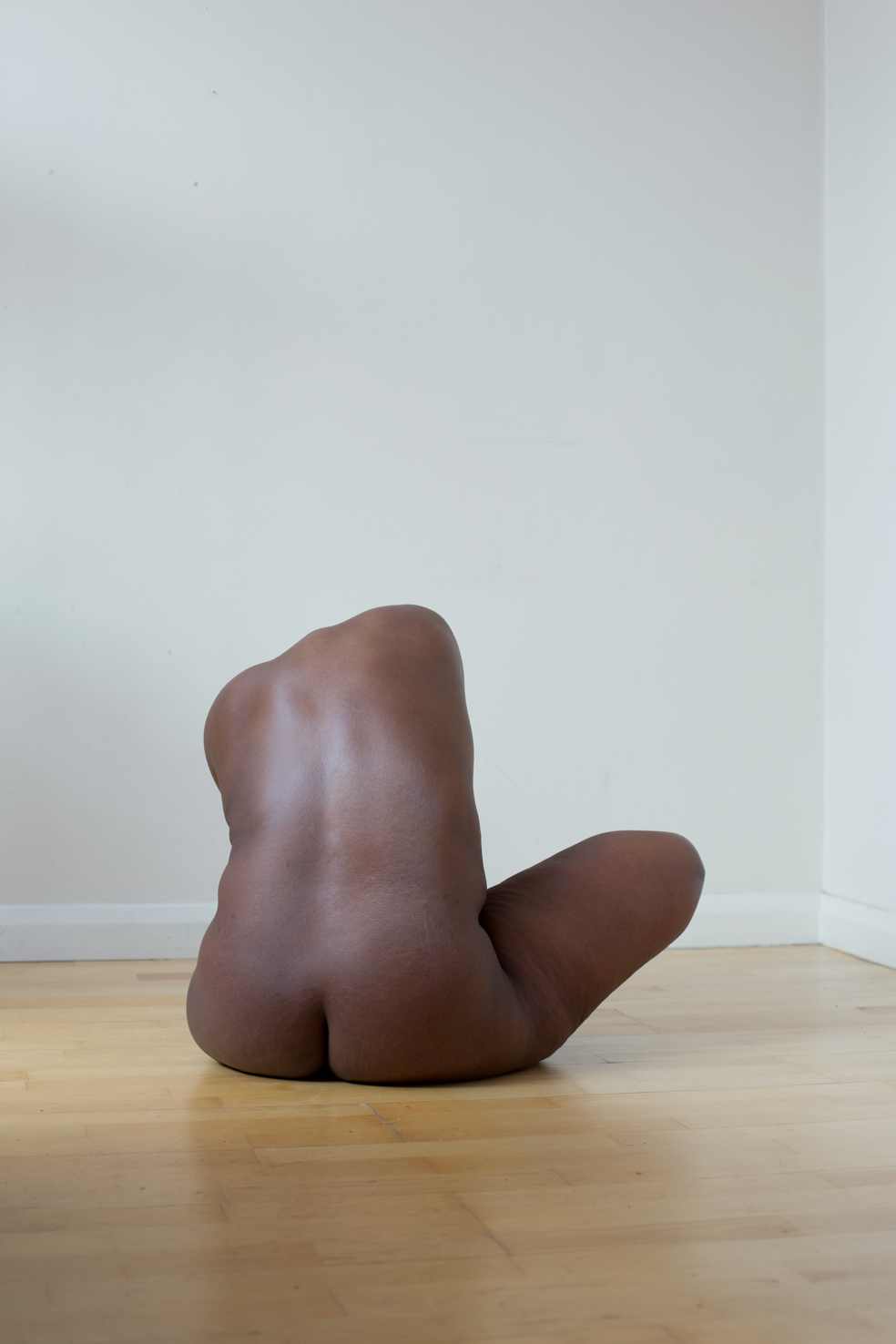 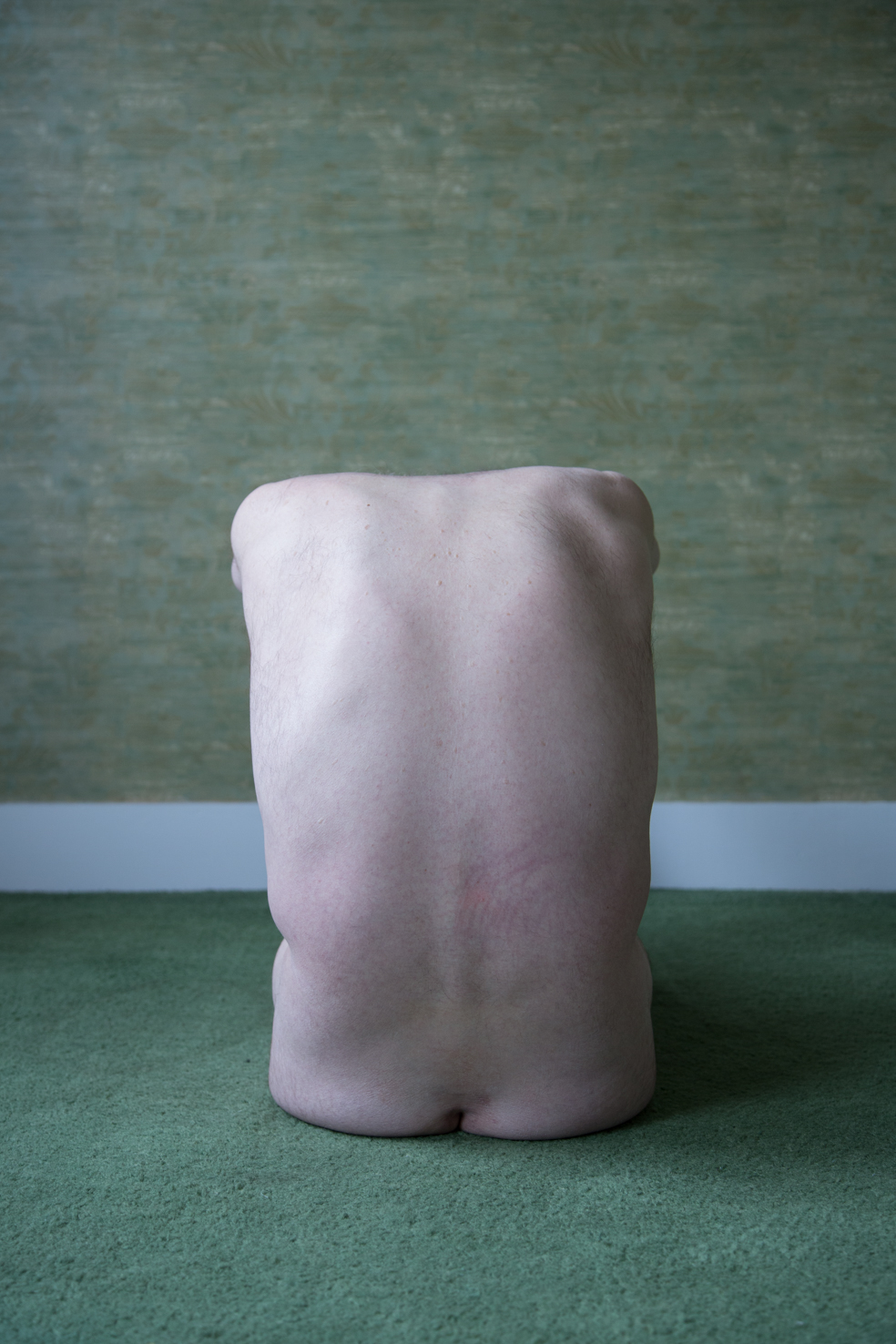 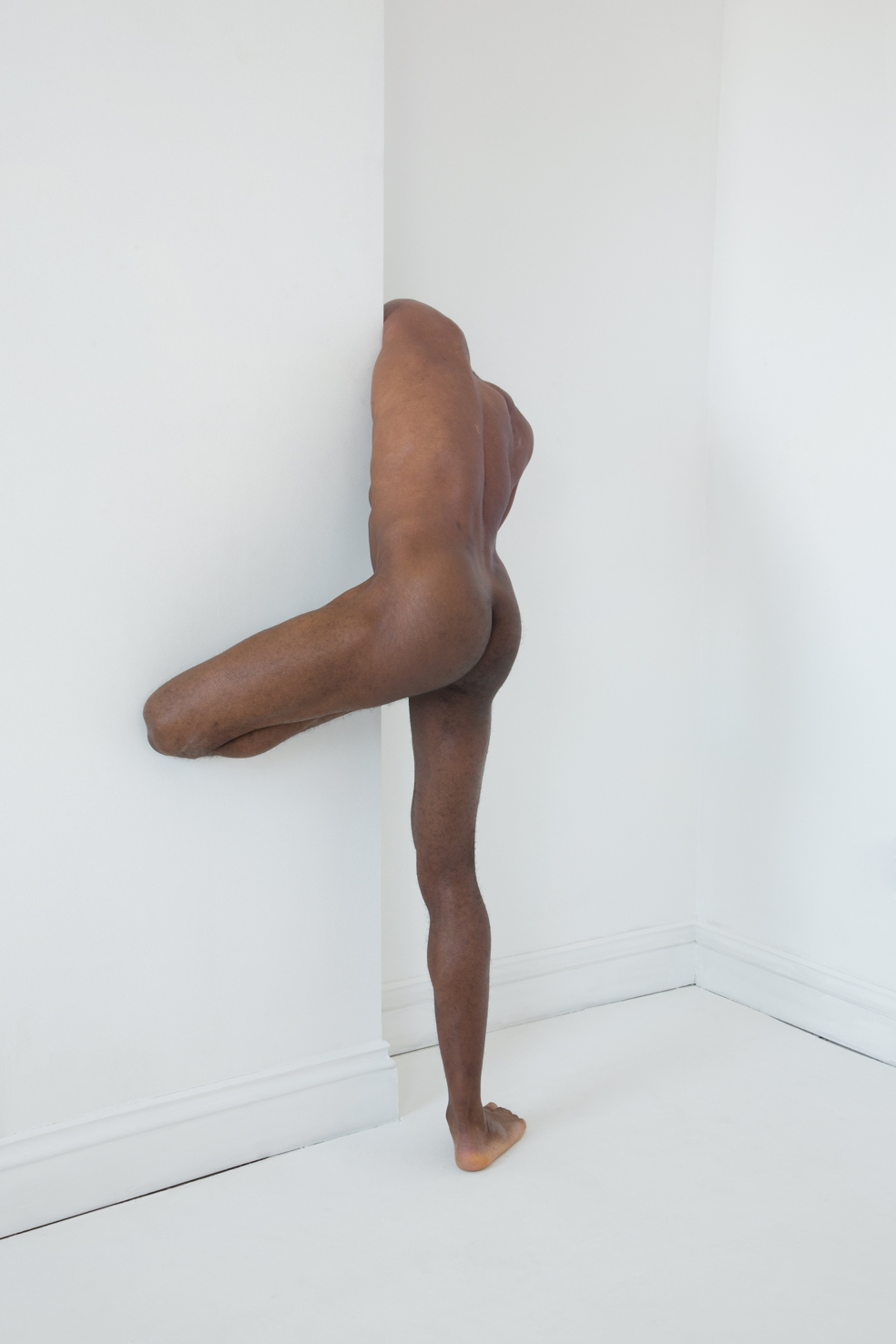 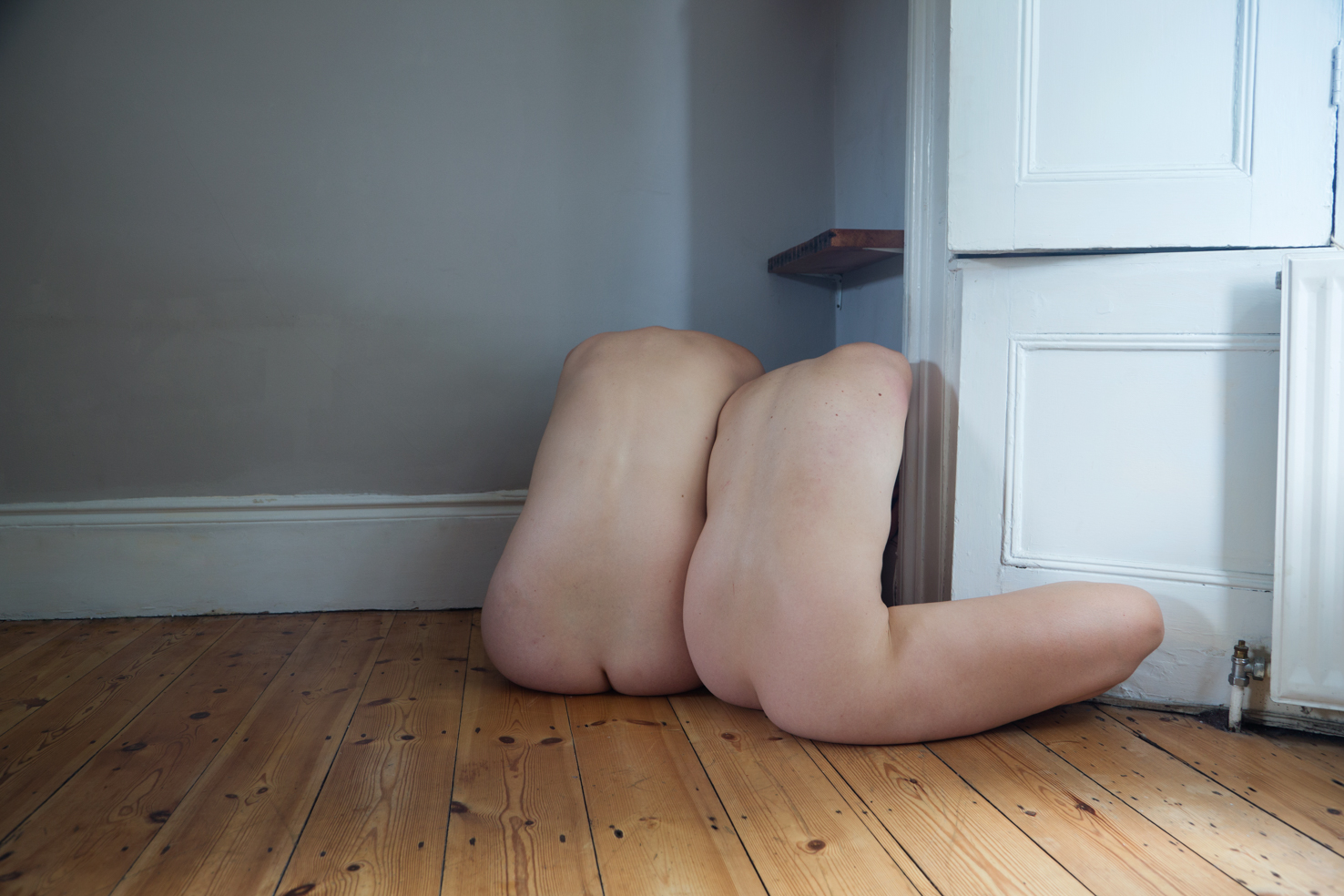 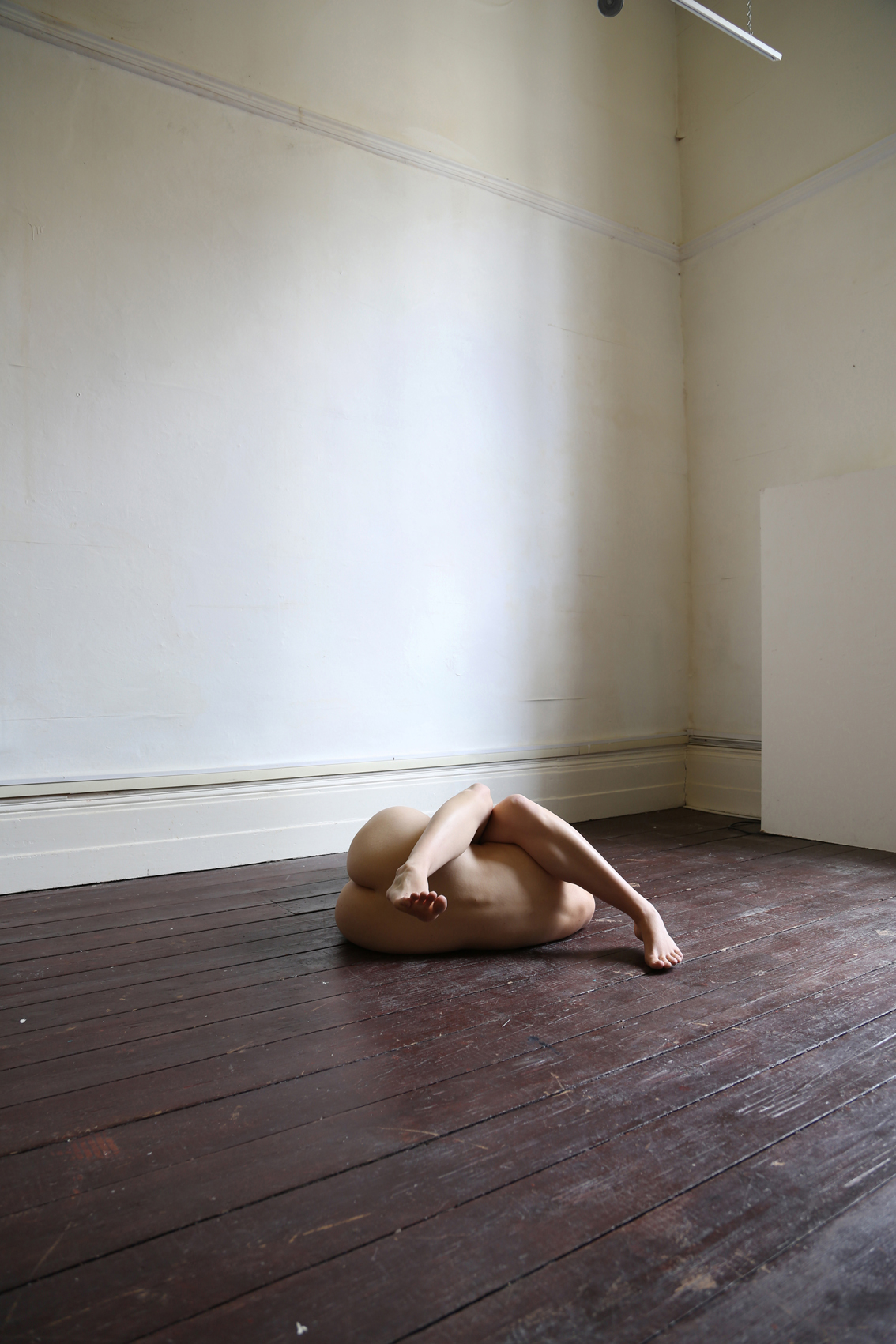