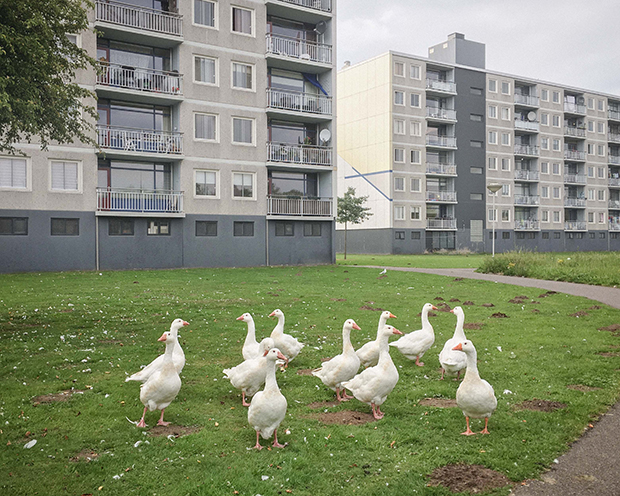 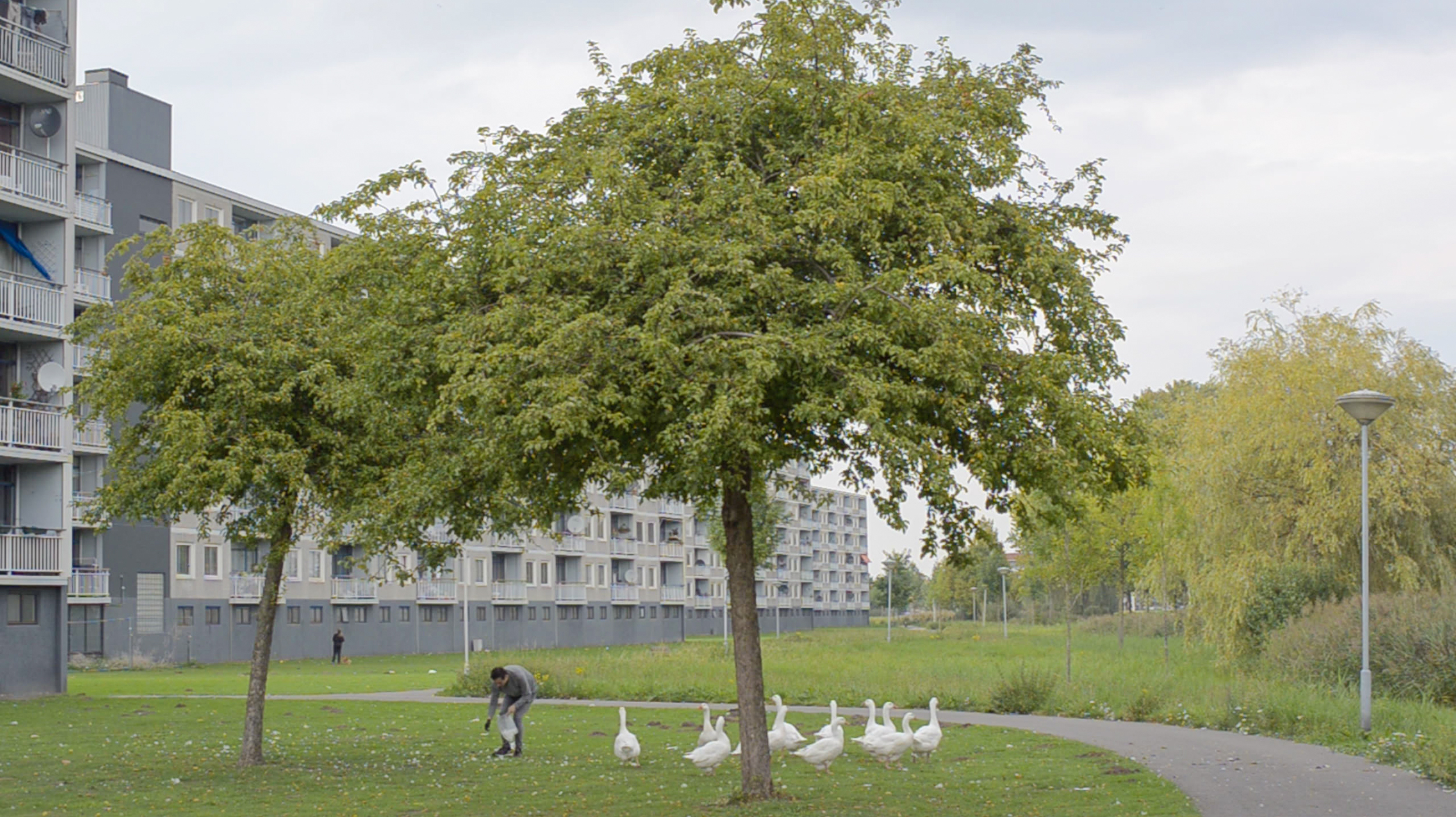 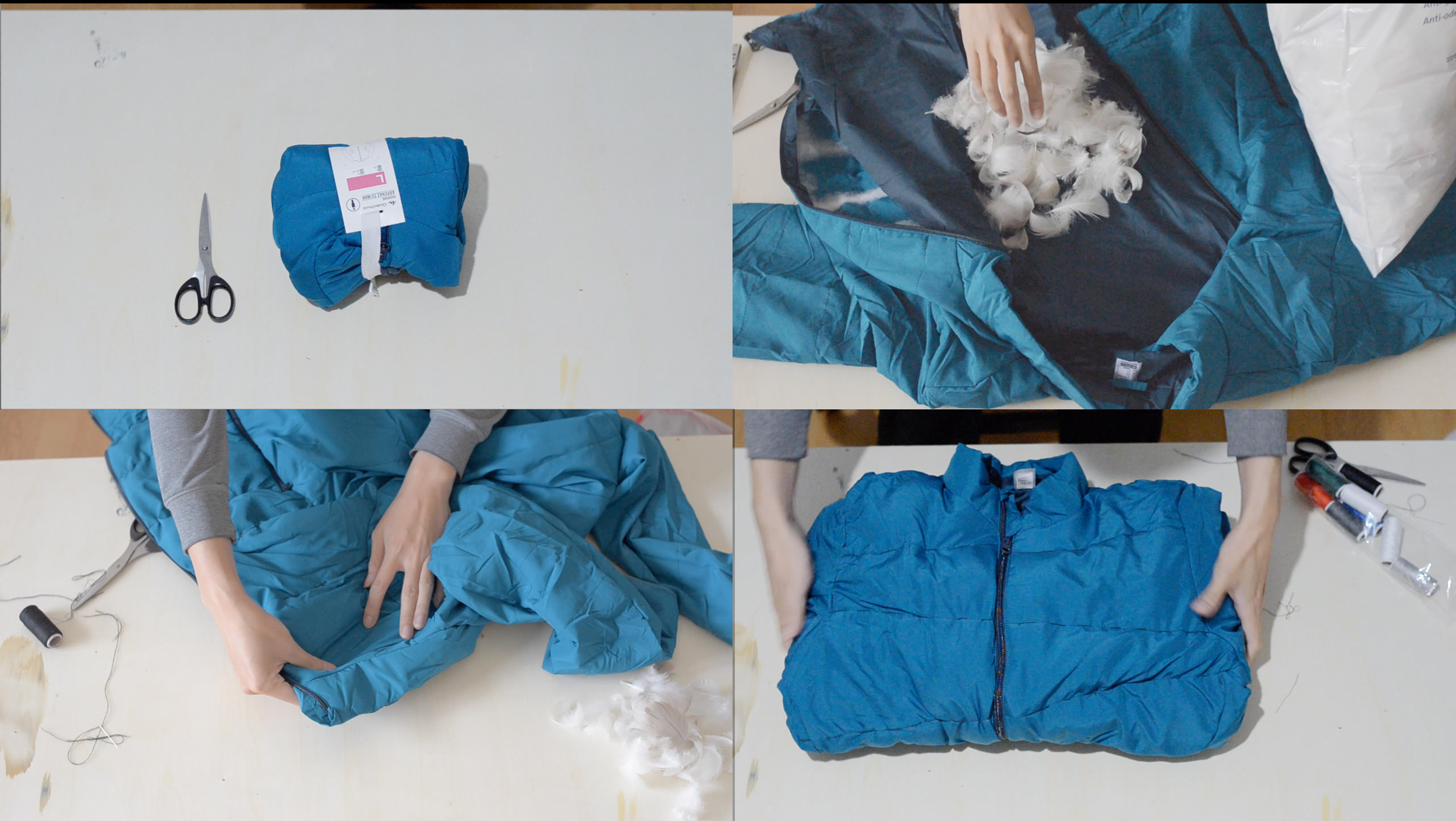 Filling, sewing and making the down jacket with collected goose feathers (video stills)

“Last autumn, I was selected as an artist of The Arctic Circle Residency, a sailing expedition in Svalbard,” says photographer Sheng Wen Lo, with whom we talked last year about his long-term project White Bear. “While shopping for winter jackets for the journey, I realised that it was impossible for me to tell where exactly the feathers of mass-produced down jackets came from (live plucking, etc). Even though there are multiple certificates (such as RDS, which requires that geese are killed for meat before plucking), I couldn’t be sure about their origin.”

Uncertain about the provenance of commercially available down coats, the artist decided to make his own by picking up goose feathers in parks near his house in Breda. The local geese had migrated from Canada and escaped farms. He documented the process involved in creating his coat, and the testing of it in Svalbard, a Norwegian archipelago that lies between Norway and the North Pole. Down is the resulting multimedia project.

“For the collecting of feathers, I cycled around town and located their whereabouts, and came up with a rough collecting schedule,” he explains, “my goal was to collect 150 grams of downy feathers (statistics from commercial brands), and for that I would have to collect more than 300 feathers during each harvest, and to do it about 20 times. It was a bit scary and stressful during collecting since my survival may depend on it. In the end I got around 80 grams due to rainy season.”

Sheng collected the feathers in parks, social-housing neighbourhoods, from canal banks and farms near the forest. He was collecting feathers between July-September 2017. “You’d be shocked at the quantity required to produce just one down jacket—it’s huge!” he says. “During this process it became surreal to think that the alternative would be to just walk into a store and buy a down jacket—mass production works like magic; you can’t tell, nor feel what’s gone into it.”

There were aspects of the process which the photographer was unable to plan—geese are wild animals, and their behaviour is often unpredictable. “At first, I was not sure whether the geese would attack me,” confesses Sheng, “but since I was holding a plastic bag, they seemed to assume I am going to offer them food and followed me tightly. They were confused when I started picking feathers off the floor and sometimes cried out deafeningly loud. When they are extremely vocal, parents in the neighbourhoods sometimes send their kids to investigate what this strange Asian person is doing.”

After making his coat, Sheng took the finished product on his three-week arctic residency to test it. The residency took place on a sailing boat which docked at various glaciers around the Svalbard archipelago including Trollkjeldene, Bockfjorden, Ymerbukta, and Fjortende Julibukta.

“My perception of cold and warm are subjective,” he continues, “so I figured it would be better to provide some objective measurements. To do this I used a temperature sensor and thermal imaging camera. When I moved around in the Arctic, the temperature sensor was placed directly beneath the jacket and above my base layers to record any long-term temperature fluctuations. The thermal image camera records short experiments: my surface temperature before and after I put on the jacket.”

When asked where and when I could buy Sheng’s ethical jacket, he said that he is not looking to become an ethical producer. Instead he is making a do-it-yourself booklet called A Step by Step Guide for Making your Own Down Jacket.

Making a coat might not be a possibility for everyone due to the time and effort involved, but the intention with Down is to encourage consumers to not take mass-produced animal products for granted. Through Shen’s documentation of the arduous process involved in making down coats, perhaps we’ll think twice about buying down.

Down will be exhibited in BredaPhoto Festival under the theme “To Infinity and Beyond“. 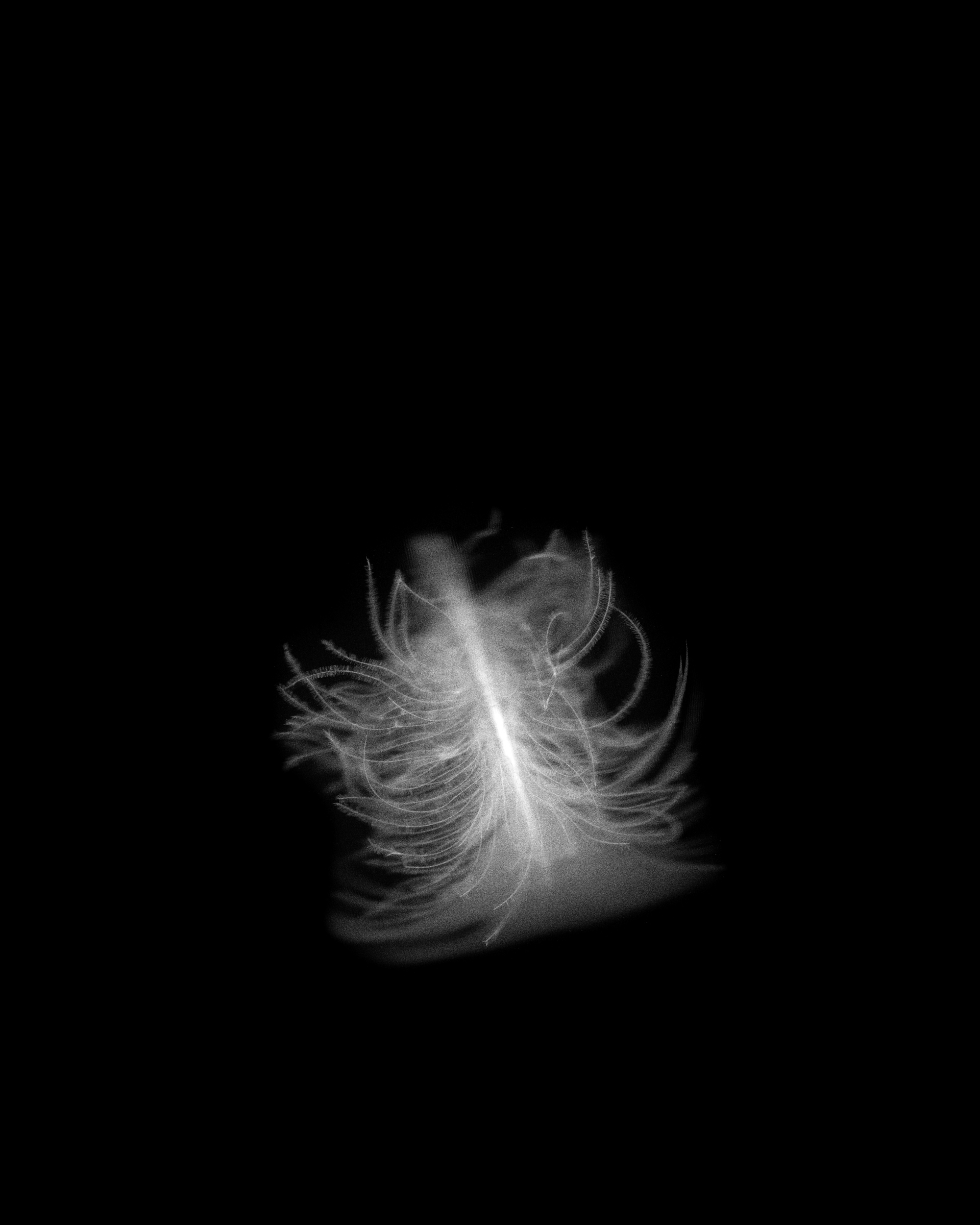 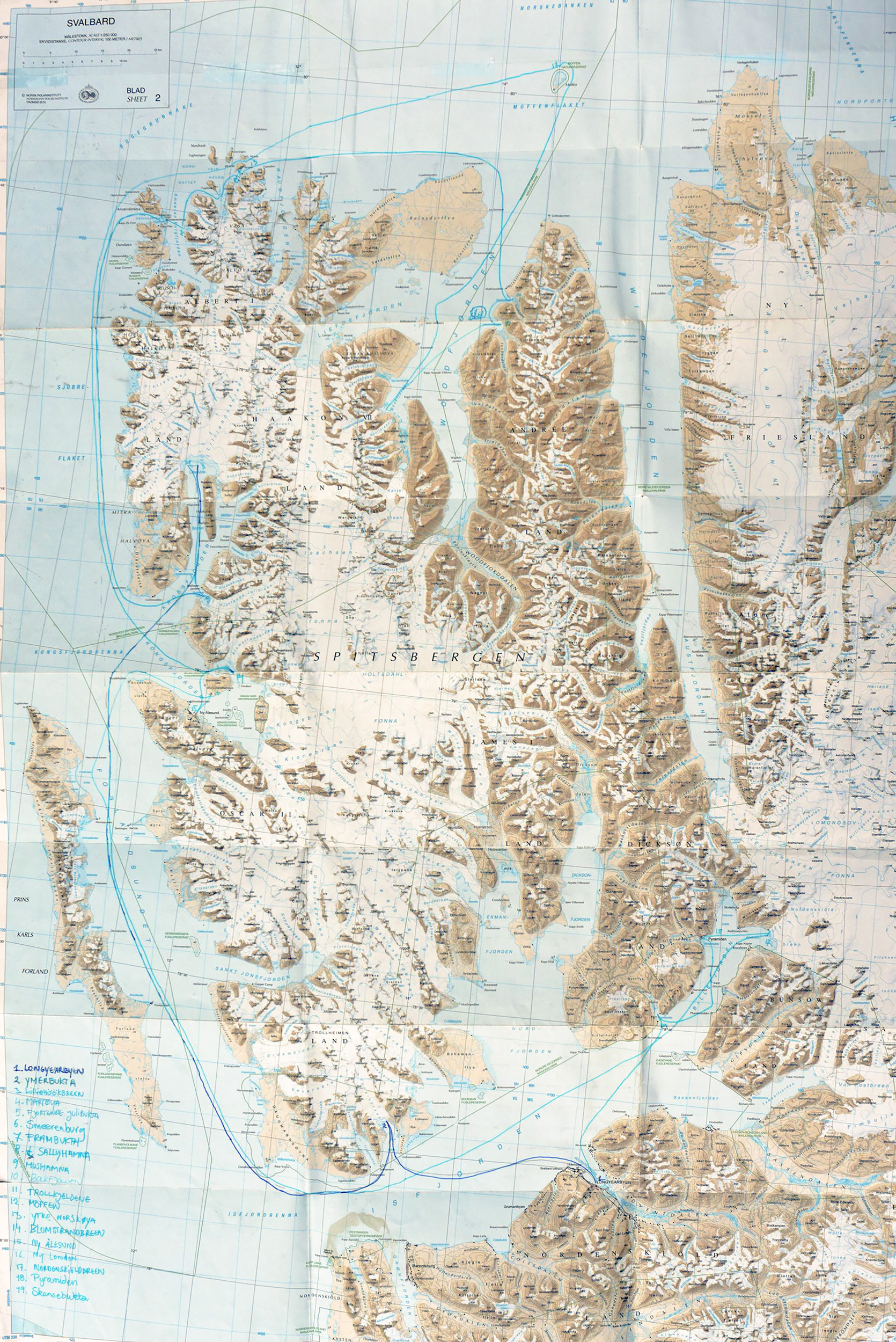 Sailing and landing route in the Arctic (Spitsbergen) (2017) 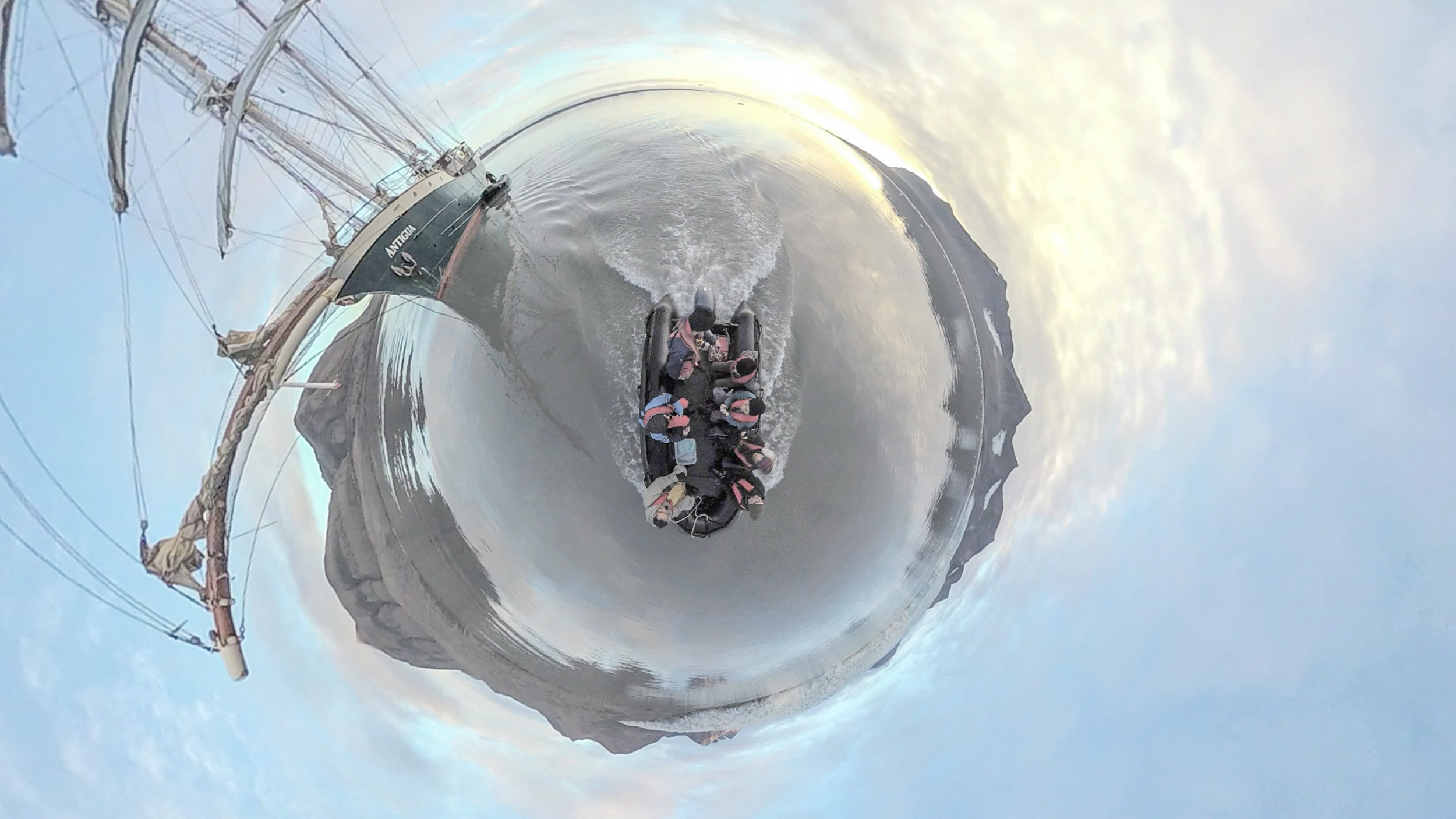 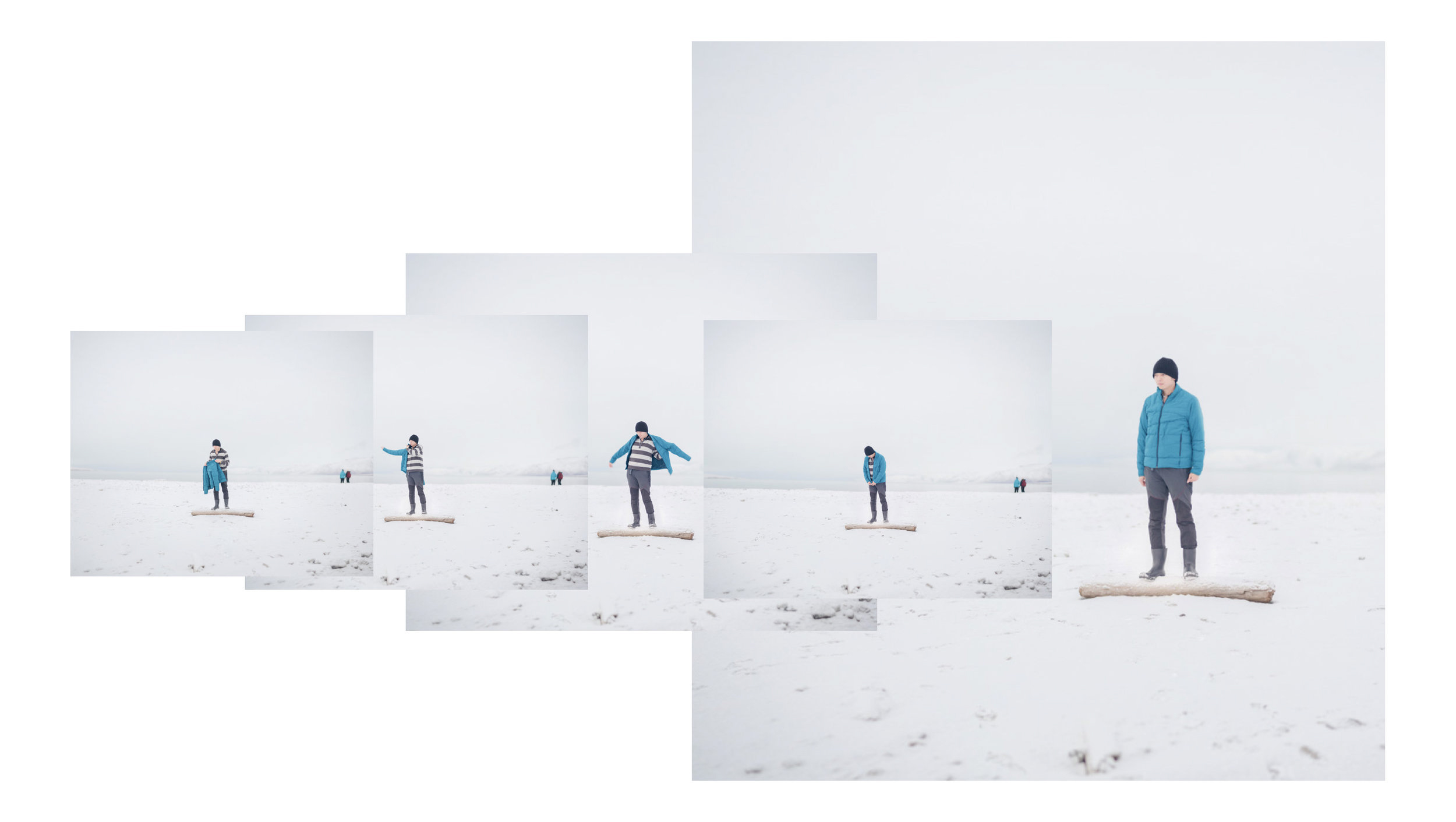 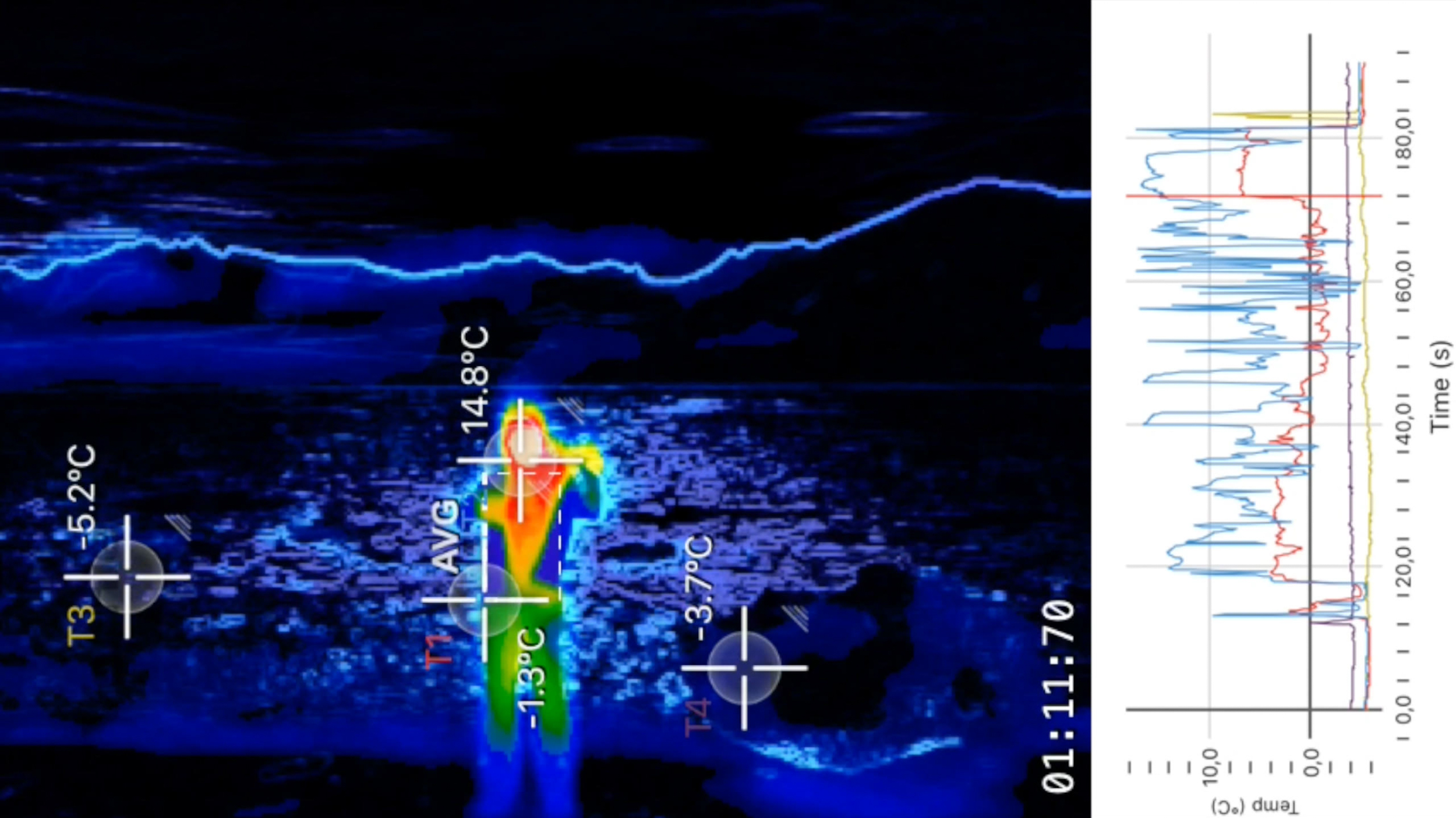 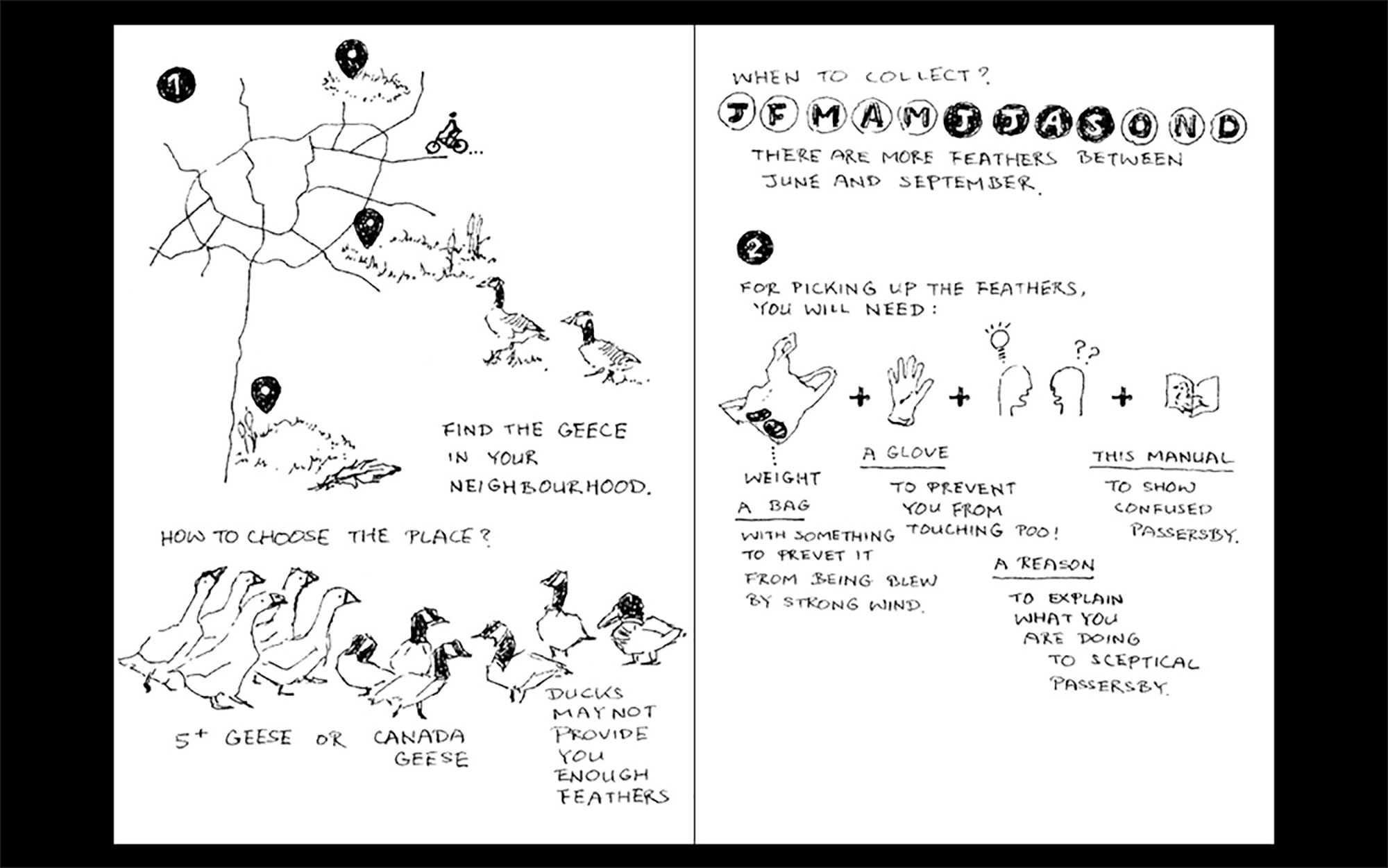 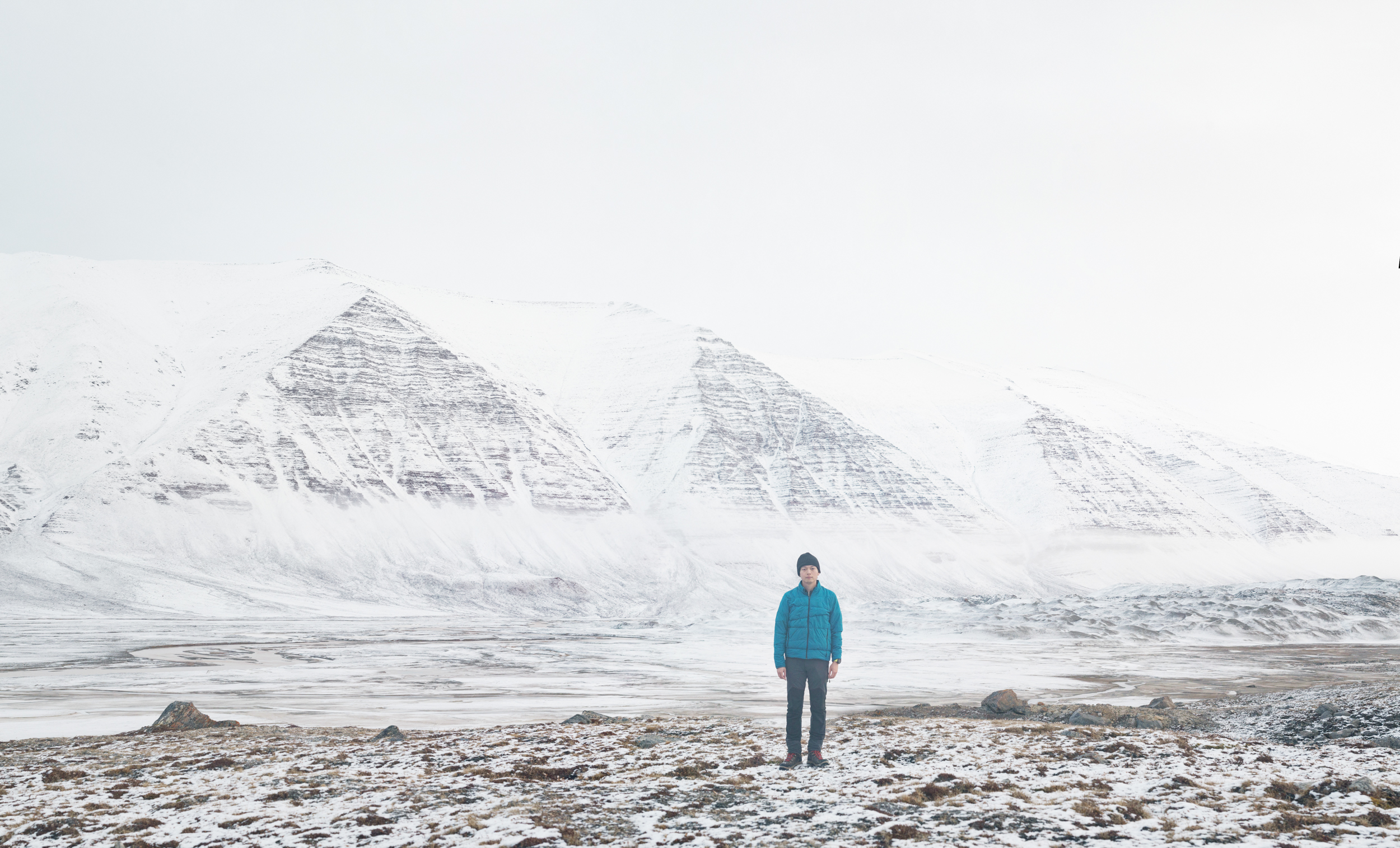