The Story of the Fearless Woman Who Saves Elephants 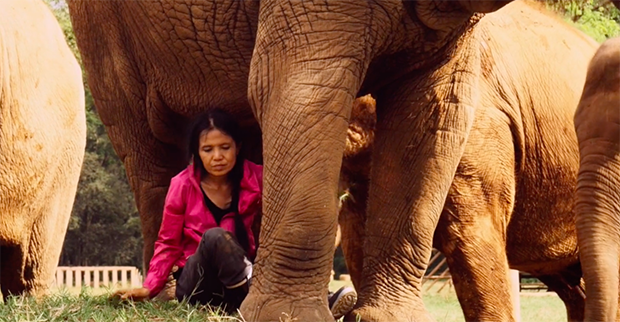 In 1996, Sangdeaun “Lek” Chailert founded Thailand’s Elephant Nature Park, a safe haven for elephants rescued from the logging and tourism industries. For the last 20-plus years, she’s adopted these once-abused animals into her family. “They can spot her from across the fields and will run up to her, trumpeting excitedly,” Kelly Guerin, the filmmaker behind the short documentary Lek Chailert: An Unbound Story, remembers. “They surround her like they do an infant, protecting her under their giant bodies.” She, in turn, greets them with bananas and Thai lullabies. “I still don’t quite have words for it,” Guerin continues. “But in that tiny woman is the soul of an elephant.”

Guerin spent two weeks at Elephant Nature Park while working on another film about some of the hundreds of homeless dogs saved by the sanctuary. The filmmaker had memories of captive elephants from her youth, but her time at Elephant Nature Park underscored the sadness of those early trips to the zoo and circus. “I always tell people, ‘It was the first time I ever really saw an elephant,’” she says. “It knocked the wind out of me.” While the elephants of the past had looked broken and hollow, she met the eyes of the ones who lived at Elephant Nature Park, and they looked back at her. “There was someone in there,” she tells me.

These elephants had a long road to travel before they returned to themselves. Before her rescue, one youngster named Kham La–“Darling,” in English–was born to a mother working in a logging camp. She was taken from her mother early to be trained as a circus elephant, and she endured phajaan or “the crush,” a process meant to “break the spirit” and “split the will” of an infant animal. Elephants like Kham Lha are beaten, tortured, confined, and forcibly separated from their kind. Amazingly, Lek and her team were able to save both Kham Lha and her mother, though the parent elephant was initially wary of reuniting with her child after the agony of losing her once.

Most tourists don’t understand they’re participating in a cruel industry when they choose to ride an elephant or watch one perform. “You can see the effects of this trauma only if you know where to look: the bullhooks, the sharpened fingernails on elephant trainers, the neurotic swaying of the trunk, and what is most haunting, the absolute vacancy of their eyes,” Guerin writes. Even at Elephant Nature Park, the elephants bear the physical and psychological wounds of their past lives.

Despite the pain she’s witnessed, Lek’s life and purpose are colored not by fear but by joy. “Lek has faced unbelievable pain and resistance and even personal danger in doing her work, and yet it hasn’t made her weaker or bitter or withdrawn,” the filmmaker insists. “It has made her into a giant.” One particular elephant interrupted their interview multiple times to hug Lek and “steal her away.”

Kham Lha has found a dear friend Lek’s husband Darrick; last year, a video of the little elephant bounding into the river to find him went viral. At the time, she had thought he was drowning and needed her help. “I got to follow Darrick to the river and see the moment Kham Lha recognized him and let out an ecstatic trumpet while barreling towards us,” Guerin recalls. “She held his hand in her trunk and made deep belly rumbles of affection as they walked the fields together.”

Many of the devoted mahouts who care for the animals each and every day found their way to Elephant Nature Park after working in the tourism or logging industries, and here, amongst the tall grass and welcoming trunks, they’ve forged a path to hope. Though she didn’t speak much with the mahouts (they weren’t fluent in English), Guerin felt the connection they shared with the animals. “I remember lots of smiling and laughing when their elephants got mischievous,” she writes.

“They never forget,” Lek told Guerin of the elephants in her care. “But they forgive.” Still, of all the moments she shared with the animals at the sanctuary, it’s not the interactions the filmmaker holds most dear. Instead, she cherishes the time she spent observing the elephants from a distance as they spent time together, bathing, roaming, and exercising their freedom. For these particular elephants, encounters with humans are a choice, born from tenderness rather than terror.

To help Lek continue her life-changing work, please consider making a donation to Elephant Nature Park. You can sponsor a project or an animal of your choice. Additionally, Guerin urges us to educate ourselves and others about the cost of cruel industries. “Speak up if you hear a friend or family member express interest in attending an elephant show or riding one while on vacation,” she advises. “Instead, support sanctuaries.” If tourists choose cruelty-free options, like volunteering at Elephant Nature Park, the industry will change.

This documentary is part of the Unbound Project, an initiative by women advocating for a kinder and more humane future. Learn more here. 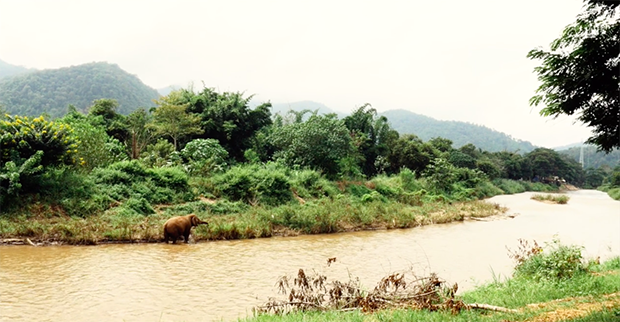 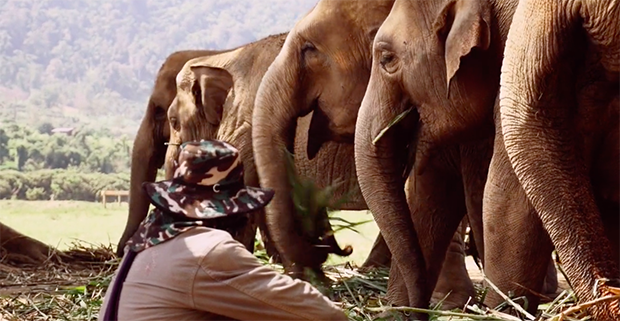 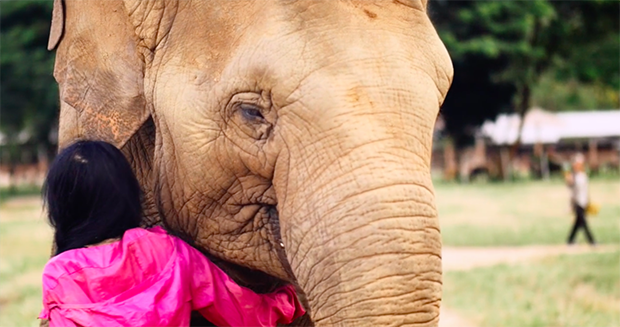 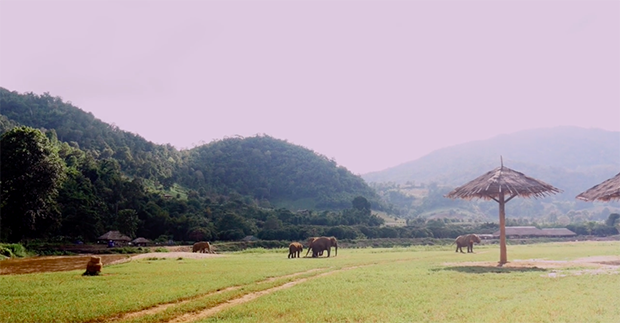 All visuals © The Unbound Project