Another Piece of the Jigsaw that is North Korea 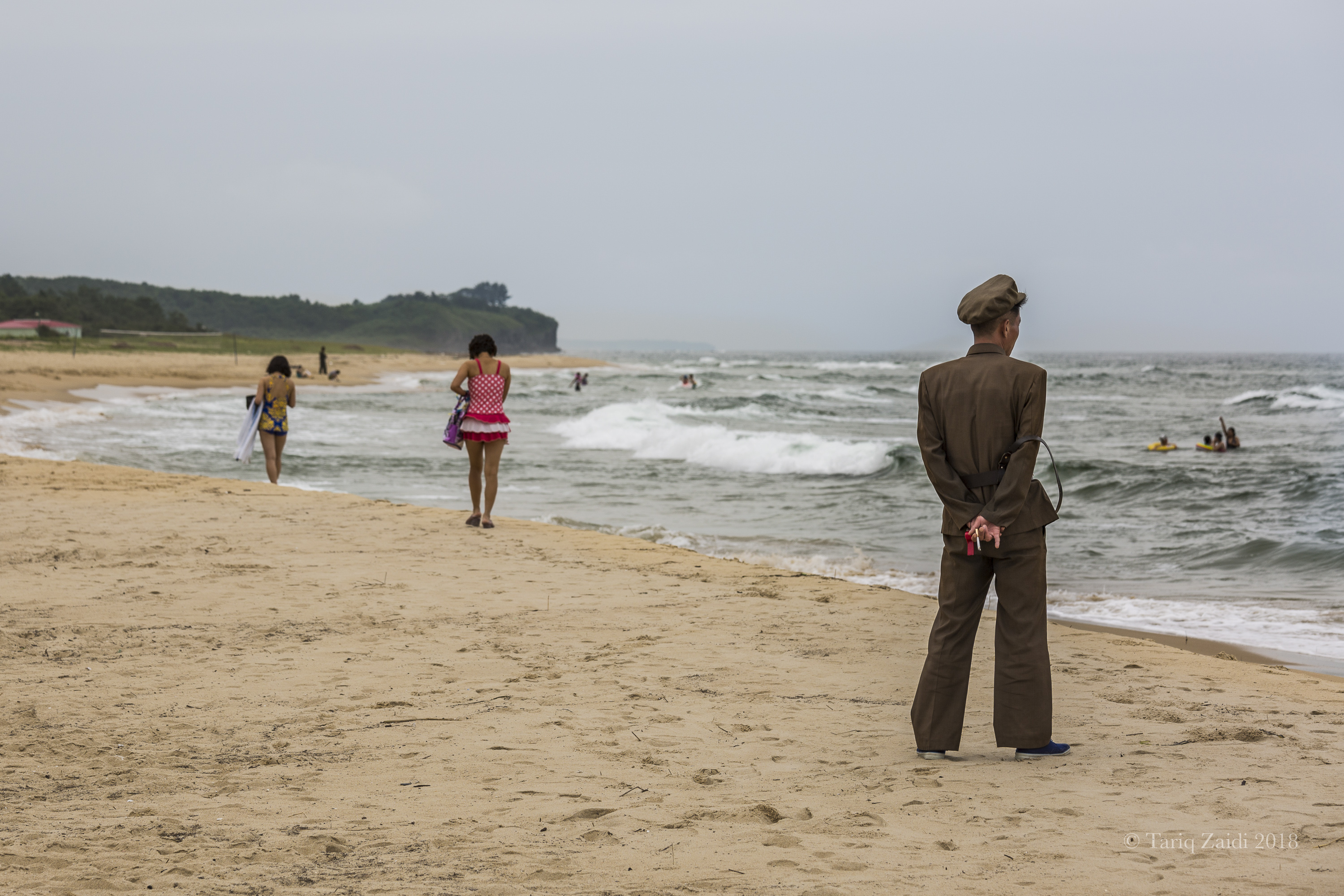 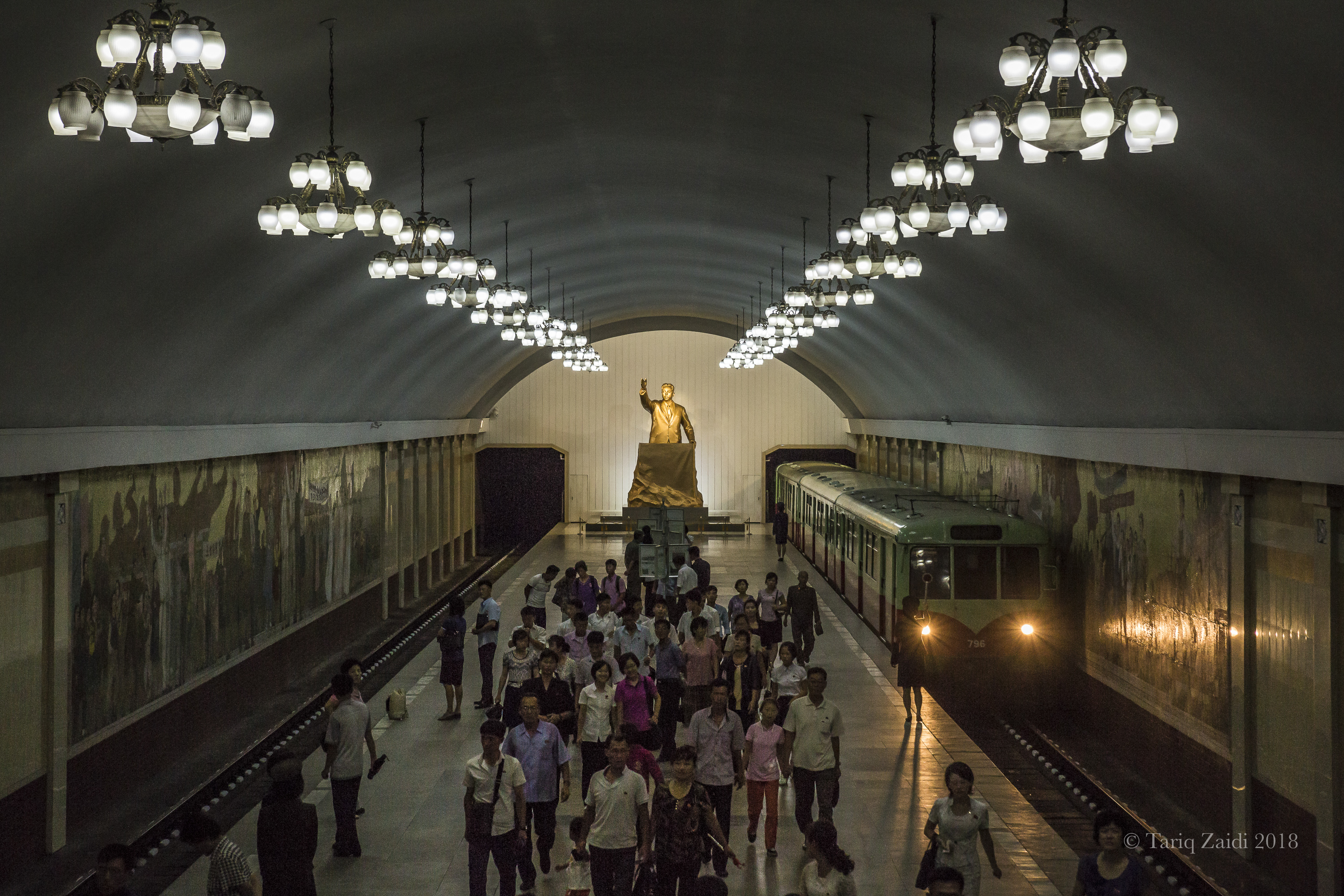 Pyongyang Metro – One of the deepest metro systems in the world. Its stations can double as bomb shelters, with blast doors in place at hallways. Statue of the late leader Kim Il Sung at the end of the platform, Pyongyang.

There’s a temptation to trespass wherever there’s a closed door, a secret or an air of mystery. The DPRK (Democratic People’s Republic of Korea) is one of the last places on earth where both access and photography are restricted and controlled. As a consequence, there’s a hunger among viewers and readers for even a brief glimpse of what life is like in the modern day hermit kingdom beyond media conjecture.

Few travellers and photographers get beyond the tour. You’ve probably surmised from documentaries and other photo stories that tourists are always taken to the same places: the demilitarised zone, Pyongyang, the synchronised mass dancing and games at Arirang festival if the season is right; the beautiful national park at Mount Myohang if there’s time. Even so, photographers have over the year managed to capture brief moments of life beyond the tour as they mingle with civilians in the Pyongyang metro and look at the landscape through the windows of moving vehicles.

Photographer Tariq Zaidi’s most recent project Photographing North Korea was undertaken during a journey from Dandong, on the North Korea-Chinese border, to the DMZ in the south, and across the country from the capital Pyongyang to Wonsan. The final edit shows what the North Korean guides allowed Zaidi to photograph, and not what was deleted from his SD card upon leaving the country.

When inside the country, there were places where he was told plainly “no photos allowed” by his two guides, which he respected. For the most part, though, he was able to take photographs candidly in front of them.

“A lot of these images were taken from a moving vehicle,” says Zaidi, “while others are taken at locations where photography is officially permitted like official monuments and museums. You are also hurried quickly from location to location and given little time to take images.”

While these representational restrictions do to an extent limit what we know of the DPRK, the hope is that they will provide a more holistic visual document when seen in tandem with the work by other artists working in a variety of mediums. With each new perspective, we have more resources with which to better understand the country.

Zaidi originally planned to visit a beer festival in North Korea after a tipoff from someone he’d met during his travels, who said it was the best place to interact and take photographs of North Korean citizens with relative freedom. When he arrived there in August, he was told the festival was “indefinitely postponed.”

“In North Korea, the itinerary you take is pre-planned and doesn’t really change,” he says, “you are with two North Korean English-speaking guides the entire time—except when you are left to sleep at the one hotel where everyone has to stay—situated on an island in the middle of the city.”

“On many occasions my guides asked to see my images, which they politely requested I delete- which I did immediately in front of them. When I asked them why they wanted me to delete images with no military content – their response was ‘we only want you to take the best pictures possible – please try to take only good pictures.”

“Overall, if you put politics aside—which I have tried to do in this photo essay—it is a scenically beautiful country,” says Zaidi, “one of the cleanest you will ever visit with hospitable people who will go out of their way to help you. The only question I can’t answer is whether that is all real or staged.”

What struck the photographer the most about his short time in the hermit kingdom was that it was not contempt or hostility that seemed to be on people’s mind—“there is a military theme everywhere–from the parades and posters to the school uniforms–but kids still laugh and smile at you,” he recalls, “but I did not sense any hostility at any time throughout my trip – nor did anyone else with me.” On the contrary, one of the things that seemed to be most important to people was the idea of ‘one unified Korea.” Writing this from Seoul, I can say that from this side of the border the sentiment is much the same. 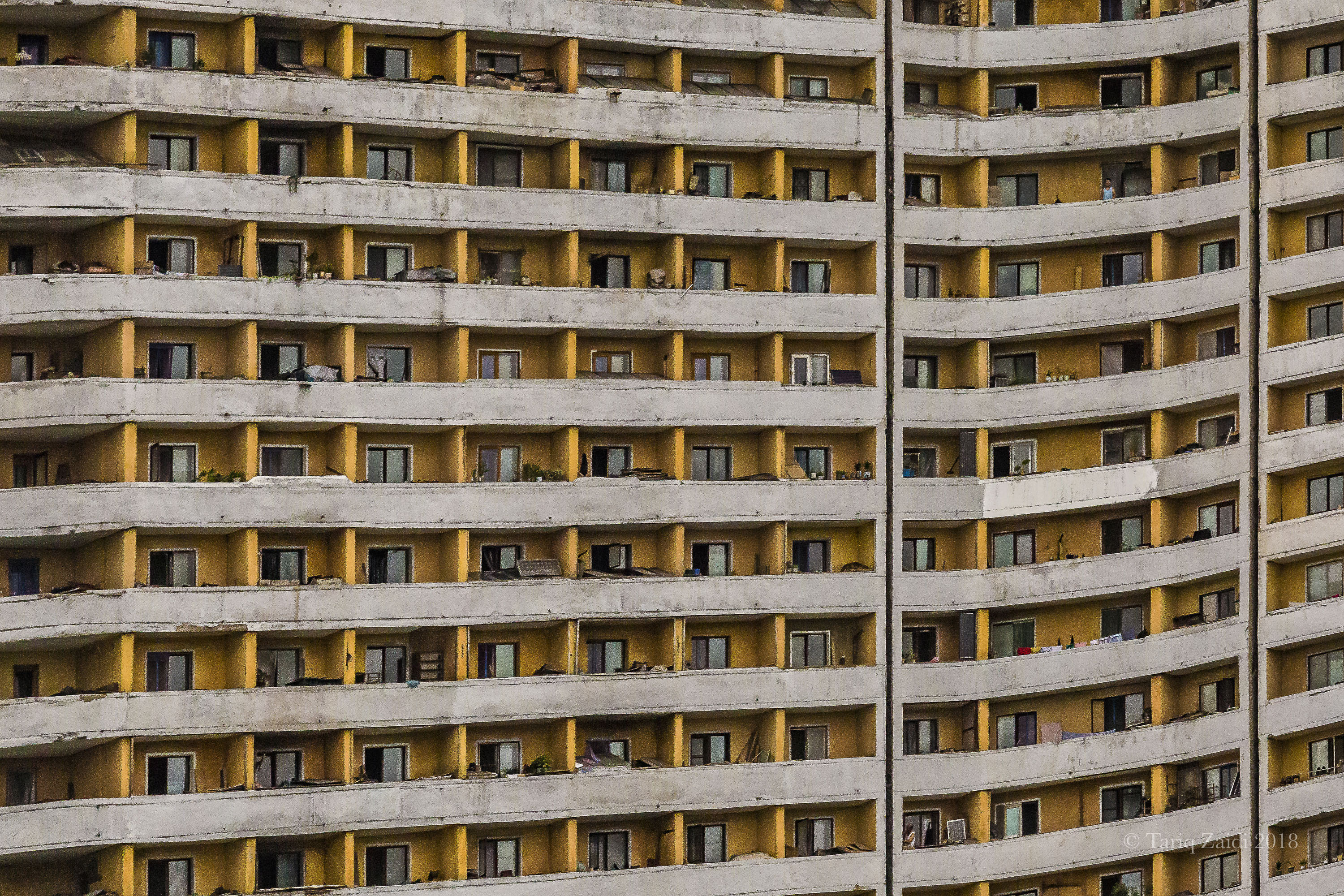 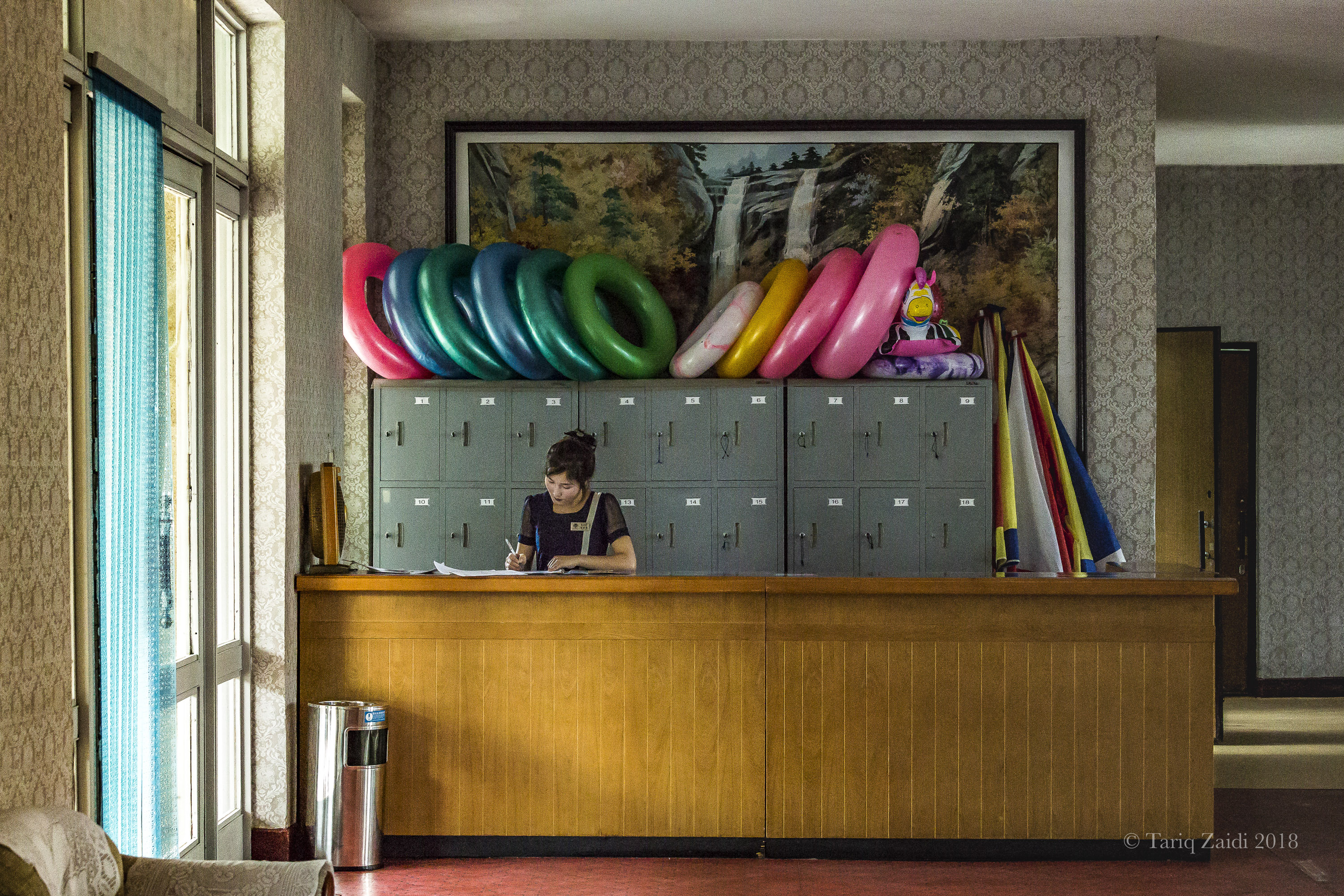 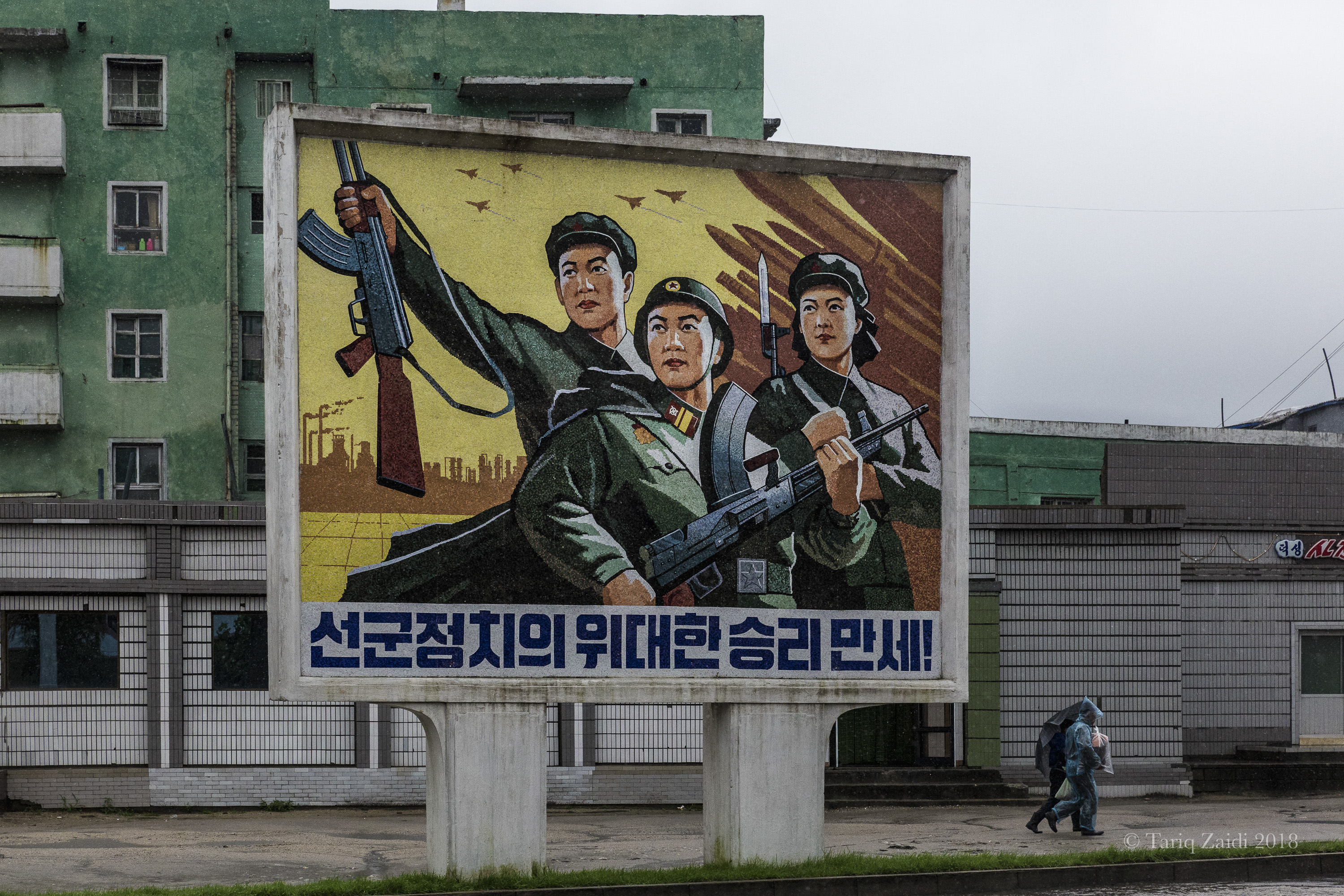 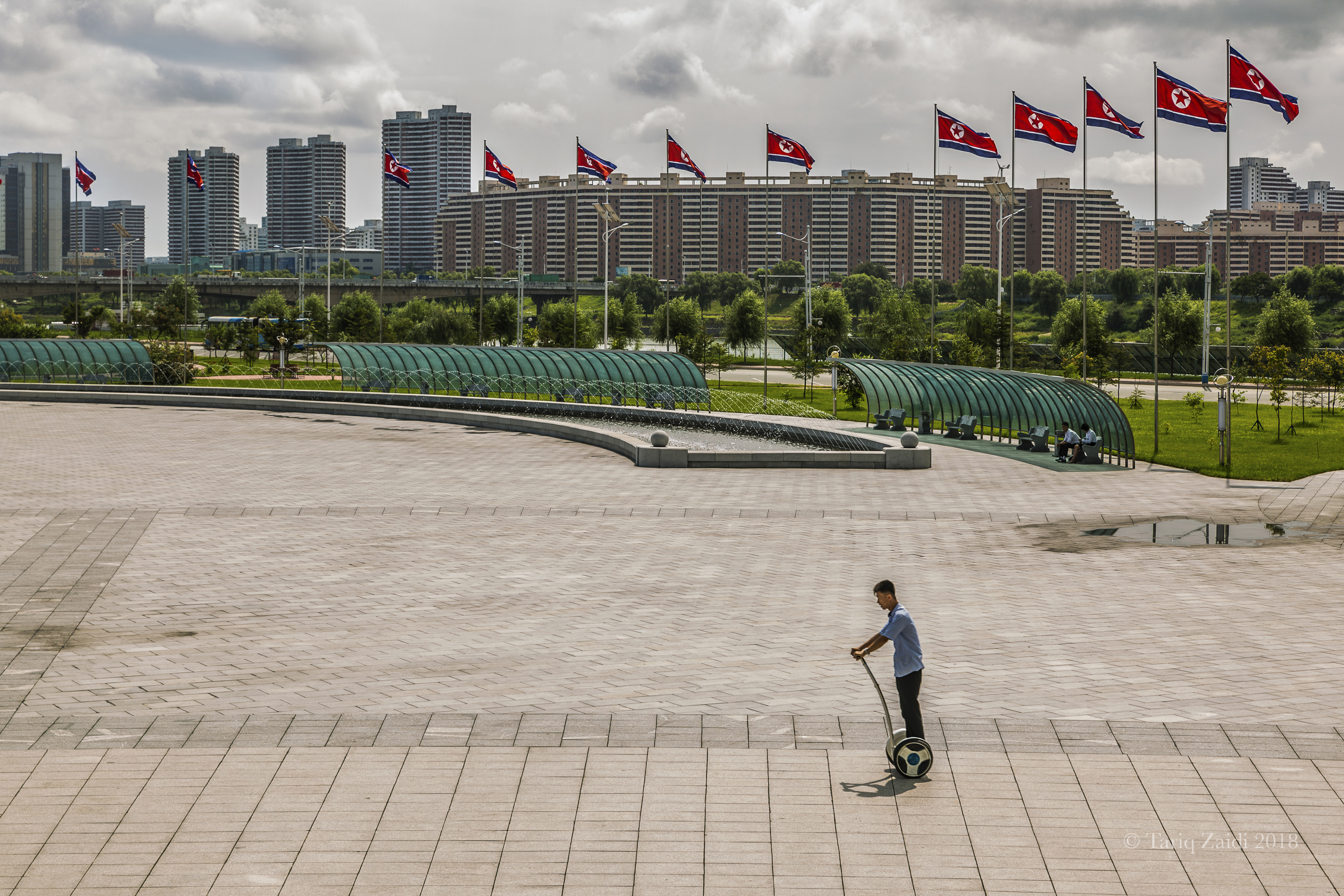 Man riding a Segway outside the Pyongyang Sci-Tech Complex – a science and technology center in Pyongyang. 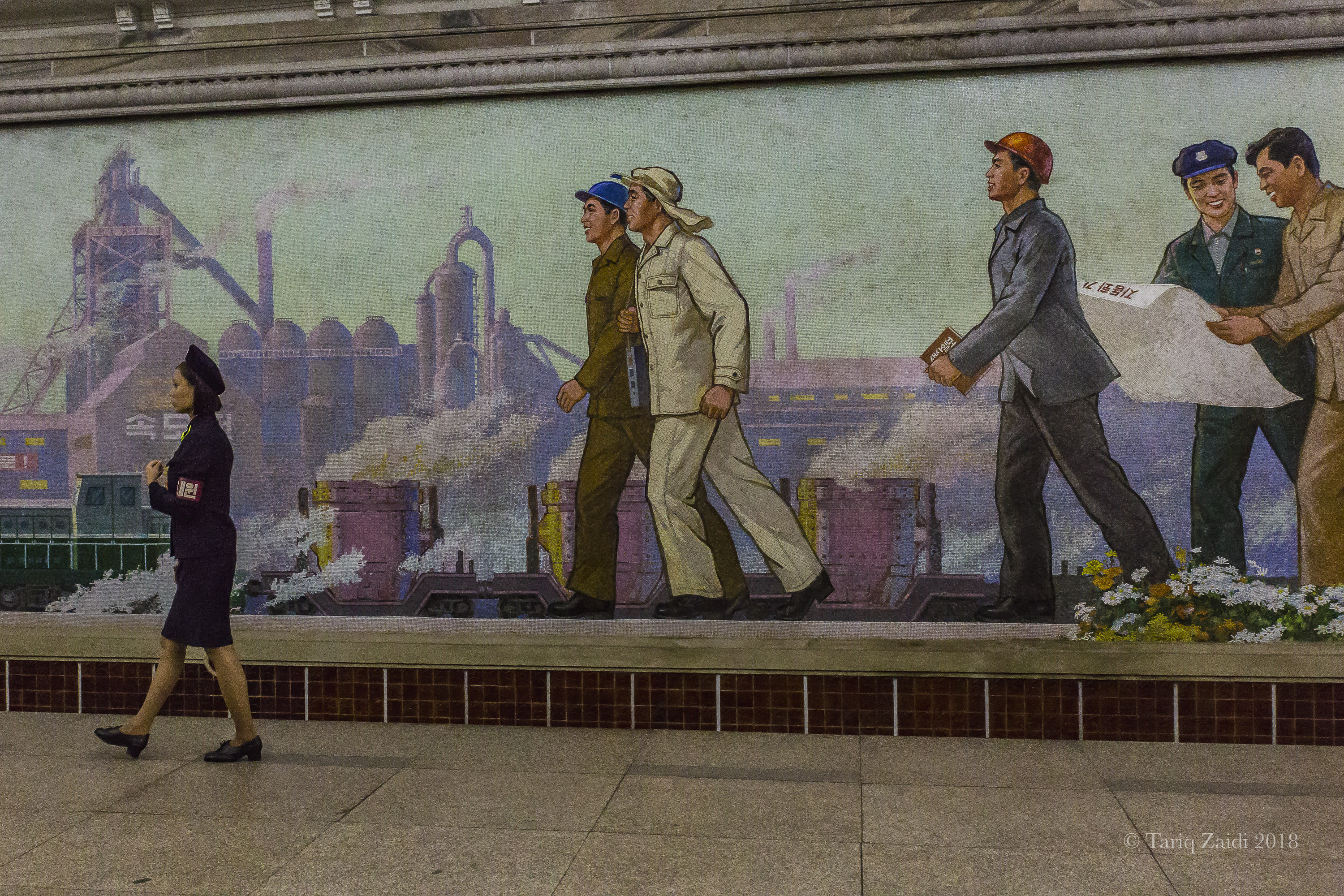 Woman train guard in Pyongyang metro. One of the deepest metro systems in the world with artwork reflecting the name of each station. 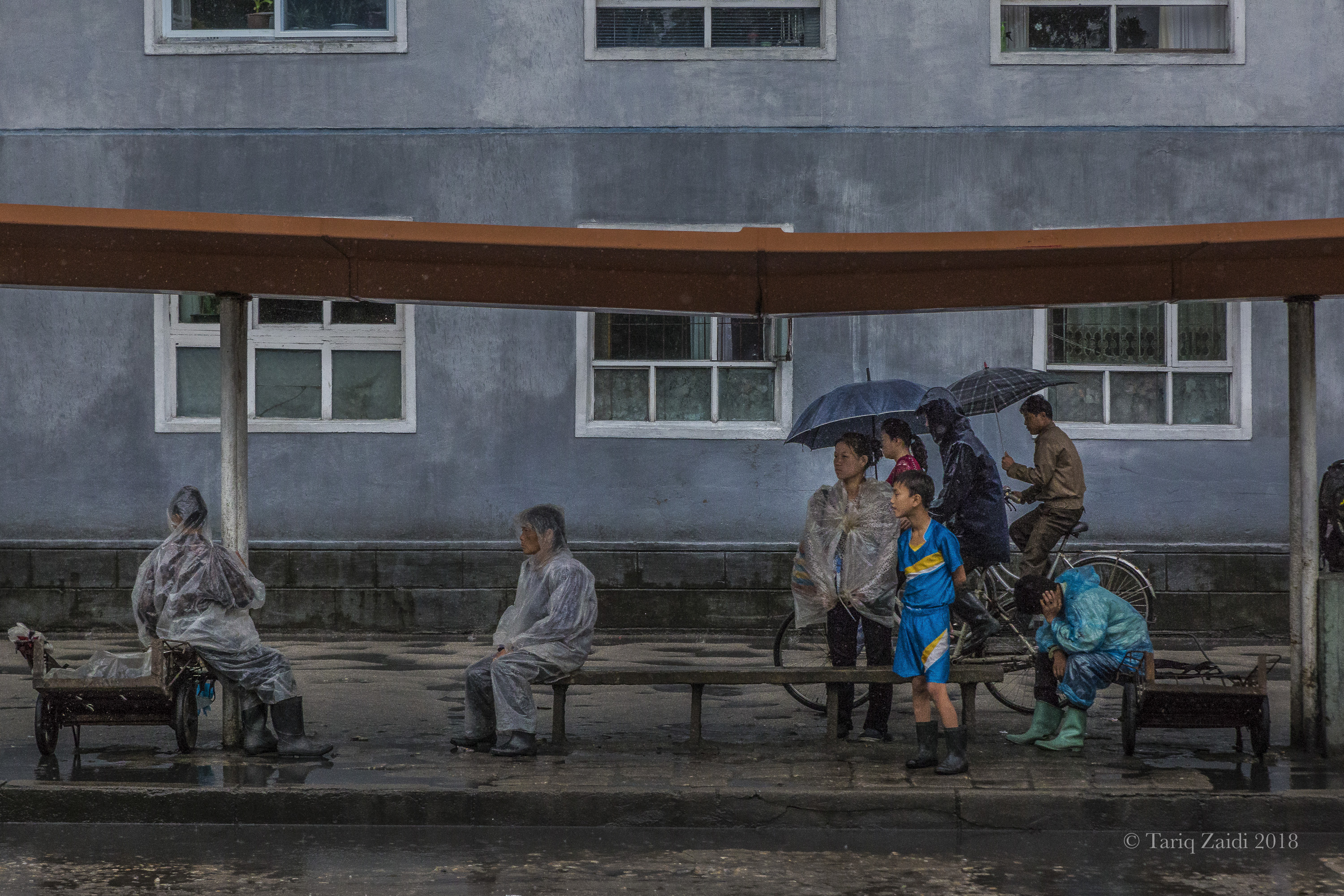 People waiting at bus stop on the outskirts of the capital, Pyongyang 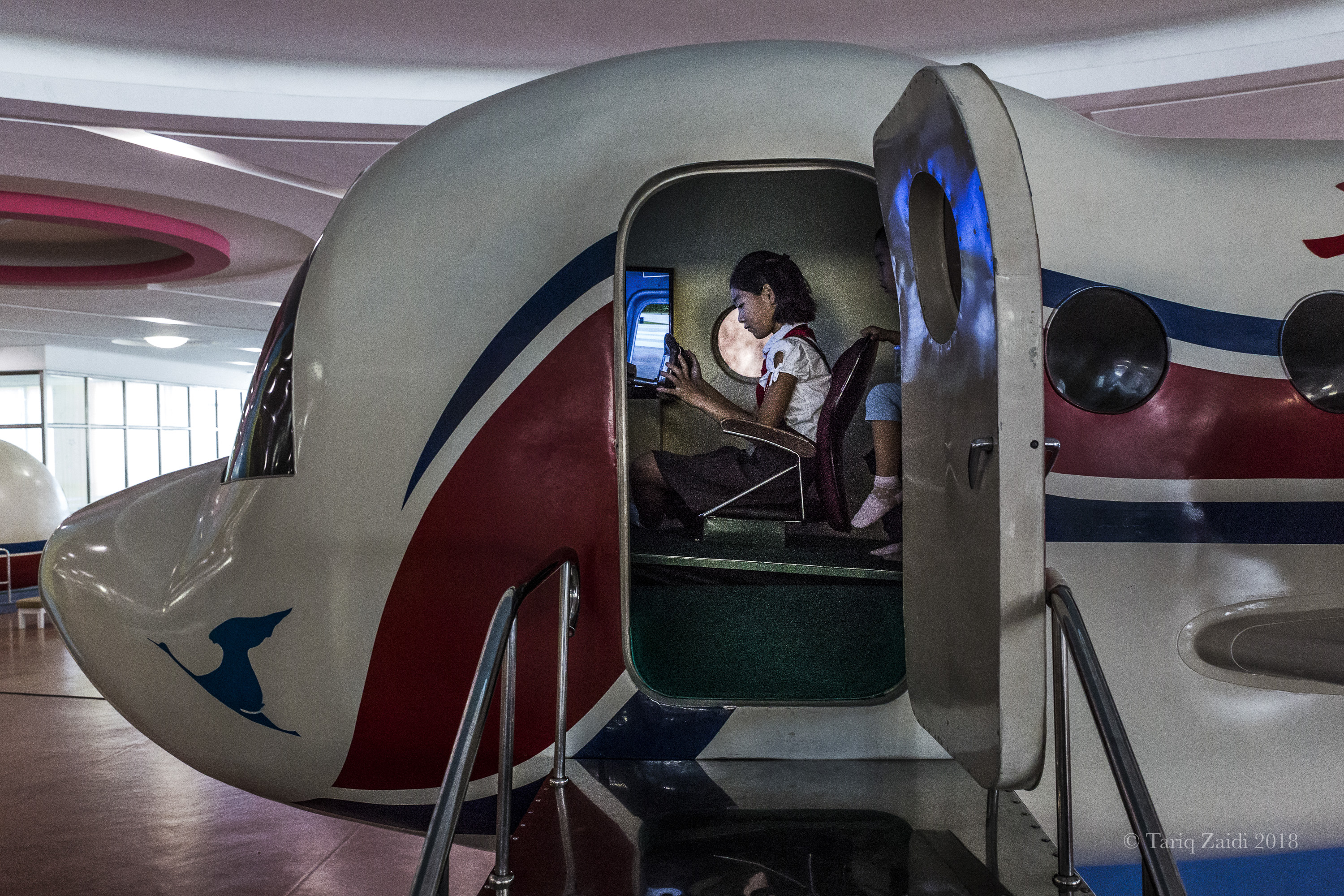