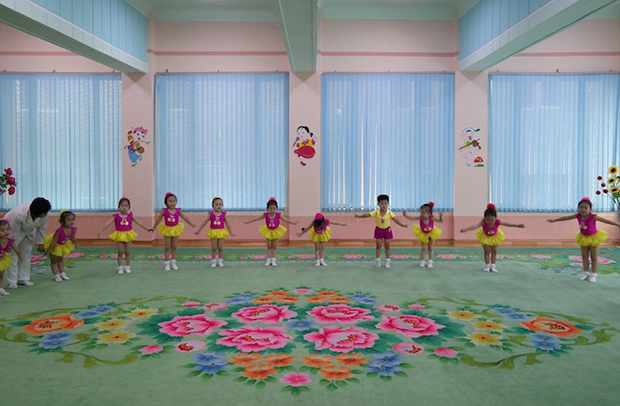 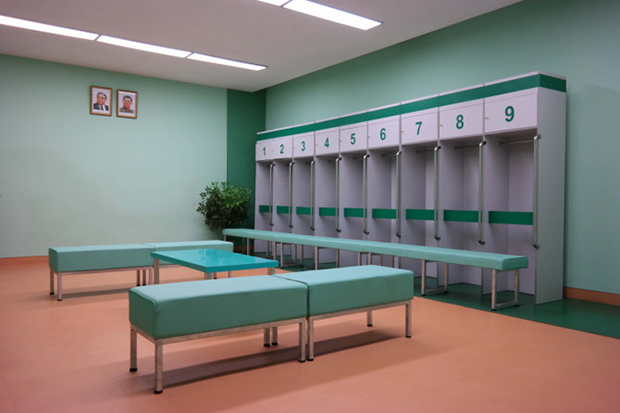 Rungrado 1st of May Stadium, Pyongyang

Touring the interiors of Pyongyang, North Korea, says The Guardian’s Oliver Wainwright, is not at all dissimilar to “walking into a life-size Polly Pocket toy.”

The well-versed architecture critic first glimpsed the pastel-drenched halls and rooms during a visit through the capital in the summer of 2015. He was permitted to have a camera, but it and all his other items were searched thoroughly upon his arrival. At all times, he was accompanied by state-appointed tour-guides, all of whom had seemingly memorized the same general dialogue.

Although his views of the emerging metropolis were strictly monitored— all prohibited areas were described as “closed for renovation”—Wainwright couldn’t help but feel bewitched by the twee layouts of the buildings he visited. It’s a style he calls “kindergarten kitsch.”

Supreme leader Kim Jong-un is the driving force behind the new architectural initiatives. His goal, explains Wainwright, is to turn the capital into a tourist mecca, or in the words of the official state slogan, to “turn the whole country into a socialist fairyland!”

Pyongyang, mostly razed to the ground by the US during the Korean War, has a relatively short architectural history. It was largely influenced by Soviet design when it was first rebuilt, but Kim Jong-il’s The Art of Architecture set the ground rules for North Korean aesthetics. Every structure, in theory, should be centered around a statue of the nation’s leader. Architects have been sentenced to death for not understanding the guidelines properly.

Wainwright was not permitted to photograph anything rickety or incomplete, and everything he was allowed to photograph seemed distinctly “choreographed.” The whimsical and often puerile color schemes and designs act in part like a narcotic, suggests the photographer and critic, meant to dull the sharp edges of the country’s flaws, which remain always hidden from view. 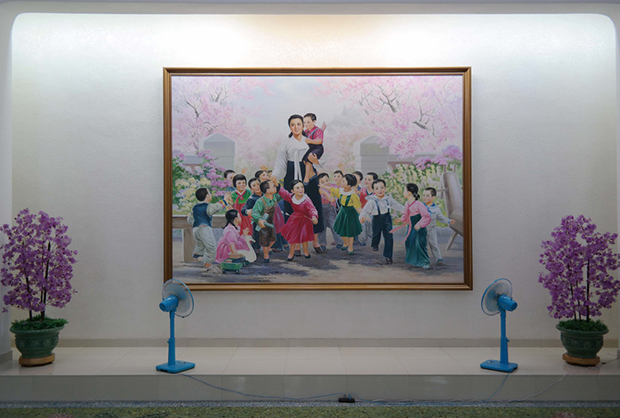 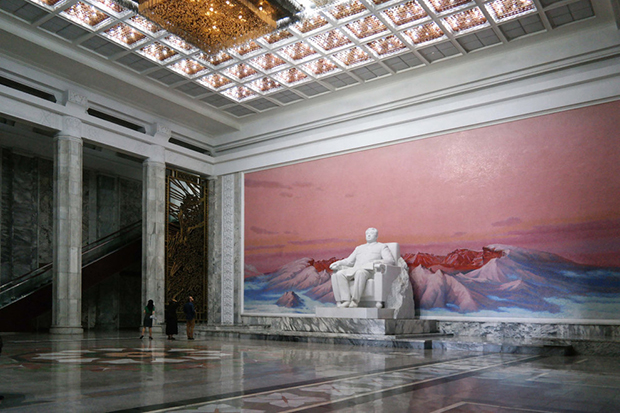 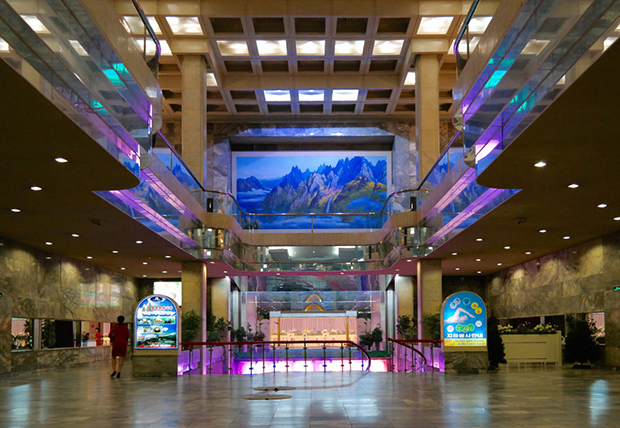 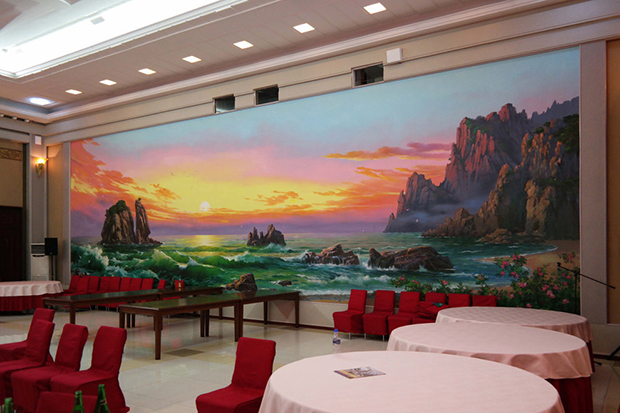 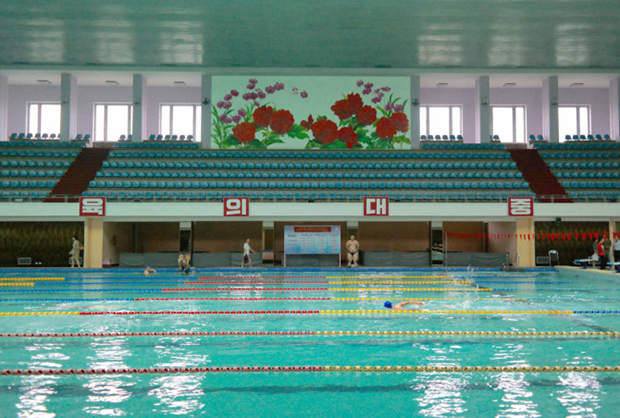 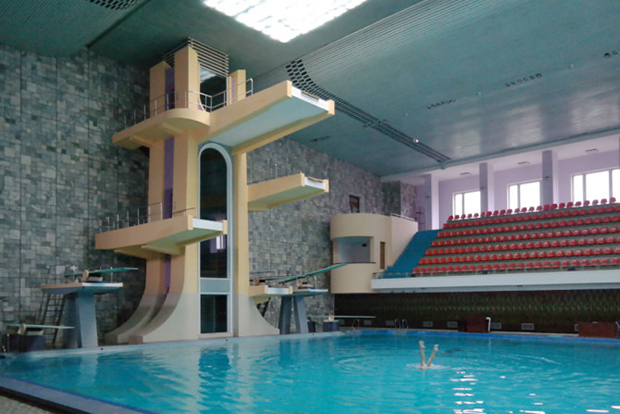 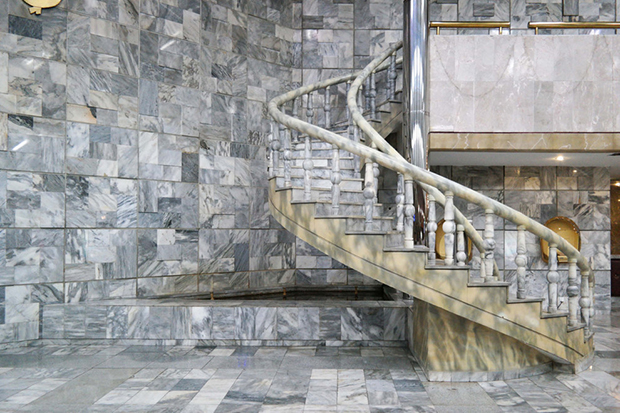 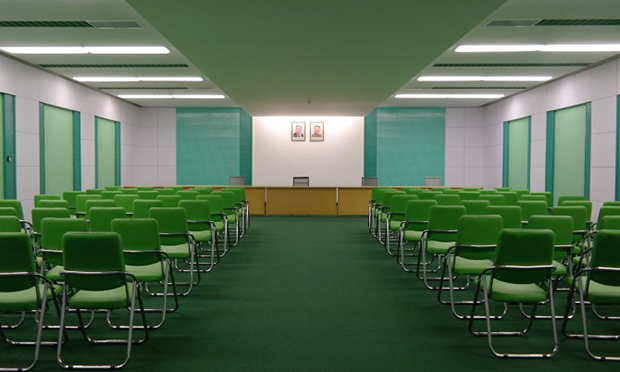 Rungrado 1st of May Stadium, Pyongyang 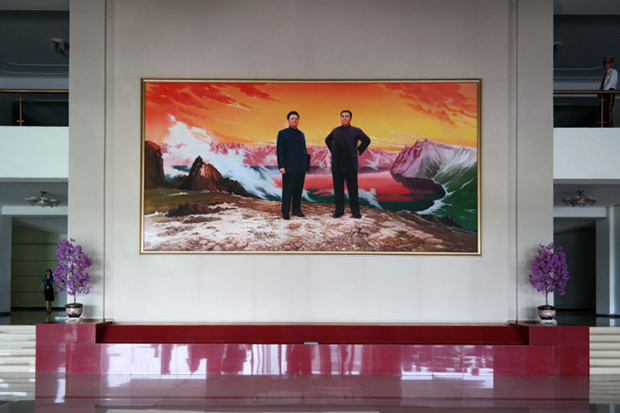 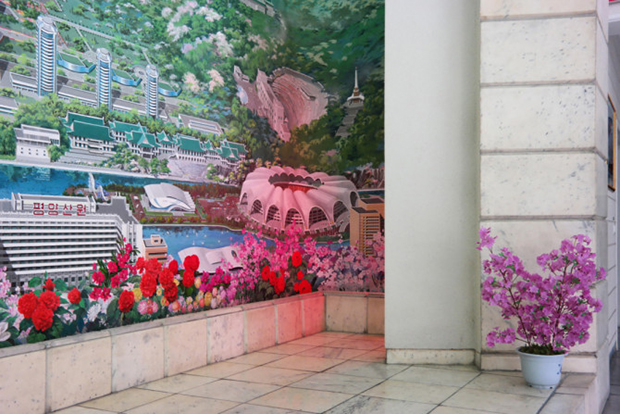 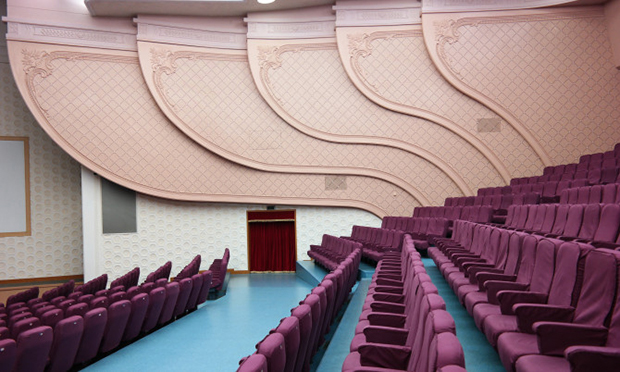