This Photographer Captures the Beauty and Uniqueness of Marginalized Communities 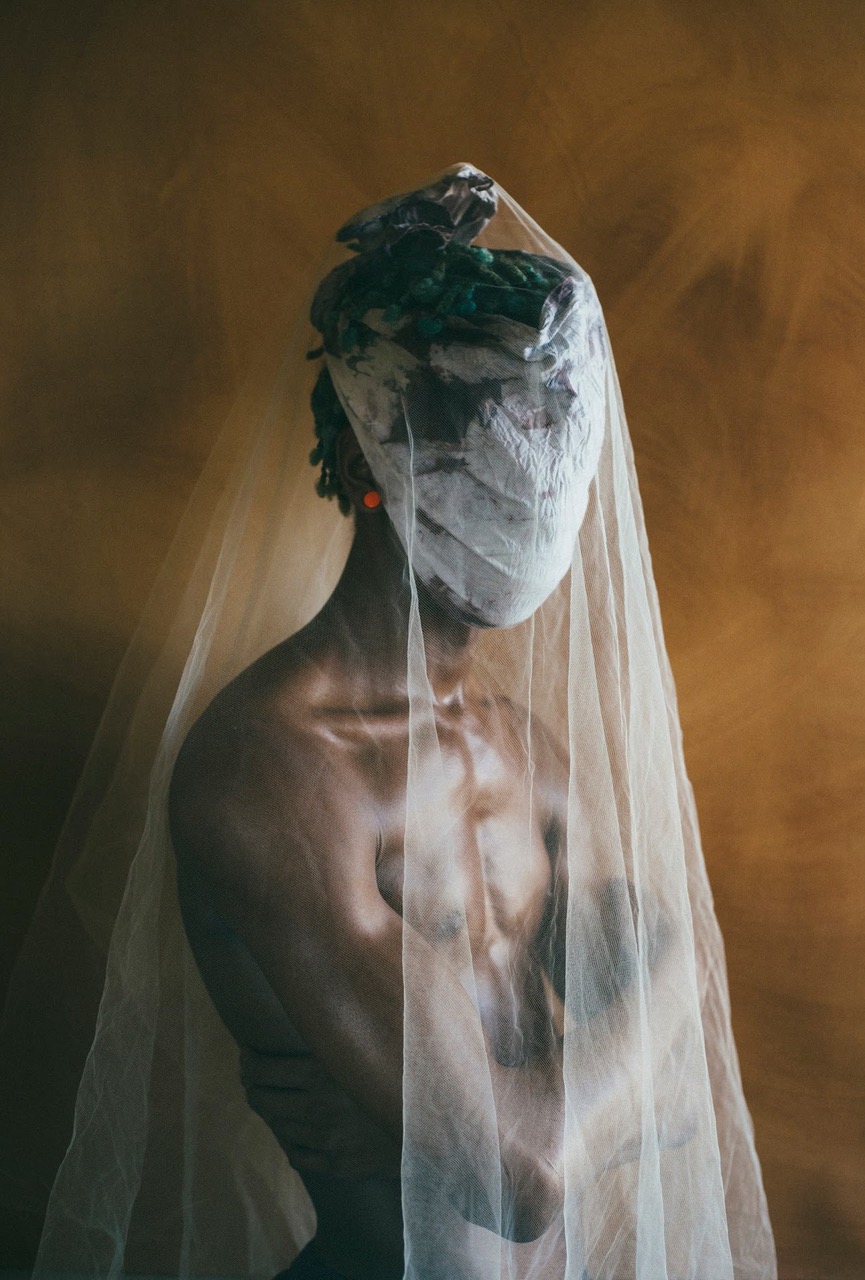 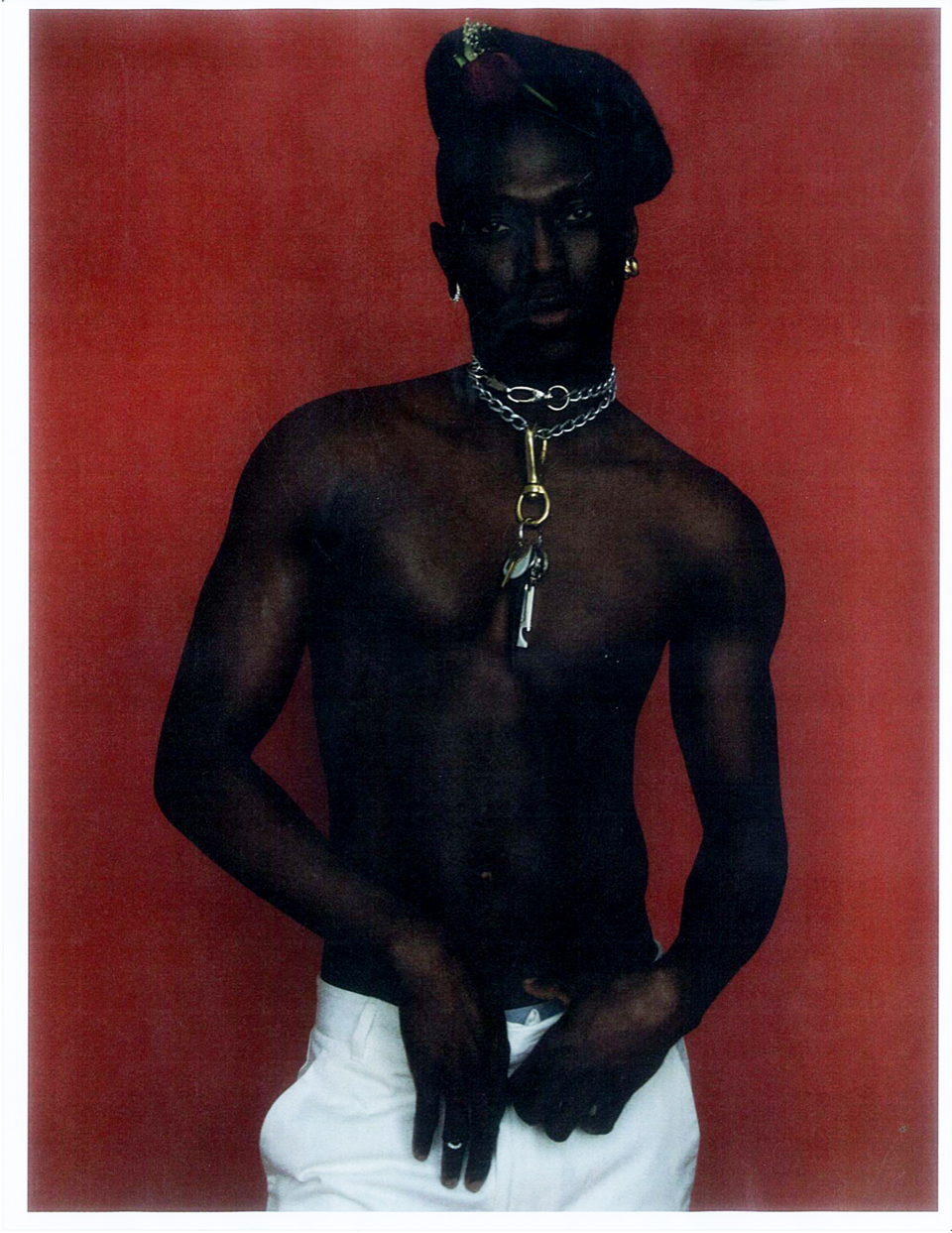 New York based photographer Justin French captures people and their beauty in a raw and beautiful way, usually directing his lens towards those whose identities are created by the intersections of different experiences, making their very existence inherently political.

Current sociopolitical events have shifted the way many people were thinking about the world and the way they were living in it, which resulted in many artists voicing their concerns and disagreements with the way governments and other institutions have operated in the past and are operating today. As a way to contribute to the conversation and maybe just as a natural reaction to his environment, the message and significance behind a lot of Justin’s work can be traced back to a lot of the sociocultural issues of his time. Issues of racism, police brutality and the representation of LGBTQ folks are therefore things that Justin speaks about with his work, sometimes even unconsciously. The photographer explores race and gender through portraits telling the stories of fictional and surreal-looking characters living in worlds in which their identities and the way they express it do not hold as much weight and gravity as it does in ours. Still, many of the stories Justin tells remain reflective of the real-life experiences of many, making his photographs even more compelling.

We asked Justin French about his work, the messages behind it and the necessity for artists to create work reflective of the times they live in.

Is there a common theme or message throughout all your series?
“There does seem to be a similarity of tone throughout my work when I look at it, however not intentional, I think i like to take a documentary approach to work that is almost entirely fictional and mythological in concept.”

What events, people or places inspire you to create the work you do?
“Most often my inspiration comes from my imagination when listening to music. There is something very inspiring for me in live instrumentation, the spontaneity of it, and depending on the bravery of the band, their ability to merge disparate influences into something new and cohesive. These are attributes I would like my work to embody.”

How exactly do you choose the models who take part of your projects?
“Cast for comfort. I usually take interest in people who are open minded and quiet comfortable with themselves and have respect for the ideas I propose. It’s really difficult to project what is in my mind as a finished image onto a mood board, so typically i verbally explain it and wait for a positive reaction.” 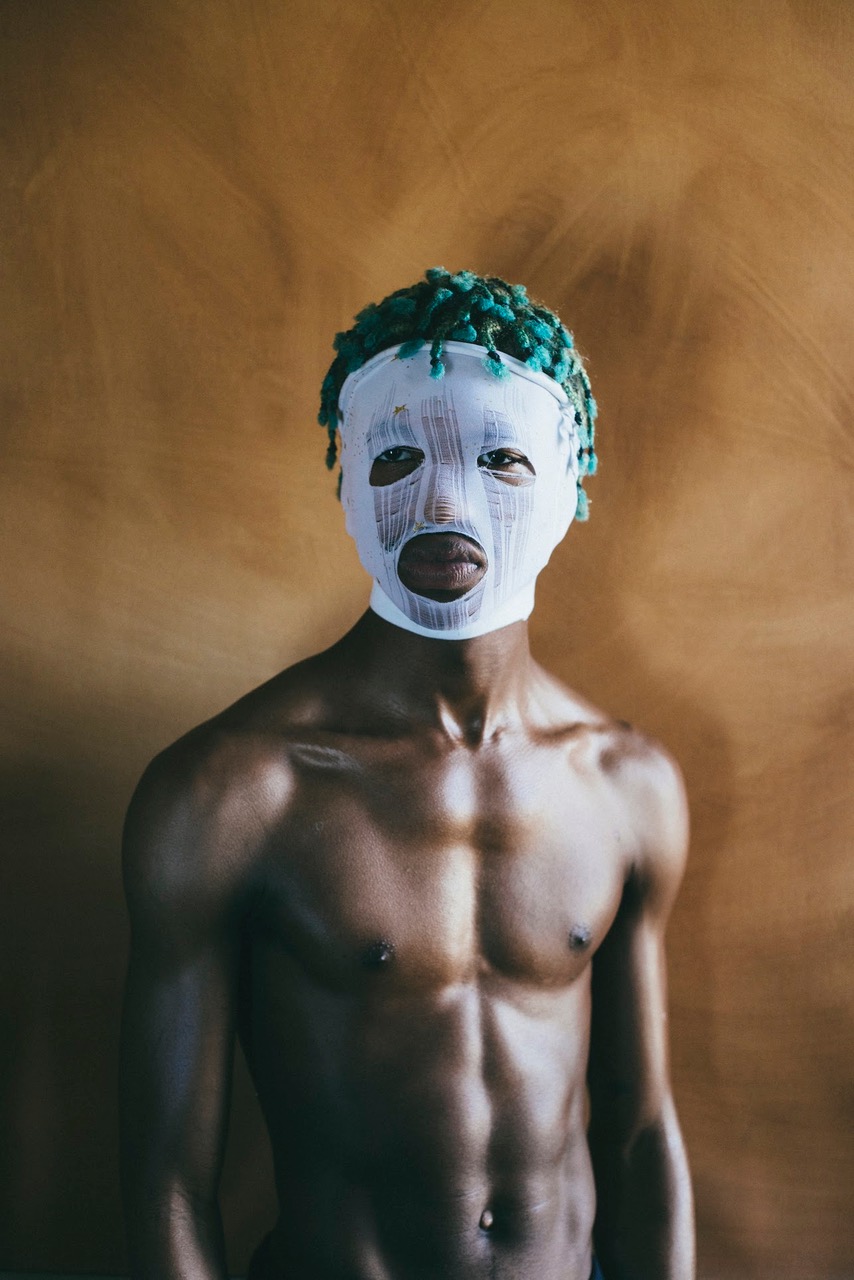 In “Black Skins, Shibori Masks” the faces of all the models are hidden. What did you want to communicate with this series? Was hiding the face of the subjects a conscious and intentional decision?
“The choice of covering each face was intentional and in my mind was a jab at gaps in cinema at having black characters with no character development except merely eye candy or just to clear diversity checks. The images are meant to evoke curiosity about who these characters are, where do they come from, what are their intentions, are they good, evil or neutral. To inspire Infinite questions really, With no access to the face the imagery spawns question after question and forces you to gaze and wonder what is going on and who are you looking at? This is how I feel about black folks in cinema. I see them, and i’m curious and while I am interested in seeing them and learning more about them, so little is given to me.”

In several of your series, your male subjects are dressed unconventionally and different from what you typically expect men to. Is there anything in particular you try to communicate in your work in regards to men, masculinity and gender performance?
“Yes, the images are meant to be a world apart from our own. I’m not so much looking to cause a gender conversation, though I understand that is really 100% at the discretion of the viewer. I like my muses to be self realised, confident and far beyond the trivialities of gendered clothing. There is nothing particularly feminine nor masculine about my imagery, at least as far as my intent. Even in cases where a man is wearing something designed for a woman’s sensibility it is totally reconstructed in a manner that makes it almost completely other. Not so much men wearing women’s clothing simply for the sake of wearing women’s clothing, but my muses depicting a world where the comfort level with SELF is so high that the idea that they are synonymously wearing mens & women clothing isn’t even an after-thought.” 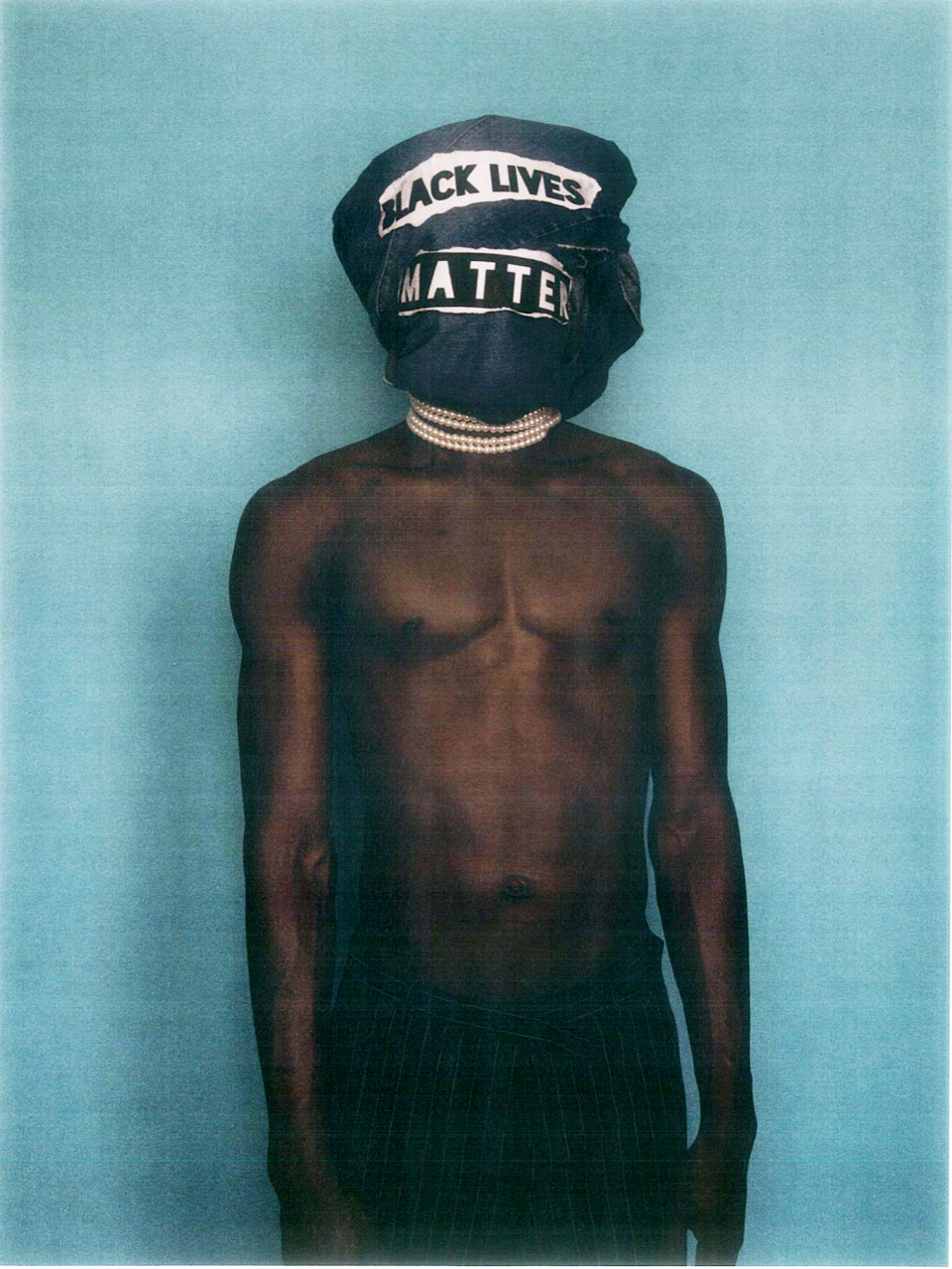 “The Unwilling Martyrs” is very clearly inspired by and in reaction to the Black Lives Matter movement. Do you think it’s important for photographers to make work reflective of the sociopolitical context they live in? And if so, why?
“I think it is important for some photographers, I honestly do not think it is crucial for all. I didn’t actively seek to make political work, but it just sort of blossomed into a project organically, at a time and circumstance where it made sense for me to contribute. Now I can actually find political cues within some of my work even when it wasn’t intended. The black body has been made a magnet for politics.”

How do you think can photographers contribute to an improvement in society and culture?
“By keeping your motives in check, trusting yourself, being brave. If it is your interest in making that kind of impactful work.” 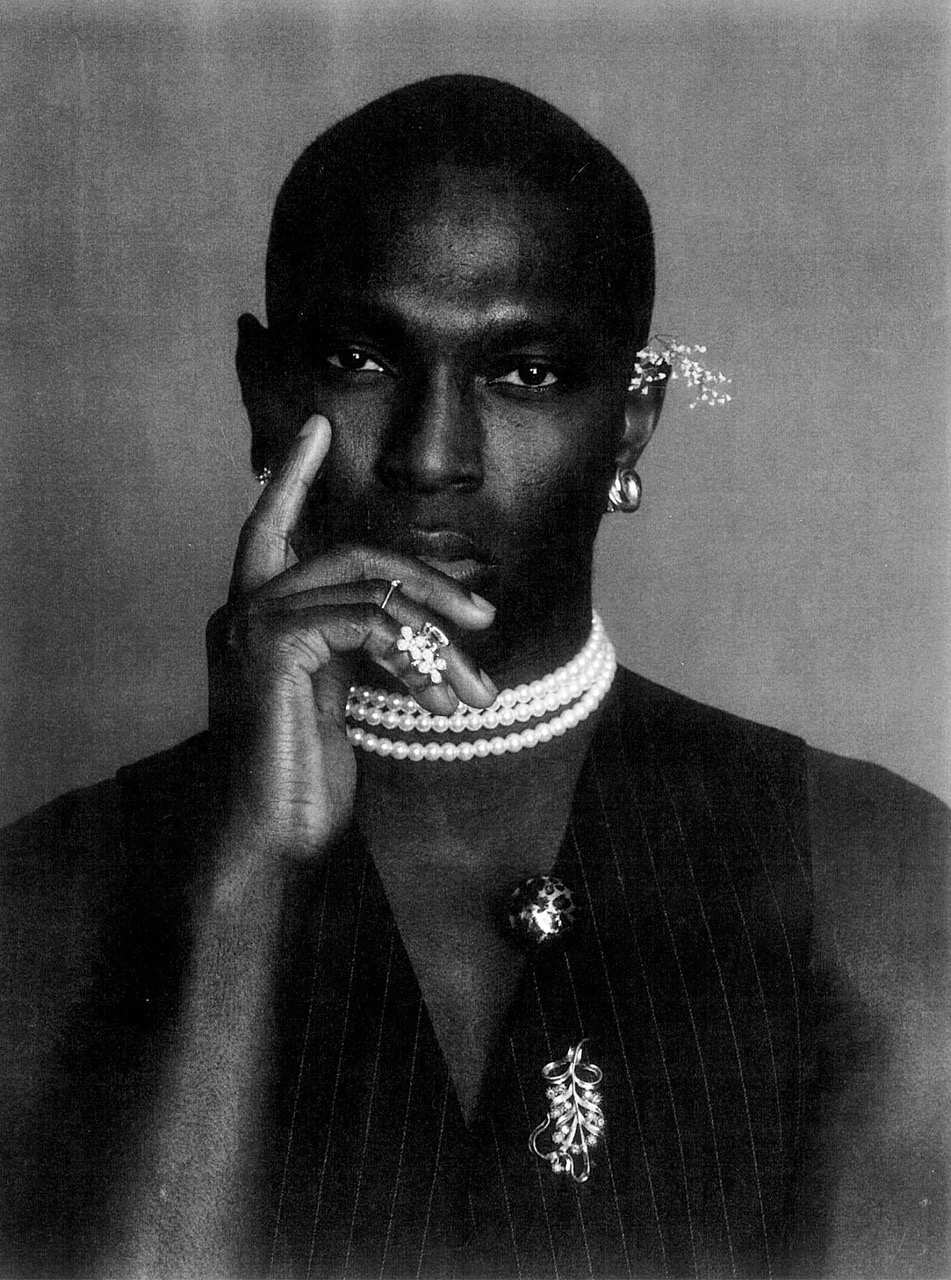 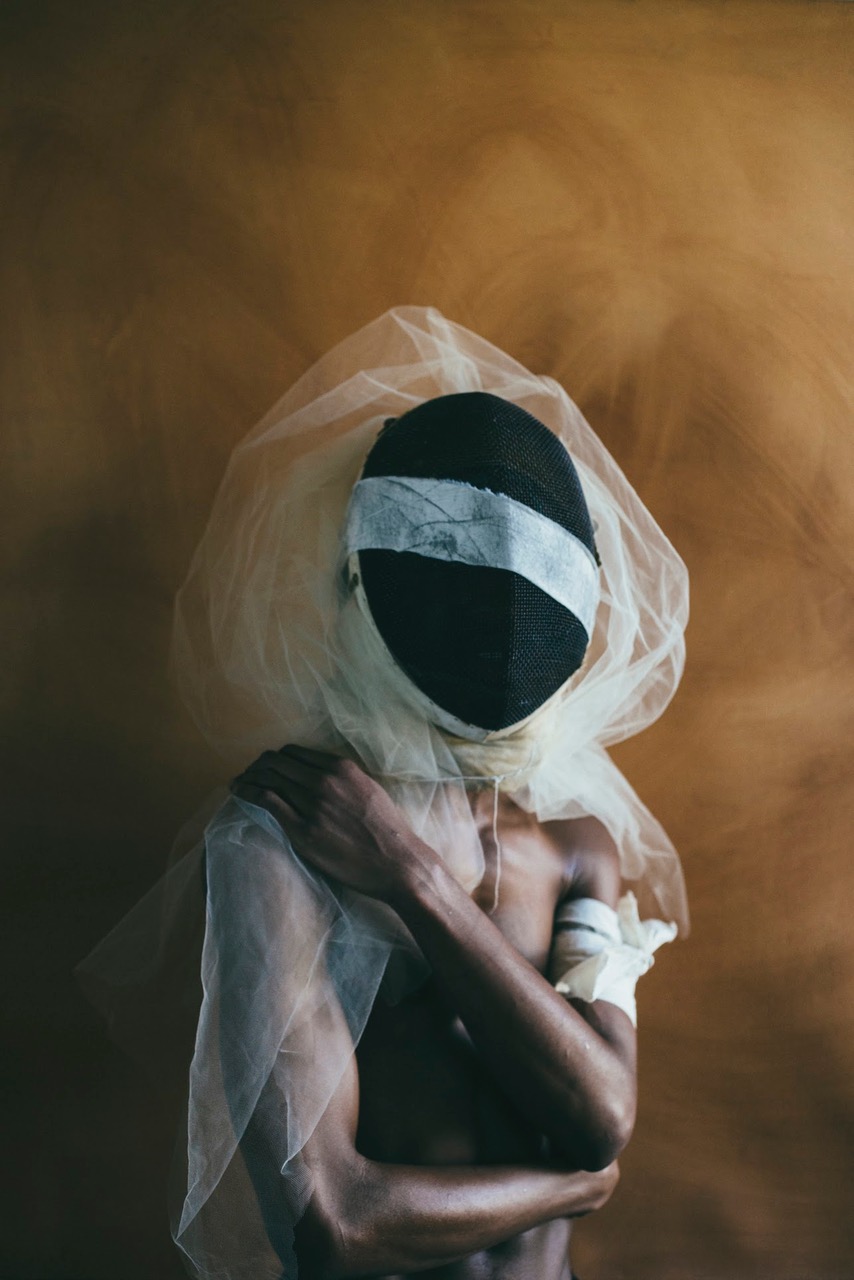 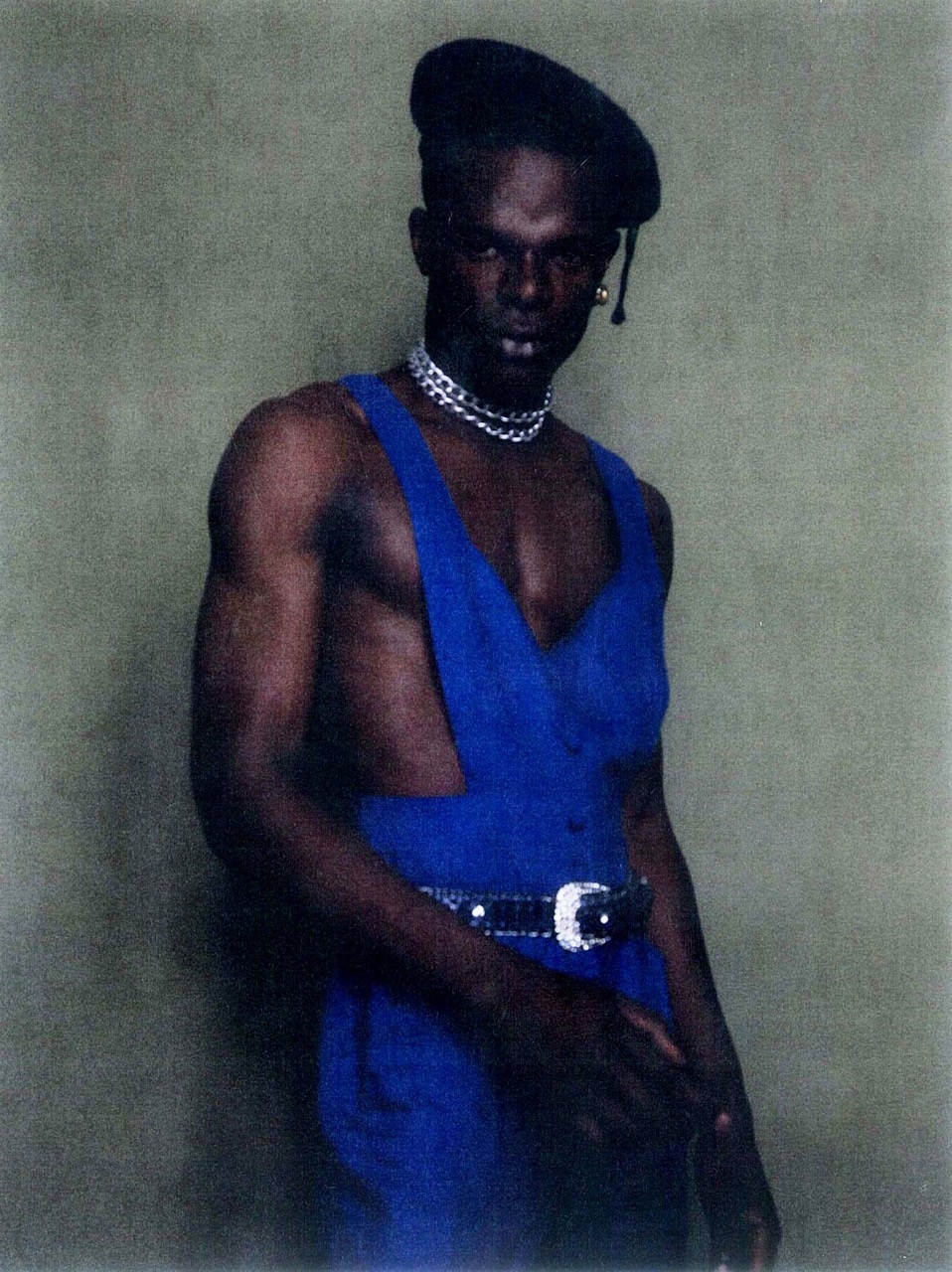