Mysterious Photos Inspire Us to Get Lost At Sea 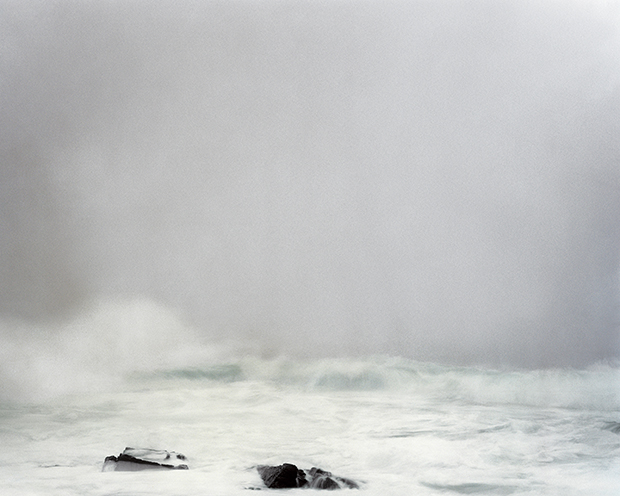 The pictures in At Sea, now on view at Panopticon Gallery in Boston, leave us feeling adrift. The ocean is endless, and when people do appear, they don’t look real.

Amy Friend‘s Port Stanley beachgoers are small enough to be toys. When photographed through one of Diana H. Bloomfield‘s signature toy cameras and pinhole cameras, the human body becomes gossamer. Jefferson Hayman‘s handmade frames feel like little boats in reverse; instead of keeping water out, they contain the entire ocean. Stephen Sheffield, in his own self-portraits, is lost with nowhere to go.

But we’re adrift not only in space but also in time. For this exhibition, curated by Gallery Director Kat Kiernan, Boston’s oldest fine art photography gallery skips through the eras of photographic history like pages in a book.

Andrew Seguin brings scenes from Moby Dick to life in cyanotypes (It’s worth noting, I think, that the cyanotype process was created in the 1840s, less than a decade before the publication of Melville’s novel). Agnieszka Sosnowska draws inspiration from old Icelandic folklore. Joni Sternbach chooses tintypes to immortalize a modern world. Like anyone captured in an antique salt print, the woman with rope for hair in Dan Estabrook‘s Your Braid looks like a long-forgotten ghost. But the picture was taken in 2006.

Still, at a time when the future of our oceans is uncertain, At Sea avoids sentimentality. This show isn’t so nostalgic as it is mysterious. Here, the water is no longer familiar and safe. The depths have their secrets, and while some are joyful, others are dark. Lisa M. Robinson‘s waves are ecstatic, but ecstasy can quickly turn to violence. These pictures take us far from home– at times, they might even frighten us– and in the end, that’s what draws us to them. See At Sea at Panopticon Gallery through October 31st, 2017. 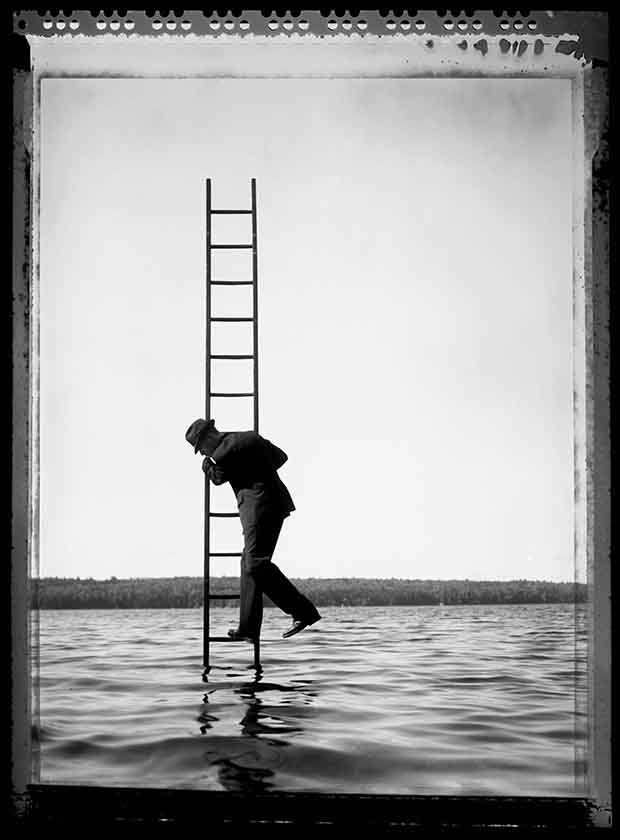