Mystery and Magic on a Lonely Farm in Iceland 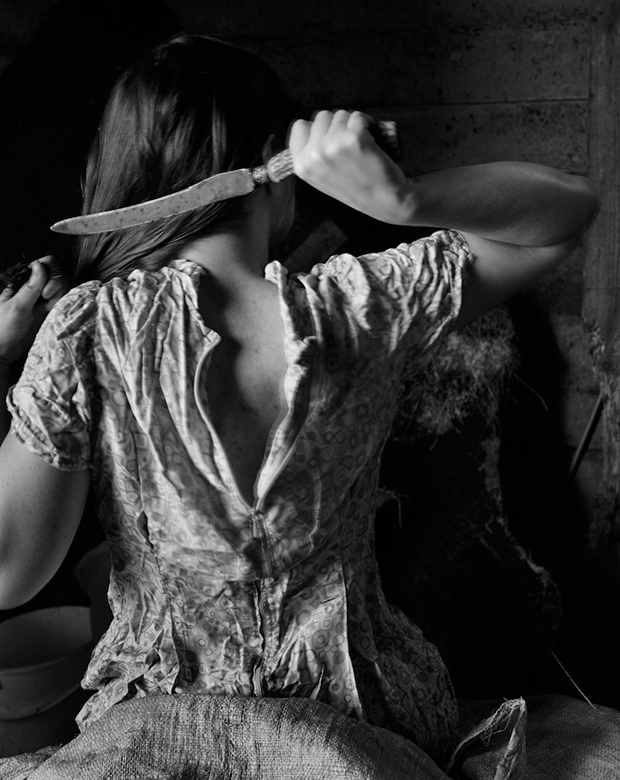 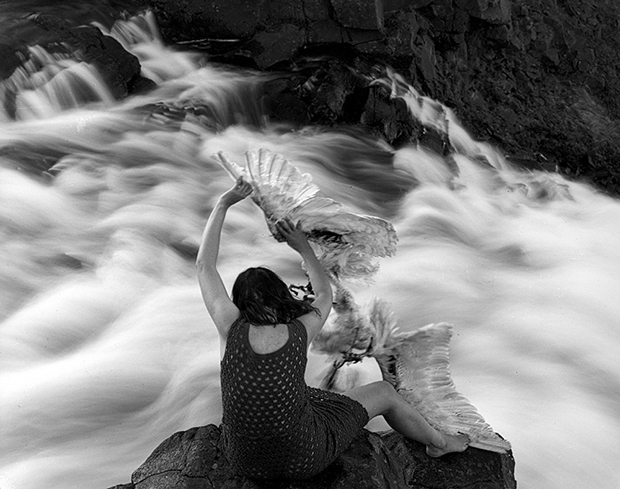 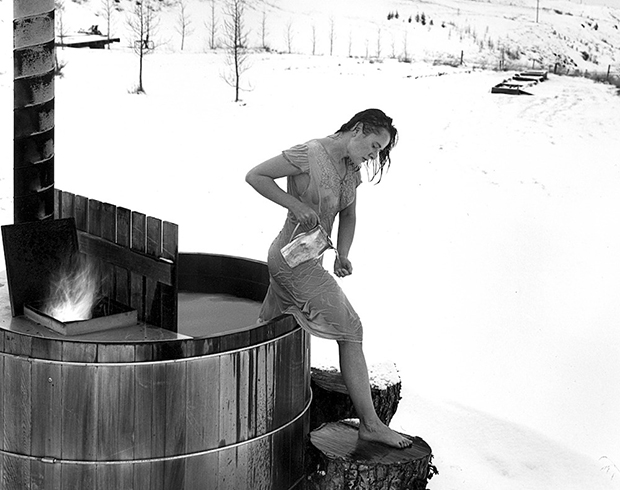 Photographer Agnieszka Sosnowska lives on more than one square mile of feral Icelandic terrain, a landscape flecked with a thousand folktales, passed down from one generation to the next. According to legend, little houses lie unseen within the fissures of the native rocks, inside which the elves or Huldufólk— meaning “hidden people”— go about their secret, invisible lives. Sosnowska, who moved to the farm in eastern Iceland a decade ago, is herself a skeptic, but she can’t help but hear the whispers of some mysterious presence when she’s out there, alone with the wind and the gulls for company.

The photographer came to the farm after marrying a local. The endless horizons and tumultuous weather captivated and daunted, and her breath at times caught in the back of her throat. Over the past ten years, she’s come to know this strange place like the contours of her own mind; she knows the whims of nature, its inclinations, its fury.

Sosnowska has been making self-portraits since she was eighteen, but in Iceland, she found the enigmatical echoes of her own veiled psyche. She learned to grow root vegetables and kale in the harsh climate; she tasted the meat of whales, reindeer, ptarmigan, and mink. The elements have fed her and rebelled against her; one December night, a mink found his way into the chicken house and slaughtered every one of her beloved chickens.

These days, the farm sees 24-hours of continuous daylight. The midnight sun dominates the human world. When it comes to the earth and its many creatures, Sosnowska suggests that here in this sequestered corner of the earth, there are threads that forever bind man to his fellows. The animals are all a part of preternatural beauty and mythos of the farm, and those who are domesticated come from ethical farmers.

Indeed, the photographer profoundly values the life of every animal, including those she’s killed. In her part of the world, “Nothing goes to waste.” In fact, the gulls who hang lifeless from her frame in one photograph were later fed to the foxes, keeping them warm and nourished through the brutal winter months.

When speaking of the mythology of the Huldufólk, Sosnowska admits, “This deep Icelandic belief is perhaps the greatest love letter to nature I have ever witnessed.” Although the earth can be cruel and bitter, she is also gentle and kind to those who care for her.

As suggested by The Guardian’s Oliver Wainwright, the “hidden people” have become in a way an allegory for the natural world in a time of great modernization; they speak for the voiceless creatures who share the space with human settlers. Bad things happen to people who defy the elves, but for the lucky few who catch a glimpse as they scurry to and fro, they are something magical to behold.

“I am a quite literal, rather boring, concrete individual,” confesses the artist, but sometimes while photographing outside, she’s set her imagination free to roam for miles. Of the so-called spirit world that runs parallel to our own, she says, “Sometimes I ask myself, ‘Why not?’” Then the shutter clicks shut, and she heads back home. 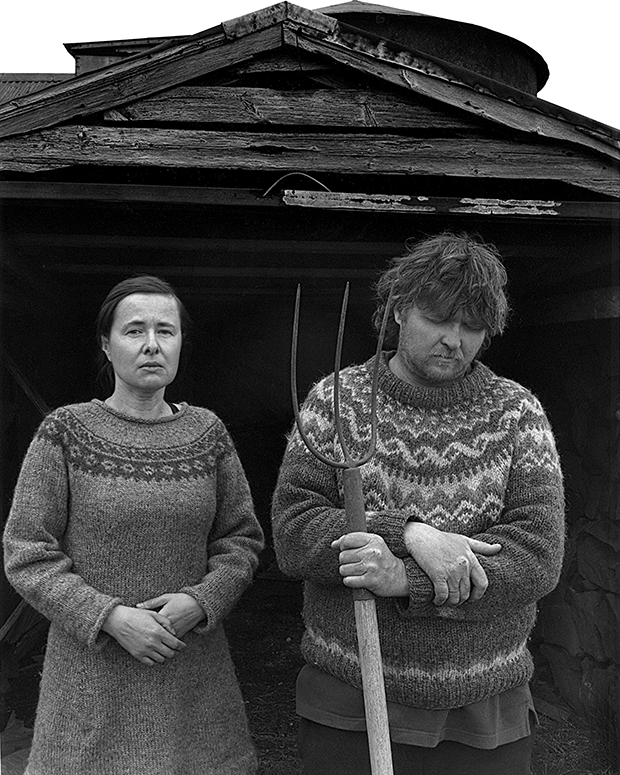 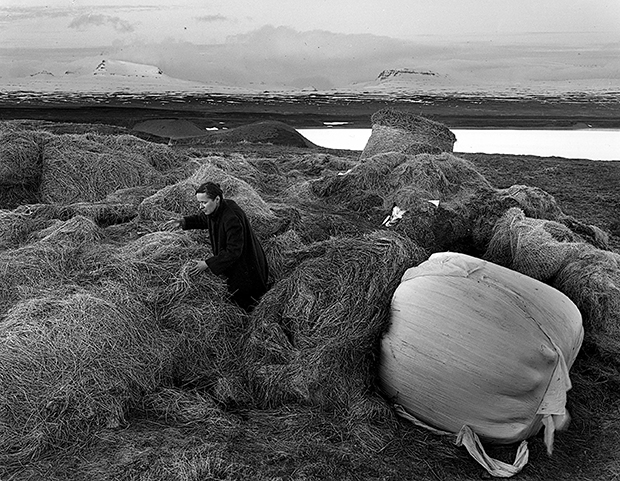 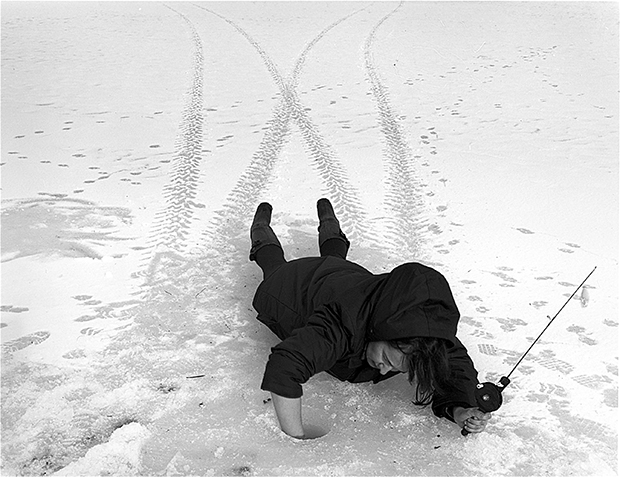 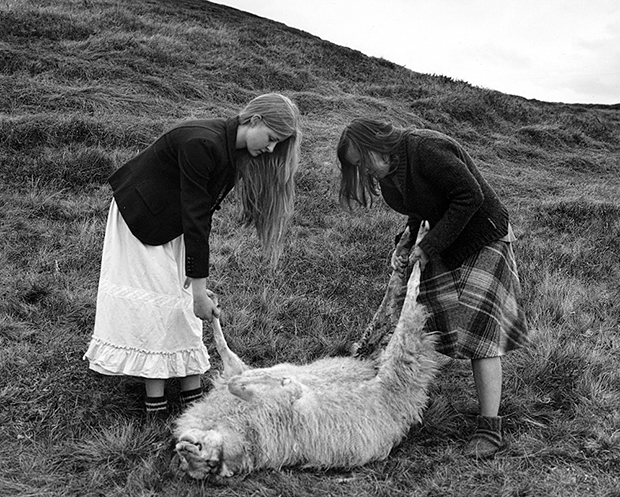 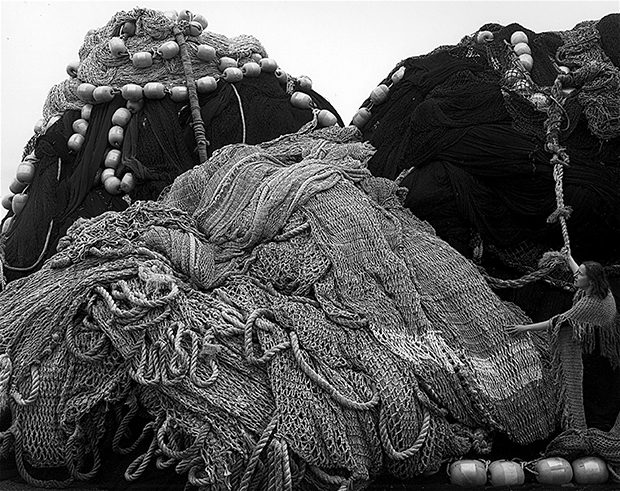 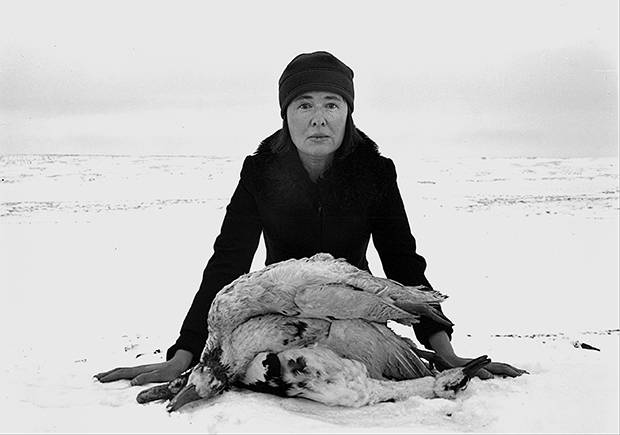 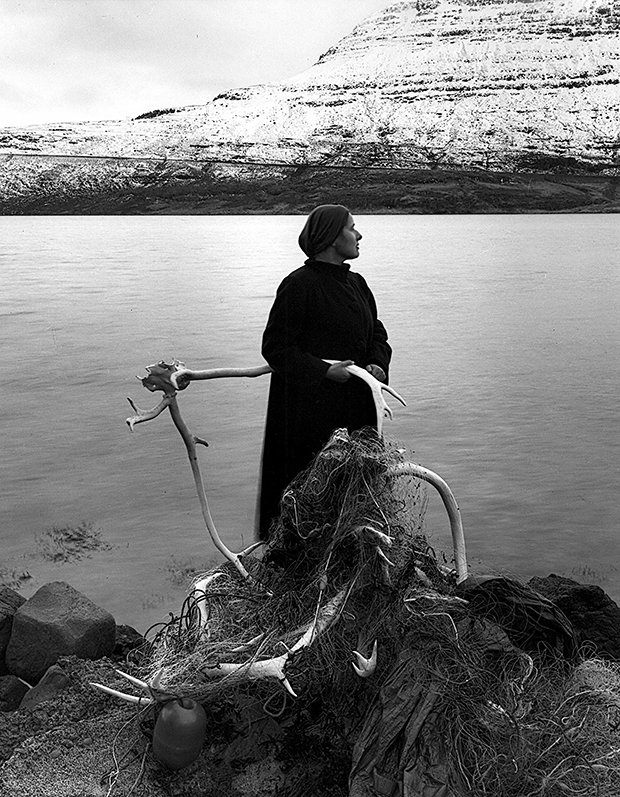 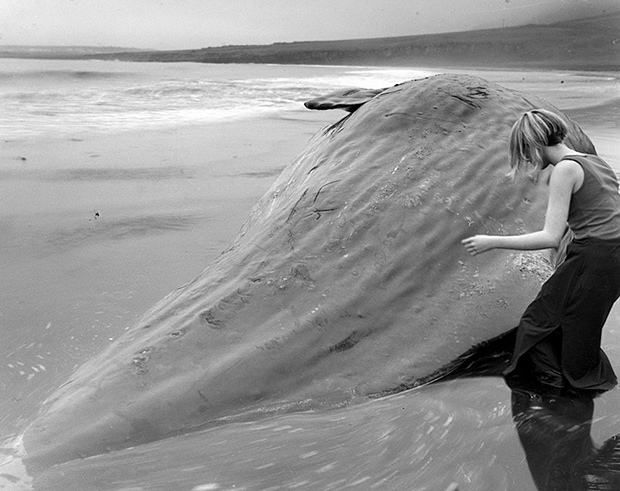 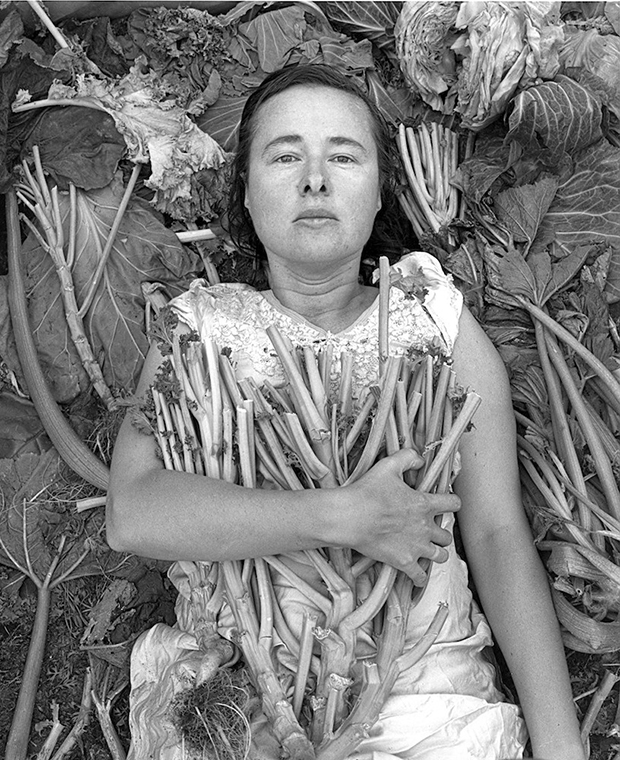 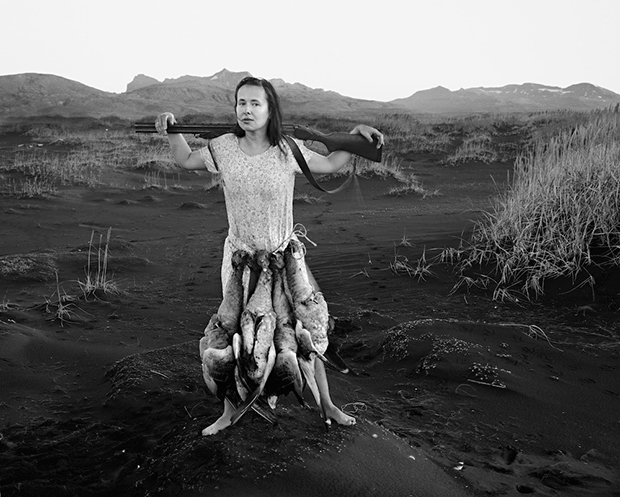 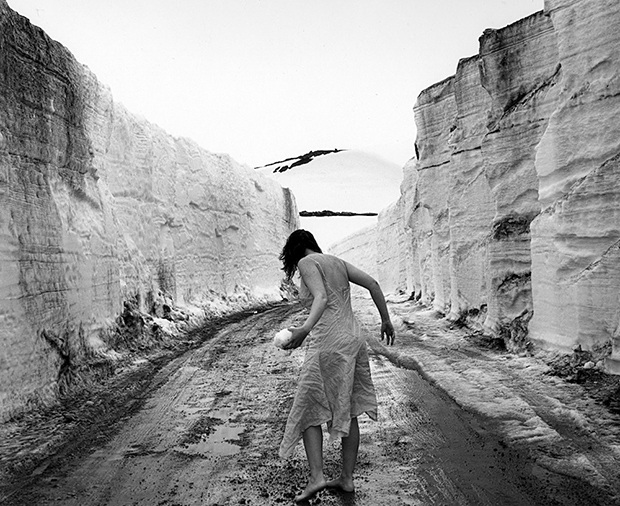 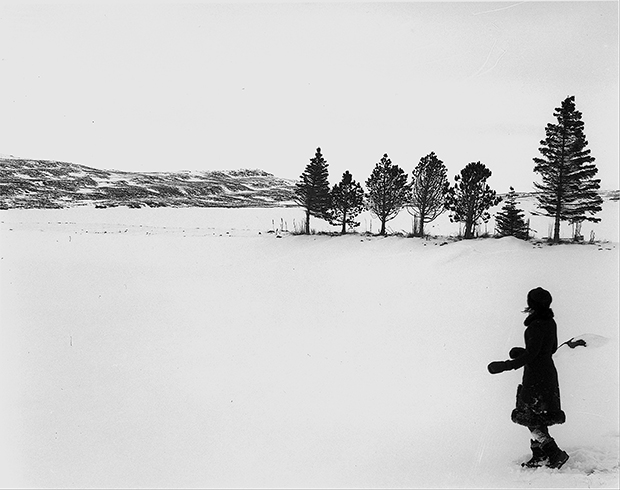