A Poetic Reminder of What Korea Used to Be Like 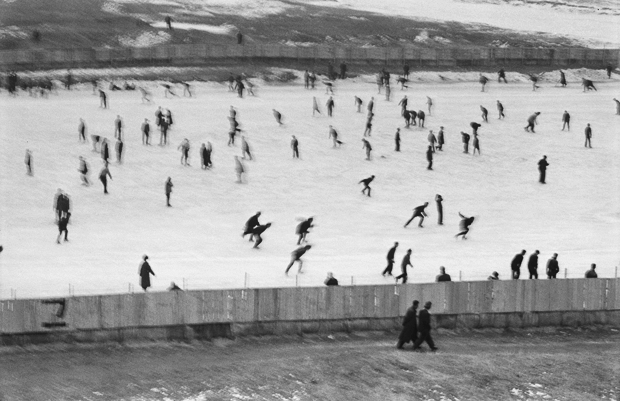 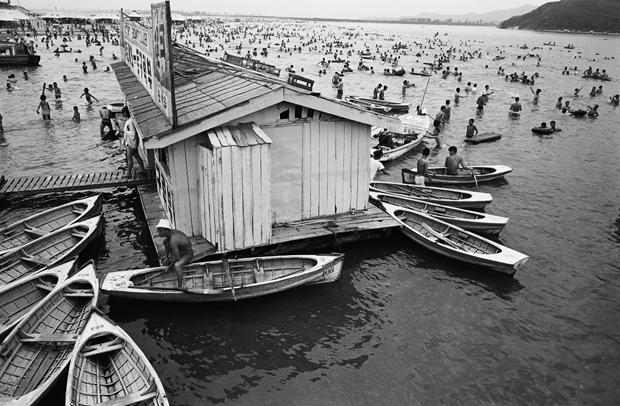 Described by ICP curator Christopher Phillips as “the long-lost Korean cousin of Magnum photographers such as Henri-Cartier Bresson” is the lesser known Han Youngsoo.

South Korea’s rapid economic development during the past half century is unprecedented. The country went from being one of the poorest countries in the world to being the 4th largest economy in Asia. Han Youngsoo was one of the few artists working during that time to document the country that was soon to change beyond recognition; his photographs transport the viewer back to a time when Seoul was an impoverished city, devastated by the Korean war.

Though this is not a pure, cold documentary—there is clear authorship to be found in Youngsoo’s poetic, minimalist captures of Korea. We cannot always see clearly and are encouraged to want to see what lies beyond the boundary of the image.

During his life, Youngsoo’s photographs were rarely seen outside of Korea. Unfortunately he is no longer alive to enjoy the increasing circulation of his work outside of the Korean Peninsula, though his daughter Han Sunjung wants to ensure her father’s legacy is not forgotten. I talked with her about her father’s work following the recent exhibition at Space 22 in Gangnam, Seoul.

Where are you from and where was your father from?
“I born in Seoul, Korea and still reside here. My father was born in Gaeseong, Gyeonggi Province in 1933. Gaeseong is a part of North Korea now. He left his hometown because of the Korean War, he moved to Seoul with his brothers and sisters and all of his family. He died in Seoul 1999.” 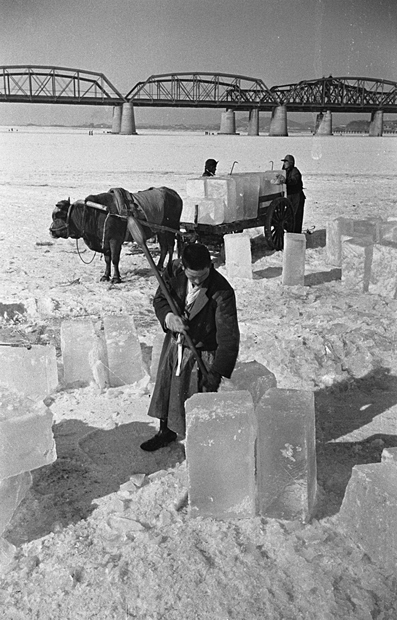 When was your father taking photographs? What was happening in Seoul and South Korea during that time?
“My father started taking photographs just after “Korean war”, when he returned from the army in 1955. He joined the family business for a while, and shortly after started his photography career.

Here is an exert from his book Life: People in a period of recovery in which he describes his experience of war:

‘The war had taken away many things. Not only had it mercilessly trampled down on our beloved families and neighbors, but also their happiness, hope, and furthermore humanity itself. As if that wasn’t enough, by the end it had utterly destroyed everything on the face of the earth leaving behind ruins, despair, famine and sorrow.

The sudden advent of the 38th parallel paled a short-lived bliss of national independence, and thus opened up the tragic 1950s. At the height of the Korean war I was moving across the front lines as a soldier experiencing this tragedy, witnessing countless scenes that enraged me. I left the army with these horrific memories intact and found myself in the middle of a life
which still bore traces of soot from the war.

But what was even more surprising and astounding at the same time was perhaps the ordinary fact that ‘people lived on’ nevertheless. Although a sense of futility, sadness, shock, and despair lingered on, people were putting down their roots on the ground trying to find their place in this world. Though struggling with the multifaceted after-effects of Korean war, the 1950s was a period of recovery. I was able to find hope watching cities and rural communities being rebuilt, in bustling the markets and the sparkling eyes of children the laughter I had forgotten. Slowly but steadily I was recovering my own humanity.” 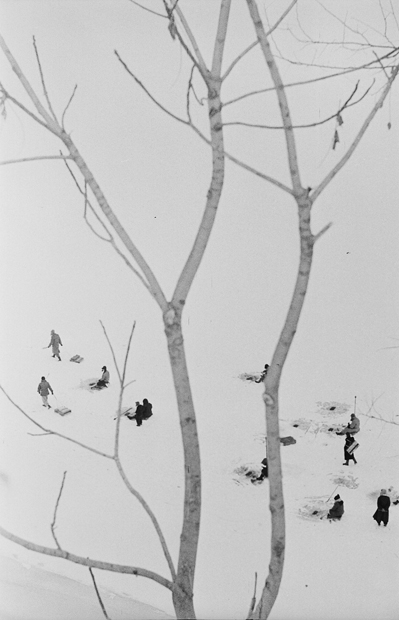 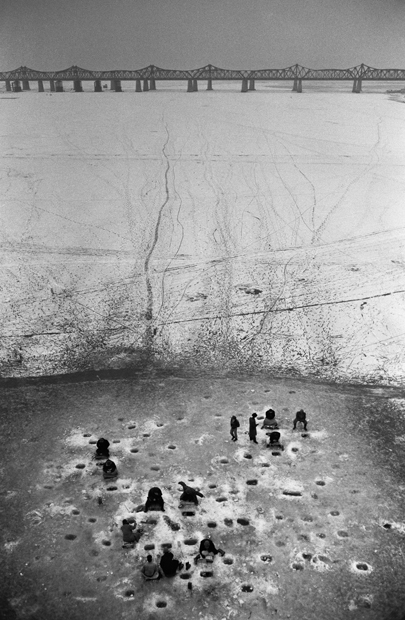 Did you speak together much about photography? Did he share with you any of his motivations and/or influences?
“My father was not close to his family, and he didn’t tell me many things. There was no opportunity to discuss such matters with father while he was alive. However, I know that he was influenced by his books and extensive collection of photographs.” 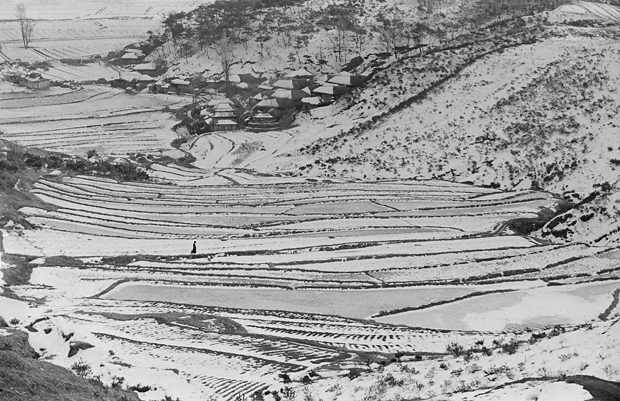 How often did he go out taking photographs and what camera was he working with?
“During my childhood, father was not often at home or came home very late. He was busy with commercial photography during the weekdays, and he took pictures for his personal project during the weekend. In the 50s’ and 60s’ he mainly used LEICA cameras. Later he experimented with various types and formats of cameras —cameras such as the Pentax 6×7, Hasselblad 6×6, Sinar 4×5, Linhof.” 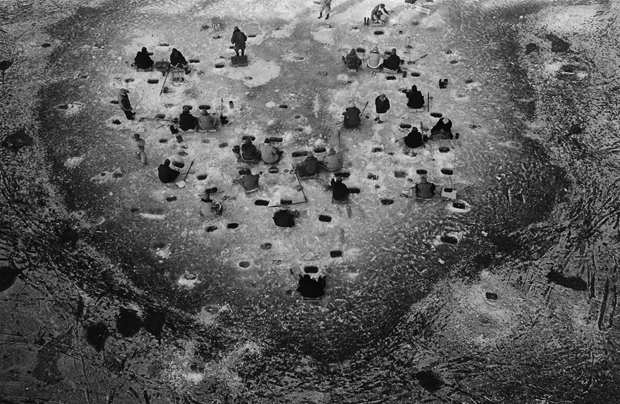 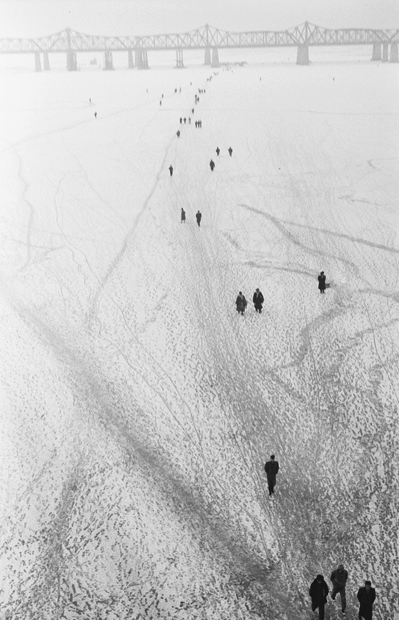 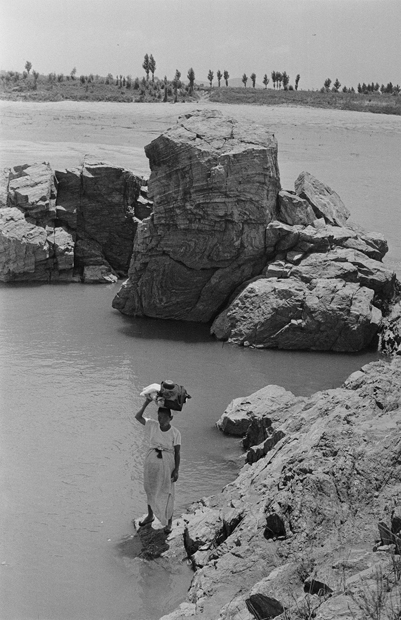 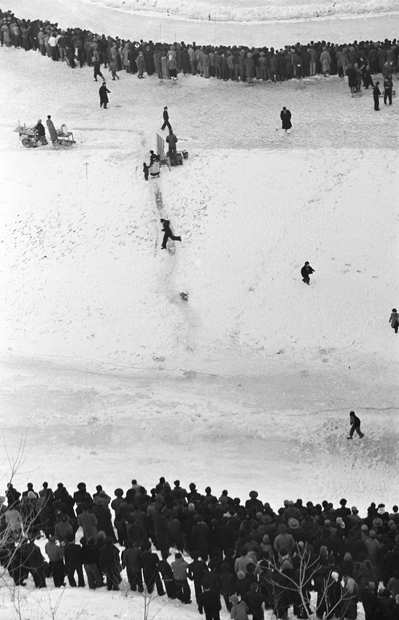 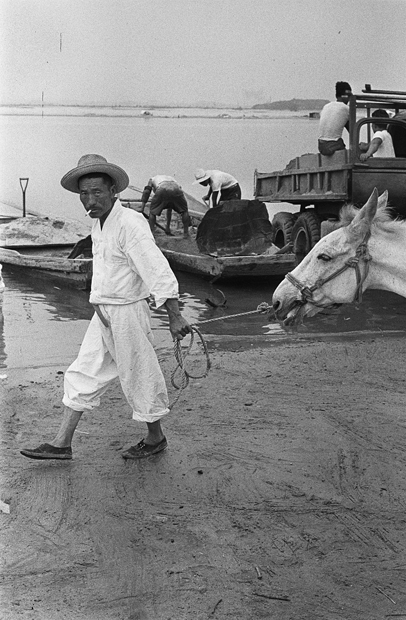