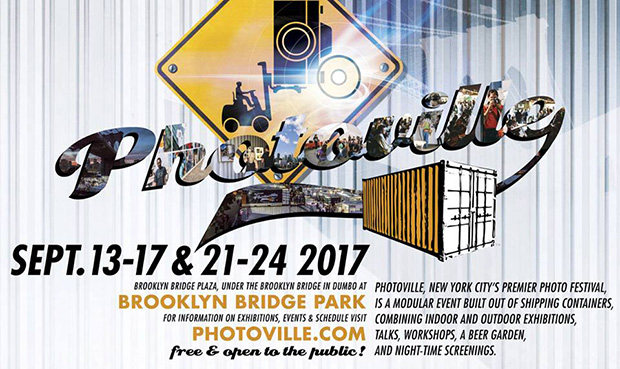 Now in its sixth year, Photoville by United Photo Industries opens Wednesday, September 13th, at Brooklyn Bridge Park. The massive (and free) event will include more than 55 of the signature Photoville gallery exhibitions, all beautifully installed in recycled shipping containers.

As always, your favorite food vendors will return, along with a community book store by Red Hook Editions. Penumbra Foundation will once again be making tintype portraits. There is an abundance of exhibitions, workshops, and panels scheduled this year– and many opportunities to discuss some of the world’s most pressing issues: climate change, immigration, poverty, incarceration.

Whether you’re looking to escape the world’s headlines or confront them headfirst, Photoville 2017 promises to deliver. Here are just a few of the exhibitions and panels we’re most excited to see. Be sure to check out the full line-up here. 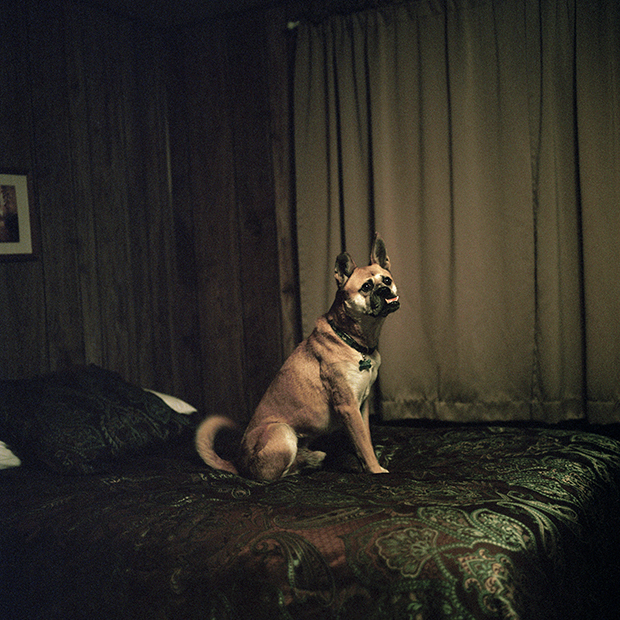 EXHIBITION: The Print Swap, September 13-24, 2017.
Presented by The Print Swap by Feature Shoot, curated by Alison Zavos, Julia Sabot, and featuring various artists.
To date, Feature Shoot’s Alison Zavos and Julia Sabot have considered more than 45,000 photographs submitted to our ongoing contest The Print Swap. So far, they have chosen 2,500 pictures to be part of the international project, and 65 of them will be on view at the first-ever Print Swap exhibition at Photoville. Featuring work from 20 countries around the world, this exhibition includes a little bit of everything: fine art, photojournalism, street photography, landscapes, and portraits. What connects them is their creators’ dedication to making meaningful, timely, and enduring work. You can read more about The Print Swap exhibition here. 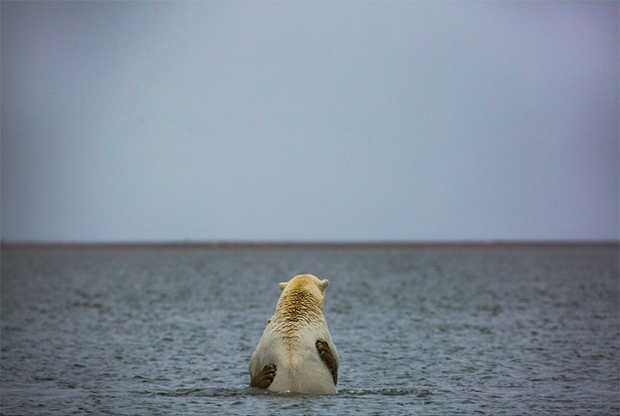 © Josh Haner (Carbon’s Casualties: How Climate Change is Upending Life Around the World)

EXHIBITION: Carbon’s Casualties: How Climate Change Is Upending Life Around the World, September 13-24, 2017.
Presented by The New York Times, curated by Meaghan Looram Mulcahy, and featuring Josh Haner.
Last year, The New York Times published a story by Eric Goode about polar bears and climate change, illustrated with pictures by staff photographer Josh Haner. It included this image of “polar bears holding each other.” The caption read, “The continuing loss of ice bodes ill for them.”

In this container exhibition, Haner sheds light on the current and impending traumas wrought by climate change. His more immediate, personal images are complemented by drone pictures, examining the landscape as a whole, our place within it, and our precarious future. 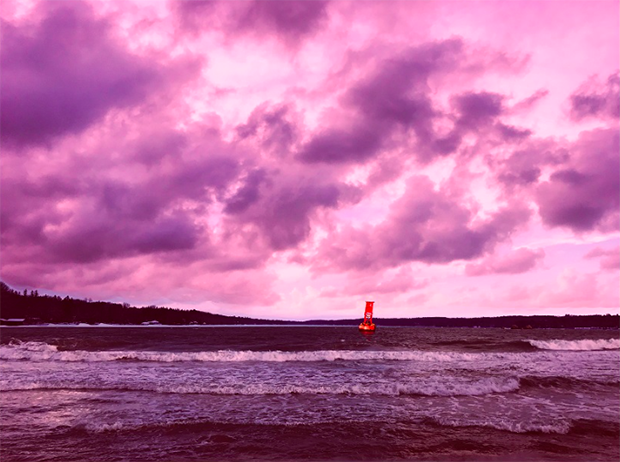 EXHIBITION: Photo Requests from Solitary, September 13-24, 2017.
Presented by New York Campaign for Alternatives to Isolated Confinement and Solitary Watch, curated by Jean Casella, Jeanine Oleson, and Laurie Jo Reynolds, and featuring People held in long-term solitary confinement in New York State prisons, working in collaboration with photographers on the outside.
“Photo Requests from Solitary” pairs people living in solitary confinement with photographers living free in the outside world. The people inside request pictures from the people outside, making for an imaginative collaboration spanning space and time. Since 2009, more than one hundred incarcerated men and women have envisioned, requested, and received photographs as part of the project.

“People in solitary give us their images, and we give them back as photographs, in an artistic partnership that acknowledges our shared creativity and humanity,” the organizers write. “The photographs on display at Photoville were taken for people in solitary confinement in New York who spend 22 to 24 hours a day in small cells without meaningful human contact, in conditions that the UN has defined as torture.” 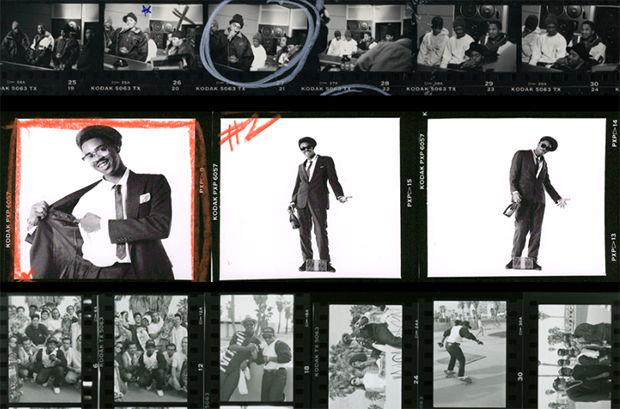 “There is individualism and eccentricity in every shot, like the dust and grooves of vinyl records,” the curators write of film photographs. “Photographers typically don’t show their contact sheets. It’s their visual diary. Not every shot worked, in fact, most didn’t. [Contact sheets allow] you to see the full range of images that would eventually develop into the ‘money shot.'” 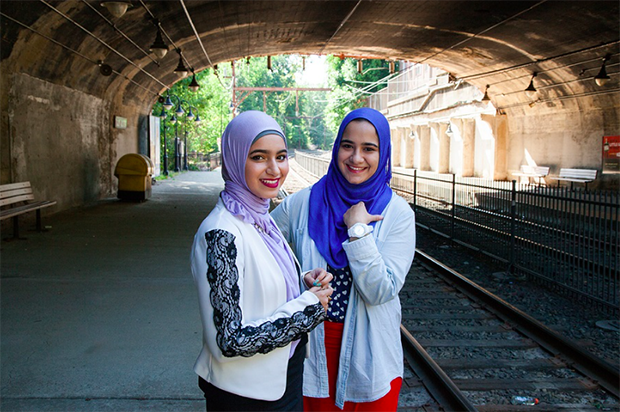 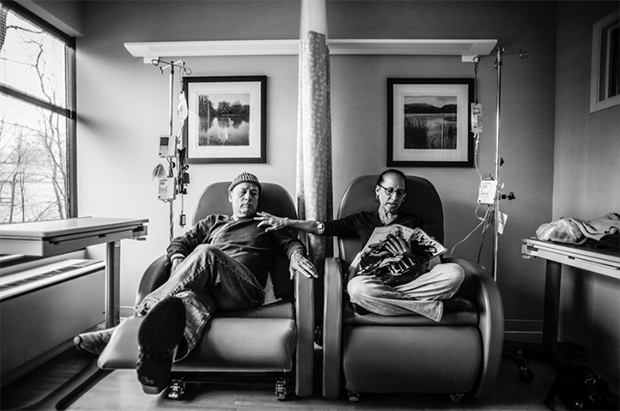 EXHIBITION: The Family Imprint, September 13-24, 2017.
Presented by United Photo Industries, featuring Nancy Borowick.
Photojournalist Nancy Borowick documented her parents as they battled stage four cancer side-by-side. She once called the critically acclaimed body of work ‘Cancer Family, Ongoing.’ For this exhibition, which includes love letters and other memories, she retitled it ‘The Family Imprint.’ “The story is about life and love more than cancer and death,” Borowick writes. 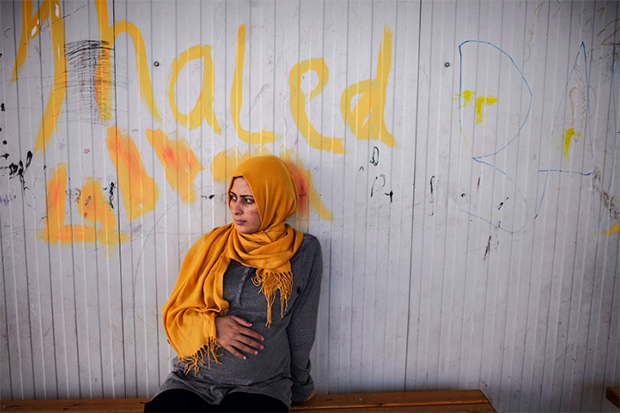 EXHIBITION: Finding Home, September 13-24, 2017.
Presented by Pulitzer Center & TIME, curated by Jordan Roth, and featuring Lynsey Addario, Aryn Baker, Francesca Trianni.
Photojournalists Lynsey Addario, Aryn Baker, Francesca Trianni follow three families, all raising children as refugees in a time of uncertainty and loss. “Since September 2016, the TIME team has spent months documenting the overcrowded refugee camps in Thessaloniki, Greece, and is following the first year in the lives of several refugee babies and their mothers as they seek a new—and more permanent—home in Europe,” the curators write. 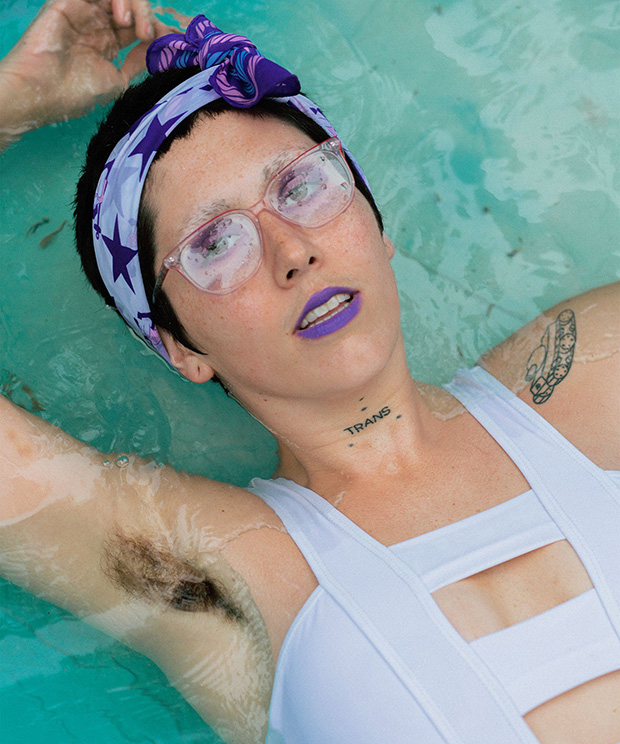 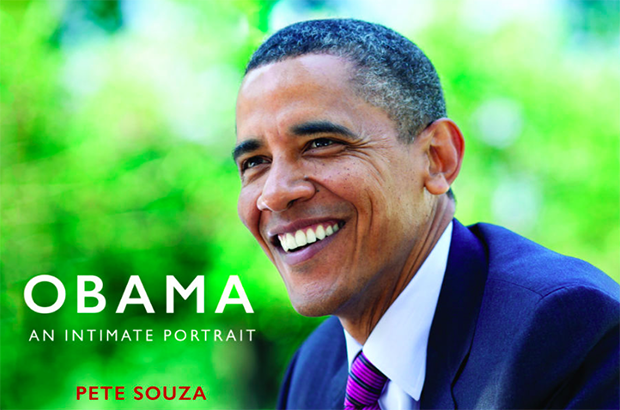 TALK: Reading the Pictures: Pete Souza and Michael Shaw in Conversation, September 16, 2017. 4:30PM – 6:00PM. Location: St. Ann’s Warehouse – 45 Water St DUMBO Brooklyn
Presented in partnership with Reading The Pictures and United Photo Industries, featuring Michael Shaw, Pete Souza.
Former Chief Official White House Photographer (and current American Citizen/Instagram superstar) Pete Souza sits down with clinical psychologist Michael Shaw as part of this presentation of ‘the Reading the Pictures Salon.’ Together, they will delve deeper into eight to ten pictures that helped define Barack Obama’s time in office. They will discuss the pictures themselves, the specific elements that made them powerful, and the public response once they were published. 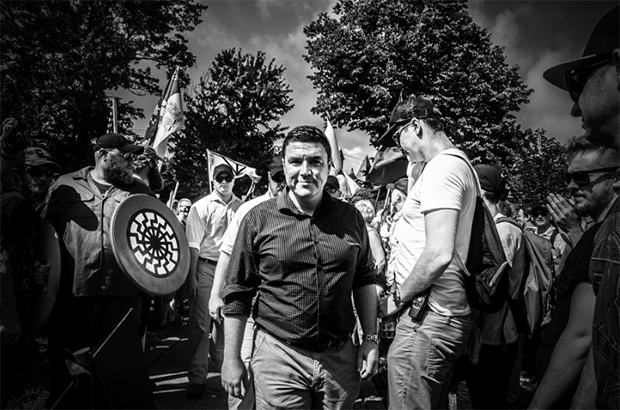 “We talked about how to tackle hate, and how we could possibly explain this to our children,” the UPI team remembers of those days spent putting the show together. “We’re still looking for the answers. Please join the conversation.” 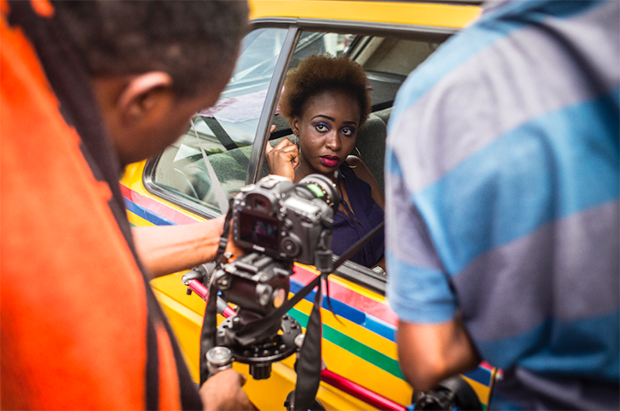 EXHIBITION: Extraordinary Women in West Africa, September 13-24, 2017.
Presented by Open Society Foundations/Open Society Initiative for West Africa, featuring Sylvain Cherkaoui.
Photographer Sylvain Cherkaoui and multimedia journalist Nick Loomis tell the tales of five West African women, all making a difference and working towards a brighter future. In following these individuals, they narrate a larger story about the role of women in the growth and prosperity of their communities.

“Women are more than half of the African population and are more economically engaged than anywhere else in the world. African women are the key to releasing the continent’s productive potential,” OSIWA writes. “Eliminating barriers and empowering women could deliver a huge boost to productivity in Africa.” 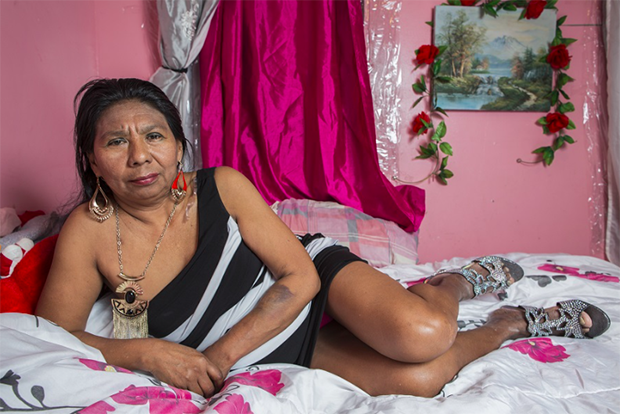 EXHIBITION: Abuelas: Portraits of The Invisible Grandmothers, September 13-24, 2017.
Presented by United Photo Industries, curated by James Estrin and David Gonzalez, Co-Editors of the New York Times Lens Blog, and featuring Cinthya Santos Briones.
Photographer Cinthya Santos Briones introduces us to women who are mothers, grandmothers, and pillars of their communities. They are also, she tells us, undocumented immigrants. Some of them still have relatives and loved ones on the other side of the border.

“I ask the women, ‘How do you like to be seen or represented through photography?'” Briones writes. “They choose how and where they want to be seen in their homes and what outfits they want to wear. The series seeks to offer them the opportunity to face the camera and be depicted in a way that reflects their own sense of identity.” 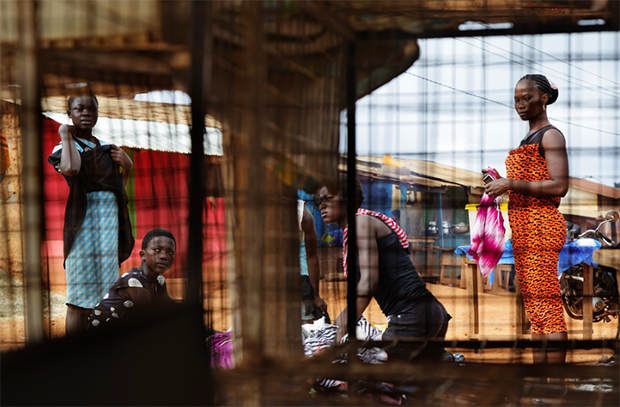 Founded by Jeffrey Sachs, The Millennium Villages Project tackles extreme poverty by empowering local communities. The VII photographers visited Millennium Villages in Ethiopia, Ghana, Rwanda, and Senegal. “The goal is to show the progress that hundreds of thousands of people have made and to demonstrate to the world that ending extreme poverty is possible,” the MVP team writes of the exhibition. 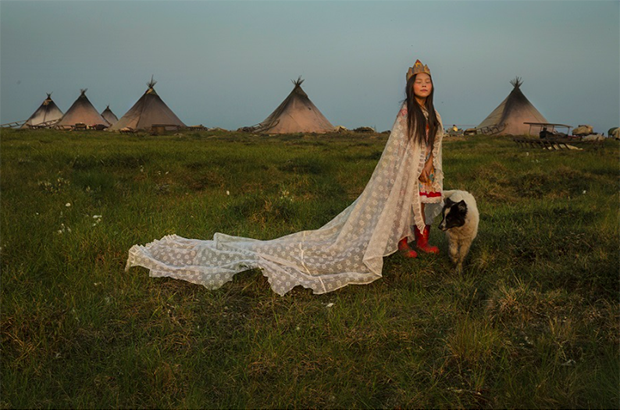 EXHIBITION: Life on Arctic’s Edge, September 13-24, 2017.
Presented by National Geographic, curated by Kurt Mutchler, Senior Editor, Science, and featuring Evgenia Arbugaeva.
Photographer Evgenia Arbugaeva takes us to the Russian Arctic, where we meet the Nenet people, who have for generations lived with their reindeer in the Yamal Peninsula. According to author Gleb Raygorodetsky, the Nenets are now at a crossroads; having survived centuries of an inhospitable climate and political changes, the oil industry, coupled with climate change, is threatening their way of life. 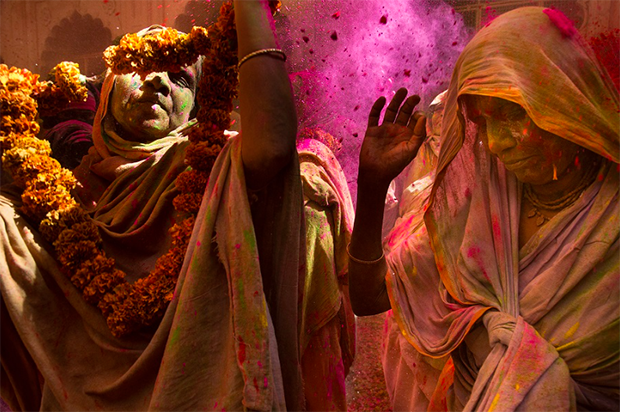 TALK: A Conversation on Widowhood, September 17, 2017. 12PM-1PM. Location: St. Ann’s Warehouse – 45 Water St DUMBO Brooklyn
Presented in partnership with Pulitzer Center, featuring Amy Toensing, Whitney Johnson.
In conjunction with Amy Toensing’s outdoor exhibition Widowhood, National Geographic’s Whitney Johnson will sit down with the photojournalist to discuss the abuse and prejudice suffered by women after the death of their husbands. Together, they take a look at communities in which women (and by extension, their children) are defined by their marital status and later deprived of financial and social means once they become widows. Toensing’s project A Life After Loss introduces us to some of these women in India, Uganda, and Bosnia.