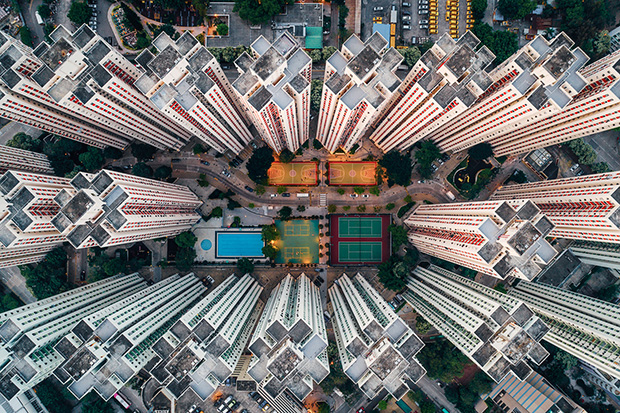 Over the last few years, the dense, vertical architecture of Hong Kong has enchanted many photographers. Michael Wolf and Greer Muldowney studied the region’s urban density. Romain Jacquet-Lagreze photographed the buildings during “blue hour,” when silver moonlight mixes with the fluorescent light pouring out from countless windows. Peter Steinhauer documented the construction process.

Most of these photographers do not fly drones, and most of them have not lived in Hong Kong for their entire lives. These are two things that set photographer Andy Yeung apart. He’s been shooting this place and its architecture from the sky for the last few years, and he’s learned everything from the right time to launch to the proper spots to fly. In fact, in order to avoid electromagnetic interference, he’s been known to take off from a mountain peak.

Walled City, Yeung’s latest body of aerial work, draws its title and inspiration from the Kowloon Walled City. Before it was demolished in the early 1990s, the Kowloon Walled City housed an estimated 33,000 people in only 6.4 acres of land, making it about 119 times as dense as modern-day NYC. Relatively isolated from the rest of the world, the walled city was for the most part ungoverned, and crime-rates were high, though residents managed to set up and maintain small businesses, shops, and factories.

Although the Kowloon Walled City no longer exists, Yeung recognizes symbolic echoes of the place throughout his homeland. According to some reports, sunlight was blocked out by the walled city’s buildings. When photographer Greg Girard made pictures there, he told Business Insider, “It was nighttime all the time in there.” Of course, people in Hong Kong today have access to the sun, but it’s still crowded near to the point of bursting. In many modern high-rise buildings, Yeung says, “the only view out the window is the neighbor’s window.”

Still, Yeung hasn’t lost hope for Hong Kong. Living in such dense conditions poses serious problems, of course, but the photographer also finds beauty in the chaos. “I have noticed that even though Hong Kong is filled with buildings and living space is very cramped, people manage to find a way to live in harmony with each other and make the best use of the land,” he tells me. 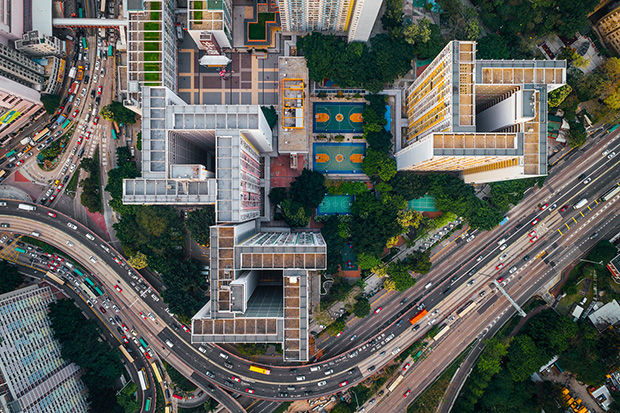 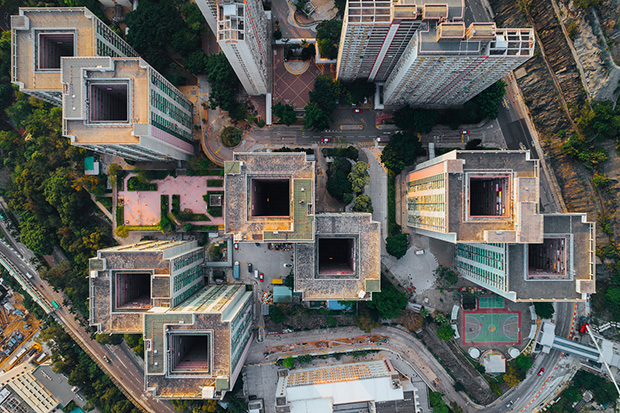 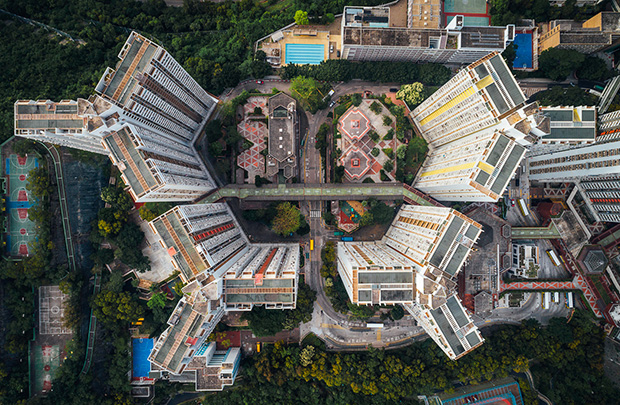 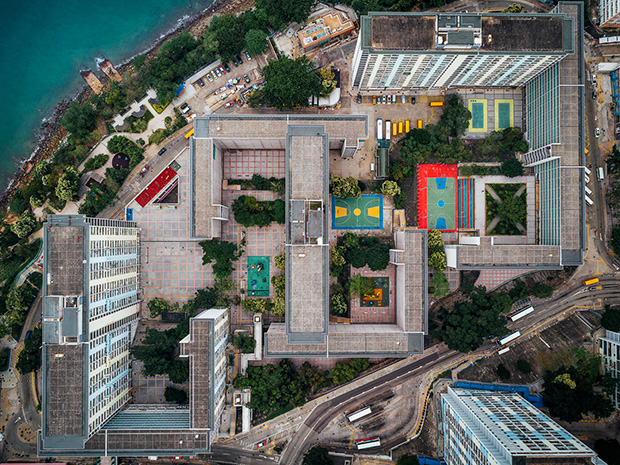 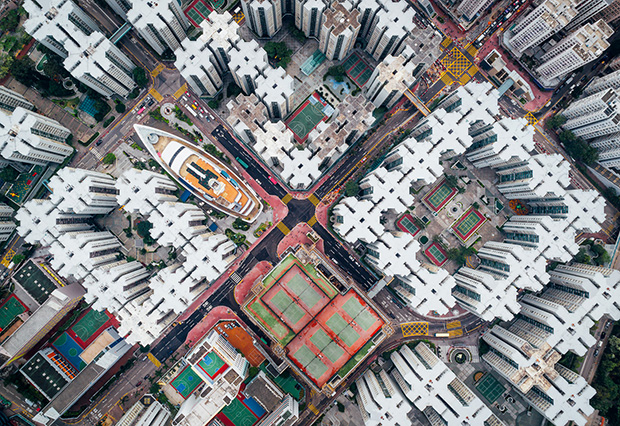 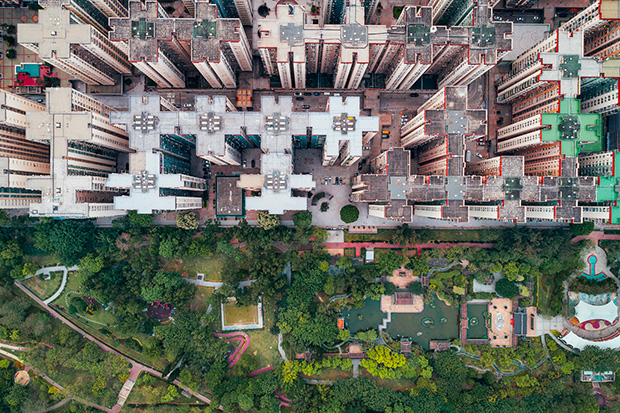