A Photographer Retells the History of the American Southwest (Sponsored) 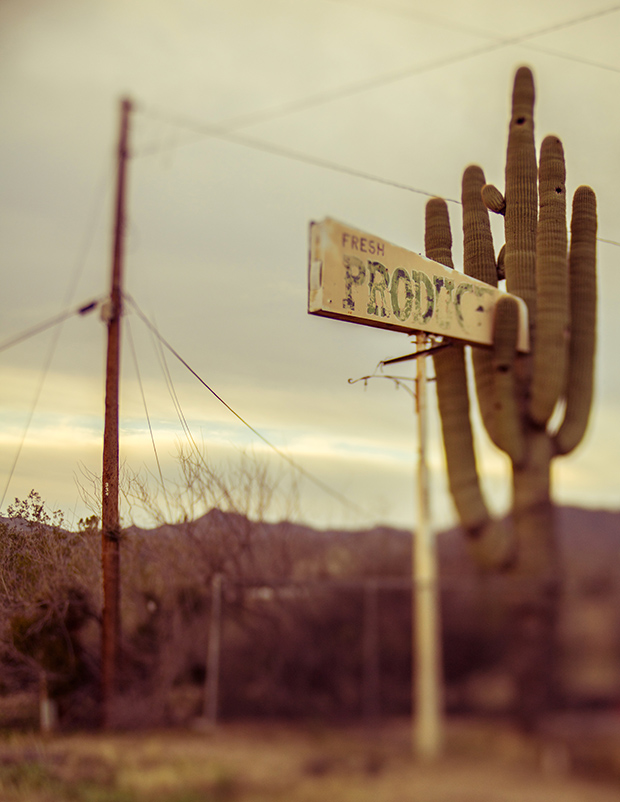 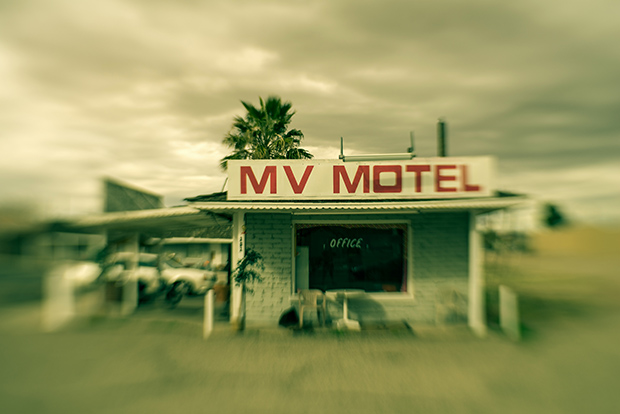 Nathan Cowlishaw wants to rewrite the history of landscape photography. The photographer, who is from Utah originally, doesn’t romanticize the sprawling terrain of the American Southwest; his experience of home is eternally shaped by the heritage and experiences of the Indigenous Peoples who populated it long before the arrival of European and American settlers.

Over the course of days spent on the road, the photographer has made beautiful pictures of the desert, but behind their aesthetic appeal lies a sincere wish to correct the wrongdoings and oversights of the past. Cowlishaw’s Southwestern States aren’t the ones you’ll find in the conventional storybooks. They’re the ones passed down from generation to generation of Native Peoples.

In his photographs, the natural world isn’t something to be tamed and conquered. It exists in tandem with human life, as it has for many centuries. Cowlishaw started Talking Tree nearly a decade ago as a way to chronicle his adventures and share them with the public. His intention has always been to tell a more objective truth about the American Southwest, but that’s not to say his pictures don’t carry emotional weight.

He sees the world as it is, but he also sees it as it once was and as it might someday be. His landscapes feature the signature blurs and bokeh of Lensbaby lenses, emerging like frames from a universal subconscious shared by all people. We asked him about his relationship with the land, its people, and his unconventional gear. 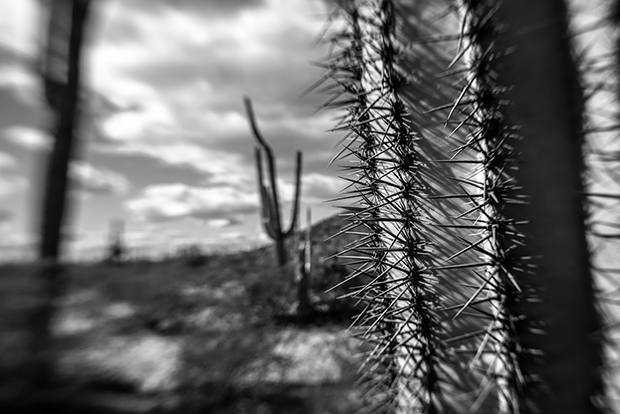 Tell us about your connection to the landscape and history of the American Southwest.
“My personal journey began with a lot of exposure to Native American cultures, like the Hopis and Navajo Peoples in Arizona and the dozens of Pueblo Tribes in New Mexico. My family ran Alabaster stone quarries and traded this carving stone with native artisans for over half a century. I grew up around artists, and as a result, I became a creative. I started out writing poetry and prose, dabbling with different art mediums- from stone carving to painting- but in the end, photography chose me at a very young age.” 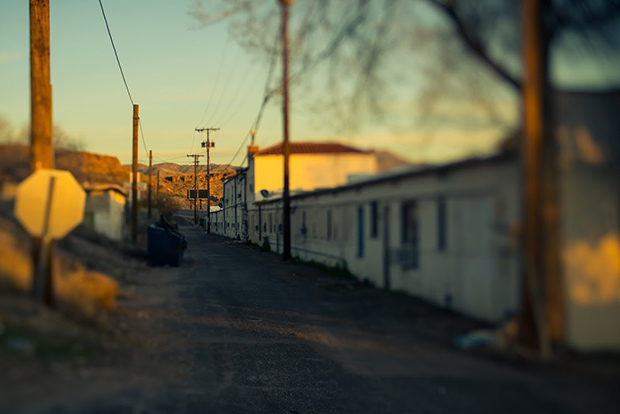 You’re involved in human rights, especially for Indigenous communities. Where did this interest begin, and in what ways has your photography helped deepen your understanding of these issues?
“Photography has taught me to see the wilderness differently than most outdoor and nature photographers, who tend to view the natural landscape as ‘Pristine Wilderness.’ I tend to see this concept of pristine wilderness as a false construct, a myth often perpetuated by activists in the environmental movement. Don’t get me wrong here; I’m an environmentalist myself. But this mythology about untouched, virgin, pristine wilderness stems from the false doctrine of Manifest Destiny, which perpetuated the cultural genocide and forced colonization of North American First Nations.

“As an artist who has been networking with Indigenous communities here in the Southwest for most of my life now, I wish to decolonize my outlook as a photographer and teach others about what I have learned through my photography. So I often include the human elements as part of my natural landscapes. I’m telling the truth and seeing things the way they really are.” 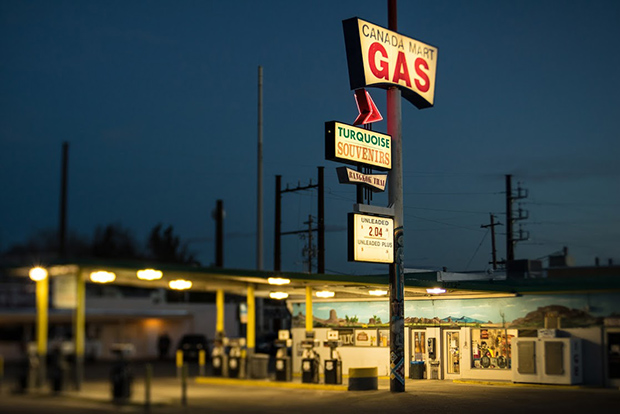 What’s the most memorable road trip you’ve ever taken, and what made it unforgettable?
“I have had more than I can count and remember off-hand. When I take off on the road, I’m often gone for one or two months. One of the most memorable was when I spent a month in the Canyonlands regions, photographing dozens of ancient Native rock art sites. That same journey sent me over to New Mexico, where I spent a significant amount of time in Chaco Canyon National Monument.”

What is the most important photograph you’ve ever taken— either of a landscape or of a person— and why does it mean so much to you?
“I really cannot say I’ve taken that most important image just yet. I like that saying- ‘I’m 10,000 images away from taking the greatest image yet.’ I’m always pushing myself to become better and more progressive and experimental. Some of my most personal favorite photos came out of the Grand Canyon on the Havasupai Indian Reservation. These photos and journeys in that part of the Grand Canyon mean so much to me because I nearly died down there in the big flood that hit the campground in August of 2008.” 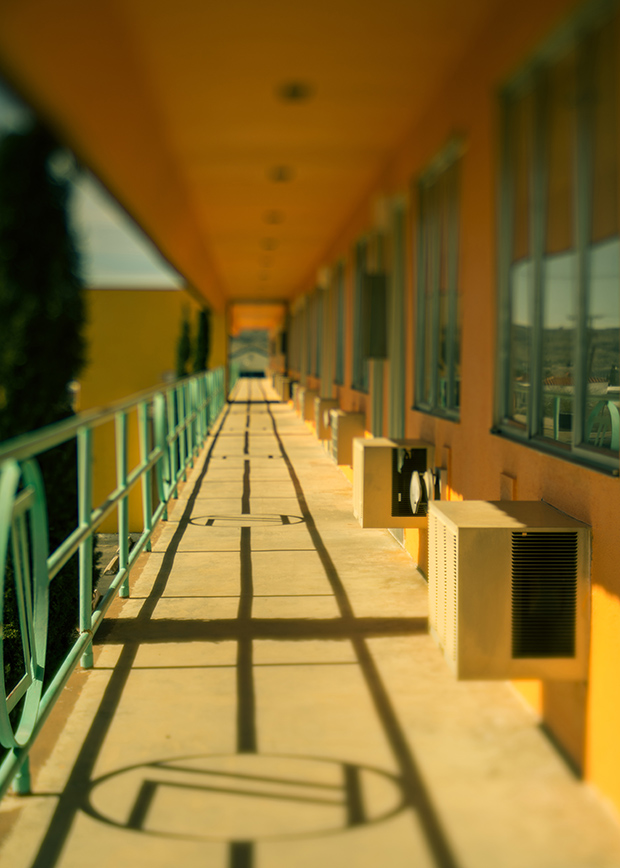 You have well over 120 thousand followers on Instagram. Why do you think your images resonate with so many people?
“Well, a lot of those loyal followers started to tag along because they told me my work reminded them of TV shows like The Walking Dead, Breaking Bad, and movies like the Coen Brothers’ film No Country For Old Men. As a result of this sort of feedback, I decided to pay tribute to the Coen Brothers and their work as filmmakers by traveling to some of those locations from the movie and then capturing them with my own outlook.” 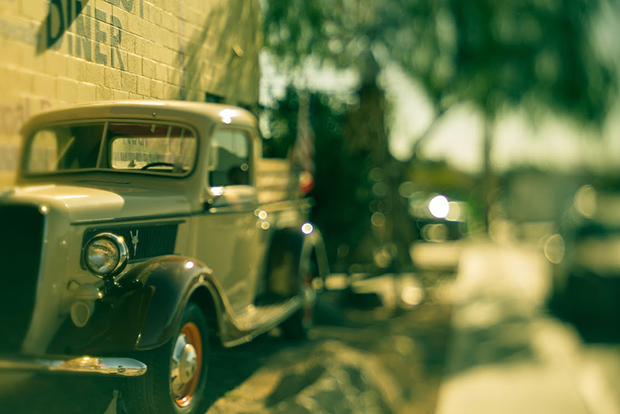 You started Talking Tree long before the days of Instagram. How do you think photography has changed over the course of the last 15 or so years? How have you adapted to these changes?
“Talking Tree used to be a very passionate photoblog. 2004-05 were the salad days of photoblogging. There used to be a vibrant photoblogging community before social networks like Facebook and Instagram came along and changed everything. In a lot of ways, I think we as photographers need to revisit the idea of creating our own independent content, separate from places like Facebook. And then we can utilize those social networks as a way to syndicate independent content. It’s easier said than done because posting to Facebook seems so much easier to do. This is why we are becoming slaves to corporate social media, though. I think it’s important to try and get back to those roots, and that is what I’m going to be working on in the future.” 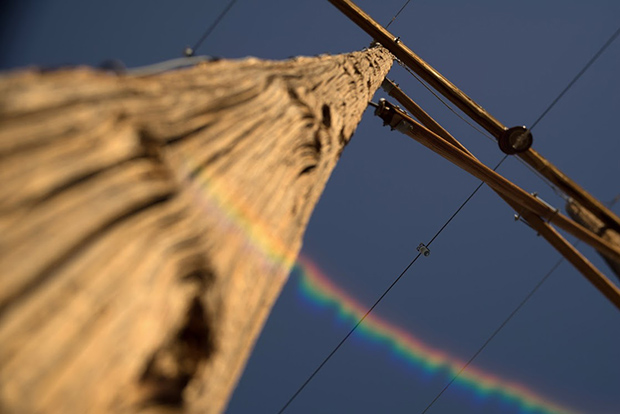 What was the first Lensbaby lens you ever used, and what was that experience like? Did anything surprise you?
“The first Lensbaby I ever owned was the Lensbaby Composer, which contained the default optic where you had to drop in the aperture rings. What surprised me about the Lensbaby was just how sharp the optic was. Lensbaby opened up a whole new world for me, which was very challenging at first. I had to get used to how to compose with the Sweet Spot. It was totally different than traditional lenses.”

How many Lensbaby lenses do you have, and which do you use most often? What advice would you give to other photographers who are just starting out with this lens?
“My favorite optic right now is the Sweet 35 Optic, and I’ve recently been working with the Edge 50 Optic. Both of these lenses are very different from each other. The Sweet 35 has a circular focus point, while the Edge 50 has a flat plane of focus that can be manipulated to hit any portion of the frame. Both of these lenses are unique and neither one is better than the other. The Edge 50 is a lot of fun to work with, and I’m still learning how to use it because it behaves so differently than the Sweet 35.

“One thing I appreciate Lensbaby taking the initiative on is building adjustable apertures in these lenses so you don’t have to drop in the rings like you had to do with the older glass optics. They’re professional tools that can deliver that extra creative edge that non-tilting lenses cannot. It’s like having access to a fifth dimension when everyone else is limited to three or four dimensions. It simply gives you that much more so you don’t have to fake it with Photoshop.” 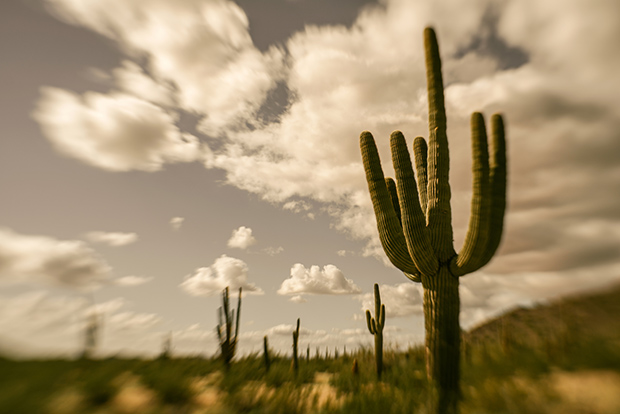 This area has been photographed for generations, but what do you think others have missed about what makes this place special? What makes your portrayal of this part of the country unique, and what role have your Lensbaby lenses played in helping you to achieve this?
“What amazes me about the Desert Southwest are the Indigenous Communities. They have survived and endured the most radical changes in their world and history as a result of American Westward Expansion.

“I don’t photograph a lot of these people because I don’t care to treat humans as subjects. Photographers, historically speaking, have been culprits of exploiting culture. They have portrayed Indigenous peoples as ‘exotic others’ being put on exhibit. In the end, these people and their communities are like the rest of us but with a survival streak that exceeds most others. They are the original peoples of North America, and yet they still get treated in the media like caricatures or remnants of the past. They get treated like foreigners in their own country by the descendants of immigrants.

“As a photographer, all of this goes hack to my interpretation of these Southwestern Landscapes. A lot of people have told me that my art and my captions below photos have change some of their own outlooks on history. I think fighting this false construct of ‘Pristine Wilderness’ is a way to teach people about some of these things in a non-aggressive and inspiring way.

“Sometimes the blur (bokeh) that Lensbaby Optics can produce yield a dreamy, otherworldly effect. The unconventional blur often results in naturally emotive and powerful compositions as a result. I want my images to look like they were pulled from a vision or out a literal dream or flashback memory.

“I’m not always a fan of the landscape photography ‘rule’ that everything near and far has to be in sharp focus with a wide-depth-of-field. Sometimes I want to add certain types of bokeh to the landscape to create a sense of timelessness and ancient memory. I’m still utilizing the Lensbabies to dabble and experiment with this concept, and I’m sure I’ll get better at achieving this as I continue to practice in the future.” 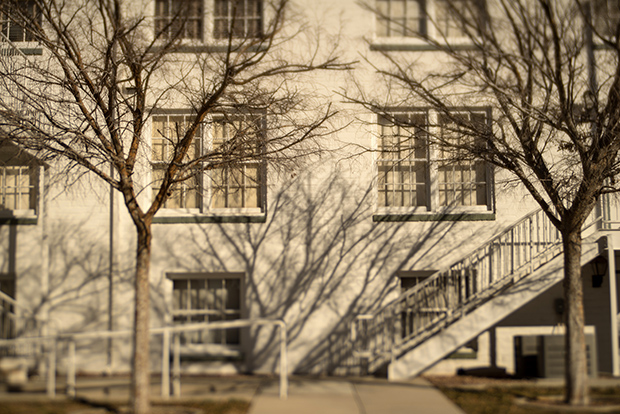 Why is it important that photographers continue to challenge themselves and experiment— both with their subject matter and their gear?
“Well, my biggest challenge right now is finding a cure for Gear Acquisition Syndrome, and I think obsessing over what you want can get in the way of taking better pictures. When it comes to Lensbaby, I want to try everything, including the Edge 80 and the Twist 60. The type of gear that you use can actually shape your vision, and there’s no other company satisfying the niche that Lensbaby has grown to fill. I cannot imagine how difficult it has been for them to rise to this challenge.

“I am very grateful for Lensbaby because I’ve been using them for eight or nine years now. Even when I got my first optic, it opened up a world to me that I just never got from other lenses. Lensbaby takes it one step further by allowing you to move that focus point all over the frame and back.

“Lensbaby can develop and encourage a photographer’s efforts to take better photos. Photography takes practice, and the Lensbabies make practice fun. I can get bored with normal lenses. I’m always looking for solutions that deliver character as well, and Lensbaby compositions from other photographers and filmmakers have inspired me.” 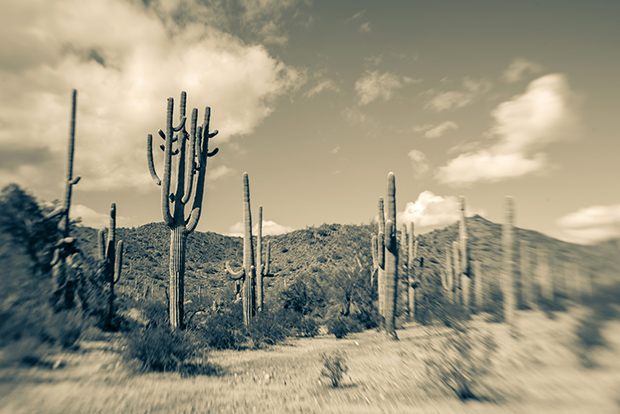