One Photographer’s Fight for the Hudson River in New York

“This is our Standing Rock,” photographer Carolyn Marks Blackwood says of the Hudson River.

The U.S. Coast Guard is currently considering a proposal to establish as many as 43 berths in ten locations across the river, from Kingston to Yonkers, spanning 2400 acres. Some of the barges on the river carry home heating products for local use, but the devastating concern is North Dakota Bakken crude oil entering the Port of Albany. Since the ban on the export of petroleum products has been lifted, the oil industry has a keen interest in the river, and the potential increase in anchorages is just one in an interconnected series of proposed actions that could threaten and re-industrialize the Hudson.

Blackwood moved from New York City following the attacks of September 11th, 2001, and in 2006, she settled in Rhinecliff. Since then, the Hudson has been her refuge. She’s taken pictures of the water, the clouds, and the ice through each and every season. The river runs through her daily life; this is her home, and she knows it well, but she still hasn’t had enough time with the Hudson. She never will.

Jon Bowermaster of Oceans 8 Films has been documenting the changes along the Hudson, and he made this excellent short film about Blackwood. We interviewed her to learn more about the river and what it means to her. 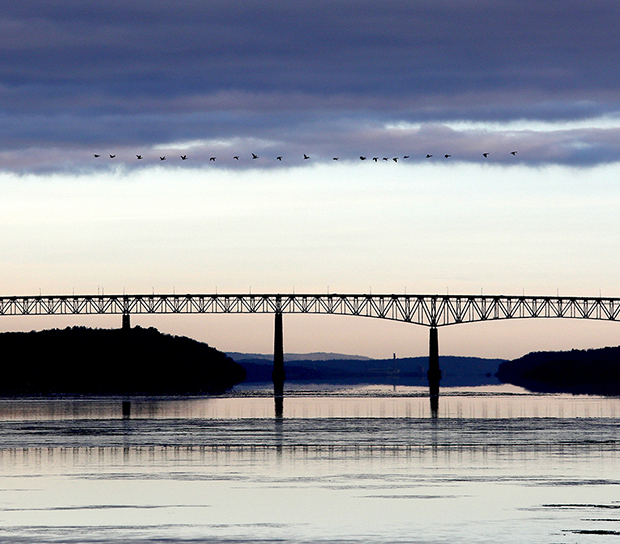 Do you have a single most powerful memory of the Hudson River?
There are far too many powerful memories to chose one. I have hundreds of them. My view of the Hudson River changes every day, every hour, every season, all times of day. The thousands of photographs I have of the Hudson are provoked by looking out of the window and seeing something I have never seen before- a new configuration of the elements. I am amazed by how different my view is each day, and how wondrous the different moods of the River are. There is no one photograph that captures this, which is why I have been taking photographs from this one spot for almost eleven years! It never gets old.” 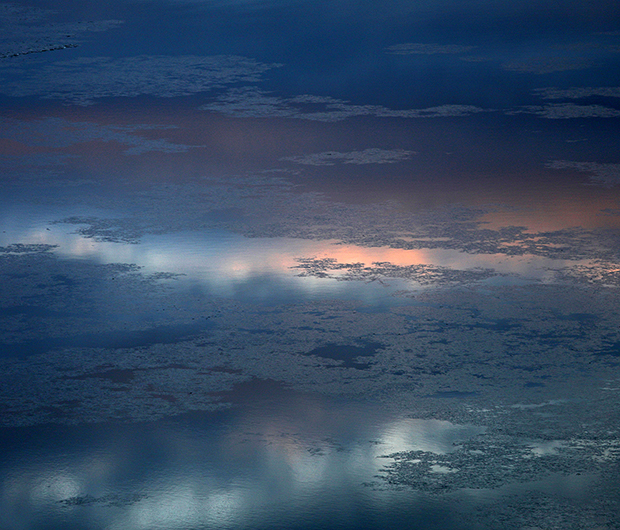 Do you have a favorite historical story about the Hudson?
“I love reading books about the history of the Hudson River, but my favorite stories are in my imagination. I live on a 120 foot cliff with a 190 degree view up and down the Hudson. It is a little peninsula with a rock outcropping, and in my imagination, this is a sacred spot for the Native Americans that lived here. In my minds eye, I can see them looking up and down the river from my perch.” 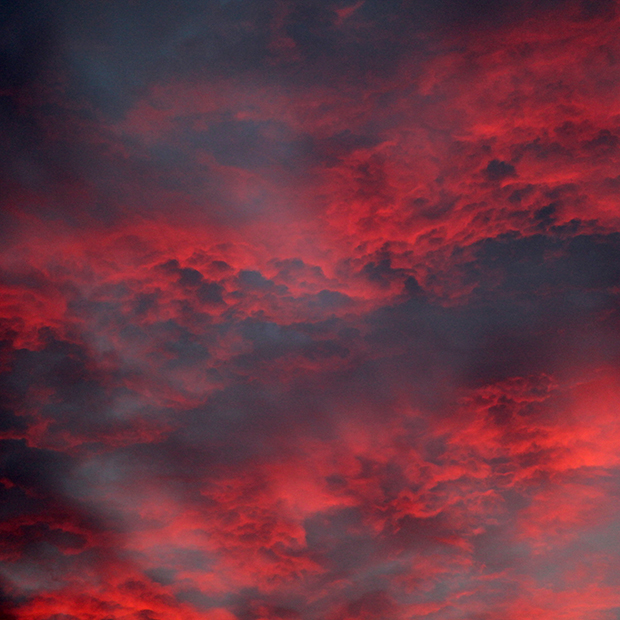 How did you hear about the proposal to increase anchorages and barges?
“After years of seeing only an infrequent barge anchored, my neighbors and I started to see barges anchored in front of Rhinecliff, Kingston, and Esopus, all the time- sometimes three at a time! We complained to the Coast Guard and after a time and some investigation, they wrote back saying that the vessels were actually anchored illegally and would incur fines if they anchored there in the future. It was shortly after that the industry asked for the berths. My initial gut reaction? Horror.” 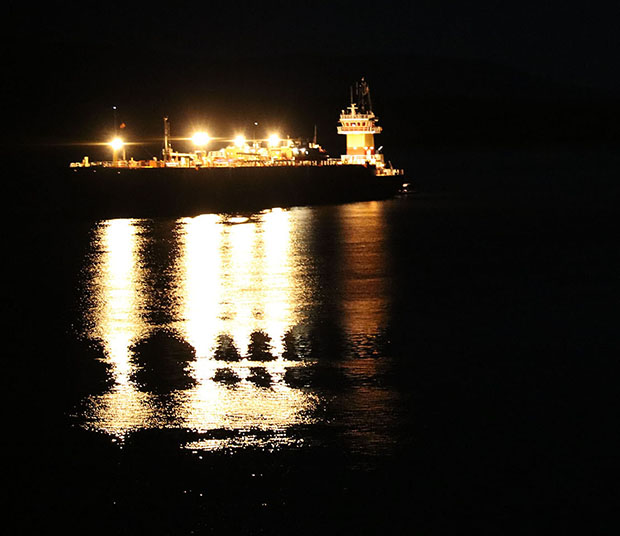 How would the proposed oil barge anchorages affect the day-to-day life of the people who live here?
“The Hudson would become industrialized. There are 24/7 generators on these barges, whose noise can be heard on shore. The particulate from those generators can be smelled from the shore. At night, for safety, the barges are required to use the equivalent of stadium lighting, which is a kind of pollution and which can light up a bedroom and has many consequences for people, birds, and animals.

“Many municipalities get their drinking water from the Hudson River, including Esopus, Rhinebeck, Poughkeepsie etc. If there were a spill, these towns would lose their drinking water. The more barges and oil tankers there are, the more chance for a spill.

“Any oil accident on the Hudson River will be a disaster, not just for the immediate place of the accident, but for the whole river, as the River is tidal. Recreationally, sailing clubs would be weaving around oil tankers, and visually, the beauty of the Hudson would be tarnished. Imagine moving vans, with their lights and engines idling in front of your house- up and down your block.

“After years of turning this river around, from a garbage dump for industry into a revitalized sanctuary for people, animals, birds, and fish, this would be a crime. The Industry says they need the anchorages for safety reasons, in case of emergency and to give crews a break, which is untrue. Firstly, there is a rotating crew aboard each tug that is qualified to captain the vessel, so the crew can rest after a shift, and secondly, in an emergency, any vessel can stop and drop anchor anywhere on the river right now! So they are asking for something they already have.

“The ban on export for Bakken Crude shipped from North Dakota has been lifted, so the crude that is traveling by barge, rail, and pipeline through the valley will not even be used by the citizens who live here. It will be exported, and huge profits will be made by huge corporations at the expense of one of the most beautiful and sacred places on earth. Anchors Away by Oceans 8 Films lays it all out in seven minutes, and you can find more at Riverkeeper.” 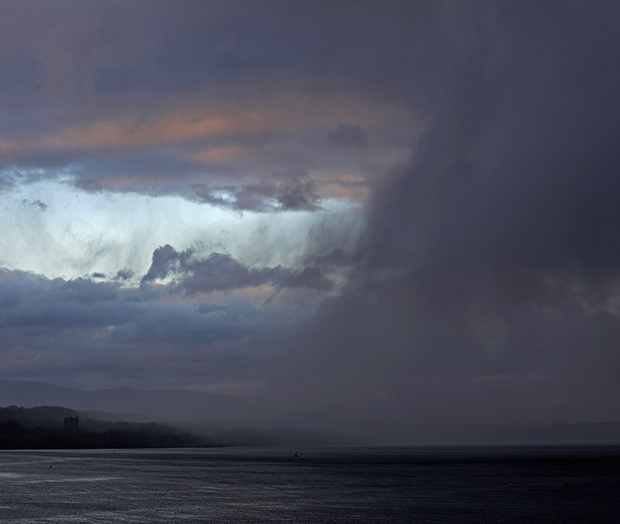 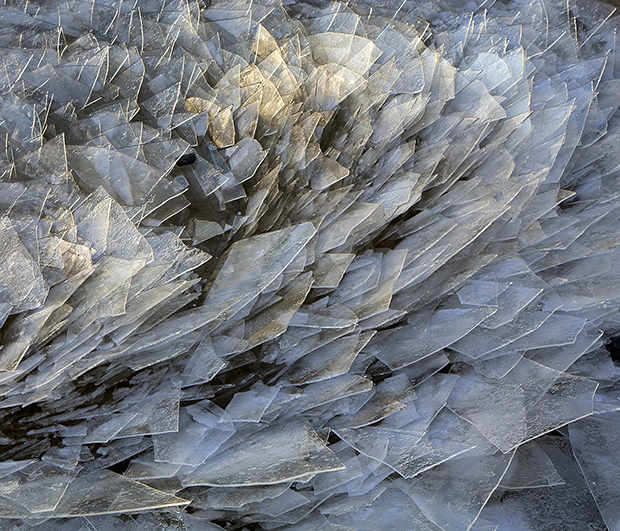 How would the barges affect the non-human residents of this area?
“So many creatures are making a comeback in the Hudson. Perhaps you heard about the whale that made it’s way into the Hudson in NYC? Atlantic Sturgeon, which were overfished and prized for their caviar roe, are making a comeback. These are still an endangered species, but they are on the rise again. These fish can weigh as much as 500-800 pounds and were once plentiful in the Hudson River. Sturgeon live up to 60 years.

Herring are starting to thrive, as dams built in tributaries on the Hudson are taken down. There has been an increase of Bald Eagles along the river, and I never get used to seeing these majestic creatures. One almost extinct because of hunting, loss of habitat, and DDT, they are starting to thrive. I see them almost every day. Awe inspiring. They have a six foot plus wing span.

The Diamond Back Terrapin is a unique turtle that lives in brackish water. It lives in estuaries and marshes where there is water that is both saline and fresh. The Northern Saw-whet Owl is restricted to the estuaries along the Hudson River from south of Albany to a little north of the TappanZee Bridge.

Oysters were once plentiful on the Hudson. In 1911, there was a peak season of 25 million pounds. Since then, they have been the victim of pollution, dredging, and over-harvesting and almost completely disappeared. They may be making a comeback, as some native oysters have been found in Hastings-on-Hudson. Others include the Lined Seahorse and the Peregrine Falcon.” 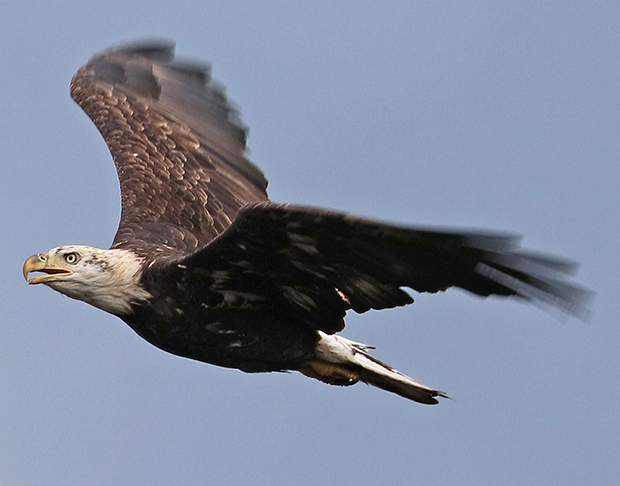 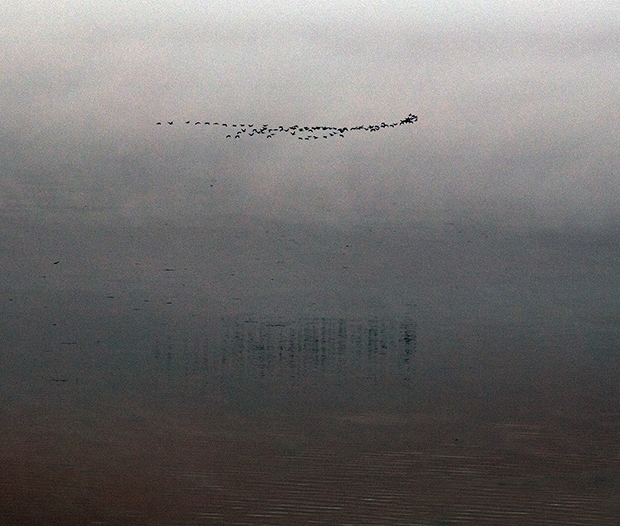 Is there still hope?
“The current administration does not make me hopeful, but what does is the response by over 10 thousand counties, towns, and municipalities and individual citizens, who wrote letters to the Coast Guard during the comment period, speaking up against the anchorages. This is one of the biggest unified responses ever, on any issue on the Hudson River, and one that is bipartisan. A group of towns, municipalities and Counties have started to unite under the banner of The Hudson River Waterfront Alliance.” 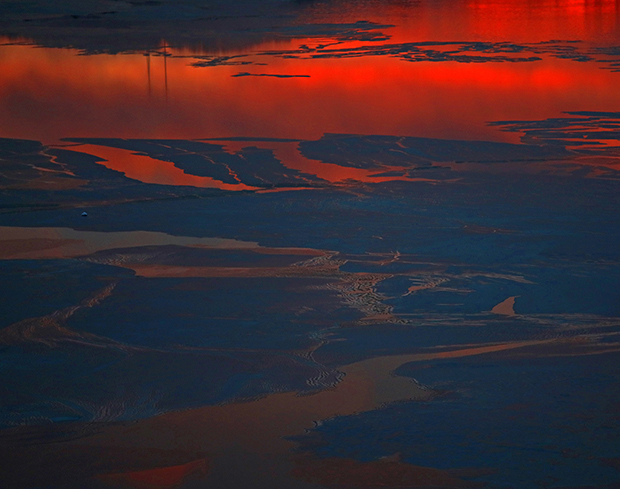 You’re a fine artist, but is there a point at which you consider yourself to be an activist? What role do artists have in inspiring change and in shaping the future?
“I love the Hudson. It is in my blood. I suppose I am showing people what a treasure we have in the Hudson, and what will be lost if this Anchorage plan is enacted. It is a disaster just waiting to happen, and once it happens, there will be no remedy.

“Ironically, the day before yesterday, a barge carrying 60,000 barrels of Gasoline, ran aground in Catskill, New York, not far from here. Thank goodness no gas spilled into the Hudson, but this illustrates how accidents happen, and if the Hudson is turned into a conduit for petrolium products, an accident will inevitably happen, and that will be it.

“I travel to beautiful places all over the world and come back here, to a place that can rival any of them. I feel enormously protective of this river and consider myself an activist. I support Riverkeeper, and I hope this article stimulates others to join too. Perhaps my photos of the river will show people the beauty and majesty of the Hudson River and wha they have to lose. If this helps in any small way, I am gratified. I only wish I could do more.” 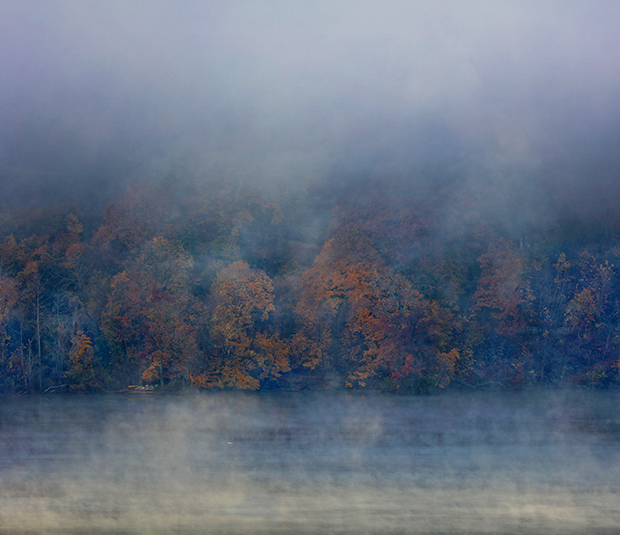 What can we be doing to protect the Hudson?
Join Riverkeeper, a wonderful organization whose mission is to protect all aspects of the Hudson River. If you live on a River town, be sure to reach out to your mayor or others in local government and state officials. Let them know how you feel. Encourage your town leaders to join the Hudson River Waterfront Alliance if they have not done so already.  Give yourself a google alert on the issue so that when the Coast Guard starts having public meetings or makes a decision, you will know. That includes you, New York City, because if there is an oil spill, it will affect you too!” 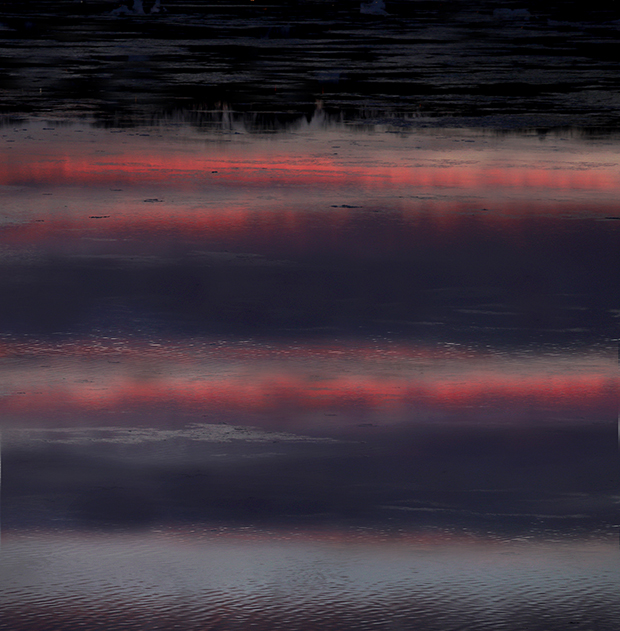