The Iconic 1940s Photographer Who Never Wanted to Be Famous 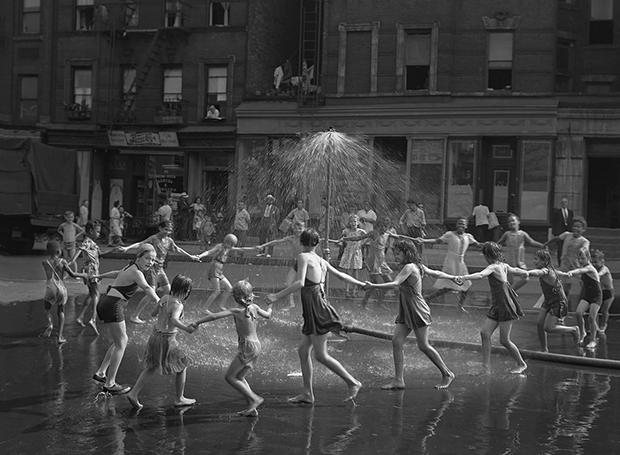 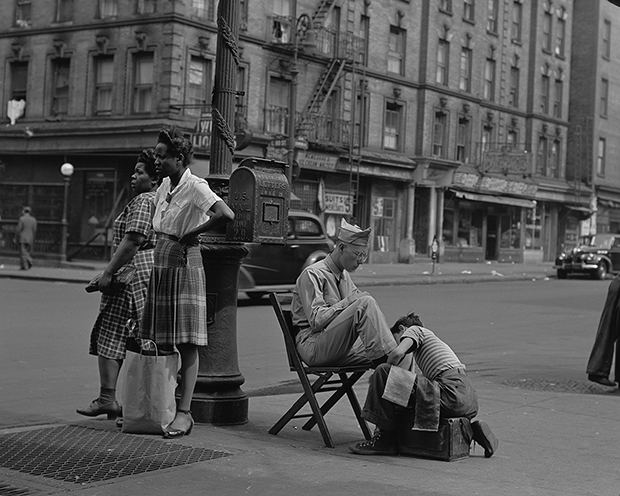 The photographs arrived at The Curator Gallery in a box meant for curator Bill Shapiro, the former editor of Life magazine. When he saw the first few pictures, the curator wondered if he could possibly be looking at the work of a Life photographer he didn’t recognize. He had never heard of the man behind the hundred-some images inside the box.

As it turned out, the package had been left for him by Betsy Evans, a friend of the late photographer Todd Webb, who left behind an extensive archive. Though the elusive photographer had never been at Life, Webb shared a time, a place, and a sensibility with those who had. He was friends with Life staffer Gordon Parks. He also worked and played alongside Walker Evans, Ansel Adams, Lisette Model, Berenice Abbott, and Alfred Stieglitz and Georgia O’Keeffe.

“While the others became stars,” Shapiro writes, “Webb took himself off that path.”

Webb wanted to make meaningful pictures, and sometimes, that desire conflicted with the needs of the editorial and commercial market. He did find work at magazines, and he was well-known within the industry, but his great passion was the work he made for himself.

Before his arrival in New York, Webb had been a stockbroker in the 1920s, and he was hit hard by The Great Depression. Later, he worked as a gold prospector and a forest ranger. He wrote stories, though they were never published. He served in the Second World War.

Shapiro read Webb’s journal more than once while curating Down Any Street: Todd Webb’s Photographs of New York 1946-1960. One of his favorite entries is from July 24th, 1946. “I am full of things to do, and I have no spare time on my hands. It seems like a very good life,” the photographer wrote, “I am broke. But what the hell, you can’t have everything.”

Webb’s New York was joyful and and eccentric. The street cart vendors knew his face, and he was friendly with them. “He was a man with an extraordinary number of friends,” Shapiro tells me.

“One of the reasons I like these photographs so much,” Shapiro admits, “is that they capture a quirky, mom and pop New York that is fading.”

Vintage prints, along with newer prints made by John Hill, the executor of the estate of Walker Evans, are now on view at The Curator Gallery. The exhibition coincides with City Seen, a large Todd Webb retrospective at The Museum of the City of New York, where his work was shown more than 70 years ago.

It’s not that Webb romanticized the city. He simply sought out the good in its people. And it would be too easy to say the city Webb once loved so dearly has disappeared over the decades. The pictures and their longevity tell a different story. It’s still there— we just have to look a little harder to find it.

“This is a guy who followed his heart,” Shapiro says. Then: “Everybody should know his name.”

Down Any Street: Todd Webb’s Photographs of New York 1946-1960 is now on view at The Curator Gallery. 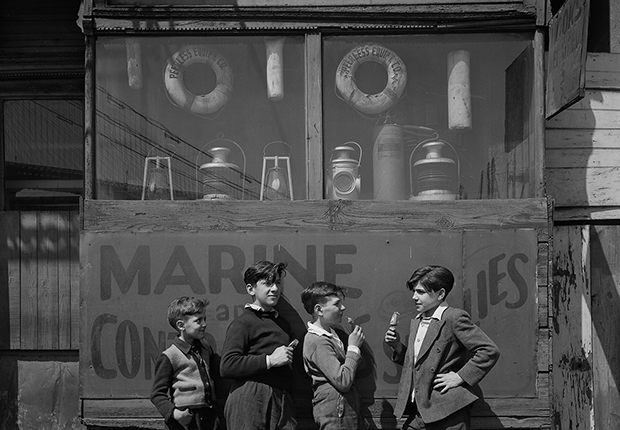 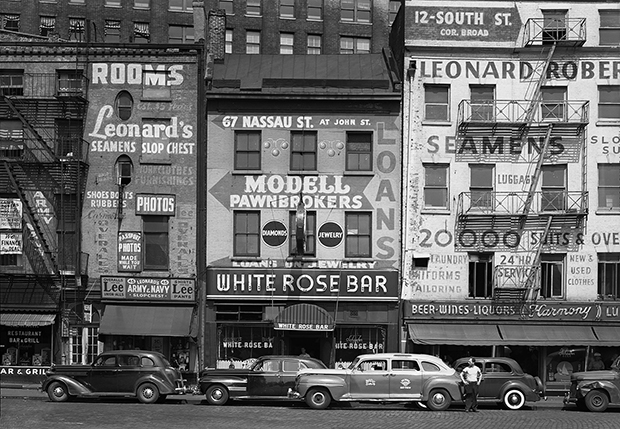 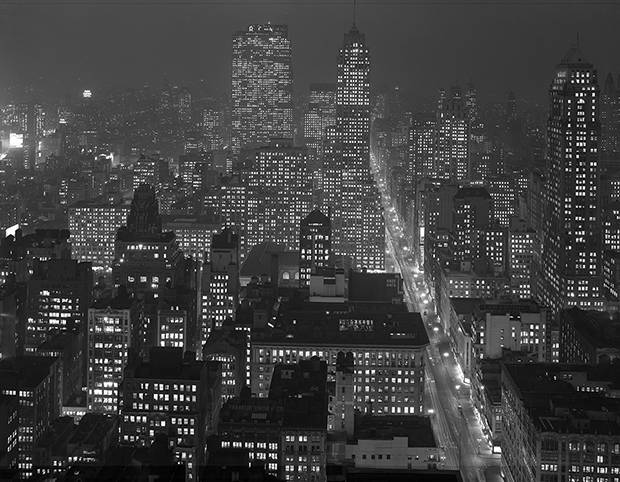 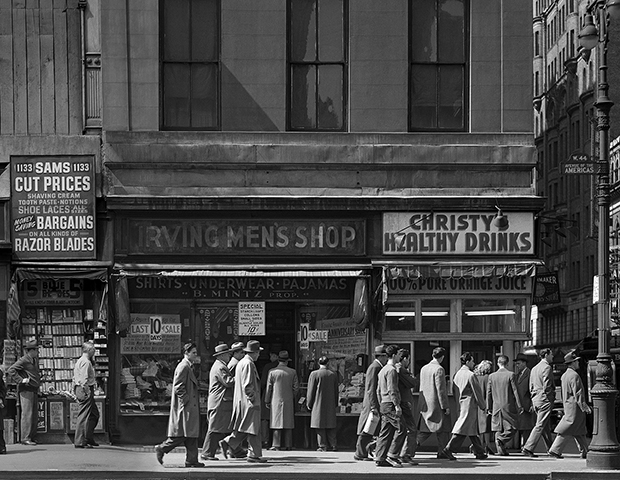 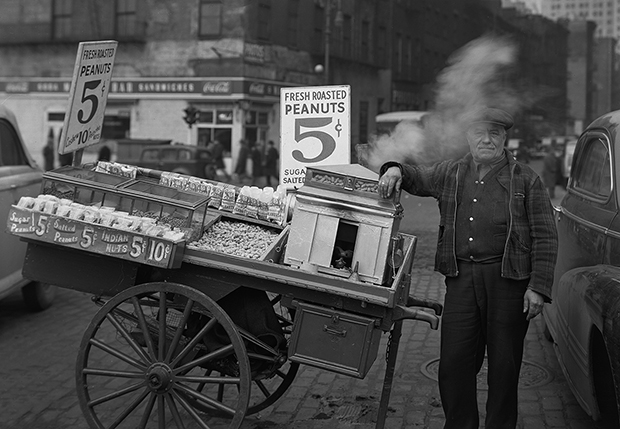 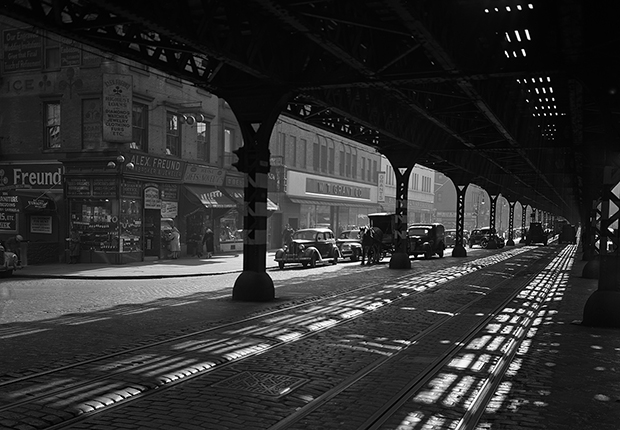 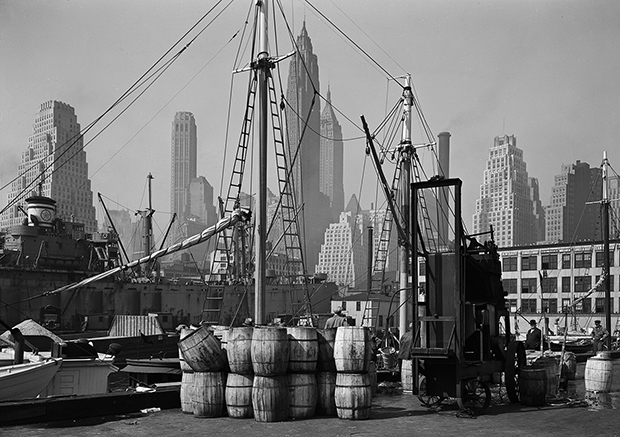 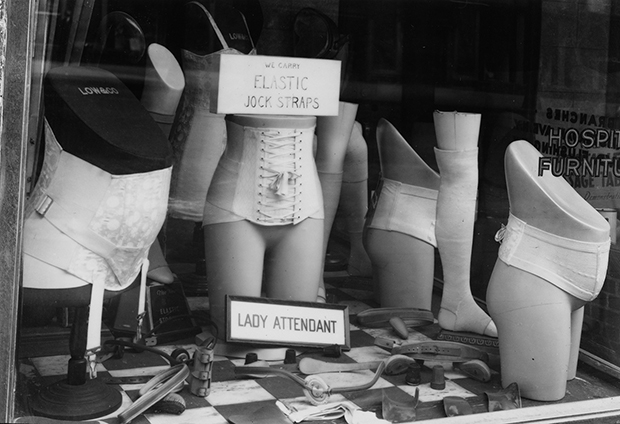