One Grandson’s Poetic Photos of His Widowed Grandfather 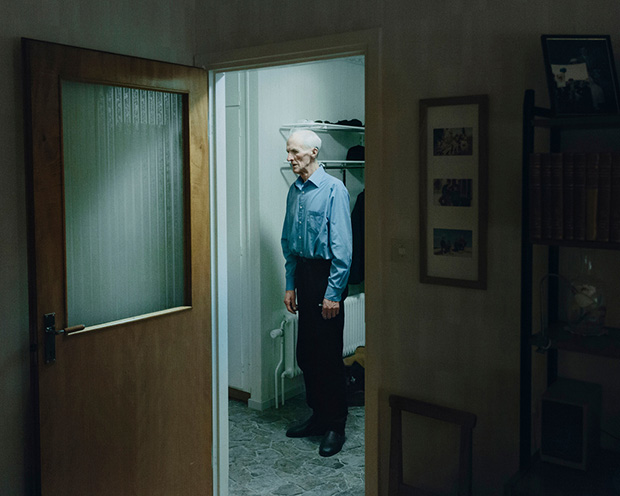 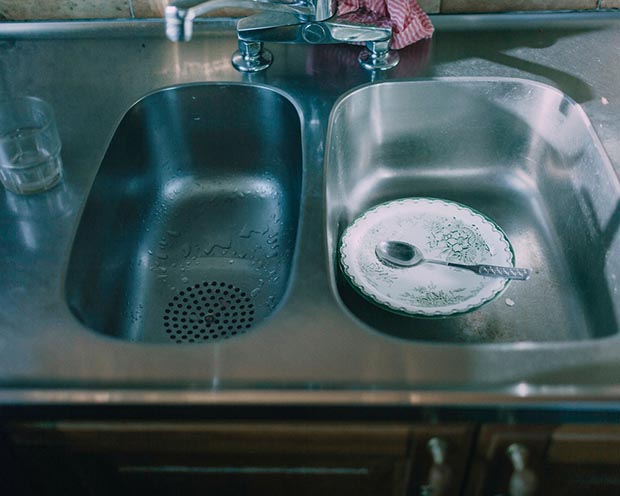 Harald Pettersson fell in love with Hjordis the first time he saw her. They lived on nearby farms in a Swedish village. They were twenty and fifteen years old, respectively, and it was the 1940s.

Some seventy years later, Harald and Hjordis were still very much in love when Hjordis passed away suddenly. Their grandson, photographer Erik Simander, returned to his parents’ house to help take care of the widowed Harald. He attended doctor’s appointments and made sure his grandfather had a coat to keep him warm in the bitter Swedish winter.

He also photographed Harald, with his permission, as he went about daily life, on his own for the first time in decades. Harald had AMD (age-related macular degeneration), and he was therefore unable to see anything in the middle of his visual field. His hearing was impaired. But still, he kept up with the chores. He washed the laundry and fed the birds. He spent his downtime napping, smoking his pipe, and listening to cross-country skiing on the television.

There were times Simander chose not to photograph his grandfather at all. He did not take Harald’s picture when he wept over the loss of his wife. “There could be days when I never even picked up the camera,” the photographer admits. He feared crossing his grandfather’s boundaries, of course, but perhaps in some way, he was also protecting himself.

They didn’t speak much about Hjordis directly, though Simander did learn from his grandfather about the first day he met his grandmother.

Harald died about thirteen months after Hjordis did. The pictures Simander made— collected in the series Hjordis, I Miss You— are a testament to their love and to his grief, but they’ve also become a way for a grandson to hold on to pieces of his grandfather now that he’s gone. “I can look at the photographs knowing what a great man he was,” the photographer says.

Because of the AMD, Harald was never able to see the pictures himself, and Simander still isn’t sure why his grandfather consented to being photographed at such a vulnerable moment. “Maybe he wanted someone to be around him,” he suggests, “And maybe I filled an empty spot.” 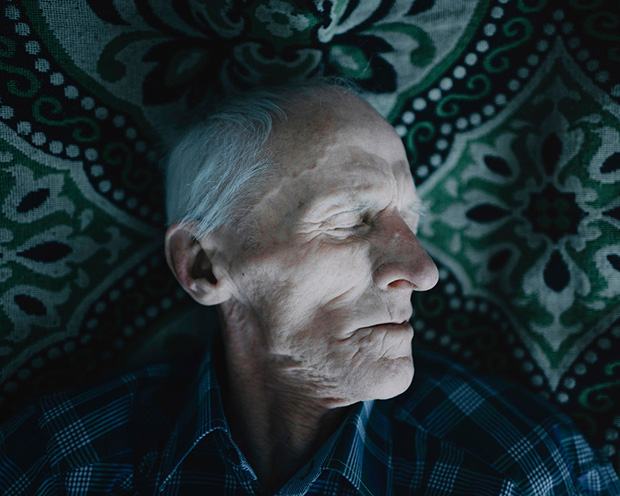 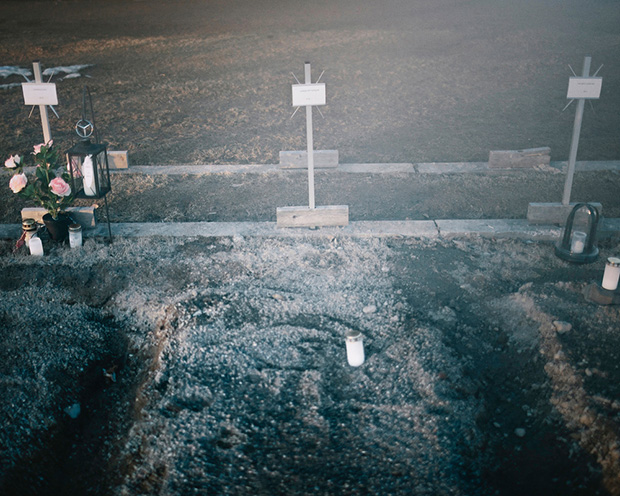 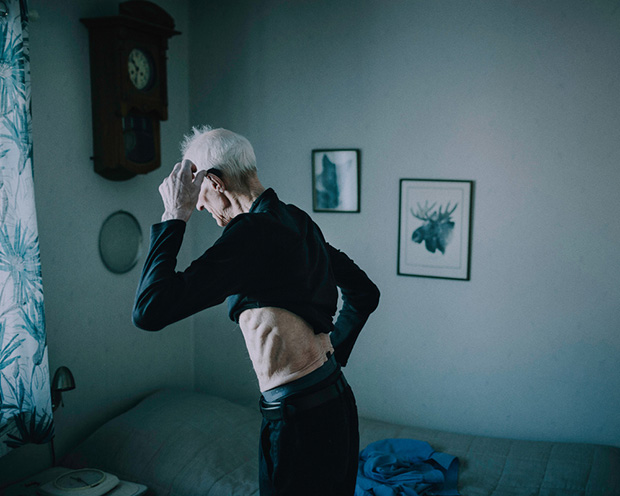 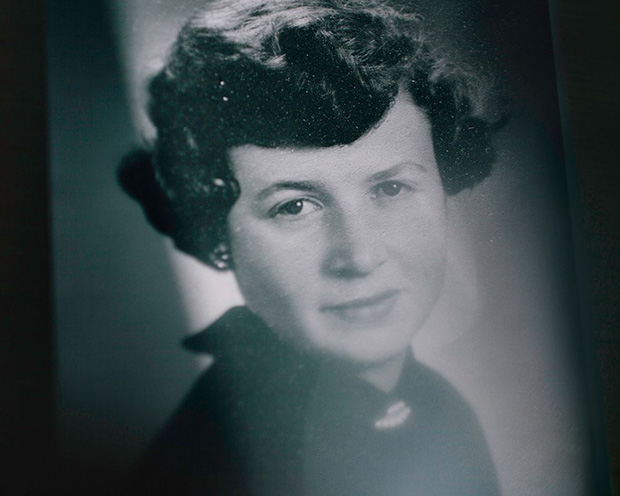 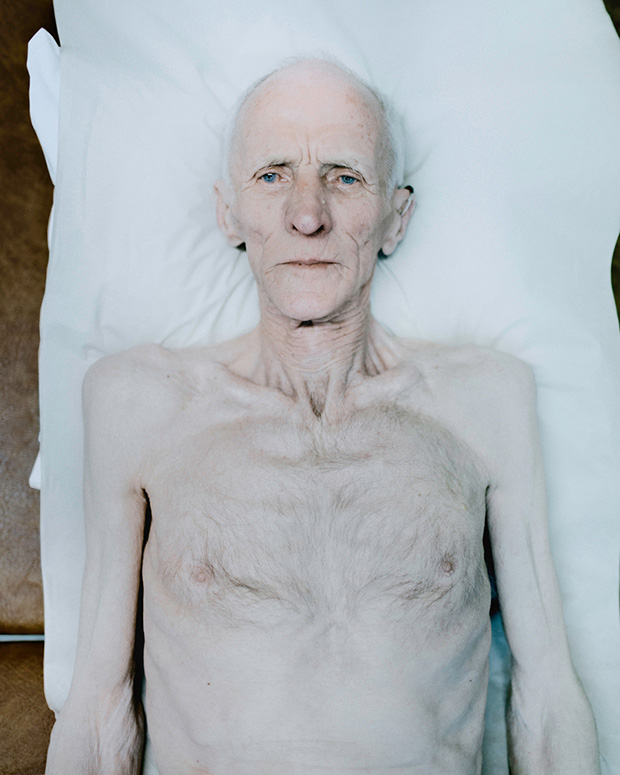 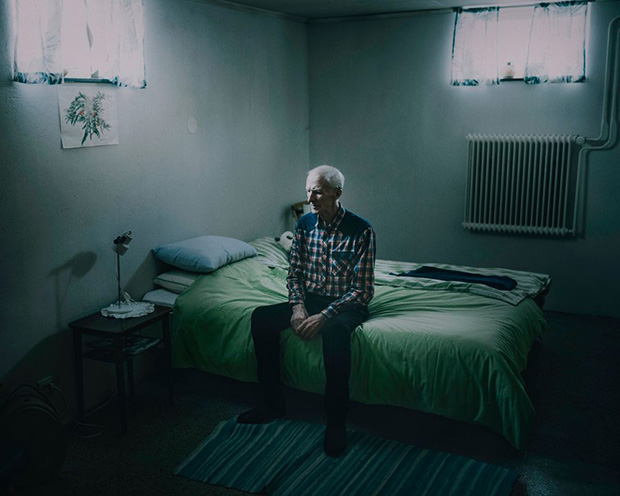 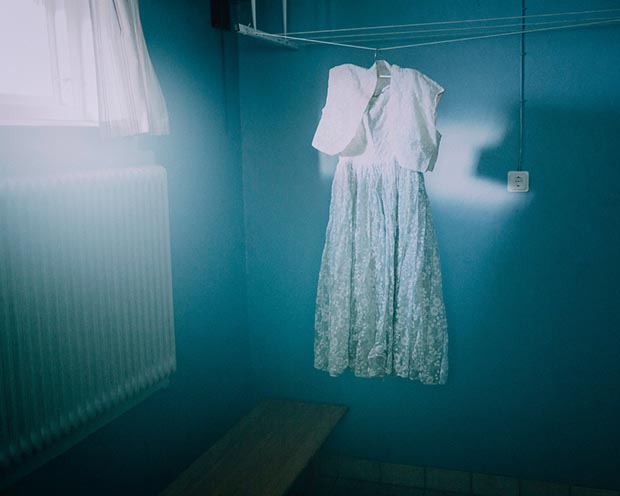