A Fascinating Journey Into the Strange World of Spiritualism 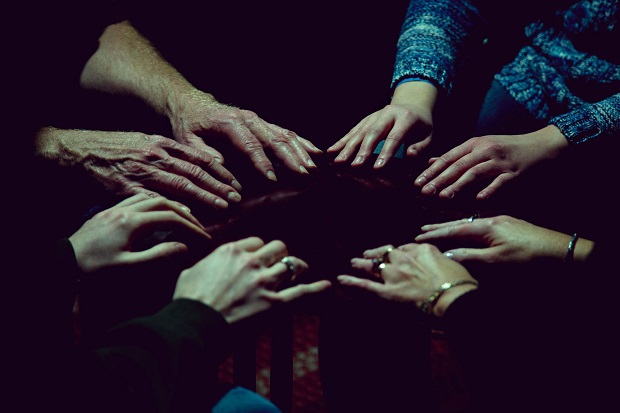 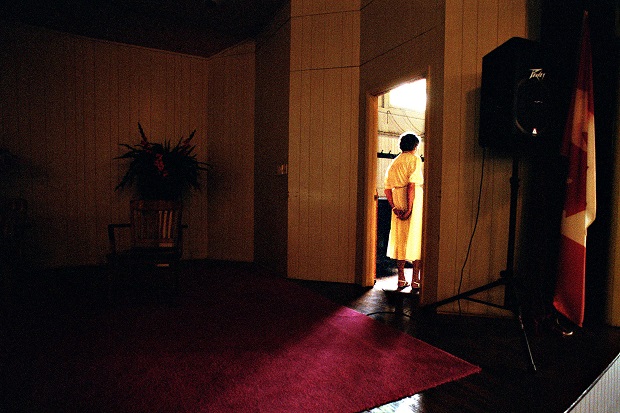 Shannon Taggart’s ventures into the world of Spiritualism began as a teenager. Since then, she’s been photographing the Spiritualist community of Lily Dale, New York for sixteen years. Her new book Séance: Spiritualism Ritual and the Search for Ectoplasm brings together ethnographic study, journalism and art, offering an in-depth insight into the essence of Spiritualism – showing us the uncanny encounters, sacred spots which have set the stage for Spiritualist gatherings for generations, and the elusive ectoplasm – a substance said to be both spiritual and material. The photographs put us in touch with another world, one that doesn’t seem so far off.

In this interview, Taggart talks us through the motivations and drivers behind this project – from a disclosed family secret to a medium predicting her son’s birthdate to the unexpected parallels between photography and spiritualism. 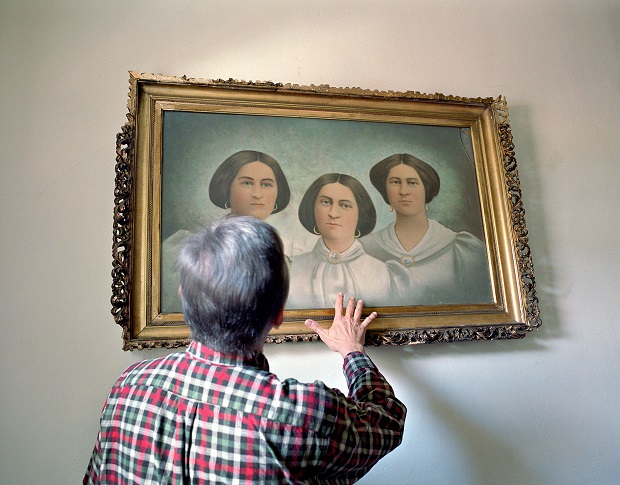 How did you gain access to the Spiritualist community in the first place?
“I first became aware of Spiritualism as a teenager, after my cousin received a reading from a Spiritualist medium who revealed a secret about my grandfather’s death that proved to be true. In 2001, while working as a photojournalist, I submitted a written request to begin photographing at the place where my grandfather’s message was received: Lily Dale, New York, the town which is home to the world’s largest Spiritualist community. Lily Dale’s board of directors, mediums, healers and residents very graciously welcomed me in, and everyone I met there helped teach me about Spiritualism.”

Were there points at which you weren’t allowed to photograph?
“There were many times when I was not permitted to photograph. In each of these situations, whether it was during a reading, a church service, a healing or a séance, I attended anyway in order to learn more about Spiritualist practice.”

Can you briefly describe happens in a séance?
“In a message séance, a medium might have all of the attendees sit in a circle, and then deliver clairvoyant information at random, or invite those present to give spirit messages to one another. In physical mediumship séances, where the goal is to illicit physical effects, the rooms are lit with very dim red light, or set up to be completely pitch black. The medium enters a trance state and then speaks as one of his or her ‘spirit guides.’ Music, sound, and a variety of props play a part in creating the atmosphere, and audience participation is key. As a sitter, you may be asked to sing in the dark at the top of your lungs, hold hands with a stranger for hours, share your sensory perceptions, or converse with a spirit.” 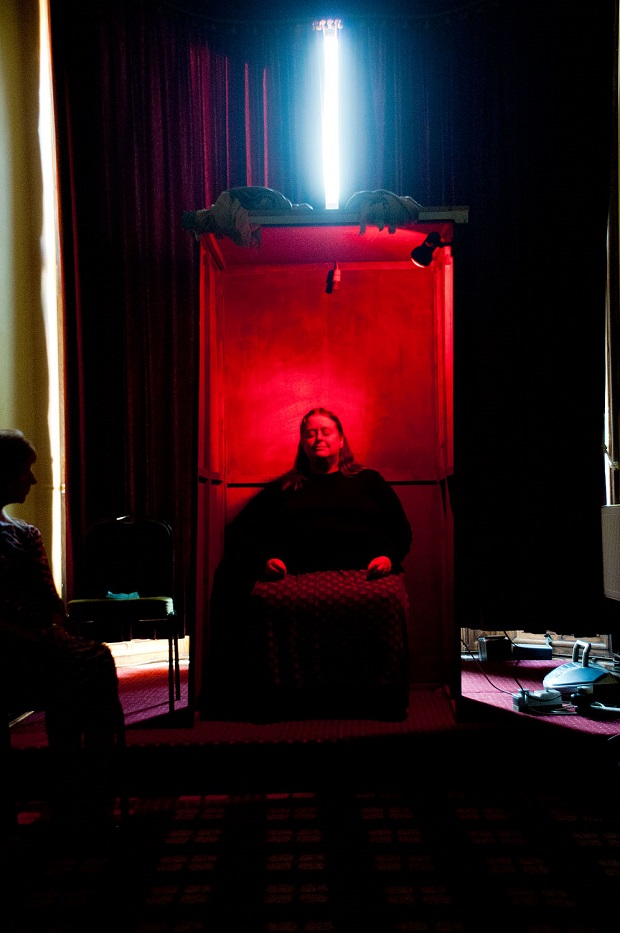 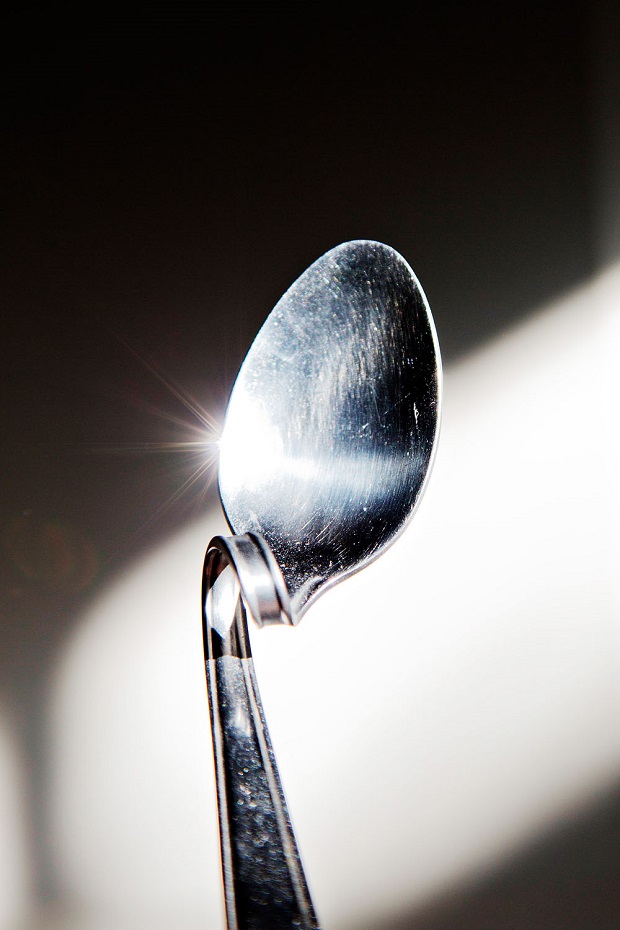 Did you always intend for this project to be made into a book?
“I always hoped to publish a book of my Spiritualism photographs, but I struggled to find the right format. After spending years researching Spiritualism’s fascinating cultural history and bizarre photographic past, I finally came up with the right idea. My forthcoming book, Séance: Spiritualist Ritual and the Search for Ectoplasm will contain my pictures, plus historical images and an original text that will provide a proper context for the work. This material will also highlight Spiritualism’s historical significance and its connections to nineteenth century social reform, scientific inquiry, artistic practice, and popular culture.”

What was the main challenge you encountered when making this project, and in what ways did you attempt to overcome it?
“Photographing Spiritualism presents a unique challenge: how do you photograph the invisible? Sitting in séance rooms with my camera, I wondered how to approach the exchange between a veiled presence and a visible body?

I soon became inspired to experiment with the photographic process after some happy accidents occurred. One example happened during a séance, when the other participants claimed to see a woman’s doppelgänger floating peacefully beside her. I did not see this with my eyes. But in an attempt to make a straight document of this moment, her face appeared doubled in the frame exactly as the observers described, due to a long exposure. I found this coincidence exciting—my camera shutter rendered the perfect visual for this invisible experience. I began to think about how unpredictable elements (blur, abstraction, motion, flare) could insinuate the unseen. I embraced conventions that are considered wrong, messy, or ‘tricky’ and crossed the boundary of what is commonly considered unprofessional in the practice of photography: I invited anomaly. In my edit, I include these pictures that contain both mechanical and spiritual explanations, requiring an interpretation to be made by the viewer.” 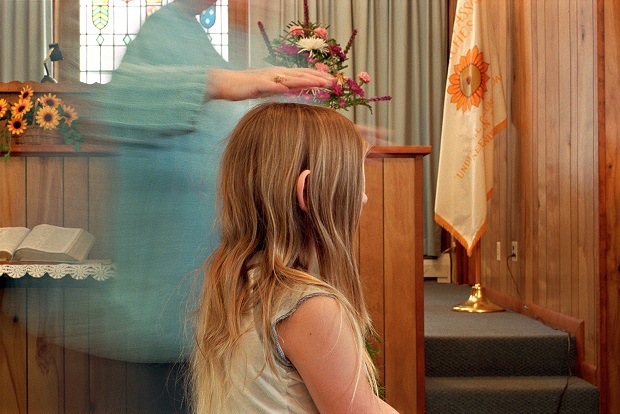 Do you have a particularly memorable experience from your time at Lily Dale that you want to share?
“I’ve had many mysterious, absurd, entertaining, and meaningful experiences while photographing Spiritualism. These moments have kept me in a constant state of questioning. My experiences range from being serenaded with a Broadway style song and dance message, to having a medium’s spirit guide direct a photo shoot, to hearing a Lily Dale medium correctly predict the birthdate of my son two years before he was born.”

What is your own attitude towards Spiritualism?
“I expected to spend one summer figuring out the tricks of the Spiritualist trade. Instead, Spiritualism’s mysterious processes, earnest practitioners and complex history became a resource and an inspiration for my own body of work. As a photographer, I became particularly interested in the connections that exist between Spiritualism and photography.

Photography’s ability to freeze time and preserve a person’s disembodied likeness directly links it to mortality, which is Spiritualism’s main point of focus. Both originated in the mid-nineteenth century and were popularized in the same city of Rochester, New York—the first public séances took place at Corinthian Hall in 1849, 1/2 of a mile from where Kodak would establish its headquarters in 1888 and introduce photography to the masses. Spiritualism and photography were also brought together during nineteenth century scientific experiments that sought to create physical proof of the spiritual dimension. And, Spiritualism was the first religion to create an original iconography using photography.

Spiritualist practice and the photographic process also correspond in some uncanny ways. Both use the term “medium” to describe their function as an intermediary instrument. The séance room and the camera body are both dark chambers used to capture disembodied presence. Mediumistic trance states develop under red light, like latent images that materialize in chemical darkrooms. And ‘ectoplasm’—Spiritualism’s sacred substance—is said to be light sensitive, as are photographic materials.”

To support Shannon’s fascinating book, please consider making a donation to help her reach her funding goal here. You can also see more of her work on her website. 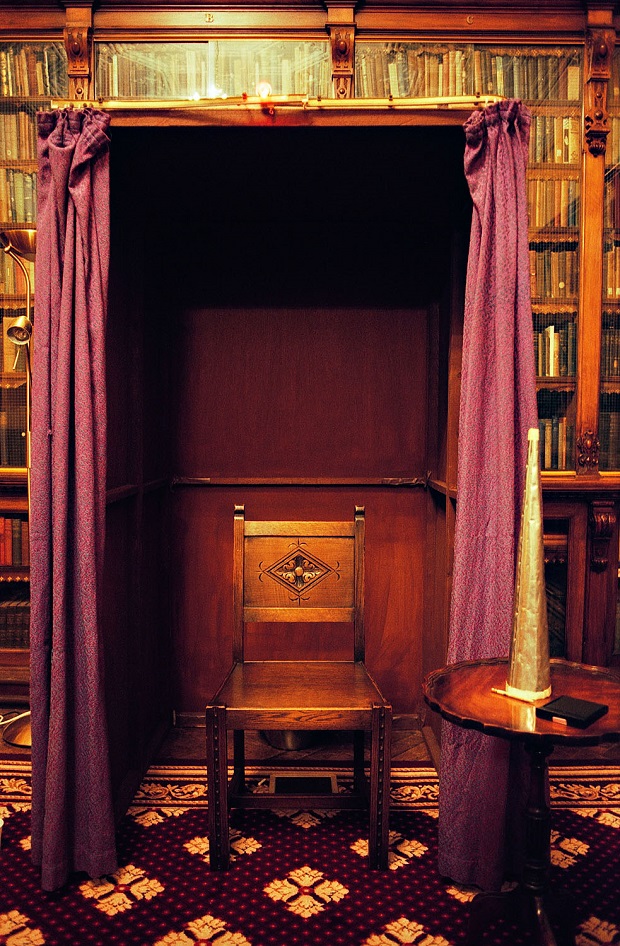 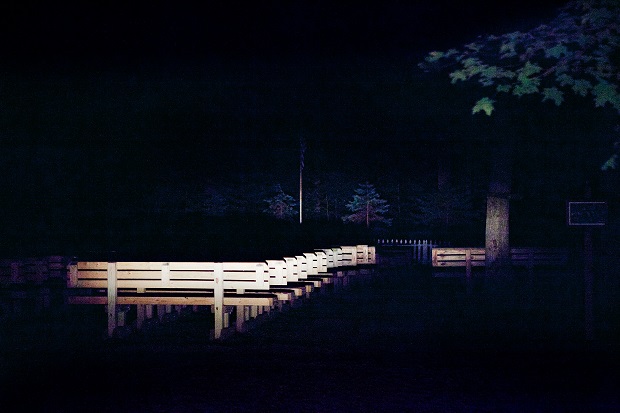 Inspiration Stump, a sacred spot in Lily Dale where mediums have given messages since 1879, and the place where my grandfather’s message was received, Lily Dale, New York, 2012 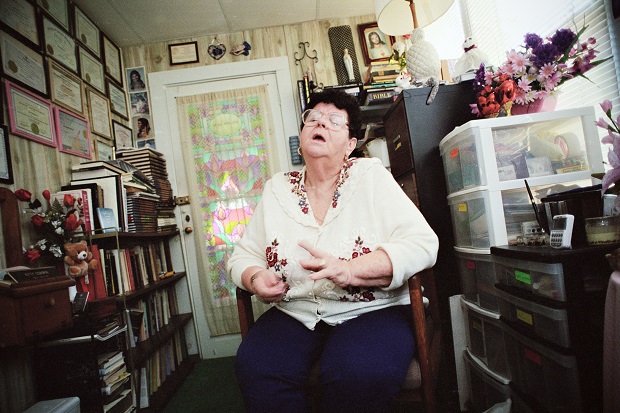 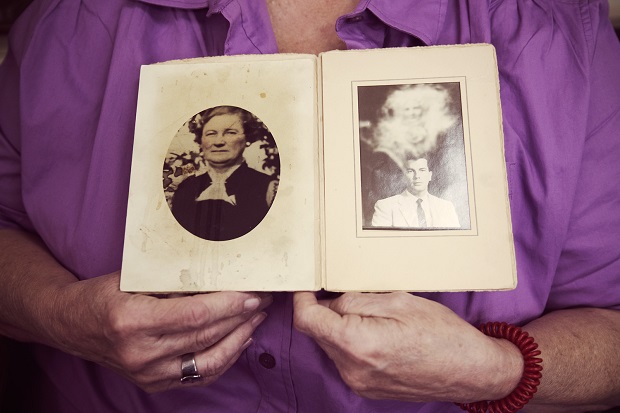 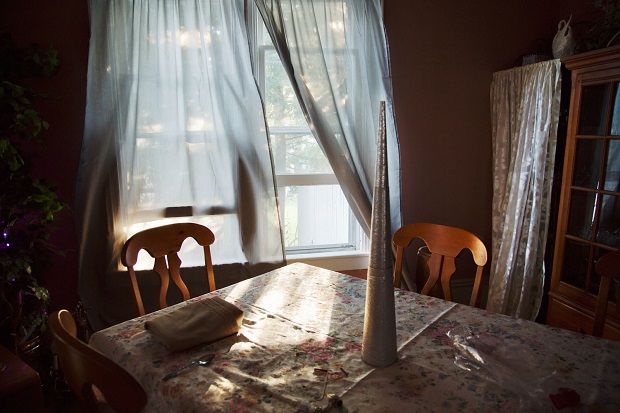 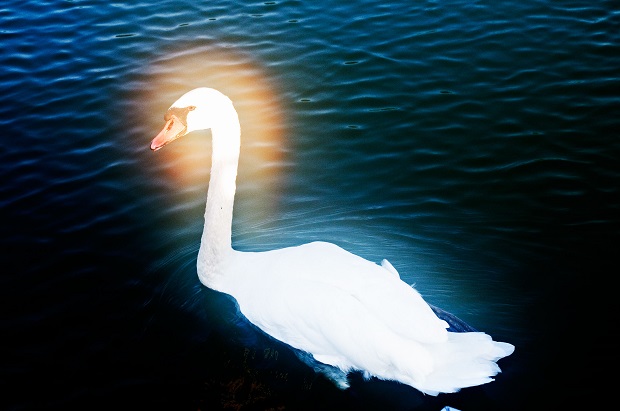