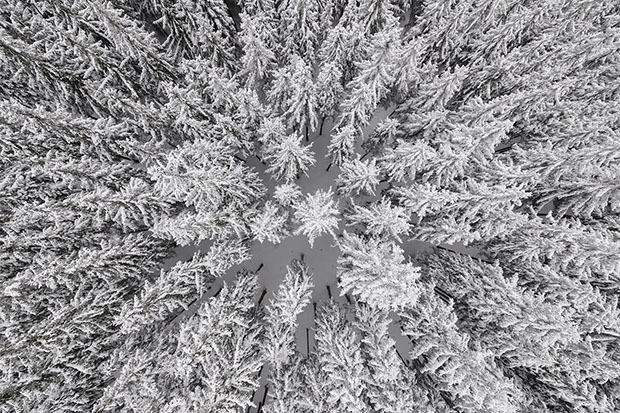 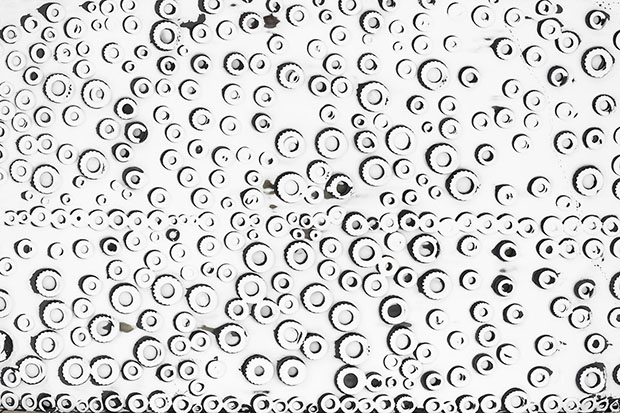 In winter, the Polish skies belong to Kacper Kowalski. He’s been making pictures from his gyrocopter, 500 feet above ground, for nearly a decade, but lately, with the arrival of drones and other pilots, he’s found freedom and privacy in the cold. “Wintertime is really the last territory that I still own,” the photographer explains.

When others give up for the season, deterred by ice and low visibility, Kowalski makes his way into Earth’s lonely atmosphere. The snow, whether it’s fallen or still falling, obscures much from view, leaving behind only traces of mankind’s heavy footsteps.

At 500 feet, the photographer’s hands freeze. His engine is threatened by ice; the lens fogs over.

For his series Side Effects, Kowalski examined the conflict and tensions between mankind and the wilderness, but for the series Over, he set out in search of what he calls “black holes” and “middle of nowheres.” These are the places where people have not yet made their indelible mark. These are the roads untravelled and the last remaining patches of terrain at the edges of civilization.

“I selected the unselected ones,” Kowalski says of the places he chooses to photograph.

When asked who will win this centuries-old war between mankind and our Earth, Kowalski places all his bets on nature. In some ways, after spending more than 100 hours in the air, he has seen through the eyes of the gods.

“Somebody said that humankind is a species condemned to death. I agree with this statement,” the artist writes, before adding, “We will amuse ourselves until death comes, probably.”

Kowalski’s prophecy is a painful one certainly for the people who sit below, huddled in their little houses around their little fires as the snow falls silently on their little roofs, but his photographs are never bleak. They’re lyrical.

When I first interviewed Kowalski about Side Effects in 2015, he told me, “From the air, the world looks idealized.” That philosophy shines through even more powerfully in Over.

When putting together the latest exhibition of the photographer’s work— Fade to White— curator Bill Shapiro compared Kowalski’s skiers to strands of DNA, a dock to piano keys. With this work, all that’s big becomes small; all that’s chaotic becomes ordered, and all that’s ugly becomes beautiful.

Flying over his homeland, Kowalski says, is “like falling in love for the first time, every day.” For that reason, there’s much warmth to be found amidst the chill.

Fade to White is now on view at the Curator Gallery until December 17th. 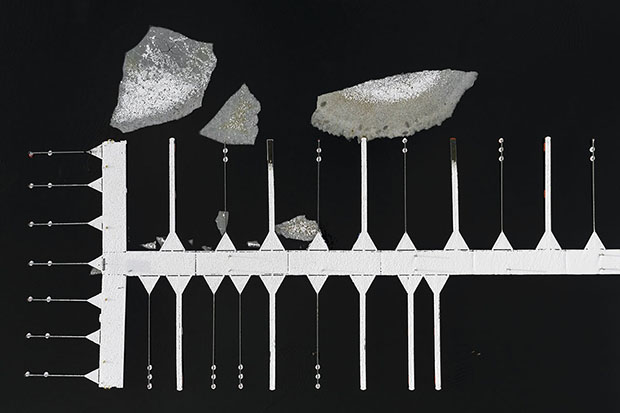 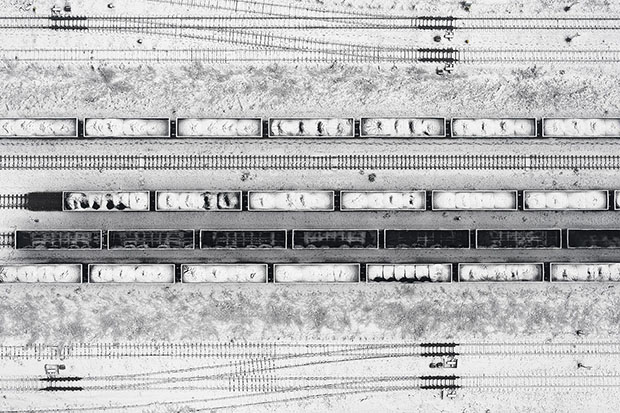 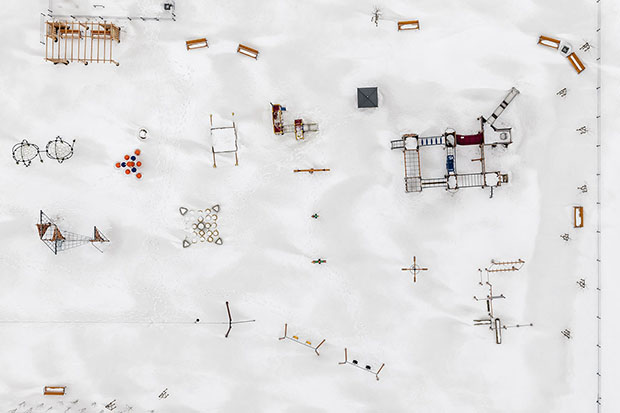 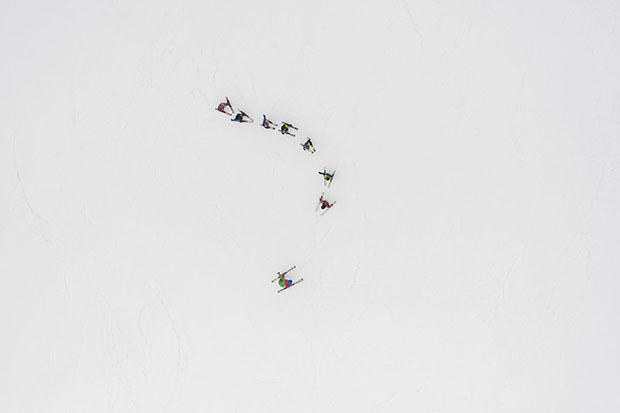