The Legacy of the Indian Residential Schools as Seen in Photos 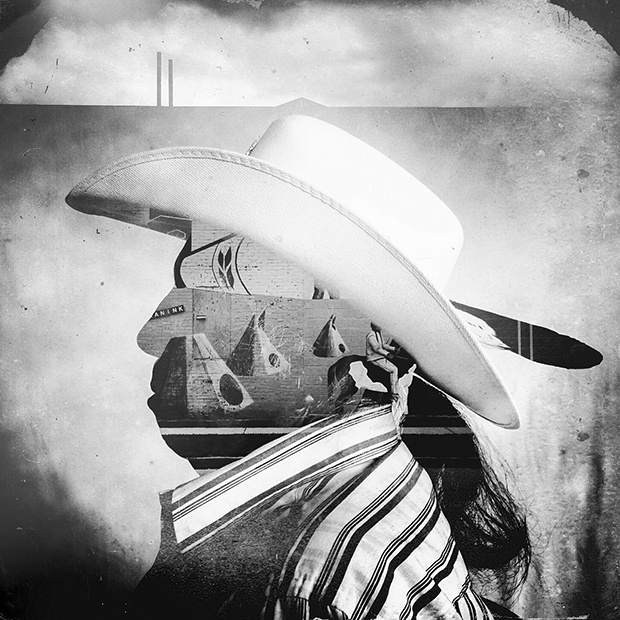 MIKE PINAY
Qu’Appelle Indian Residential School
1953-1963
“It was the worst ten years of my life. I was away from my family from the age of 6 to 16. How do you learn about family? I didn’t know what love was. We weren’t even known by names back then. I was a number.”
“Do you remember your number?”
“73.”

Daniella Zalcman’s project, Signs of Your Identity, focusses on the legacy of the Indian Residential schools implemented by the Canadian government in the 1840s. The schools were intended to assimilate young indigenous students into western Canadian culture, but used brutalising tactics to achieve this end. Zalcman creates multiple-exposure portraits of former residents of the schools and conducts interviews with them about their stories, exploring the repercussions of their treatment. The effect is an overlaying of the past with the present, of memory with identity; the ways that our histories, both personal and societal, shape us.

The residential schools were brutal environments. Residents were not allowed to speak their own language and were subject to sexual and physical abuse. Despite the context and the traumatic experiences of some of the residents, Zalcman’s approach is gentle and oblique. Using an iPhone 5S to generate poetic black and white portraits, overlaid with landscapes and natural details, her vision is not bleak or sensationalising, rather an abstract representation of the varied ways an identity can be constructed or perceived. The images are dreamlike, inviting the viewer to look for a long time, their meanings not easily parsed: a nuanced and, ultimately, hopeful portrayal of those that endured the residential schools, a celebration of their indigenous roots, their individuality, and their personal histories.

Daniella Zalcman’s book, Signs of Your Identity, is out now and can be purchased here. Follow her on Instagram for more. 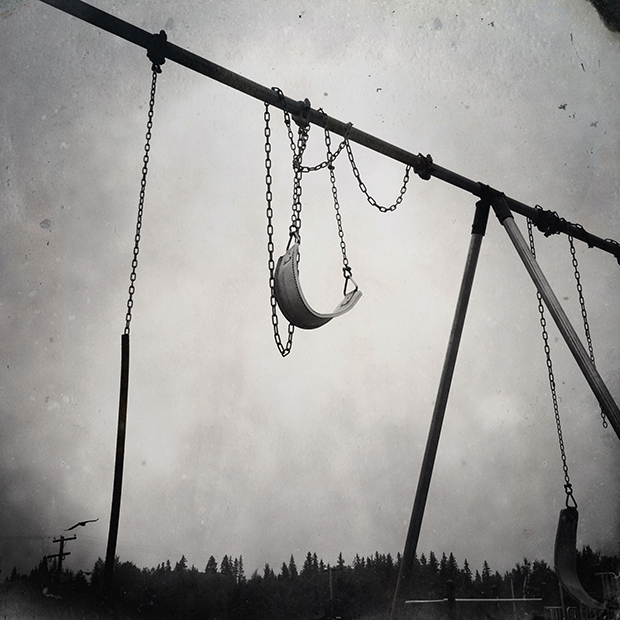 A swingset in Beauval, Saskatchewan, near the former site of the Beauval Indian Residential School.

How did you find out about the residential schools? What made you decide to pursue a project about them?
I initially came to Canada chasing a public health story. I’d read a statistic that Indigenous Canadians had one of the fastest growing rates of HIV of any demographic in the world, and I was stunned. Canada has great health care, progressive harm reduction strategies like free needle exchanges. It just didn’t make sense. So I spent a month in 2014 driving around British Columbia, Saskatchewan, and Ontario. Almost every single HIV positive First Nations Canadian I interviewed referenced residential school. To me, there was an obvious connection between the systemic crises that a lot of indigenous communities are fighting right now and the legacy of coercive assimilation. 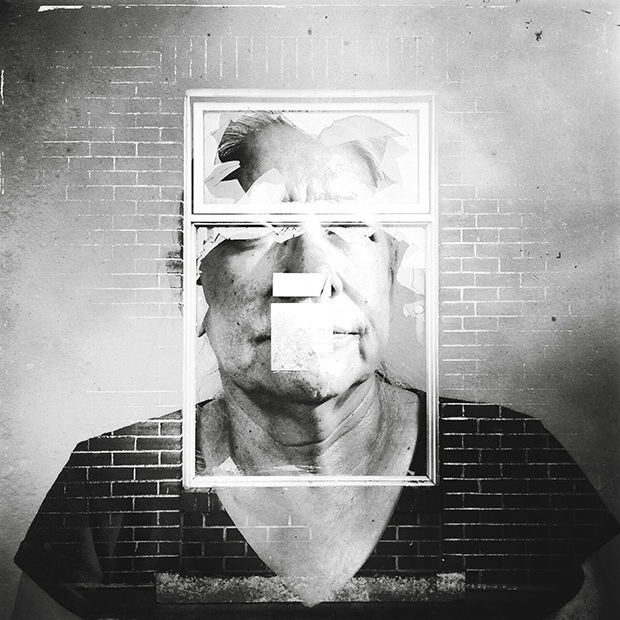 VALERIE EWENIN
Muskowekwan Indian Residential School
1965-1971
“I was brought up believing in the nature ways, burning sweetgrass, speaking Cree. And then I went to residential school and all that was taken away from me. And then later on, I forgot it, too, and that was even worse.”

What made you decide to create multiple exposures for the project?
I struggled with how to tell this story visually — I couldn’t go back and photograph what was happening in residential schools because the last school closed in 1996. I didn’t like the idea of photographing the legacy — because that meant taking almost certainly stigmatizing images of substance addiction and poverty. So for me, this story became about capturing memory and the legacies of trauma and the ways we pass those things on to our children. The double exposures just made more sense. 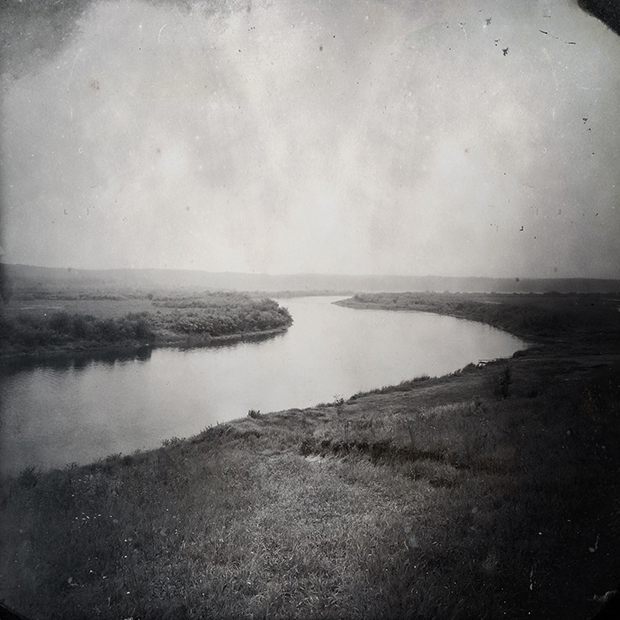 The only road from Beauval Indian Residential School (at least 50+ years ago, at the darkest point in the school’s history), led straight to the Beaver River. Students regularly tried to run away, but either were too small to try to cross or drowned in the attempt.

How did you get in touch with your subjects? Did you build relationships with them and, if so, are they ongoing?
I shot all of the work for the book in August 2015, but I started with the community I’d spent time documenting in Regina, Saskatchewan the year before. One woman in particular connected me with her aunts and uncles who had all gone to residential school, and it snowballed from there. Each person I spoke to pointed me to a friend, a neighbor, a relative who also had their own story. I absolutely built relationships with all of them, and am still in touch with a few in particular. I was working in North Dakota at the end of the summer so had a chance to drive up to Regina and show some of the people I’d interviewed an advance copy of the book. It means a lot to me to be able to share the project as it evolved and make sure that I was telling these stories respectfully. 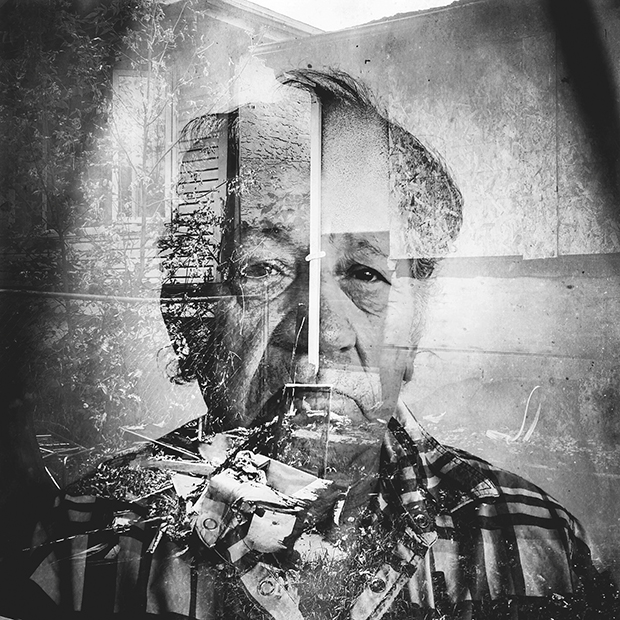 ELWOOD FRIDAY
St. Phillips Indian Residential School
1951-1953
“I’ve never told anyone what went on there. It’s shameful. I am ashamed. I’ll never tell anyone, and I’ve done everything to try to forget.”

What are you hoping to convey with the project?
There are a few goals. Mostly, and most broadly, I want people to know that this happened. I never learned about these schools in my history classes (we have Indian Boarding Schools in the U.S. too — in fact we invented the system). They’re only just starting to become a part of the mainstream curriculum in Canada. So my primary goal is to get this book into schools as a teaching tool.

And secondly, I want people to think more consciously about the ramifications of historical and intergenerational trauma. We tend to treat history as a series of isolated events — but the ongoing echoes of coercive assimilation and settler colonialism in North America are profound. We don’t spend enough time talking about how those systems affect Indigenous people today. 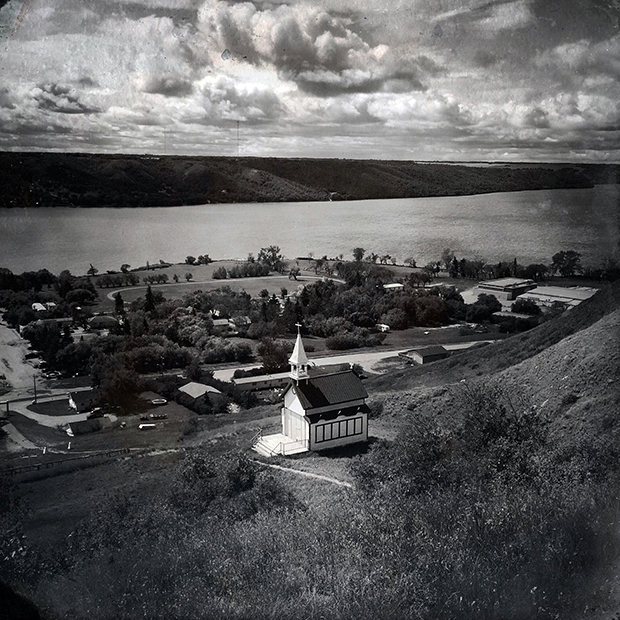 This picturesque little village is Lebret, Saskatchewan: home to the Qu’Appelle Indian Residential School, which operated under the federal government and Catholic Church from 1884-1969, and under the governance of the Star Blanket Cree Nation from 1973-1998. While most of the original school structures have been demolished, one building remains, visible on the far right side of the photo.

How long did the project take including research, shooting and editing?
Well — that’s hard to say. Technically the project began in 2014 when I made that first trip to Canada, started learning about residential schools, started hearing these stories. But the images and interviews for the book itself were all conducted during a two week trip to Saskatchewan in August 2015. The editing was happening fairly simultaneously. 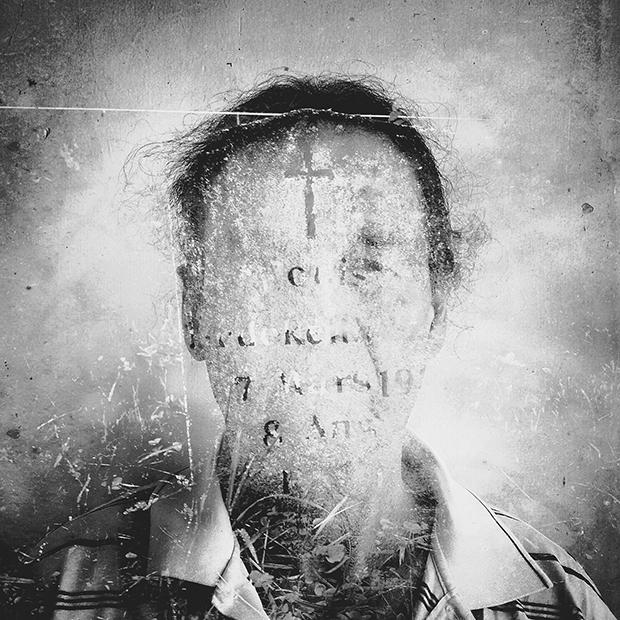 RICK PELLETIER
Qu’Appelle Indian Residential School
1965-1966
“My parents came to visit and I told them I was being beaten. My teachers said that I had an active imagination, so they didn’t believe me at first. But after summer break they tried to take me back, and I cried and cried and cried. I ran away the first night, and when my grandparents went to take me back, I told them I’d keep running away, that I’d walk back to Regina if I had to. They believed me then.”

What is your photographic process?
All of the images were shot and edited on an iPhone 5S. They’re not technically very complicated, but it did take a lot of permutations to get each one where I wanted it, symbolically and visually. I’d say each multiple exposure probably went through 10-40 iterations. 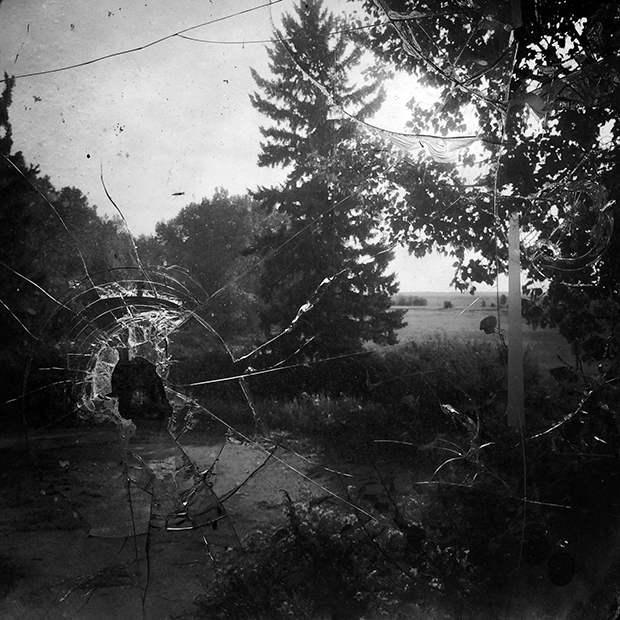 The ruins of the Muskowekwan Indian Residential School.

Are there any particular artists who have inspired you and your work?
My influences tend to shift dramatically depending on what sub-genre of photography I’m working in — I started out as a news photographer at a tabloid, so my first real inspiration was Weegee. Now that I function more in the social documentary world people like Mary Ellen Mark and Maggie Steber and Eugene Richards are the photographers whose work I most appreciate. 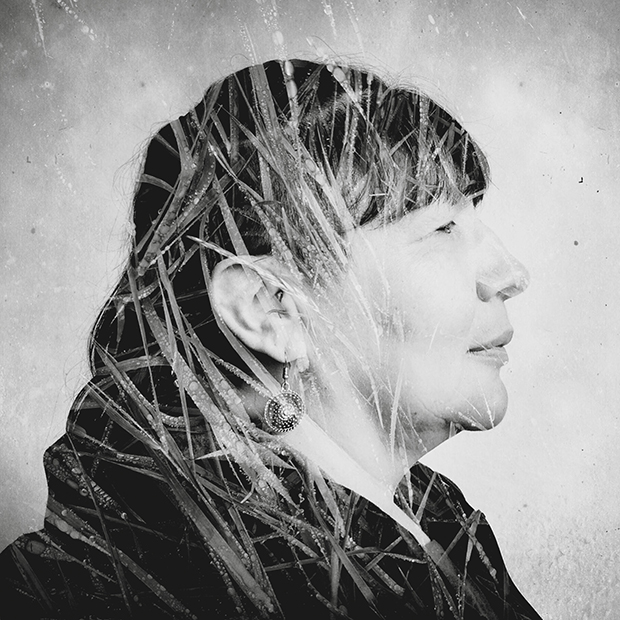 DEEDEE LERAT
Marieval Indian Residential School
1967-1970
“When I was 8, Mormons swept across Saskatchewan. So I was taken out of residential school and sent to a Mormon foster home for five years. I’ve been told I’m going to hell so many times and in so many ways. Now I’m just scared of God.”

Why photography? What do you like about the medium?
It just happens to be the storytelling format that suits me best, I think. I like writing as well — and in some ways this story lends itself more to writing when it comes to explaining all of the history behind this project. The images would certainly be meaningless without the accompanying interview excerpts. But when it comes to a complete representation of each person, of how these schools impacted all of the individuals I interviewed — I think there’s a simultaneous depth and immediacy to photography that works well here. 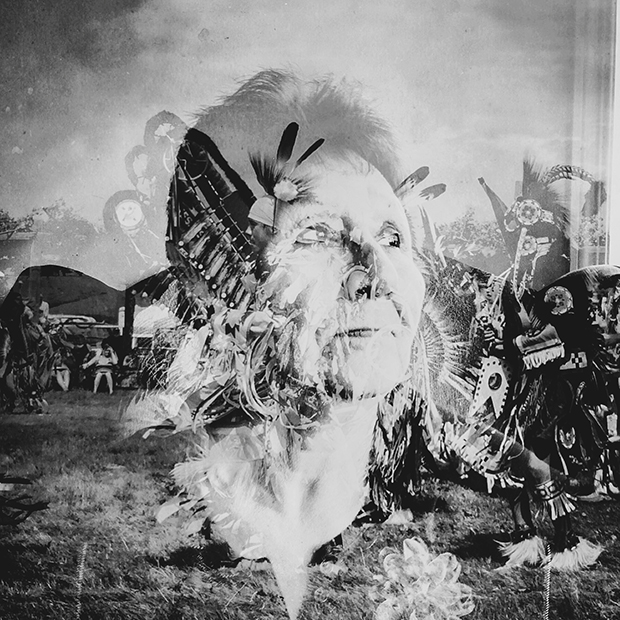 ROSALIE SEWAP
Guy Hill Indian Residential School
1959-1969
“We had to pray every day and ask for forgiveness. But forgiveness for what? When I was 7 I started being abused by a priest and a nun. They’d come around after dark with a flashlight and would take away one of the little girls almost every night. … You never really heal from that. I turned into an alcoholic and it’s taken me a long time to escape that. I can’t forgive them. Never.”