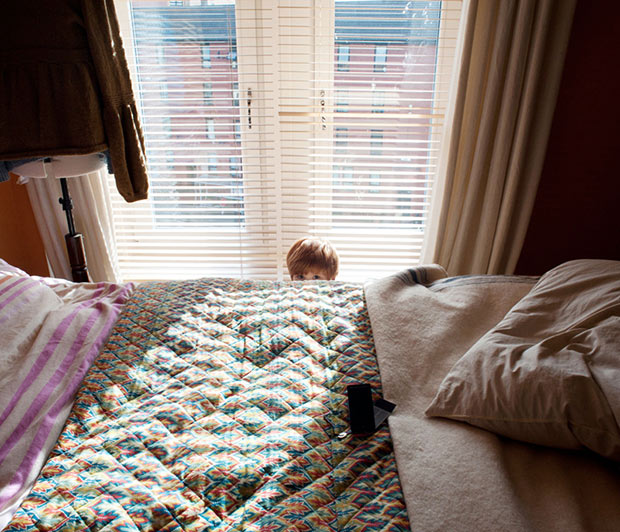 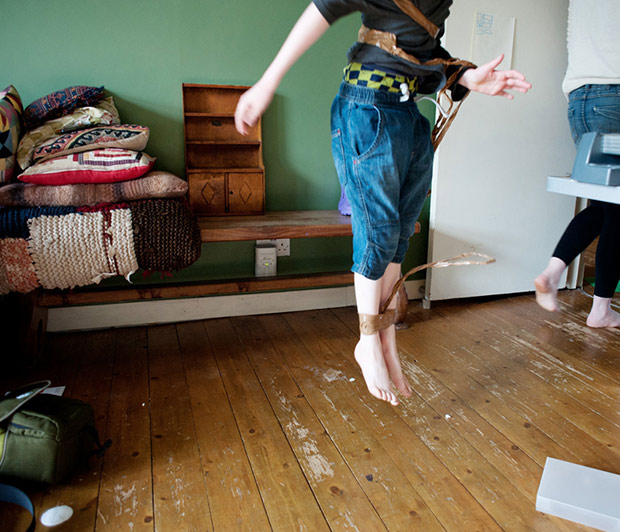 According the the Autism Society, approximately 1% of the world’s population has some form of autism spectrum disorder. Though a seemingly small percentage, the care for an individual with the condition is specialized, costly and challenging. Photographer Sarah Amy Fishlock documents one family’s daily life with autism in her series Amye & Ahren. Intelligent and articulate, Ahren was not diagnosed until 2012 at the age of eight. Before learning of his condition, his teachers were unable to make sense of his erratic behavior, resulting in Ahren’s transfer to 3 different schools in the last few years. His family is in a constant struggle to find a place that suits his needs, the majority of his care falling to his mother Amye, who is unable to work in order to give her son the attention he requires. Frequently restless and frustrated when out in the world, Ahren releases his aggression at home, often directed at his mother.

Fishlock’s work was at the mercy of the now ten-year-old Ahren’s whims, much like the household he lives in. Swinging wildly from contentment to rage to hyperactivity in moments, the days pass directed by caprice. The series shows both the creativity and frenzy of Ahren’s moods, the household thrown into constant upheaval and disorder. Amye & Ahren presents the world from Ahren’s perspective, lost in the quiet and confusion of the disorder he was born with. We asked Fishlock to tell us more about Ahren, his mother and the everyday trials of a family dominated by autism. 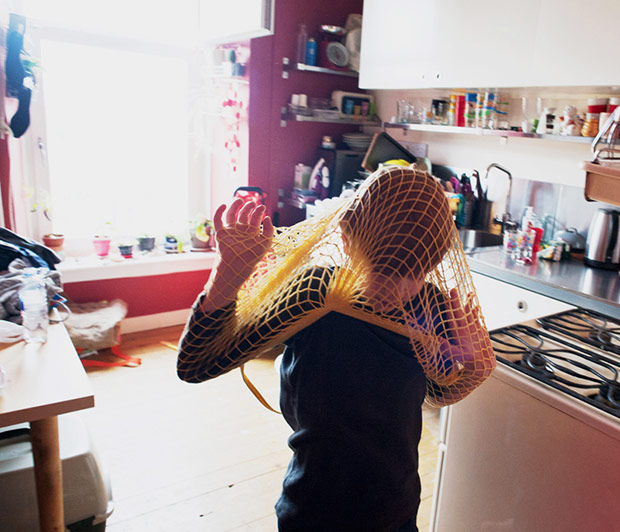 How did you first meet Amye and Ahren? How did you come to photograph them?
“I met Amye and Ahren through a mutual friend – they live in Glasgow, about 15 minutes away from me. I was interested in using photography to explore the experience of those spend most of their day caring for other people. I initially intended the project to be much broader, encompassing several families: however, Amye and Ahren were such compelling subjects that I decided to focus entirely on them. I visited them several times a week, making images of their home life in an observational, intuitive way.” 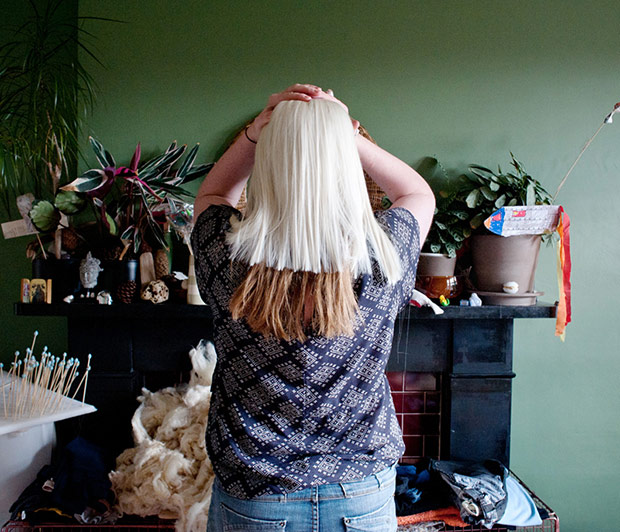 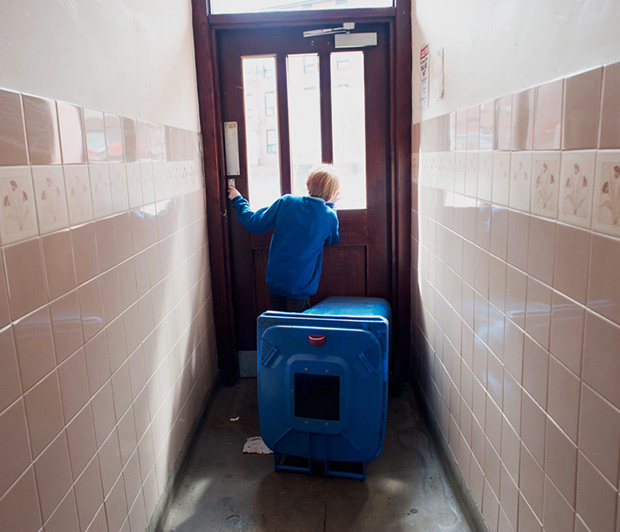 Describe daily life in this particular household.
“At the time this work was made, Ahren spent four hours a day at a special needs school. He has been moved to different schools since then, but so far the family have yet to find one that suits his needs. Because of this, most of his care falls to Amye. I saw first hand how challenging it can be to look after an autistic child alone. Ahren’s mood can change quite quickly – one minute, he will be content playing in his den, the next he will be bounding around the house, full of energy. I had a lot of fun with them, and they clearly have lots of fun together – it’s just that Ahren’s excitement can sometimes tip into aggression very quickly.

“It’s hard to get most children to stick to a routine – it’s even harder with a child who has high-functioning autism. The problems are compounded by the lack of support the family has had from the education system. As Ahren matures he is becoming more aware of how far behind he is compared to other children when it comes to reading and writing. These frustrations naturally affect his mood, and sometimes means that he takes his frustration out on Amye.” 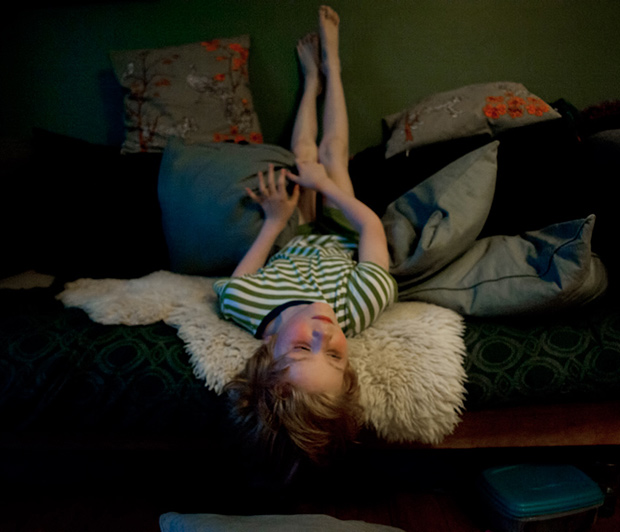 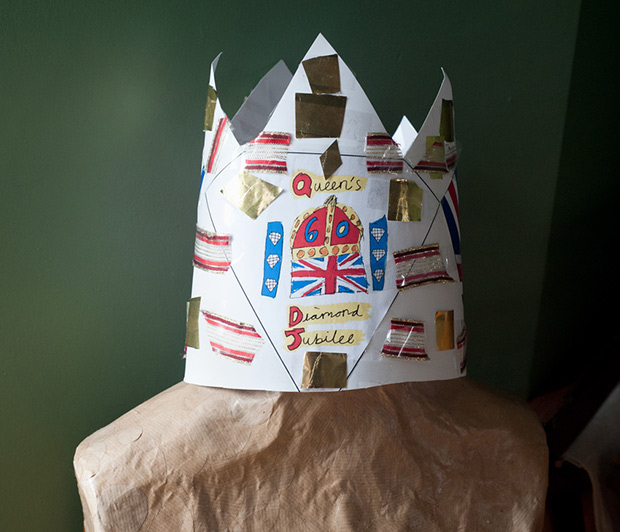 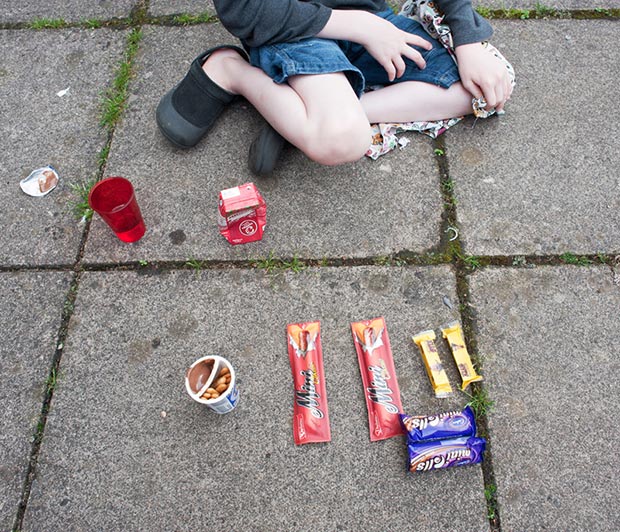 What are Ahren’s interests? What does he like to do?
“Ahren is an extremely intelligent and creative child – I was struck by how good he is at improvising toys, dens, costumes out of things that are lying around the house. His mum is creative and I think making things is a great outlet for his energy. Now that he is getting older he has a serious passion for computers and Minecraft. He is also a real animal lover and loves to play with the two family pets, Felix the cat and Boomer the dog. Autism is traditionally associated with a lack of empathy, but I don’t think this is true of Ahren: he has trouble reading situations and can sometimes get confused, but he is a really intuitive and sensitive child.”

How has life changed for the family now that Ahren has been properly diagnosed? How have things improved for them?
“I think the main benefit for Amye was finally getting the recognition that she is a carer: her responsibility for Ahren means that she cannot have a regular job. Before the diagnosis, she was on Jobseekers’ Allowance and was locked into a vicious cycle: she couldn’t work because she had to care for Ahren, yet she wasn’t officially a carer, so wasn’t receiving carers benefits. Now things are much clearer, although the family still suffers from the benefits cuts and stringent regulations that the U.K. government has imposed over the last four years. Disabled people and their families in the U.K. face the constant threat of losing their benefits, and have to attend regular interviews to ‘prove’ that they can’t work. I hope things change for the better in the future, but under our current government I can only see it getting worse.” 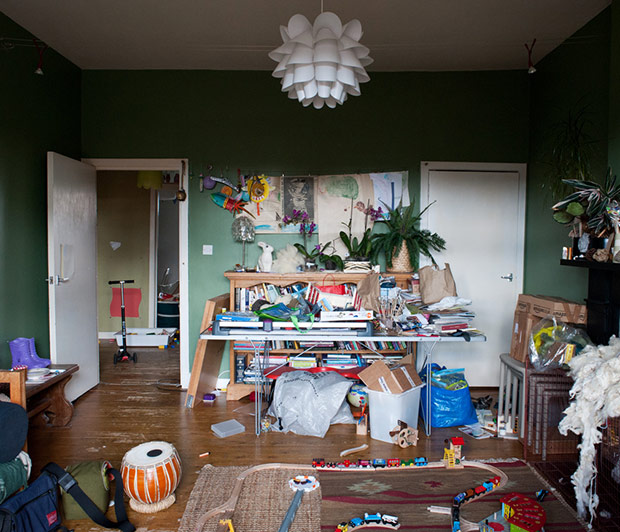 What should those unfamiliar with the condition understand about individuals with autism?
“I think the main thing that I learned, through my research and through the time spent with Amye and Ahren, is that it’s important to be empathetic. Putting ourselves in someone else’s shoes is really important, and we don’t do it often enough. When a non-autistic person sees an angry face, they immediately realize that the person they are looking at is annoyed, and act accordingly. An autistic person doesn’t make that connection, which is why they sometimes act inappropriately. For example, Ahren often responds to a stern word with laughter. It’s not because he’s being nasty: he is just struggling to understand the meaning of the social clues that we all take for granted. Once I started to imagine how hard it must be to be constantly confused by the world, I really started to respect Ahren for the way he is negotiating the challenges he faces, and becoming a sensitive, intelligent and responsible young person despite his condition.” 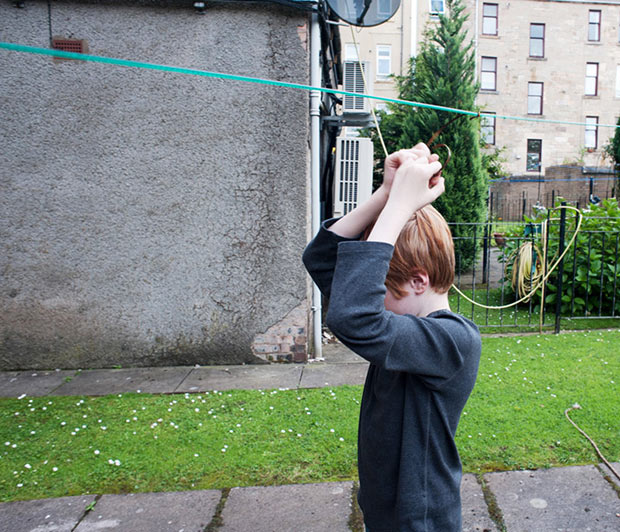 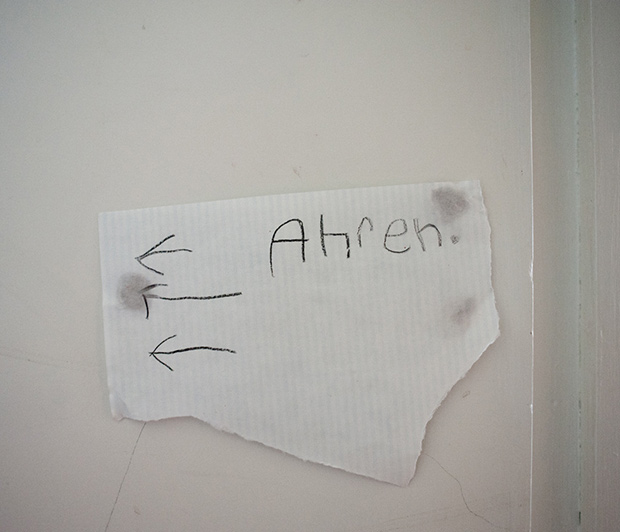