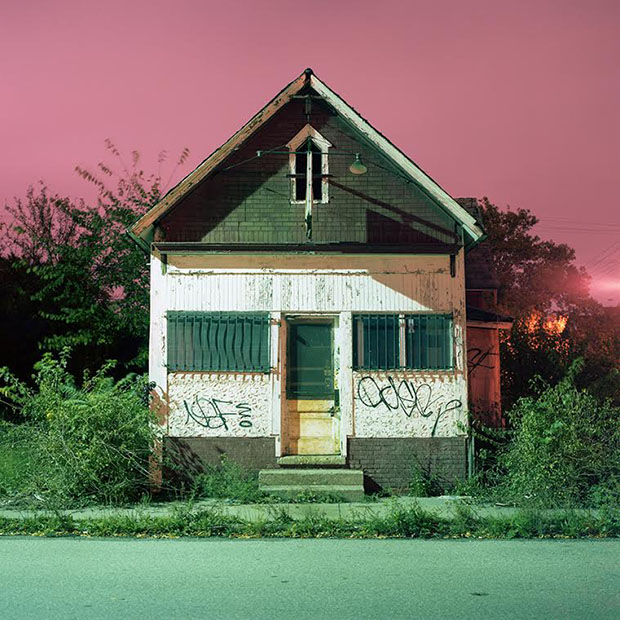 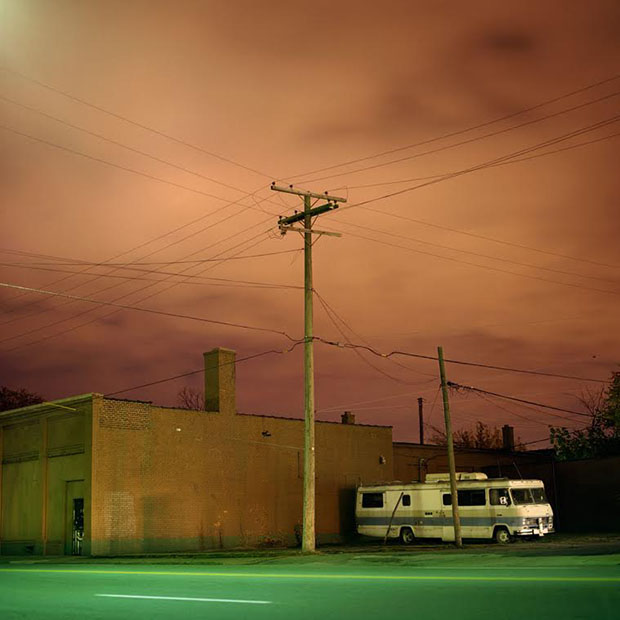 After Ignas Maldziunas was hit by a car, he suffered from crippling headaches. After many doctor’s appointments and disappointments, he realized nothing would alleviate the pain. Except for taking photographs.

Maldziunas grew up in Lithuania with a father who painted the churches that lined the villages. When he was just five years old, he received his first camera, an old Russian-made model. After a career in graphic design, he returned to his childhood passion after the accident. He hitchhiked around the world and never looked back.

“After that big long trip,” the artist explains, “my headaches disappeared.”

Maldziunas’s photographs are taken in real places under unreal circumstances. He walks in empty spaces from dusk until dawn, illuminating the obsidian night with neon colored flashes and long, silent exposures.

Most of his photographs were taken in Lithuania or the United States, particularly in Detroit. Still, it doesn’t so much matter about the exact location on the map; he’s trying to tap into a forgotten corner of the human psyche. Most of Maldziunas’s locations around the world are derelict and broken, left behind by those in search of more fertile ground. The artist is most at home in places others have abandoned.

These nighttime hallucinations have long since pacified his physical pain, but he’s still driven out of bed by some unnamable appetite for solitude. He calls photography his “addiction,” there’s an almost religious fervor to what he does.

Unlike his father’s sketches, Maldziunas’s pictures aren’t made in actual places of worship, but the projection of the lights and hues—sometimes subtle, sometimes bold— recalls the uncanny and preternatural. His studio, as it turns out, used to be a synagogue.

Although Maldziunas has mastered digital photography, he always chooses analog for his personal work. The most sacred part of the process is perhaps the moment he returns home and is alone once more in the darkroom with rolls upon rolls of film from faraway places. For more, follow the artist on Instagram. 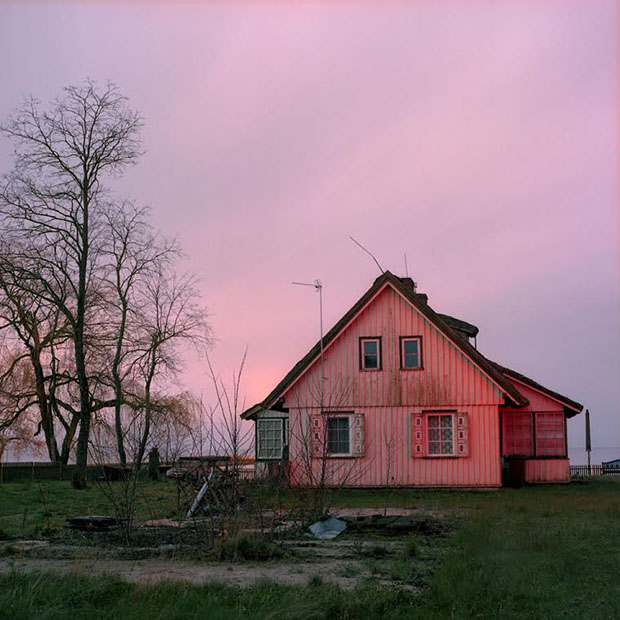 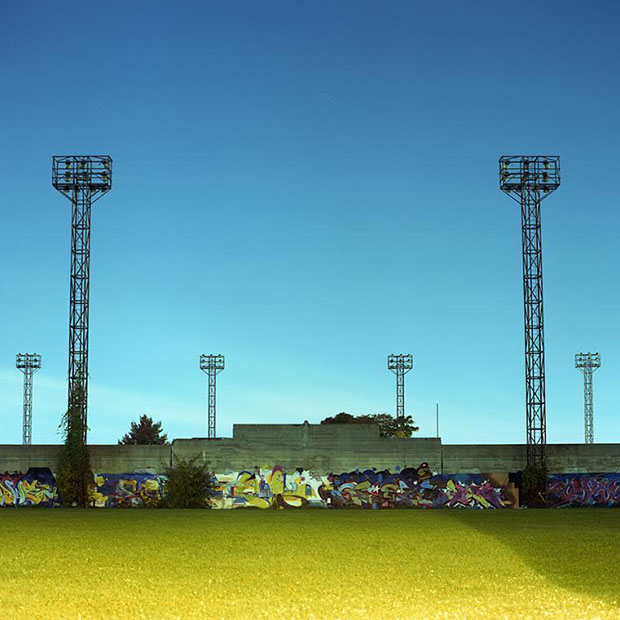 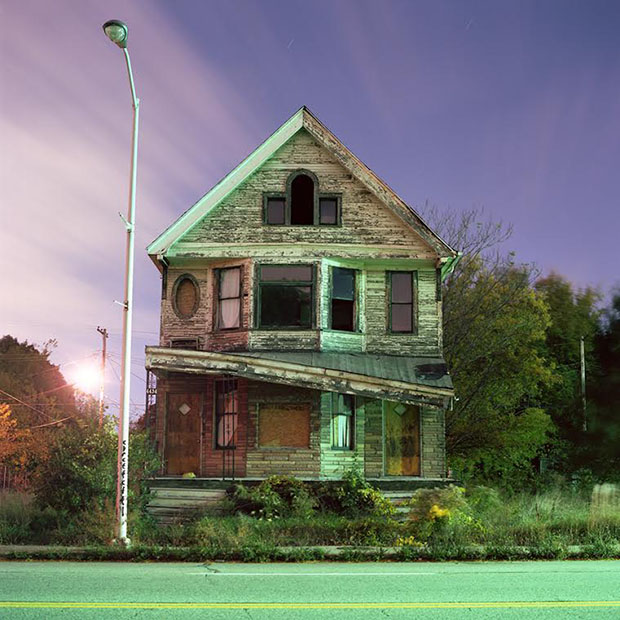 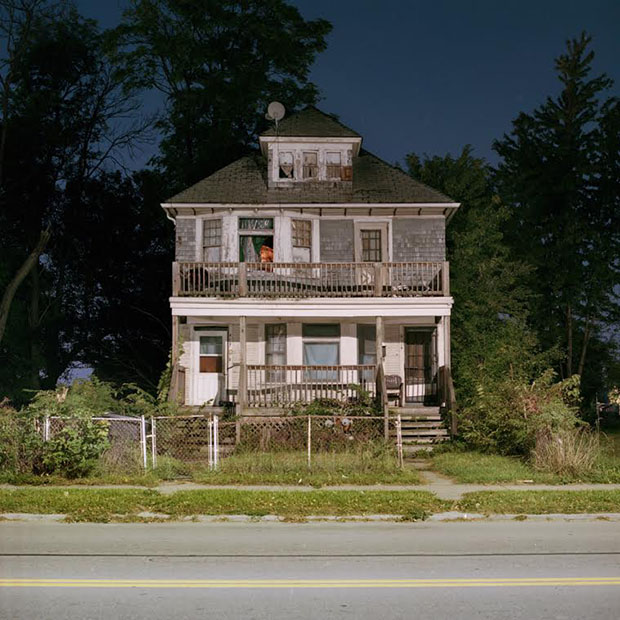 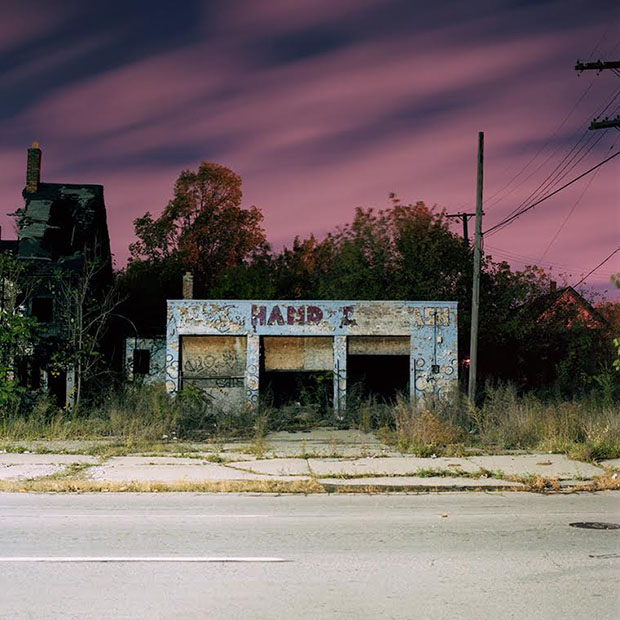 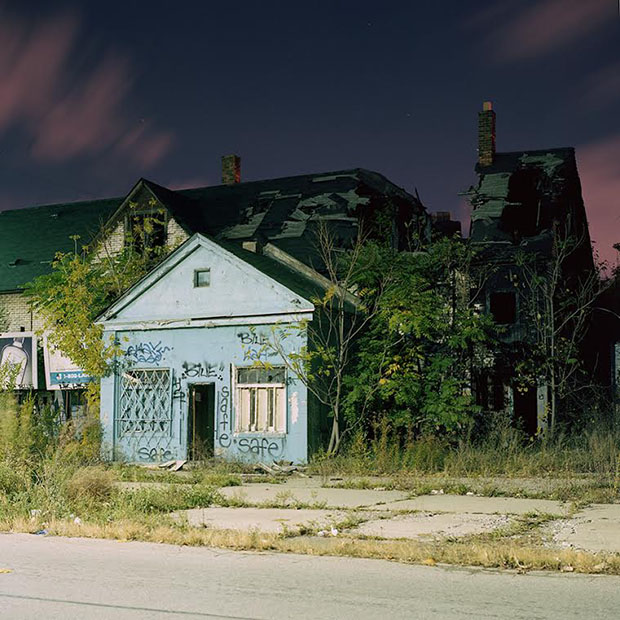 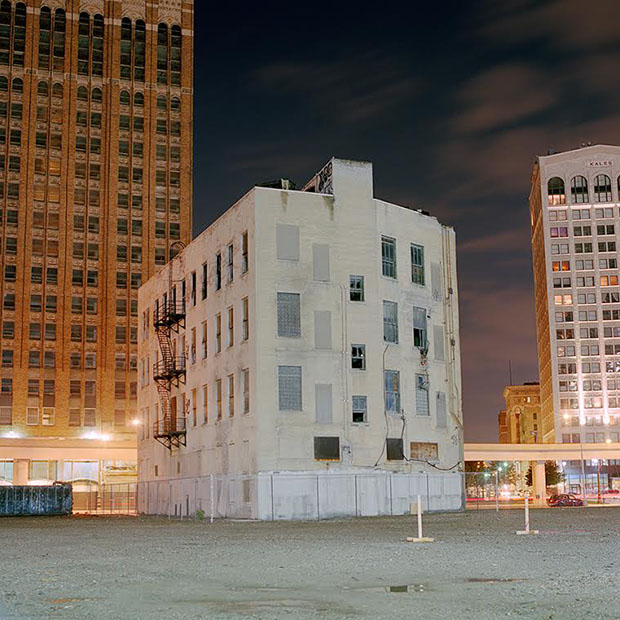 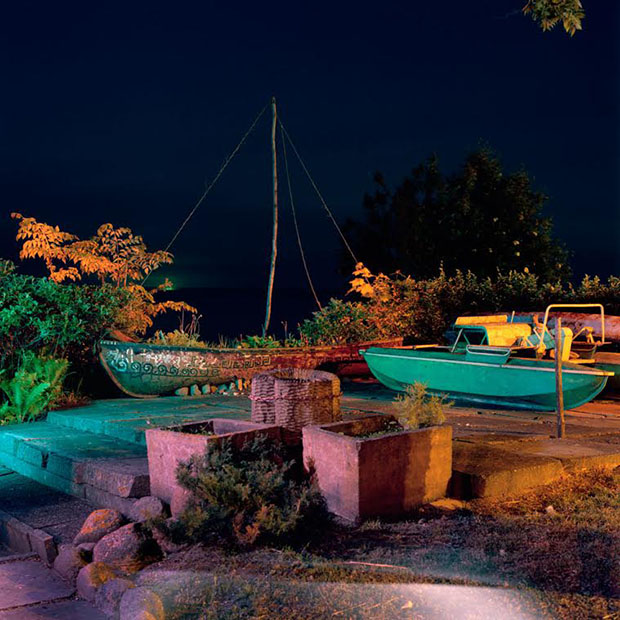 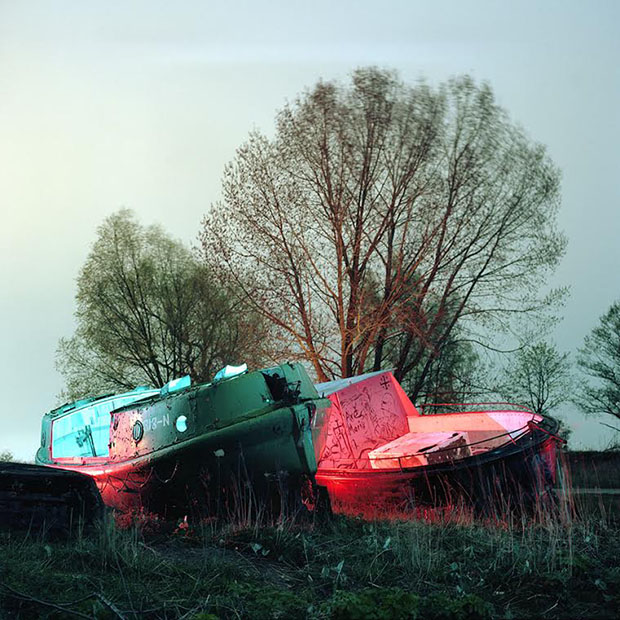 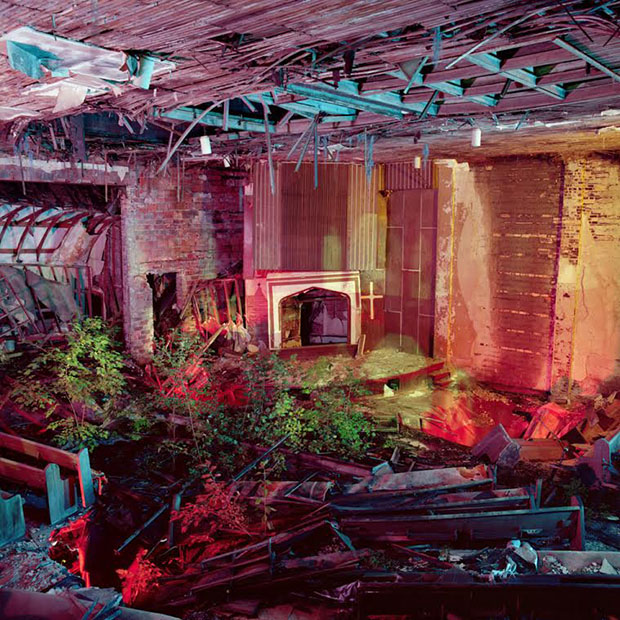 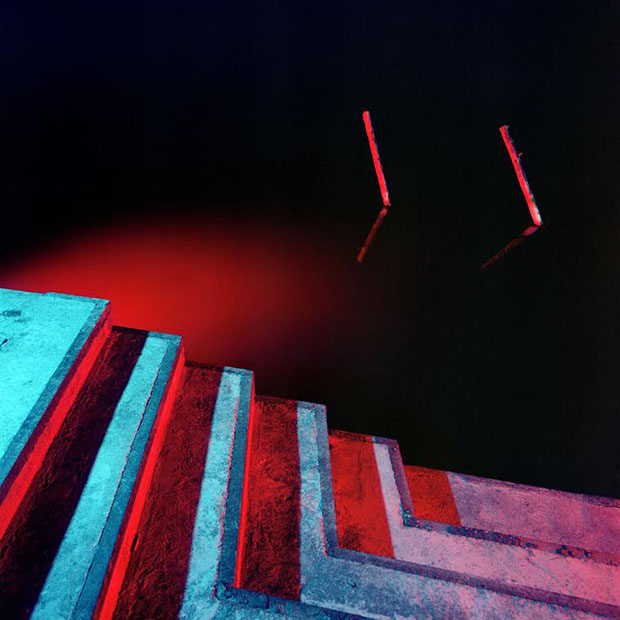