The Desire to be Perfect in a Russian Ballet Academy 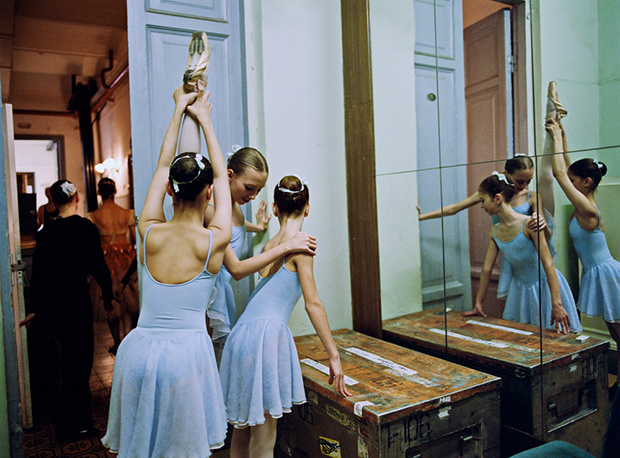 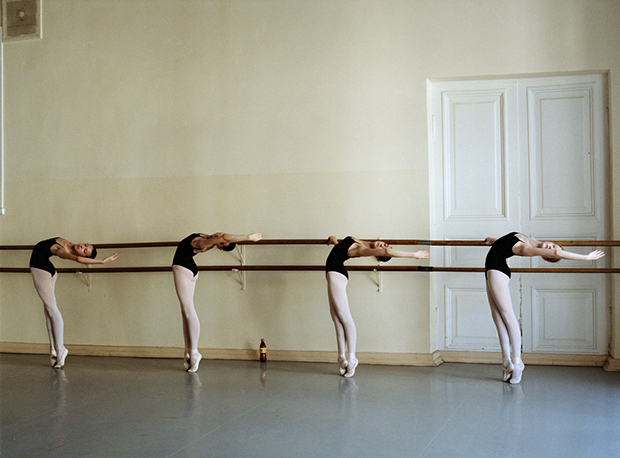 Raised in Israel and trained as a dancer from a young age, the now NYC-based photographer Rachel Papo, decided to revisit the experience of being a young ballet student. Re-immersing herself within the environment, Papo came across scenes that resonated with her own experiences as a dancer, capturing a world she’d consciously drifted away from. Through sheer persistence, she was granted rare access into a Russian ballet institution and emerged with a body of work shot mainly using medium-format, which demonstrates a well-trained eye for composition and colour, and explores the pressures and challenges faced both physically and psychologically by these young dancers.

What motivated you to start this series?
“I started taking ballet classes when I was five years old, in a small school in Israel that was run by two Russian teachers. At first it was fun but as I got older it became more intense, with classes every day and increasing demands and expectations. I was never one of the top dancers and at some point when I was a teenager, nine years after starting, I gave up and decided to quit. In the years that followed I used to feel an occasional tinge of regret, but I never went back to dancing. I decided to re-visit the experience of being a young ballet student and explore photographically the emotional pressure that young dancers might face every day.”

Where are the photographs taken, and how long did you spend on this project altogether?
“I did extensive research for about six months before I decided to visit the Vaganova Ballet Academy in St. Petersburg, Russia—an institution where the old traditional teaching methods are still practiced. As I was taught by Russian teachers in my childhood, I felt this particular school would evoke a nostalgic memory, which in turn will strengthen my connection to my subjects. I was so determined to go there, that I bought my plane ticket before I got permission to enter the school. My first request letter was rejected by the headmaster, and it was only after I persisted and sent another, that I was invited. Out of 100 requests that year, only two people were granted access to the academy, and I was one of them. I spent five weeks in Russia, photographing every aspect of the school, including classes, auditions, an international conference, the institution’s architecture, and, of course its individual students. I was also invited to photograph backstage at the historic Mariinsky Theatre, where the dancers had their end-of-year performance.” 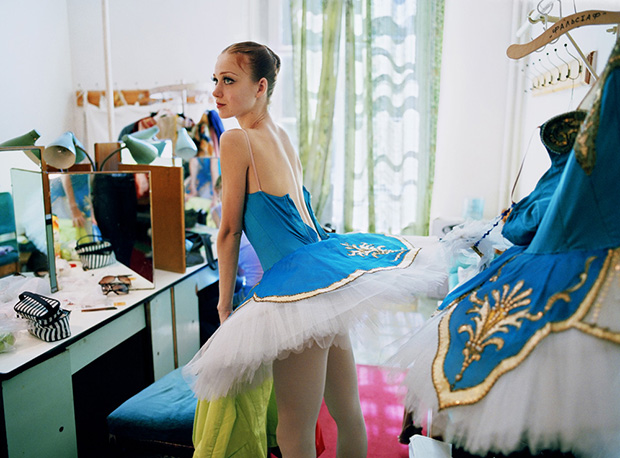 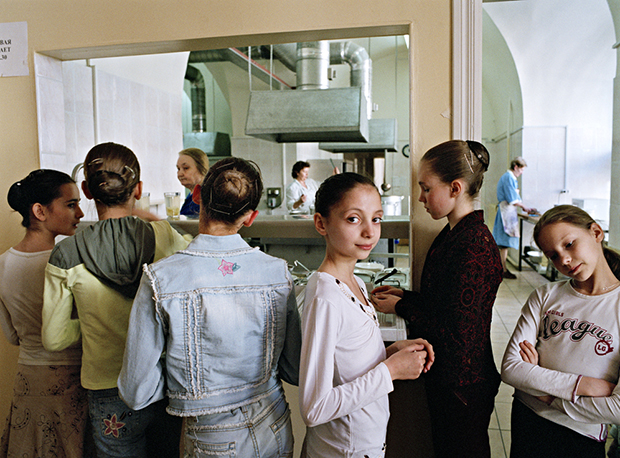 In your statement, you focus on a 15-year-old dancer called Katya. Why did she stand out particularly for you, would you say that you saw something of yourself as a young dancer in her?
“It was the week of a big international conference in the academy, in which dance professionals from around the world, were allowed to visit and get a glimpse of the young students during several of their daily ballet lessons. I was about to photograph a demonstration for Katya’s class and right before it started, she was ordered by the teacher to leave the room. After that incident, I walked down the halls and found Katya alone in one of the studios, stretching. I gestured to her, asking if I can photograph her and she nodded. She seemed frustrated and in pain, like she was about to cry. I later found out that she had a shoulder injury, which the teacher worried would impair her performance in front of the audience. It immediately brought me back to my childhood as a dancer, where frequently I would watch as my friends were praised or selected over me for various parts, while I stayed behind.”

Lastly, what do you hope to show in these photographs? What is the definition of perfect that these young dancers are striving for?
“My idea was to capture the spirit of my subjects whose childhood is shaped by this experience. Dedicating all their time from age ten to eighteen, twelve hours a day, six days a week, the young dancers I photographed could never be satisfied with their level of accomplishment. As hard as they worked, they believed they could always get better, and the inevitable competition between them enhanced the sense of desperation in their desire to be perfect.” 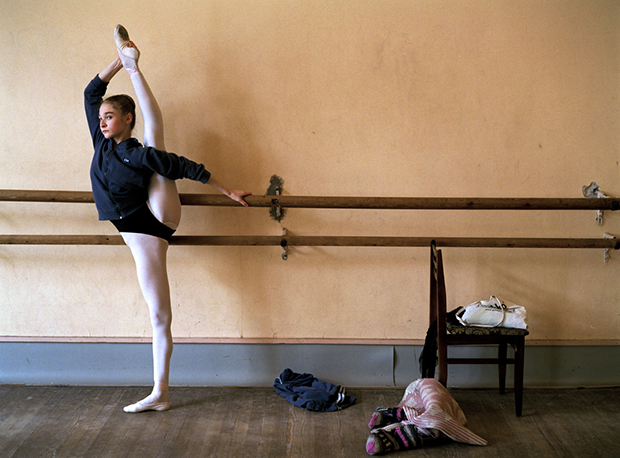 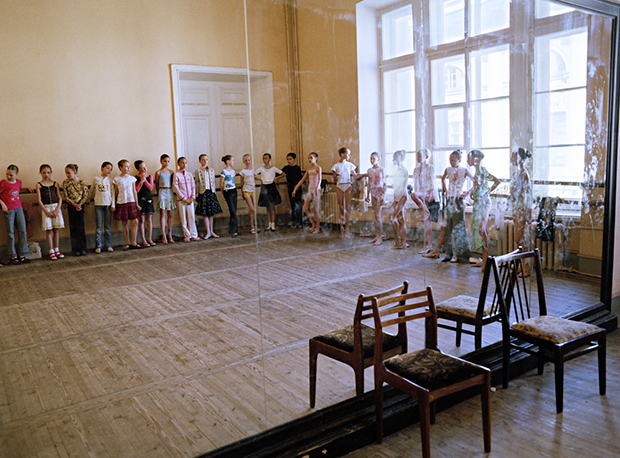 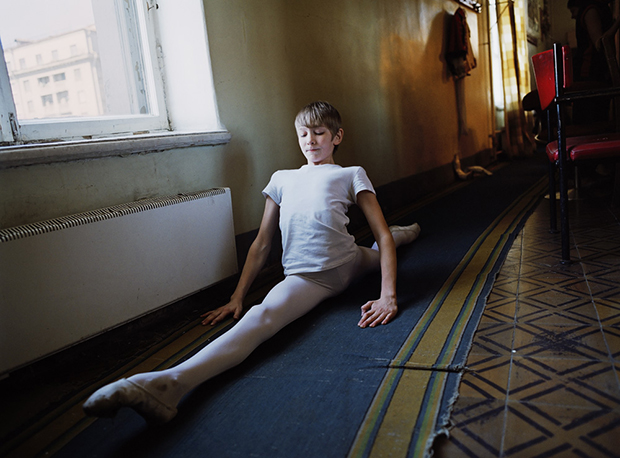 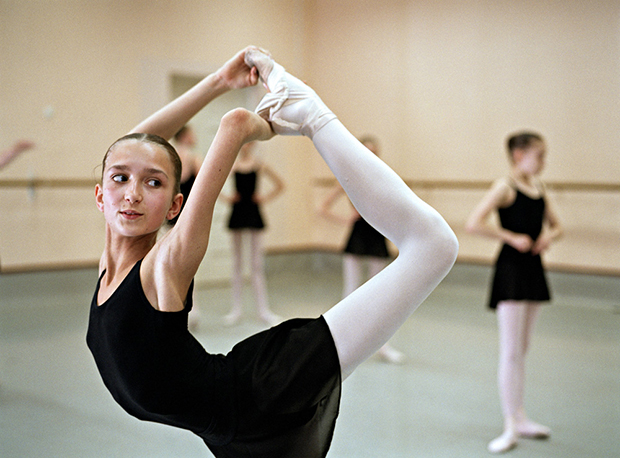 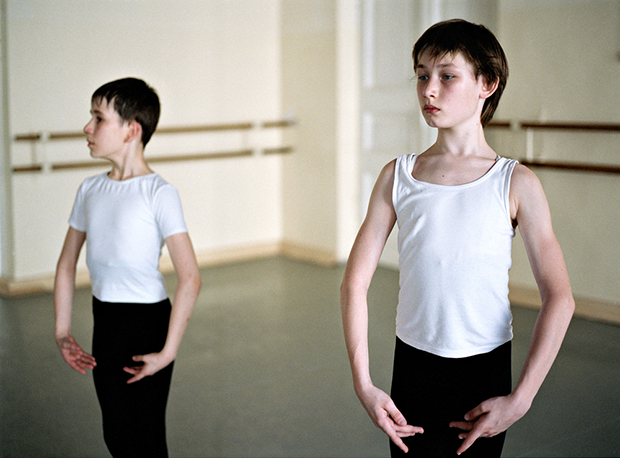 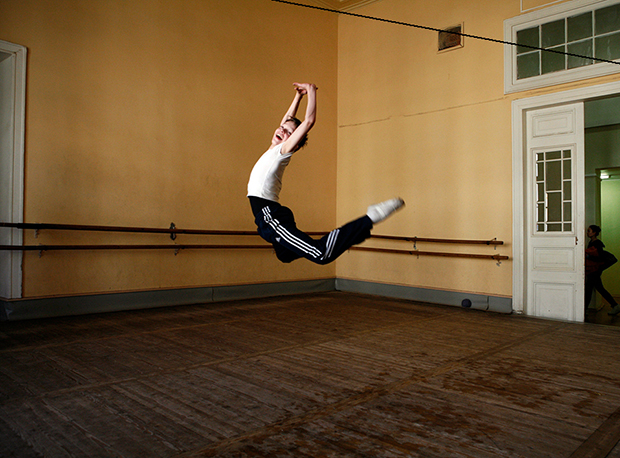 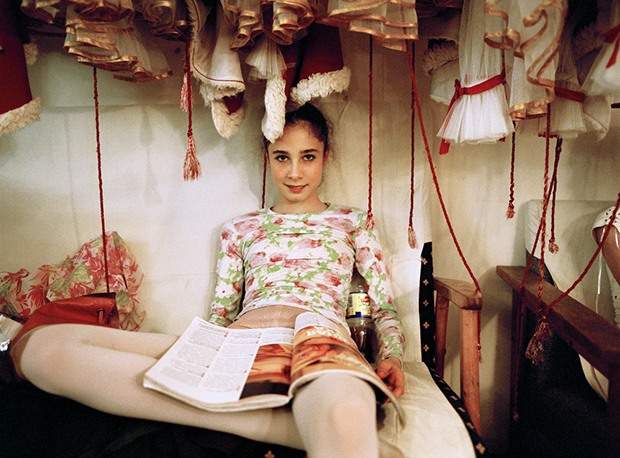 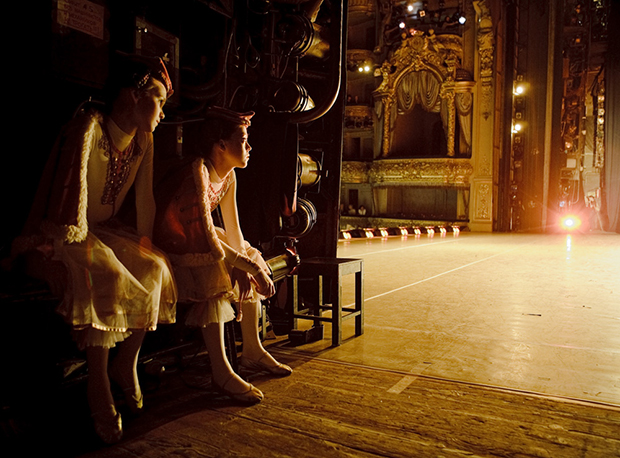 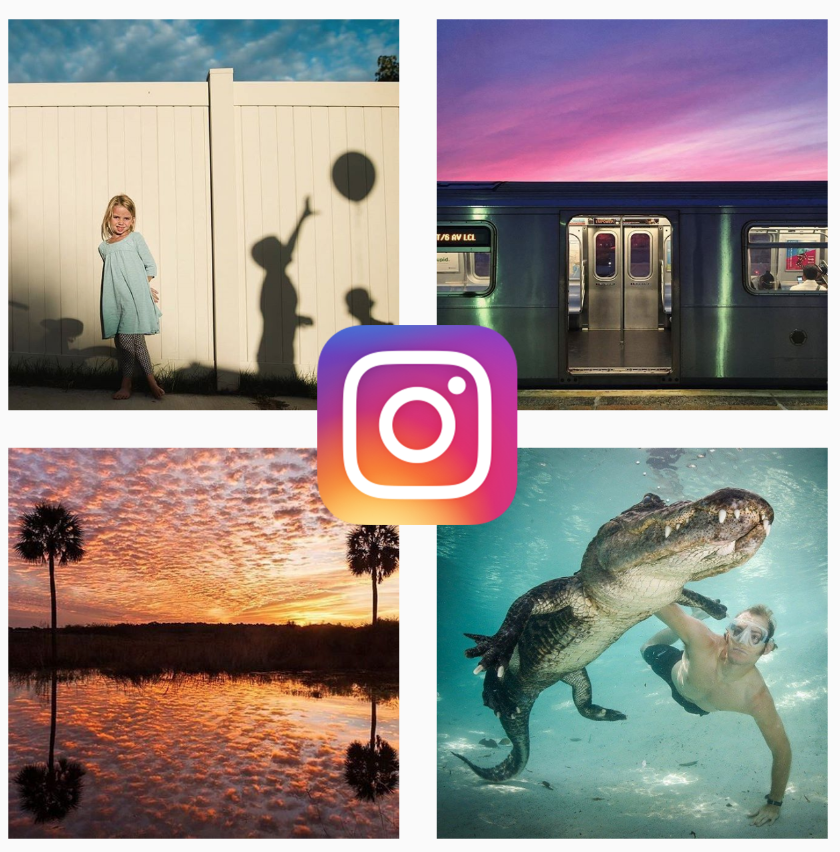