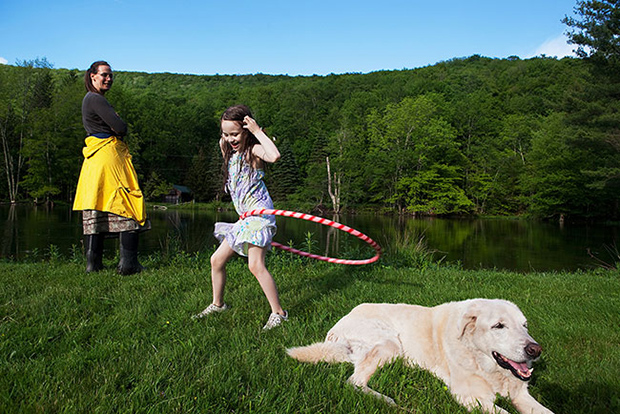 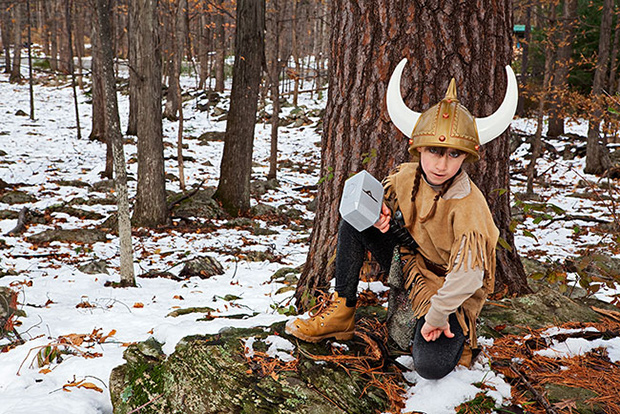 Berlin-based photographer Rachel Papo’s latest project focuses on the everyday lives of homeschooled children in the Catskills of Upstate New York. As homeschooling rises in popularity, Papo’s series seeks to document this emerging counterculture and to explore objectively what it means to grow up beyond the classroom walls. Being a mother herself and new to the idea of homeschooling, Papo was compelled to probe the subject deeper.

In her series entitled Homeschooled, Papo’s unobtrusive photographic style lures the viewer into the children’s ethereal, dreamlike worlds, and ultimately what shines through the finished project is the free, fragile spirit of childhood: kids skate on a frozen lake; a boy hurls a saucer of ice into the sky; a girl dressed as Thor squats underneath a tree, engulfed by firs and ivory blankets of snow. We see cosy domesticity and entire forests that seem to belong only to the kids. Yet while her images make it easy to see the appeal of this lifestyle, Papo makes it clear that she maintains a neutral standpoint throughout her approach to this controversial subject. 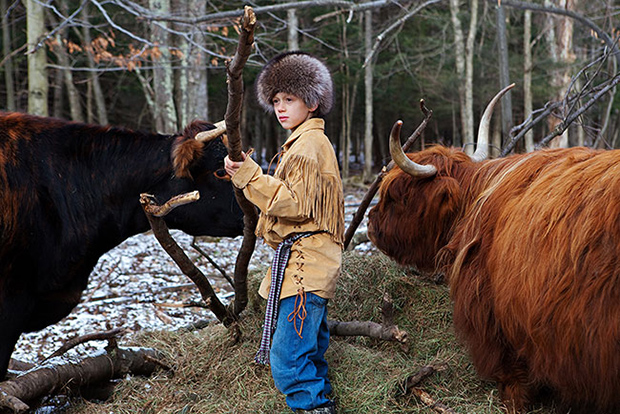 Firstly, what were your motivations and intentions behind this project?
“Before I moved to Woodstock, New York with my husband and 5-month-old daughter in 2010, I had never heard about homeschooling. So when I met a mother who introduced me to her 5-year-old daughter who is homeschooled, I was intrigued and decided to explore the topic photographically. The idea was to create a series of portraits of a variety of homeschooled children in the area and discover a possible commonality between them. However, as I met more children and families, two things became very clear to me which directed the evolution of the project: The children were all so different than one another in so many ways that a common thread was impossible to detect, and—after photographing one child, I just wanted to spend more and more time with them.” 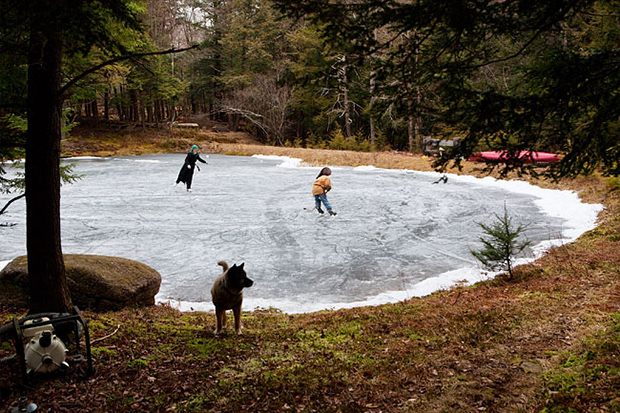 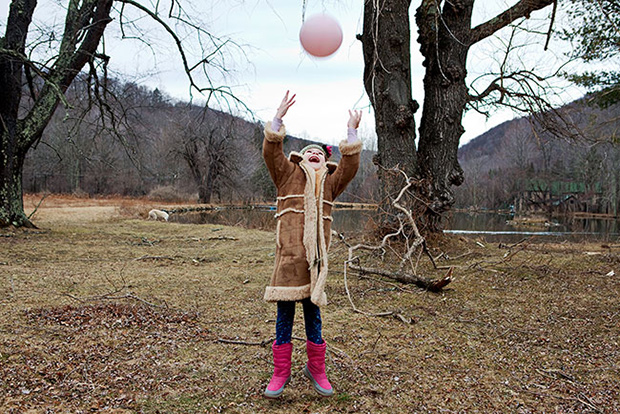 What are your own thoughts on homeschooling? Do you feel that this project altered your perceptions or attitudes towards it?
“I approached this project thinking homeschooling was a strange phenomenon, and I was excited to investigate this new way of life photographically. Only after doing some research did I discover the “movement” aspect of the practice and the great controversy it evoked. After photographing these children for two years, I still didn’t have a concrete opinion about the topic. I guess this is the essence of my project, and, in a way, of my previous projects, particularly the one about Israeli female soldiers — though the subject matter I am documenting is controversial, my images tend to stay neutral, telling a story of the individuals who are at the center of the argument. I am hoping to make people realize that, putting their stereotypes and judgements aside, children are children, no matter where it is in the world.” 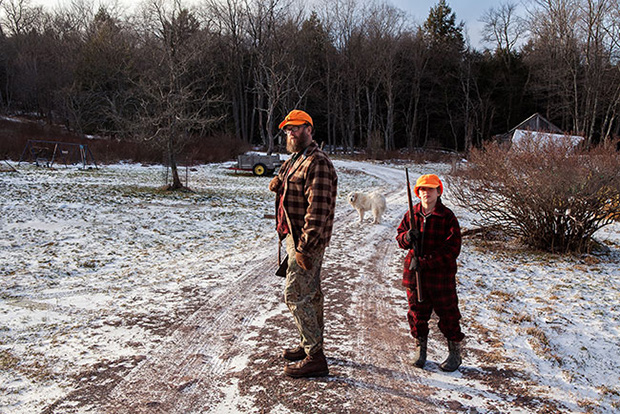 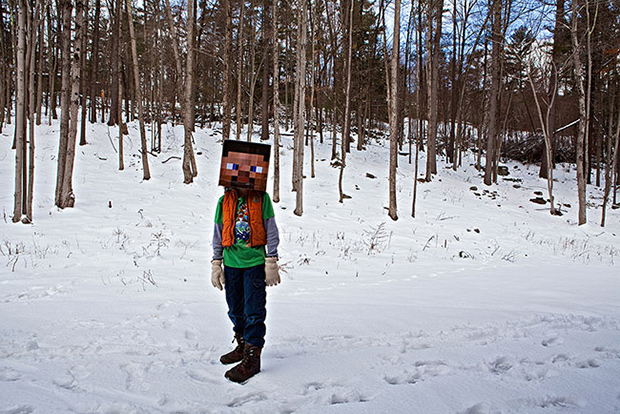 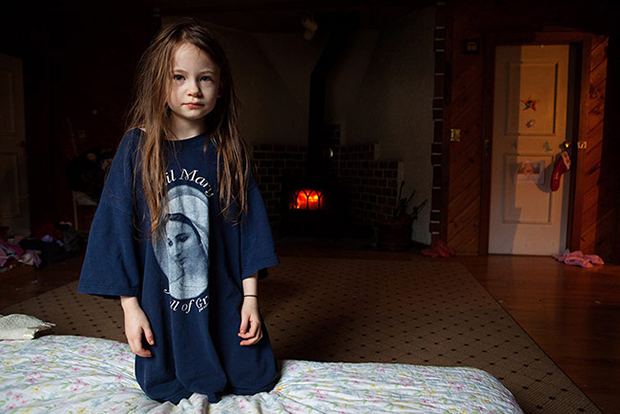 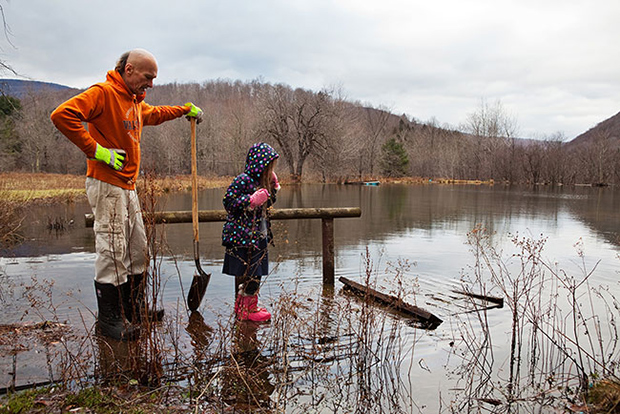 Altogether you spent two years photographing these families. How did you get the families to agree to be photographed?
“I approached each family in a very straight-forward and respectful manner and showed them my previous photo projects. The parents I met were all very proud of the path they have chosen and were excited about it being documented. After they realized that my approach was neutral, and that I was not judging their choices, they let me into their lives. The fact that in my previous projects I was allowed access to Israeli army bases and to a restricted Russian ballet academy may have also contributed to their trust in me.” 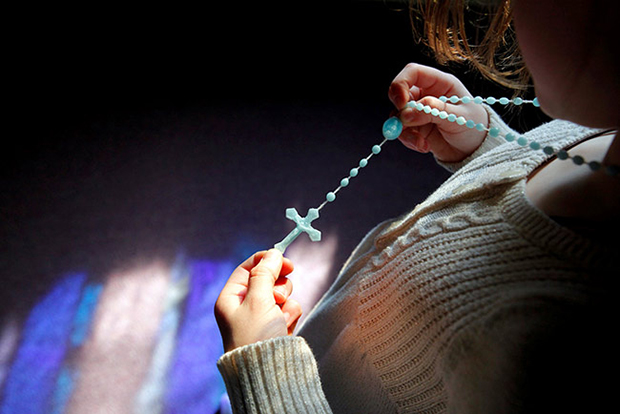 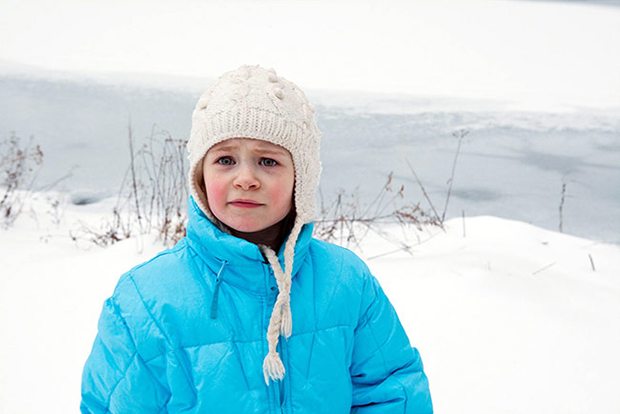 Your photographs have an almost magical, fairy-tale quality to them. What camera did you use, and what lighting effects were used – if any?
“I used a digital SLR camera (Canon 5D MarkII) and 100% natural light. I am always guided by light and colour, sometimes even more than by the subject matter. With this project, since I was in direct contact with the families, I had more freedom than in the past in choosing the suitable atmosphere for the shoot. If I was shooting outdoors, I hoped for a cloudy day, even in the summer. I would then spend a few hours with my subjects, sometimes a whole day (and sometimes two days, as in the summer photos of Iris and Roan), in order to have as much control as possible in selecting the ideal hour, weather and setting. I don’t usually plan what I want my photos to look like, yet somehow, even if I try to create something new, my photos all end up having a similar aesthetic atmosphere. I guess you can call it my photographic style… I feel that in my editing process I end up pulling out those images that evoke a strong and familiar emotion in me. If you look at my soldiers, my dancers and my homeschooled images, it is not difficult to conclude that they were all shot by the same person.” 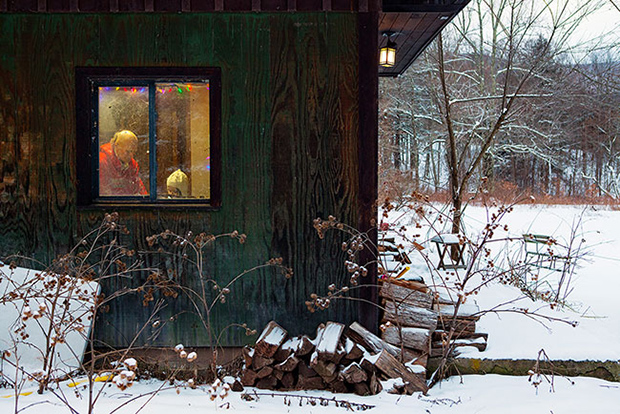 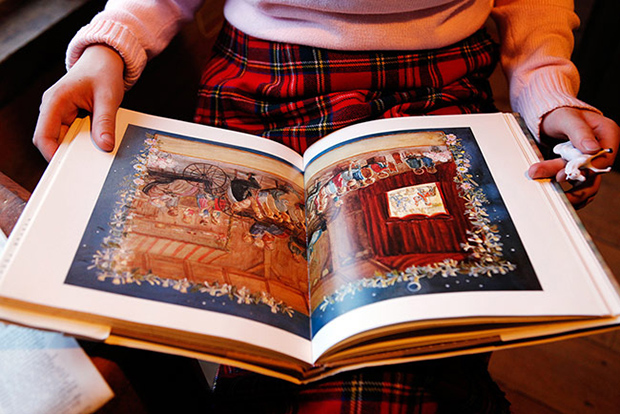 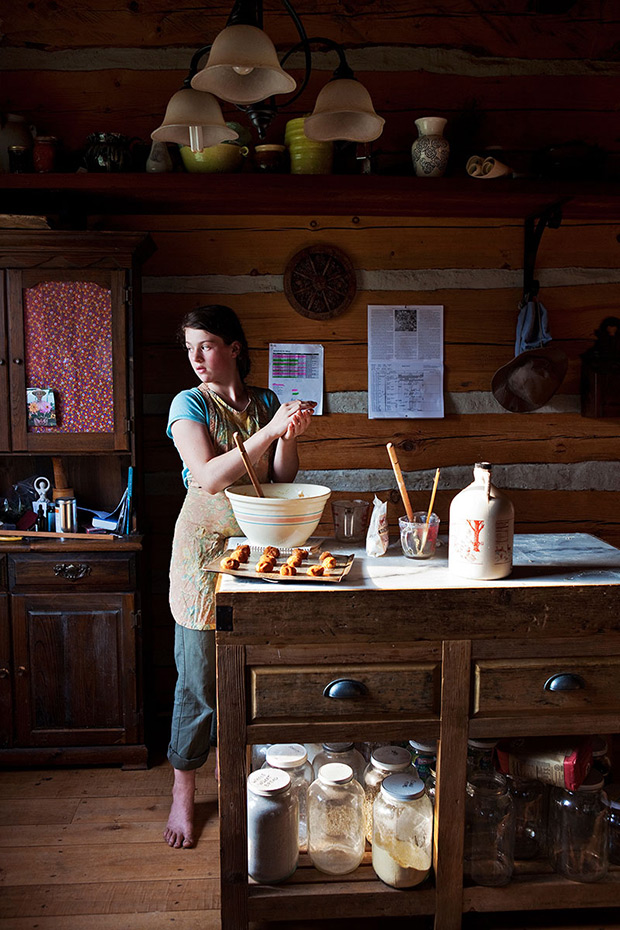 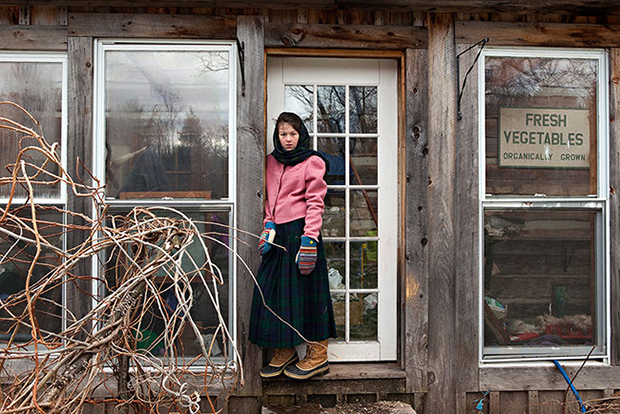 Lastly, what is your favourite photograph from this project and why?
“My favourite photograph has always been ‘Snickerdoodle Cookies, 2012’ (one of the only vertical photos in the series, of Iris preparing cookies and looking away). I think it’s my favourite mainly for aesthetic reasons. My undergraduate degree was in painting and that has had a great influence on my compositions and colour sensitivity. Together with my other major artistic influence, film, this image seems to reference both.”** 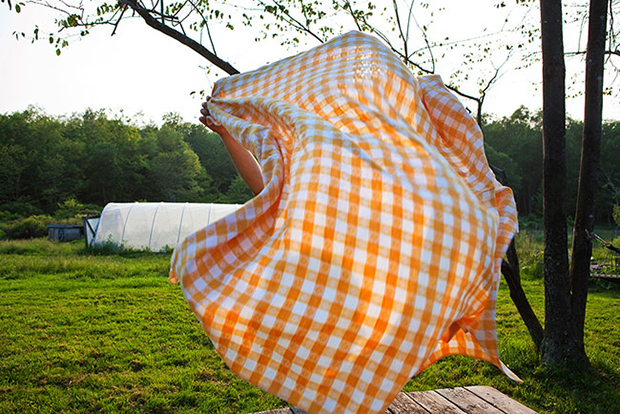 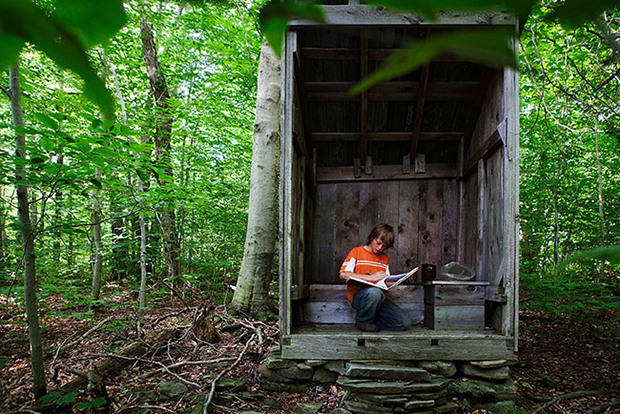 Roan With The Outhouse Guestbook, 2012

Click here to support Papo’s photobook Homeschooled via her Kickstarter campaign, which if successful will go into print in spring 2016. The book will feature 70 colour photographs alongside quotes from parents on why they’ve chosen this route. Keep watch on Papo’s Instagram for limited-time print offers. **For every standard book order ($50 or more on Kickstarter), you will receive a 5 x 7 inch print of Snickerdoodle Cookies 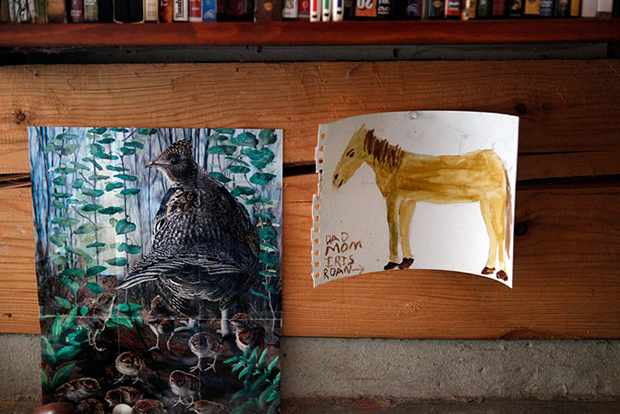 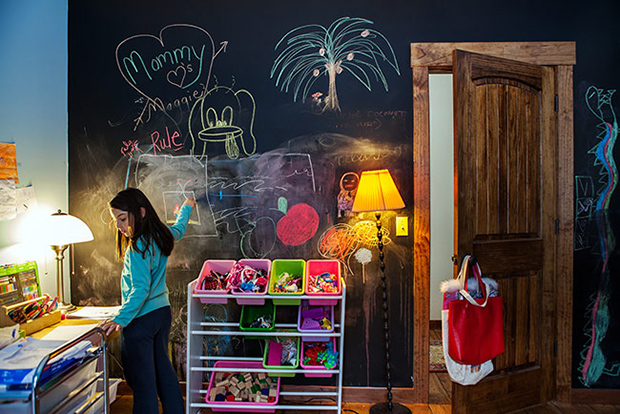 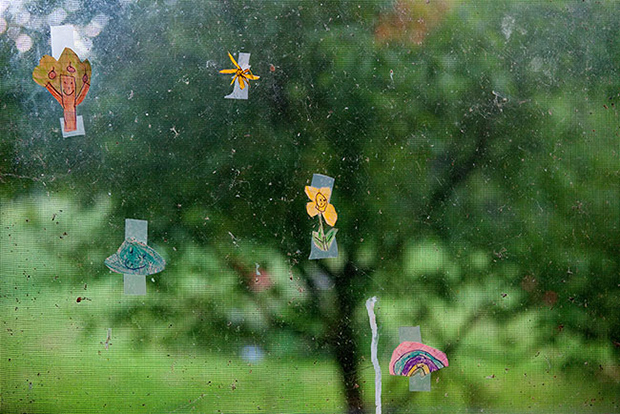 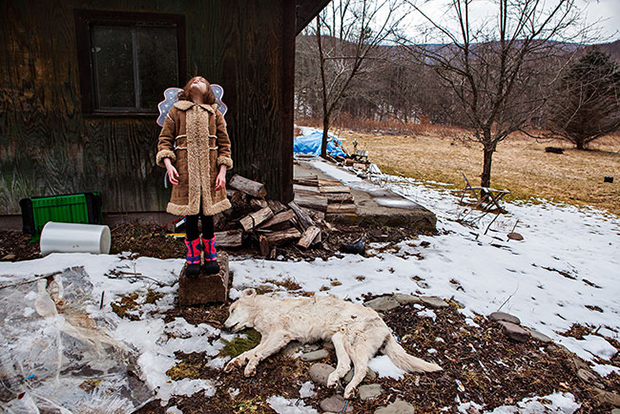