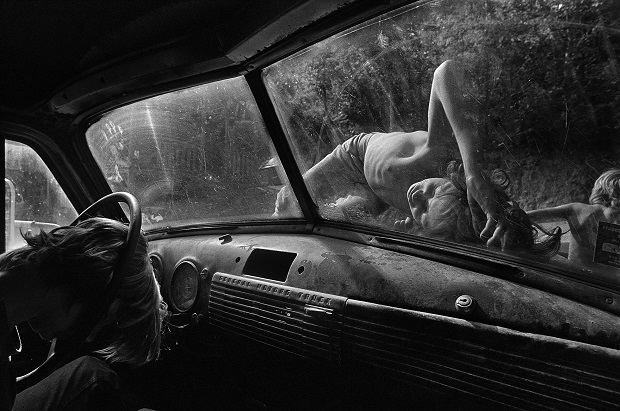 As one person’s history unfolded, I was often directed towards others. When I was with embattled farmers in South Dakota, I was moved to think of the migrant laborers who also worked the land, yet have no title to it. The family I visited in the Tennessee Mountains was barely hanging onto their ancestral homeland. How must it be, then, for people newly arrived in this country that must adapt to a new language, different customs, to an inhospitable economy? In the Arkansas Delta, the grandchildren of the aging and weary sharecroppers I photographed could barely wait to get away from home, to Chicago or New York, which held more promise for them… – Eugene Richards

It’s been almost thirty years since the publication of Eugene Richards’ landmark book Below the Line. First published in 1987, the volume received an onslaught of mixed reactions. Although many were impressed by his work, his eye for honesty was criticized for portraying a too-negative view of the country, one that lacked hope. But Richards countered the critics in saying these stories were, in fact, portraits of courage.

The book itself consisted of 14 photographic and textual essays that Richards compiled over a period of seven months while he travelled across America, documenting life below the poverty line in eleven states from Massachusetts to Wyoming. Taped interviews recorded first-hand accounts and supported the photos. In the images Richards’ compassion is visible as he is able to get close enough to capture candid situations, where the photographer himself has become momentarily a part of these communities, associating himself with his subjects, eye-to-eye. Not looking in from a distance. Witness to the homecoming tears of a man just out of prison, Richards gets so close we are made to feel the raw emotion in his eyes, see the tears running down his weary face as he embraces a former girlfriend. In the image Still House Hollow we become a passenger in the beat-up car on a hot summer’s day in Tennessee. Across the hood lies a skinny boy and in the driver’s seat another boy buries his face in the steering wheel. They’re not posing for the camera – instead they seem altogether oblivious to the photographer’s presence, something that would only be possible if they had complete trust in Richards.

Coinciding with its fifth anniversary in October 2016, the Bronx Documentary Centre (BDC) will be presenting over two dozen images from Richards’s project, documenting the extent of poverty in mid-80s America. The BDC is located in the Melrose neighbourhood in the Bronx, which remains one of America’s poorest communities, located just four subway stops from one of the country’s wealthiest, the Upper East Side of Manhattan. In showing Richards’s powerful work, the BDC hopes that it will spark a dialogue between the local communities it serves and the world at large about actionable steps to fight poverty.

The exhibition will run until November 6 at the BDC. 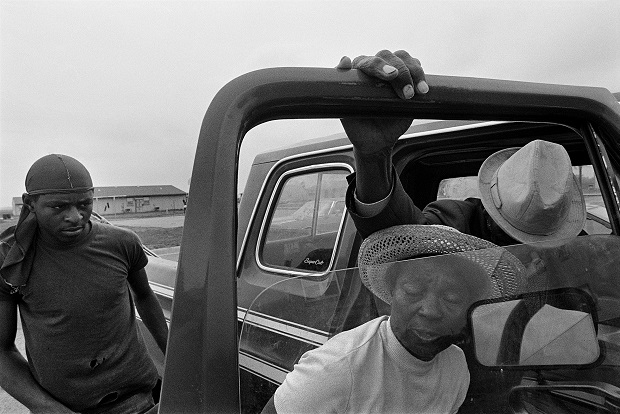 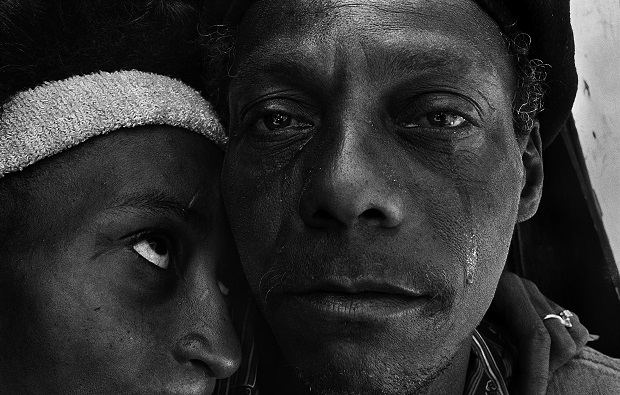