From Paris to New York: The Story of Eugène Atget & Berenice Abbott 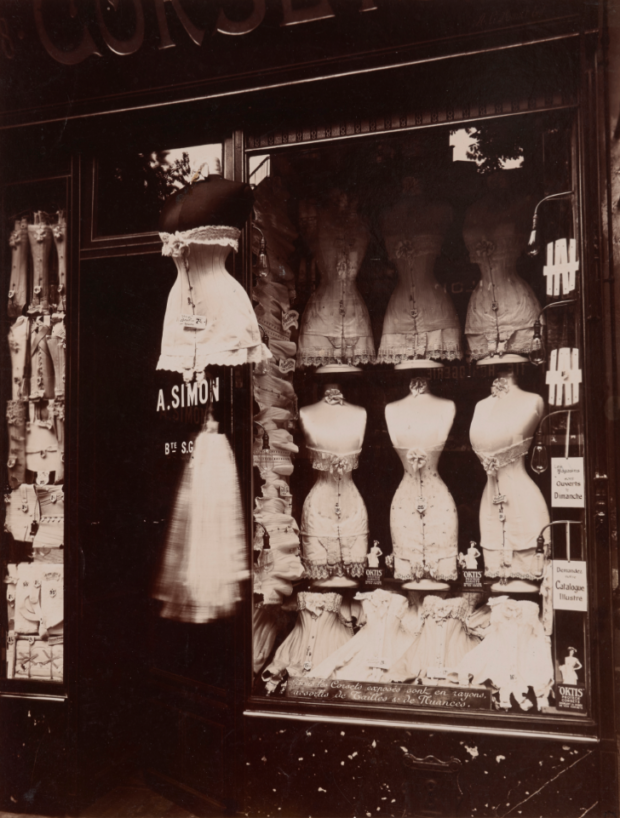 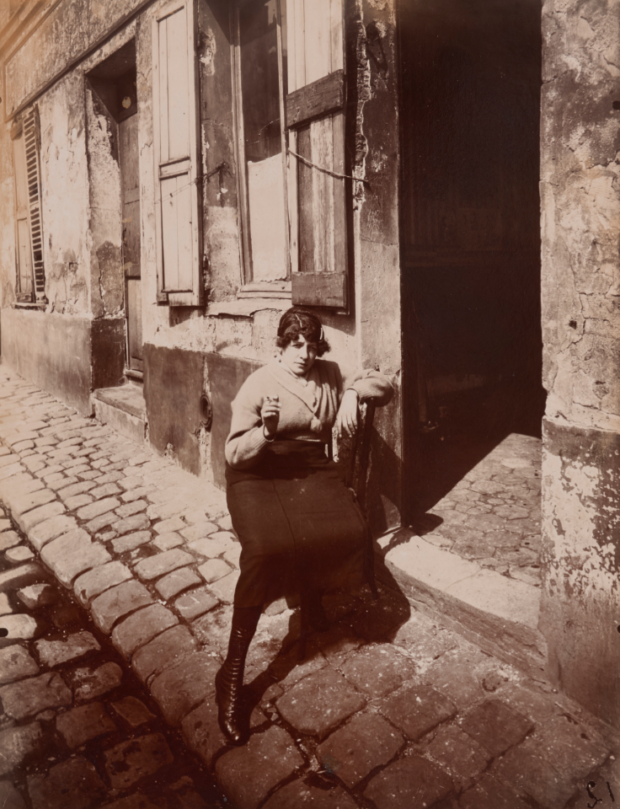 At a time when most photographers embraced the romantic tropes of photography, the luminous, ethereal mists that lent a painterly air to the scene, Eugène Atget (1857–1927) was decidedly modernist. He took to the streets and systematically documented the vernacular truths of his native Paris.

Faithfully recording the architecture, shop fronts, parks, and sculptural embellishments, he produced a body of work he regularly sold to artists, architects, stage designers, and libraries. His studio was just a few doors down from that of Man Ray, who had brought on an assistant, the American photographer Berenice Abbott (1898–1991), in 1923.

Abbott was energized by everything she saw, and when Atget died in 1927, she purchased half his archive. She described Atget as “an urbanist historian…a lover of Paris, a Balzac of the camera,” a perspective she understood — for when she returned to New York in 1929, she was determined, “to do for New York what Atget did for Paris.”

And indeed, she did — making a name for herself as New York’s foremost architecture and urban design photographer during the 1930s. Now, author Kevin Moore explores the dynamic that fueled Abbott’s vision in Old Paris and Changing New York: Photographs by Eugène Atget and Berenice Abbott (Yale University Press), and the accompanying exhibition recently on view Taft Museum of Art in Cincinnati, Ohio.

The book details how Abbott paid tribute to Atget during the 1930s and ‘40s by printing his negatives, and making his work known to a new generation. “Abbott had ambitions for Atget, perhaps in that moment even more than she had for herself,” Moore writes. “Despite her recent successes, she was but a fledgling photographer with a meager body of work that was, to be honest, founded largely on the celebrity of her subjects. But Atget was another story. His was a ripened oeuvre, a lifetime of work, and it was recently orphaned, with no one to promote it. Moreover, there had been fresh interest in Atget from the artistic avant-garde, something even Atget himself had noticed.”

As a child of the American century, Abbott had a natural ambition that Atget lacked, and she began promoting her acquisition in the press, with the promise of a coming book and exhibition, which she had not actually secured yet. Her vision impressed no less than Janet Flanner, who penned the “Paris Letter” for The New Yorker, and introduced him to the general public in 1929 — and Abbott joyously went along for the ride.

Atget, photographe de Paris (Atget, photographer of Paris), Atget’s first monograph, was published in 1930 in conjunction with his first U.S. exhibition, which included both Atget’s vintage and Abbott’s new prints. At a time when few photographers were publishing monographs, the book was remarkable for featuring 96 plates, including Abbott’s portrait of Atget on the title page.

At the same time, Abbott was in the planning stages for what would become her magnum opus on New York. The project took off in 1935, when Abbott received funding from the Federal Art Project, a division of the WPA. “It is odd to think of Abbott’s New York project as part of the FAP, a sister to the FSA, or Farm Security Administration, which sent Lange and others to rural America to photograph migrant farmers,” Moore writes.

“Abbott’s project was the urban version of the Great Depression, showing the occasional unemployed man on the Bowery, the closest she ever came, say, to Lange’s Migrant Mother of 1936…[but] were not sights specific to the Depression. New York’s immigrants and unemployed had been a reality of the overcrowded city since the late nineteenth century…. She admitted once or twice that she was distressed by poverty, that she found it difficult to “stick a camera in the face of someone burdened with such poverty.”

Instead, Abbott opted to photograph the landscape, such as it was: the streets, buildings, and bridges that make up the very fabric of New York. “I may feel that the skyscrapers are beautiful and majestic. Or I may feel that they are ugly, inhuman, illogical, ridiculous, pathological growths which have no place in the planned city,” she wrote in Abbott’s guide to Better Photography (1941).

“Whatever I think and feel about skyscrapers, I say through understanding and application of composition. Vertical lines may seem to topple toward each other, or to fall apart, ready to collapse; they do not create a balanced whole. On the other hand, the photograph may represent the skyscraper in such a way that the verticals sway in a majestic and graceful rhythm expressing unity and order. Even more complex is the problem if the photographer sees the skyscrapers as both beautiful and ugly and seeks to create such a duality in the photograph by posing tendencies against each other in dynamic composition.”

In essence, Abbott understood the visual rhythms of New York and the ways in which the vertical and horizontal spheres of life constantly intersect. She recognized the city in revolution a decade before the post-War boom took hold, and by 1937, unveiled Changing New York at the Museum of the City of New York — and photography would never be the same again.

“Abbott and Atget were pioneers of originality, pursuing their interests in their own way,” Moore writes. “If they were mightily ambitious in the goals they set for themselves, they remained humble in their expectations for the results. In the end, each simply asked of posterity to remember their worlds, to remember Old Paris and changing New York, and to remember these places accurately—or, to remember them precisely as they had seen them.” 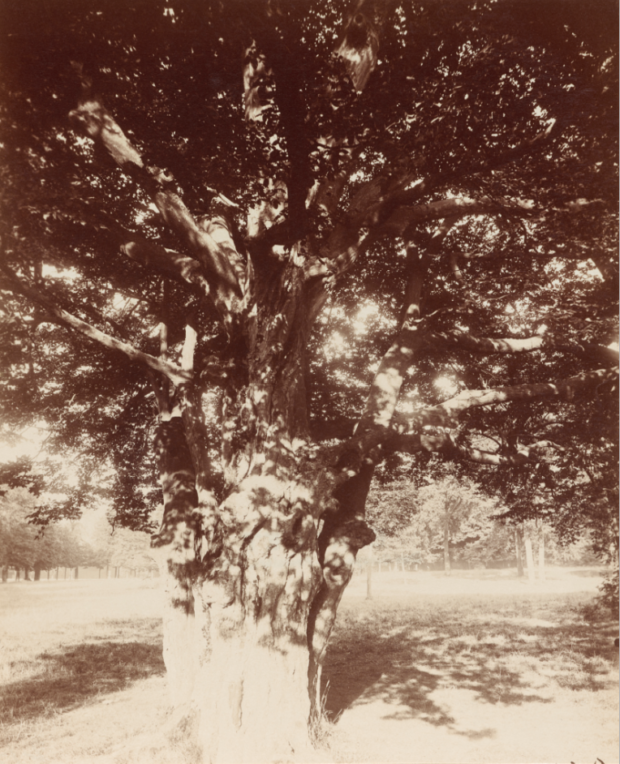 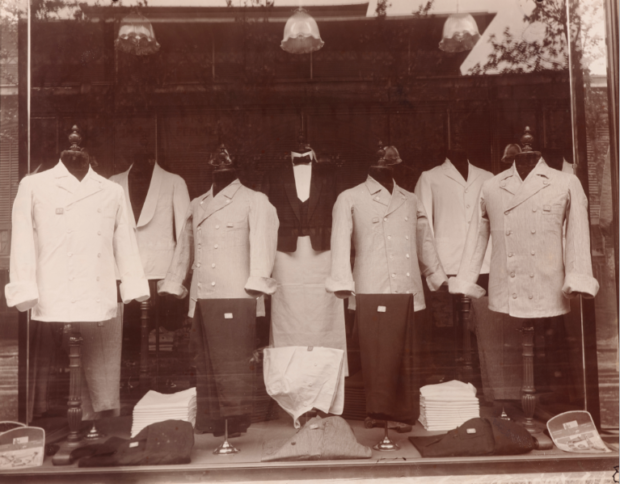 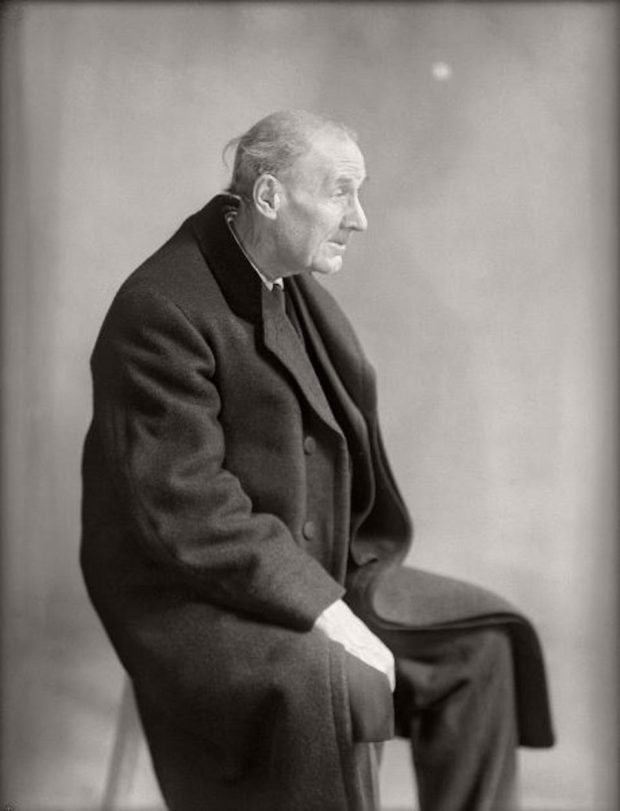