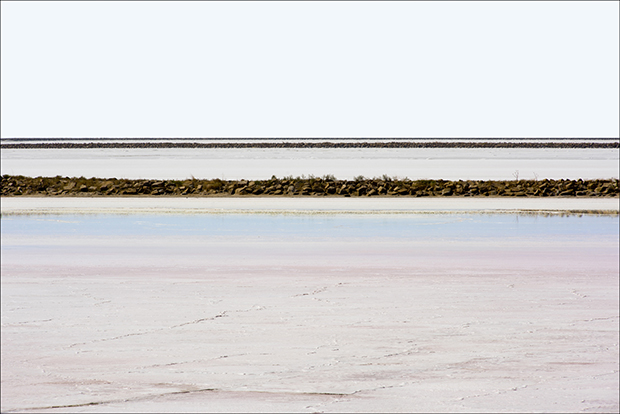 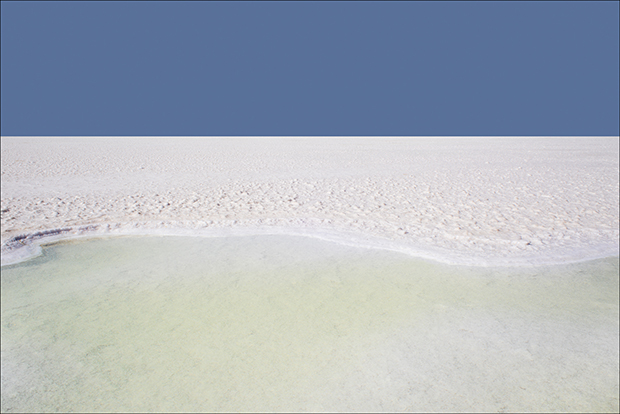 The Salt Lake, known as Tuz Gölü in Turkish, haunted Peter Edel for two years after his first visit to the Central Anatolia Region until at long last he was able to return to make the pictures that previously existed only inside his head.

Edel is a journalist with a focus on politics in Turkey, but with his camera, he’s able to record what cannot be put in writing. During his exploration of Tuz Gölü, he kept returning to the paintings of abstract expressionist Barnett Newman, who played a role in planting the seeds that later became minimalism.

In the 1940s, Newman defined “the artist” as someone who “tried to wrest truth from the void.” The salt lake, in Edel’s eyes, is able to become that void, at least the extent that a terrestrial body can come to represent a eternal and preternatural idea.

Tuz Gölü takes many shapes, depending on when you visit. Around July, when the water begins to evaporate, the algae population dyes it crimson, a phenomenon CNET and The Huffington Post likened to “some biblical plague” and “a sign of the apocalypse” respectively. By August, the water has vanished, and a thick layer of salt—up to nearly a foot wide— is all that remains.

Edel’s photographs don’t capture the lake at its most sanguine—they’re far too subtle for that—but they do provide a gateway from our world into a more enchanted, deeply foreboding realm.

While “minimalism” has come to mean “simplicity” for some, Edel’s Tuz Gölü is glittering with secrets untold. He’s not subtracting elements; he’s allowing them to emerge from nothingness. As Newman put it, “It can be said that the artist like a true creator is delving into chaos.”

Peter Edel’s Tuz Gölü will be exhibited at Blok Art Space in Istanbul this coming March alongside the work of Arjen Zwart. The show is supported by the Dutch embassy in Turkey. 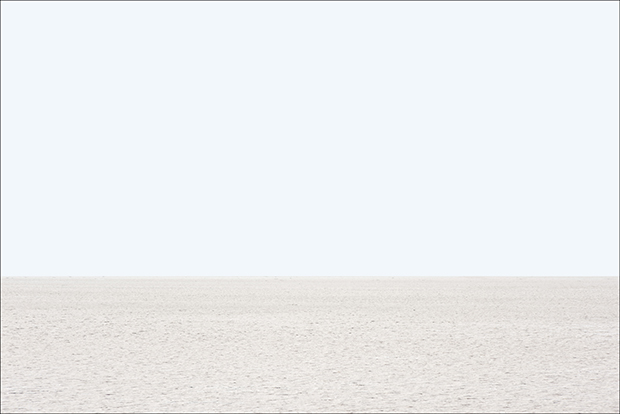 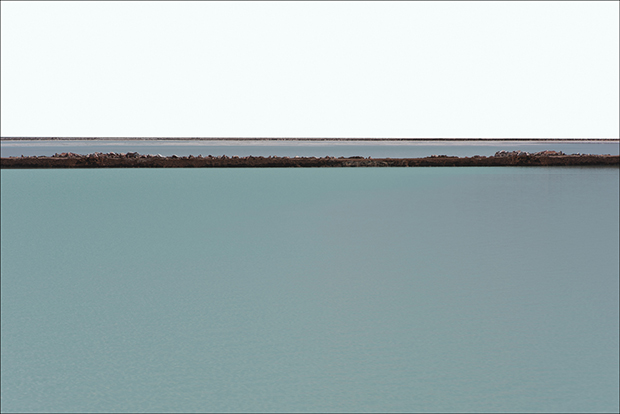 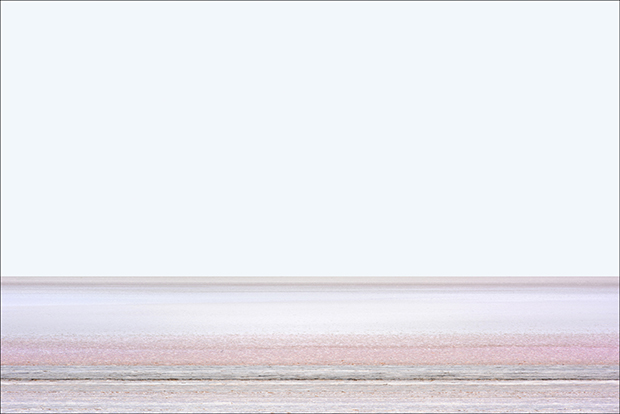 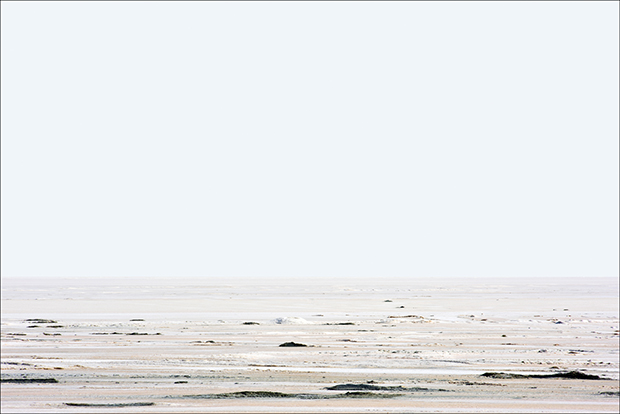 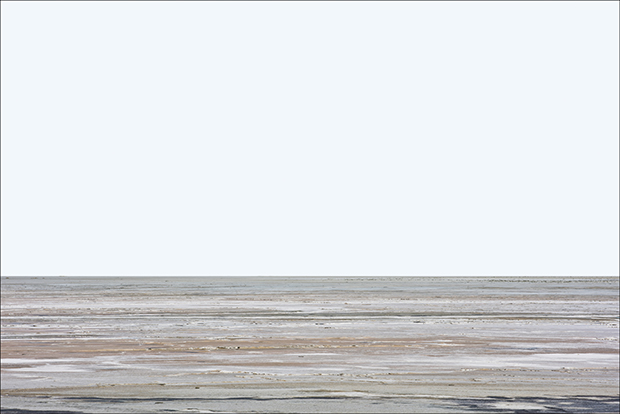 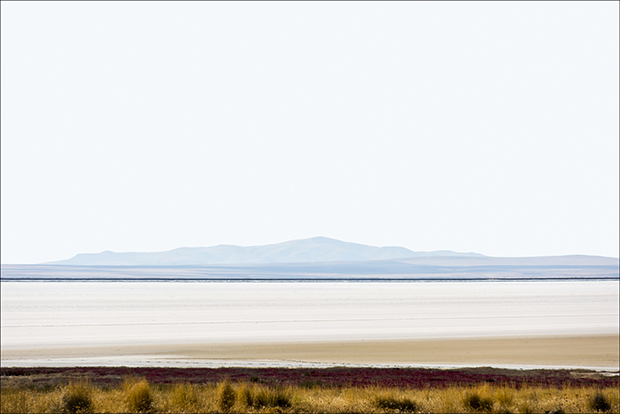 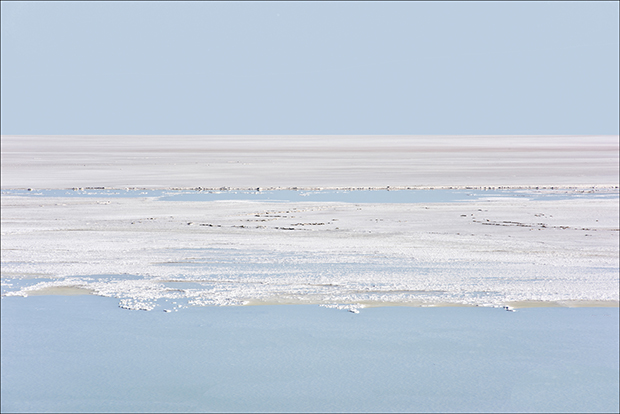 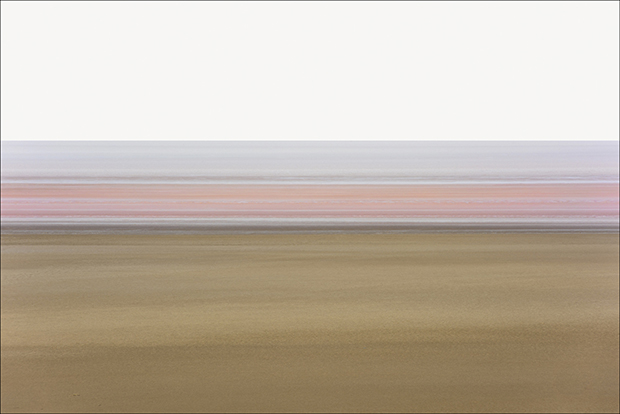 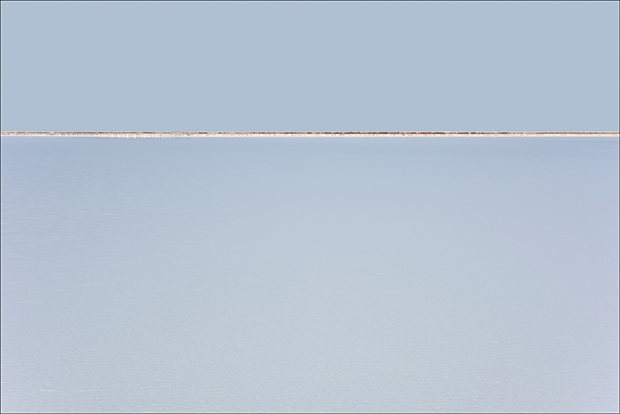 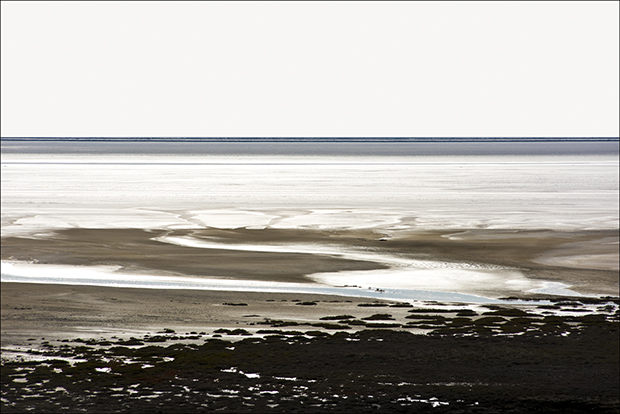 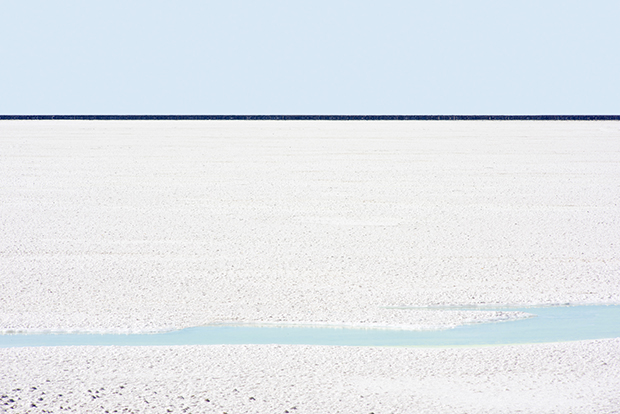 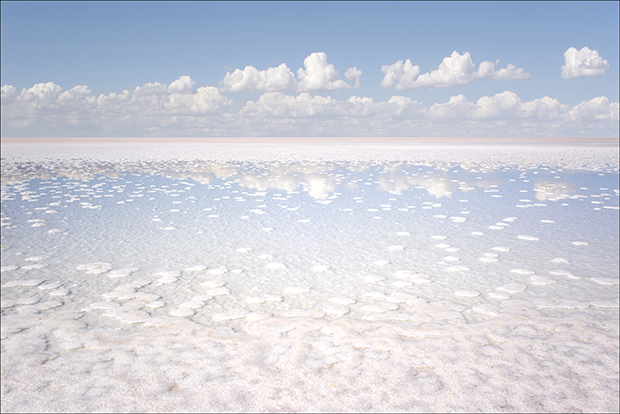