Photos Examine the Obsession for White Skin in Vietnam 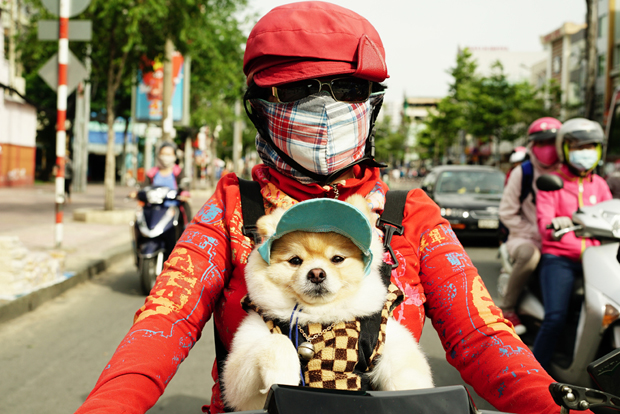 At the red lights of Ho Chi Minh City’s intersections, Italian photographer Monia Lippi leaps ahead of the storm of sweating motorcyclists and scooter drivers who come to a momentary stop before the lights switch. She has 120 seconds to capture as many portraits as she can. Then she makes a dash for the sidewalk to avoid being crushed by the traffic as it surges forward.

In her White Skin series, Lippi examines the obsession with whiteness in Vietnam, focusing specifically on the ‘cover-up style’ of these scooter drivers who go to great lengths to shield their skin from the sun’s rays.

“Dark skin…. No good!” was a recurrent warning on Lippi’s travels throughout Vietnam, and it was only after she went to buy deodorant that she realized just how deeply the aspiration for white skin was embedded in modern Vietnamese culture. On the shelves, the word ‘whitening’ seemed to float from every cosmetic object in sight and Lippi found it impossible to find anything that didn’t contain whitening agents. This was difficult for Lippi to comprehend as the desire for pale skin contrasted sharply with her own culture and the love of tanned skin in Italy.

Walking through the infamous HCMC traffic, Lippi began to take in the interesting outfits of the drivers. “Woman and teenagers especially were incredibly colorful,” she describes, “they cover their entire bodies with all sorts of materials: masks, scarves, fashion sunglasses, long sleeves, gloves, tight trousers and nylon socks with flip flops.”

Her interest triggered a more in-depth research into the subject, and Lippi realized just how prominent this ‘cult of whiteness’ is not only in Vietnam, but the majority of South East Asian countries, with Japan heading the skin whitening market and Thailand beginning to adopt injections, lasers and have even soaps to lighten the skin around women’s intimate areas. Lippi explains: “Here, white skin denotes a big difference in the social status and class of a person, from the historical fascination with Otherness and the “exotic West”. It’s not because of racism, but because they don’t want to be perceived as poor.”

Although shooting on the front lines of HCMC’s infamously chaotic traffic intersections in Vietnam’s scorching summer heat came with its obvious challenges, Lippi says:  “I had a lot of fun photographing these colorful scooter drivers, trying to imagine what kind of face or person was behind their colorful cover-up. Most of the time, they were answering with a peace sign and I could feel their covered smile.”

On a final note, she adds: “Maybe this growing culture of whiteness is just a fad that will soon be replaced by the opposite ‘gold skin’ as it was, for example, in classical Thai literature where heroes and heroines are beautiful and have ‘golden’ skin – a symbol of a Golden Heart.” 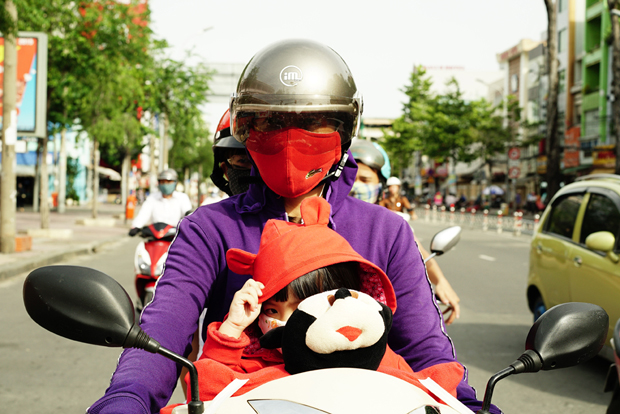 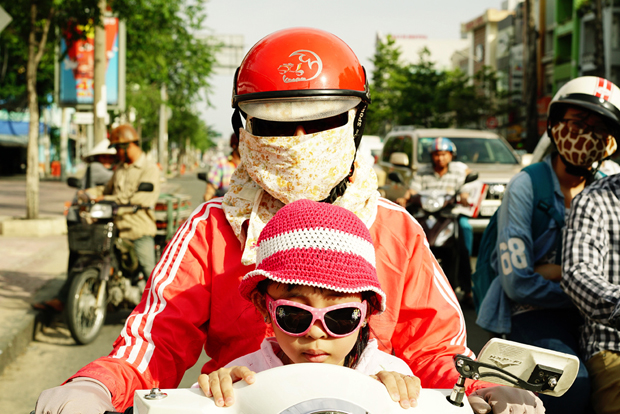 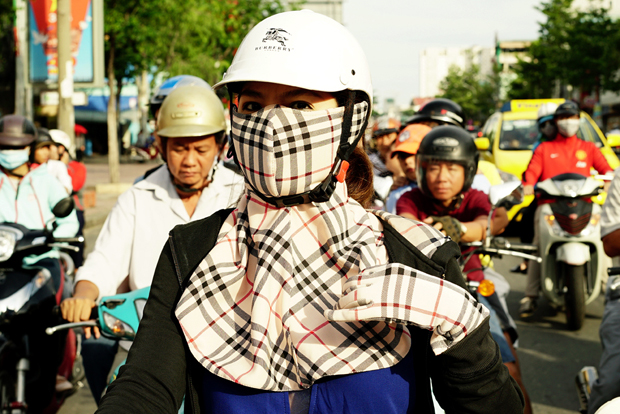 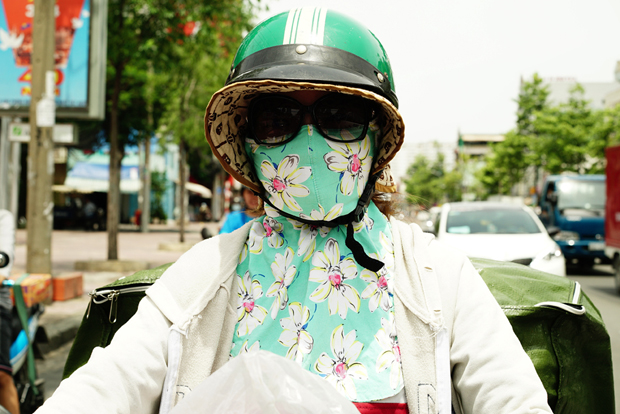 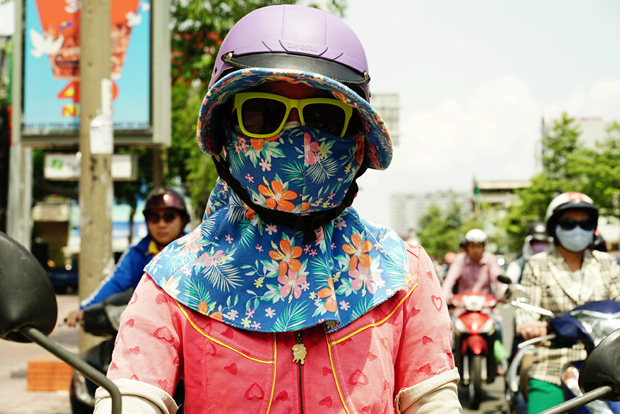 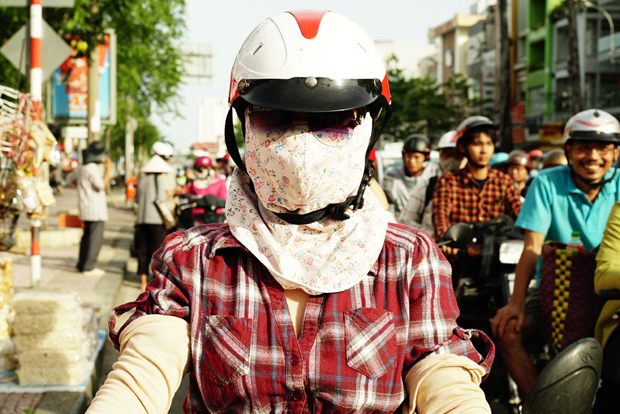 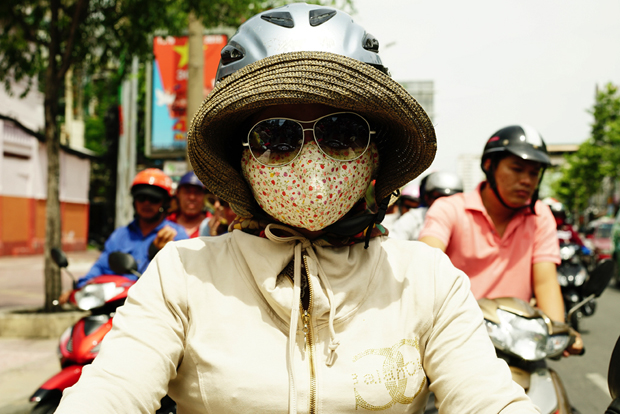 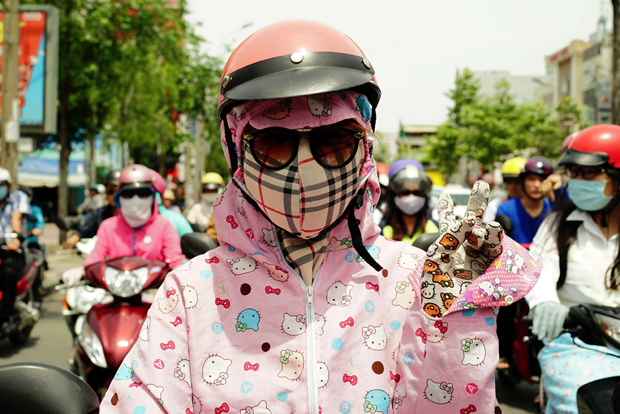 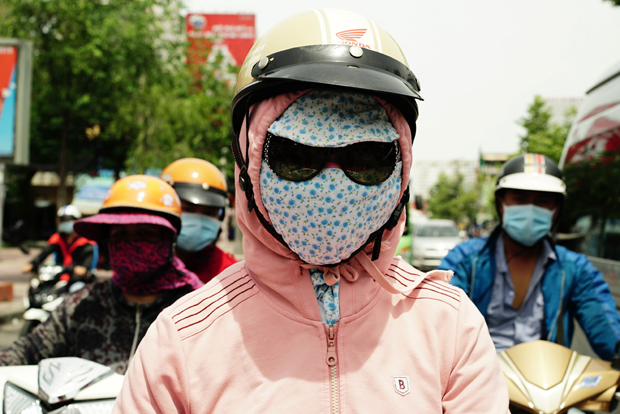 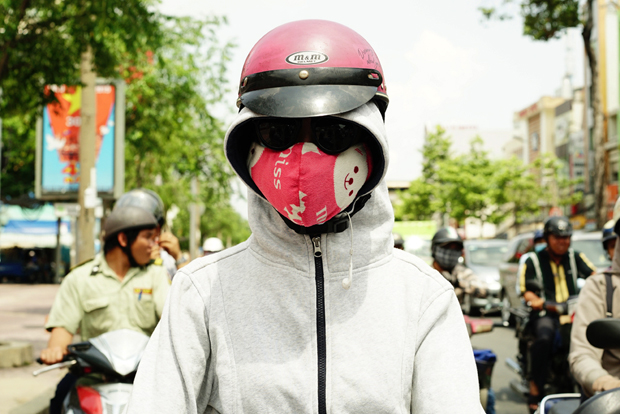 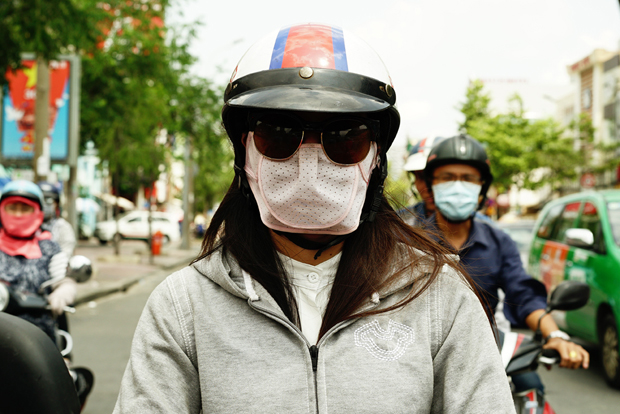