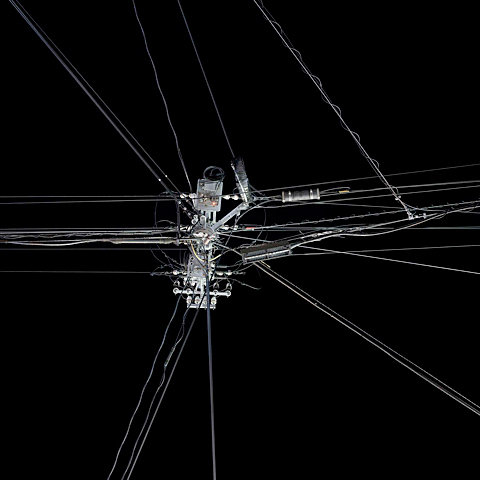 Dusseldorf-based photographer Andreas Gefeller created his Japan Series based on an invitation by Japan EU Fest. The organization invites 2-3 European photographers to Japan each year. Gefeller photographed the artfully abstract series of utility poles similar to past work, which explored themes on the relationship between man and nature.

The series consists of two parts—one taken during daylight on cloudy days, another taken in the evenings using only light from passing cars, street lights and house windows. Using long exposures to achieve a desired effect, the lighting illuminates the intricate details of each pole, so that each becomes its own separate, sculptural piece, removed from it’s original background and function. “I see the poles as a metaphor for networks and the flow of data, the proliferating cables represent technologies that are difficult to control,” Gefeller says. “The Japan Series is also about man’s relation to nature; nature turns into man-made technologies that grow without control. The cables remind us of a jungle, beautiful and threatening at the same time.” 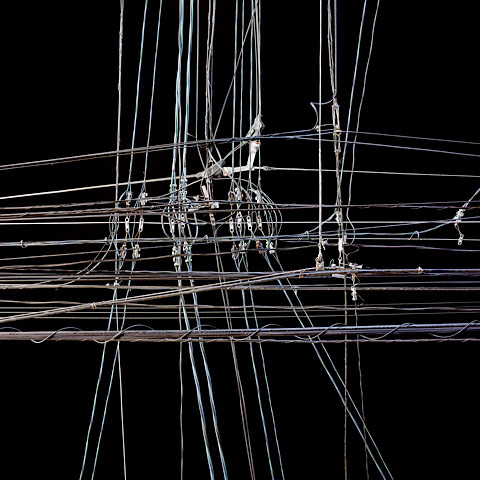 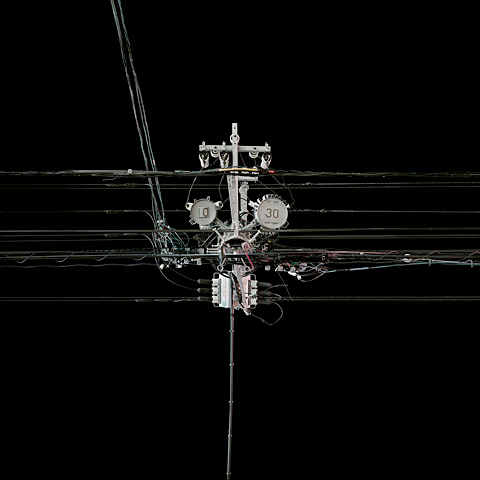 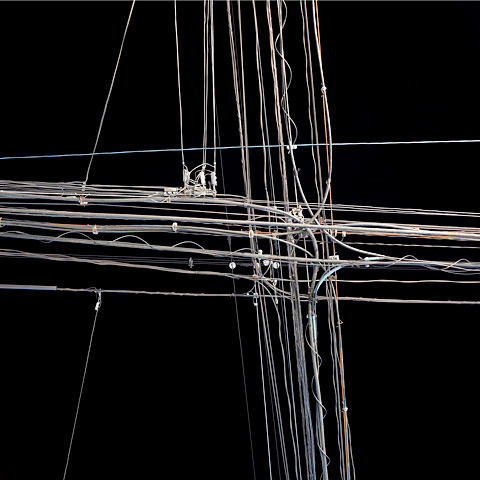 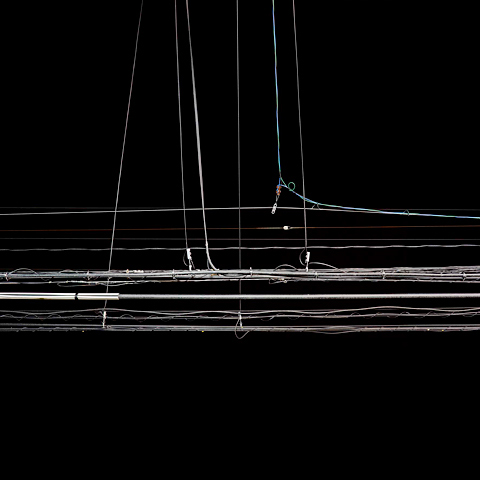