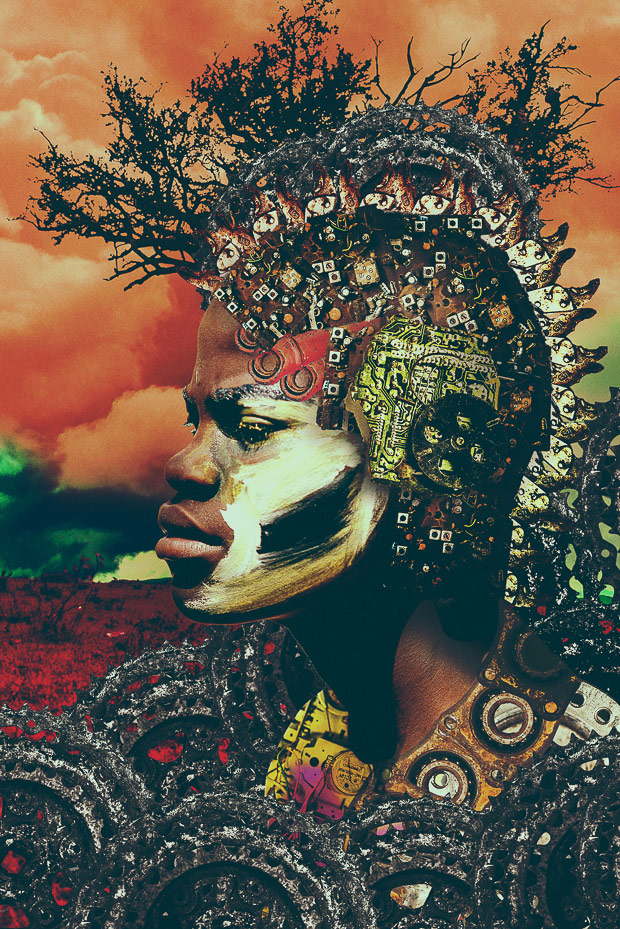 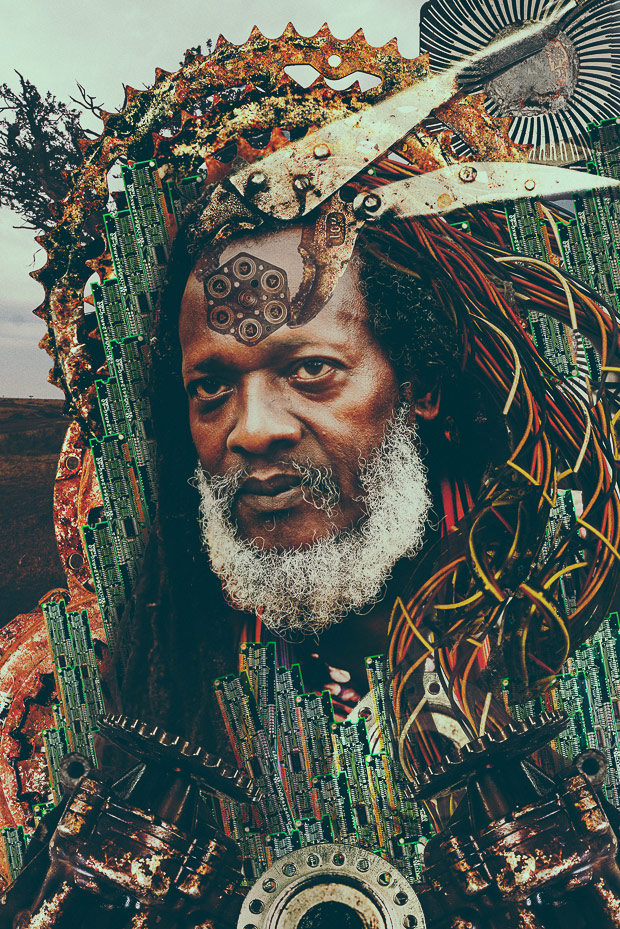 When Brooklyn-based photographer Tahir Carl Karmali was a little boy in Nairobi, Kenya, he hand-built a television antenna using headphones and a metal hanger so that he could watch cartoons after school. He had mastered the trick simply by watching people in the workshops lining the streets of the city, where broken appliances could be torn apart, reassembled and revamped to create something useful. The people who turn seemingly unworkable objects into ingenious contraptions make up what’s known as Jua Kali, an informal economic sector that became the inspiration behind Karmali’s multimedia series by the same name.

Jua Kali, explains the photographer, comes from the Swahili words for “Fierce Sun” after the workers who toil beneath its rays. The Jua Kali workforce is composed of millions of entrepreneurs, who typically without formal training, have developed their skills from firsthand experience. They build their wares and sell them to the public for a comparatively reduced rate. The Kenyan economy, suggests the photographer, rests on its shoulders.

For Jua Kali the photo exhibition, Karmali applies the principles of Jua Kali to notions of individual identity. Shooting portraits of a diverse set of people, including fellow artists, designers, dancers, businessmen and women, academics, and more, he ornaments his subjects in paint and sometimes found pieces of scrap metal. From there, he creates a digital mosaic using shots of items collected from various dumpsites.

Ultimately, Karmali’s subjects emerge like kings and queens of some alternate reality, godlike hybrids of flesh and machinery. For Karmali, constructing a persona or a sense of self is in many ways like the work done by the Jua Kali; we pick things up, break them apart, and arrange them into something new. When his manifold characters are complete, he sets them against landscapes shot in East Africa.

Here, Karmali allows Jua Kali to exist as a metaphor for the human condition, while giving a nod to the people who first taught him how to construct a makeshift TV antenna. Looking back on his childhood in Nairobi, the photographer says much has changed, but the one thing that never will is his reverence for the informal sector. Even after all these years, he says, “I myself am Jua Kali, an artisan and artist.”

Jua Kali will be on view at United Photo Industries in DUMBO, Brooklyn, beginning February 4, 2016. 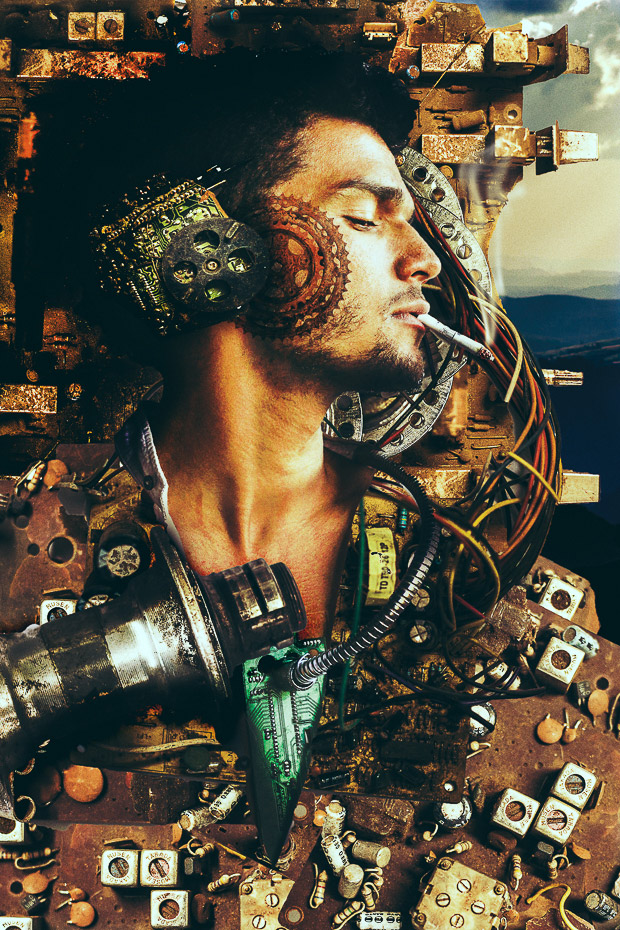 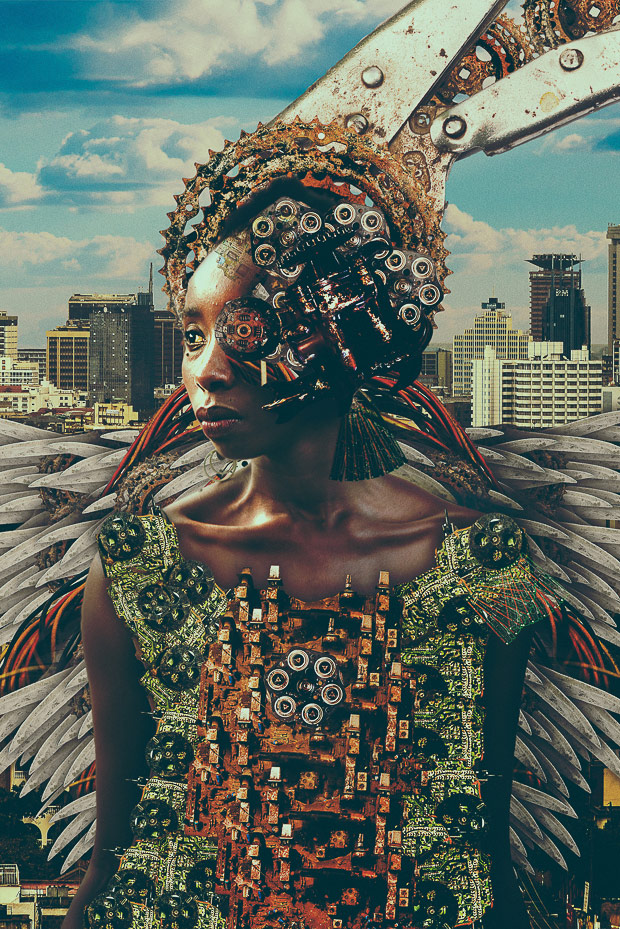 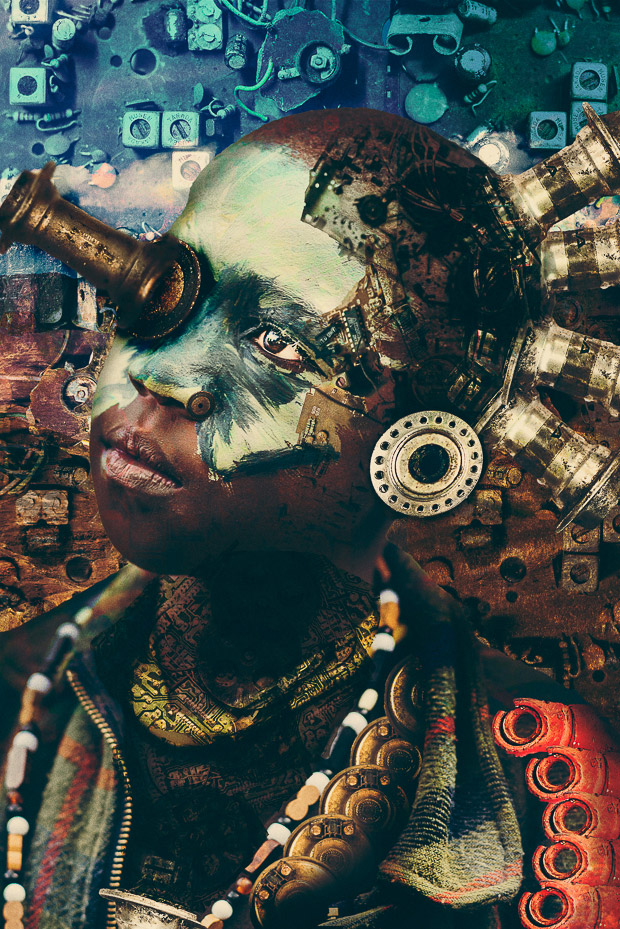 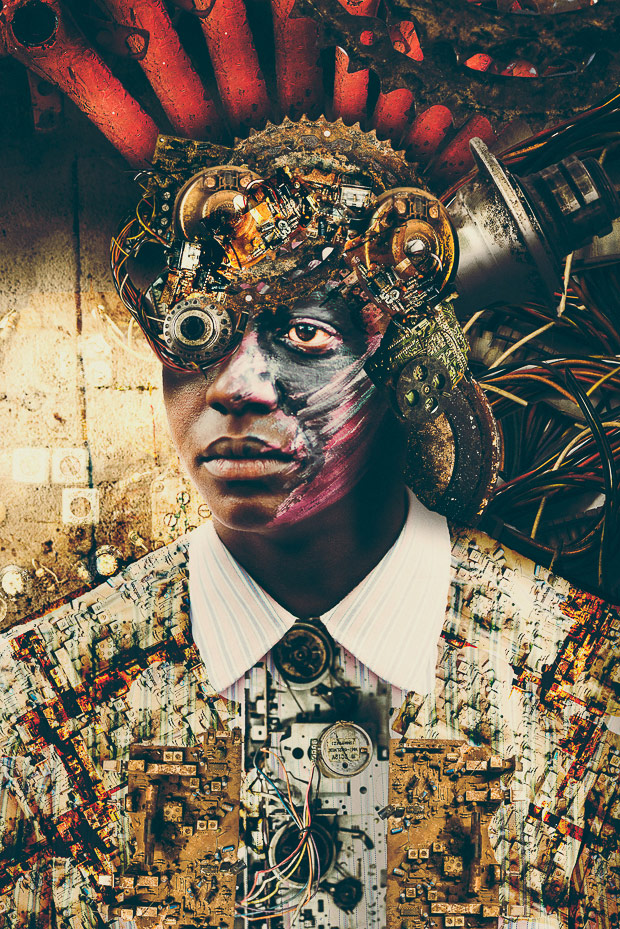 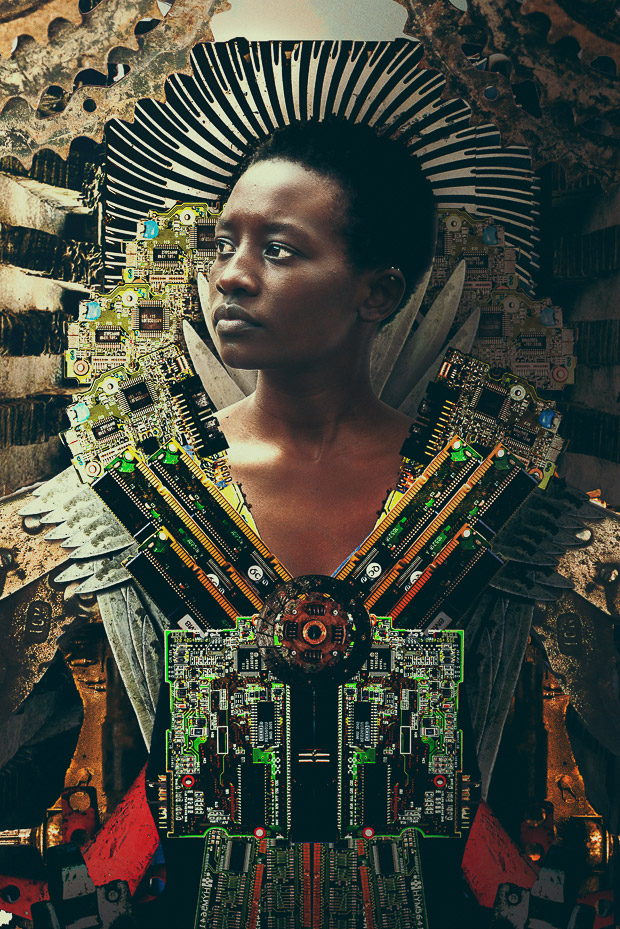 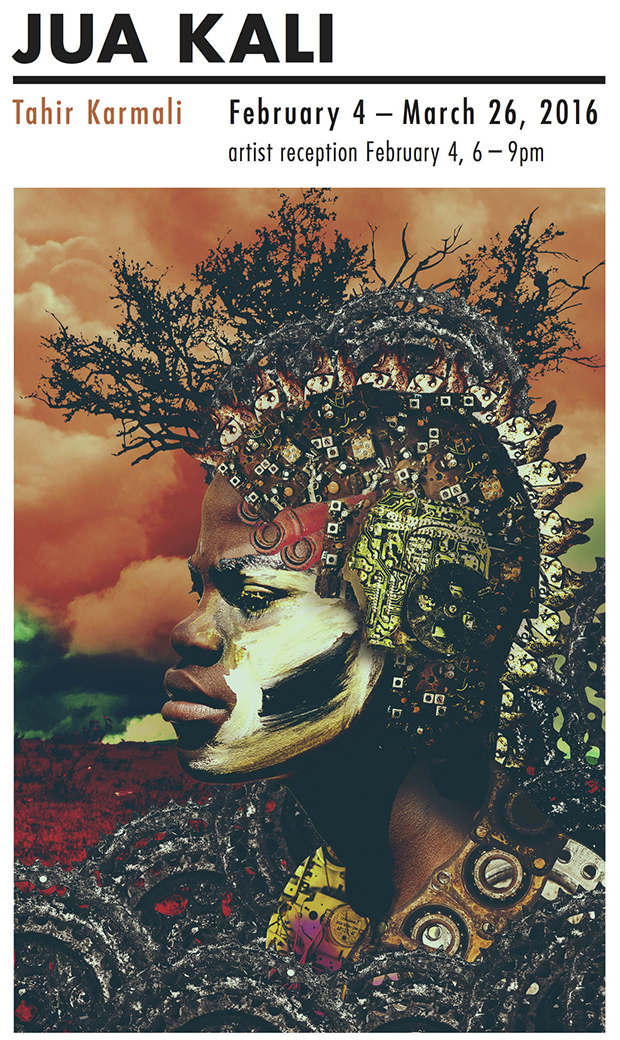