Behold the Unearthly Beauty of the Carpathian Pony 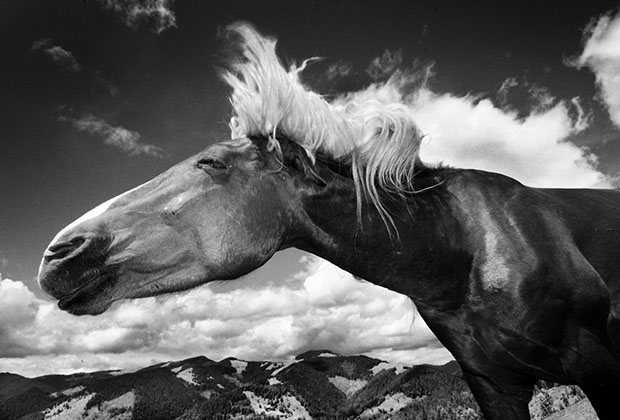 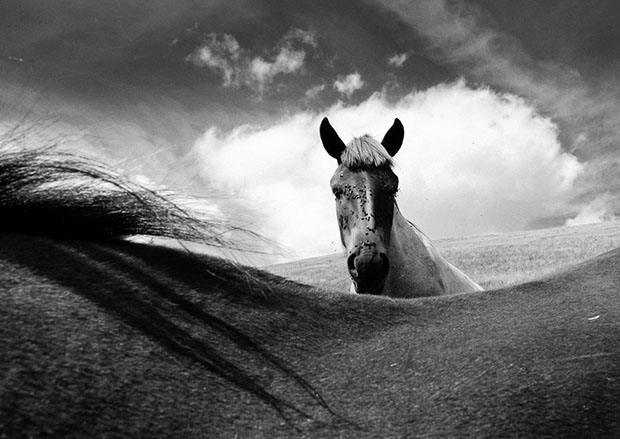 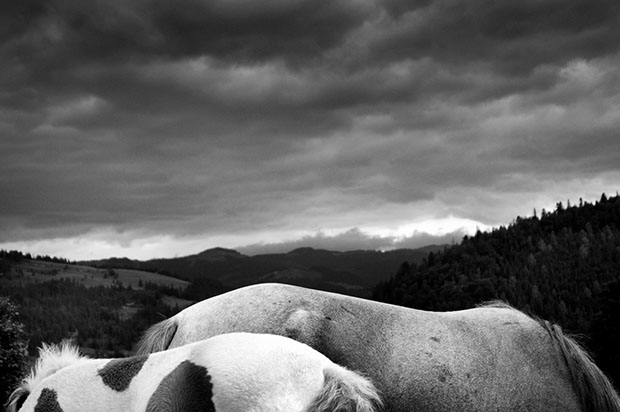 Seven years ago, in the village tiny of Dzembronia in the Carpathian Mountains, Ukrainian photographer Yurko Dyachyshyn laid himself down amongst the fragrant grasses, shutting his eyes for a moment as the sunlight warmed his cheeks. The photographer was woken from his reverie only when he heard the gentle tapping of hooves, finding before him a curious horse gazing down.

Horses, admits Dyachyshyn, never felt extraordinary to him until this moment; they were simply part of the scenery. And yet the vision the broad, loping creature remained with him for the rest of the evening, beckoning him back to the site where approximately 40 equines made their home. These horses, he explains, are working horses, belonging to a local shepherd. With just over 200 permanent inhabitants, Dzembronia is a place of solitude and hard work, where the only sounds are the whispers of the landscape and its animals.

Dyachyshyn’s interest lay not in documenting a literal history of the Hucul ponies, who have long toiled for mankind, gracing the monuments of the ancient Romans, going into battle in the 19th century, and nearing extinction in the 20th. Instead, he existed only within that particular time, this particular place, and these particular horses, allowing their movements and sounds to guide his own trains of thought. While he claims not to have bonded with any of the animals per se, he did have a palpable emotional response to their gentle and placid temperament.

He chose to photograph the horses only from the ground, lying as he had when he met the first of the bunch. Although the artist chooses to say little about the series, the respect felt for these animals slips at times into reverence, which in turn passes into a kind of devotion. No longer are these the faithful servants of mankind but near-mythical creatures, who seem to inhabit not the earth itself but the sky above. 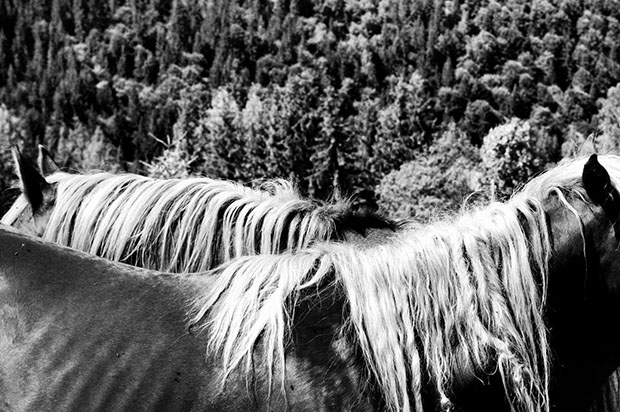 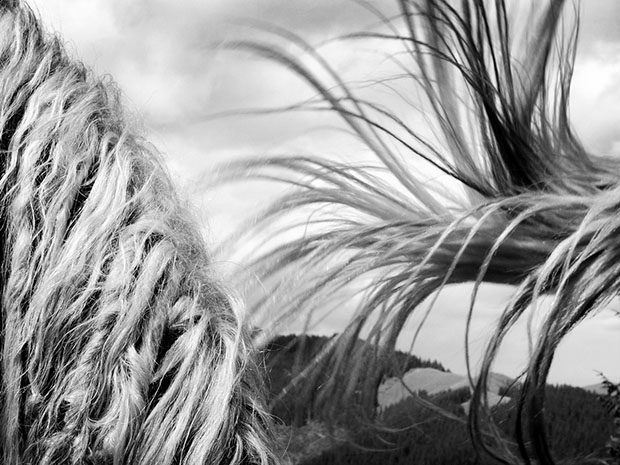 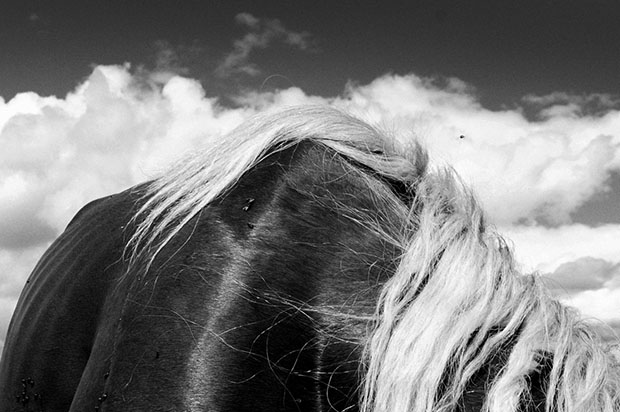 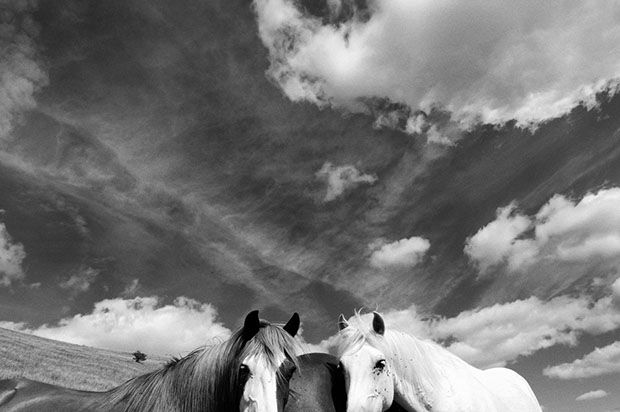 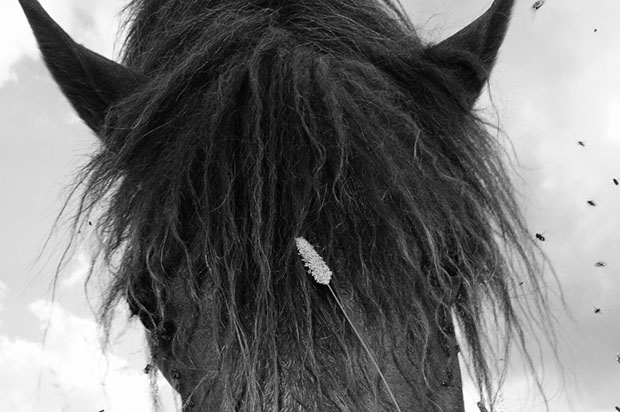 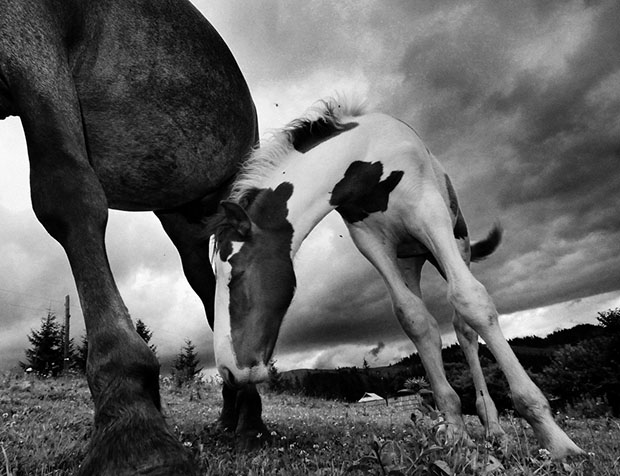 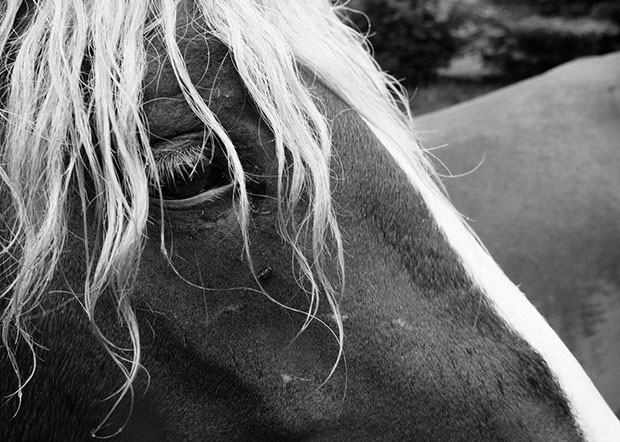 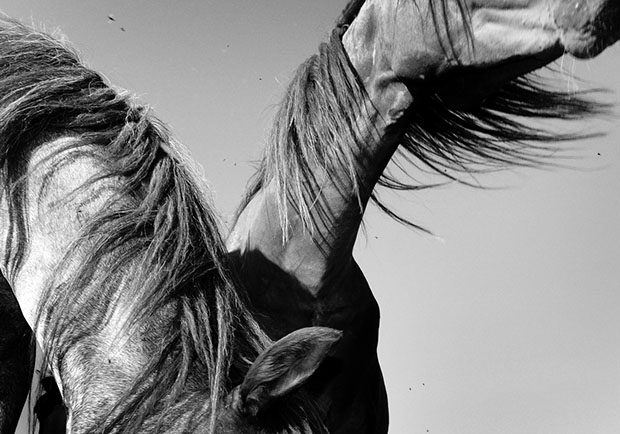 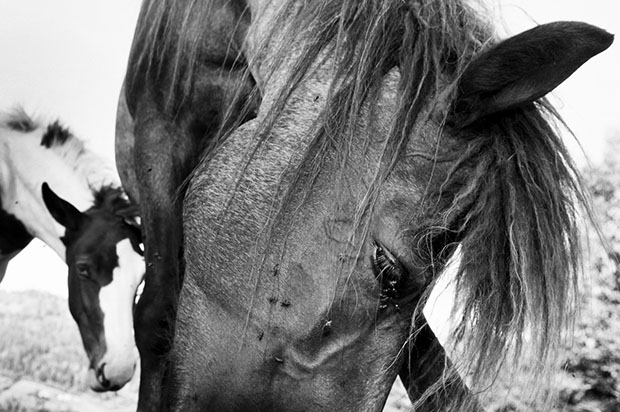 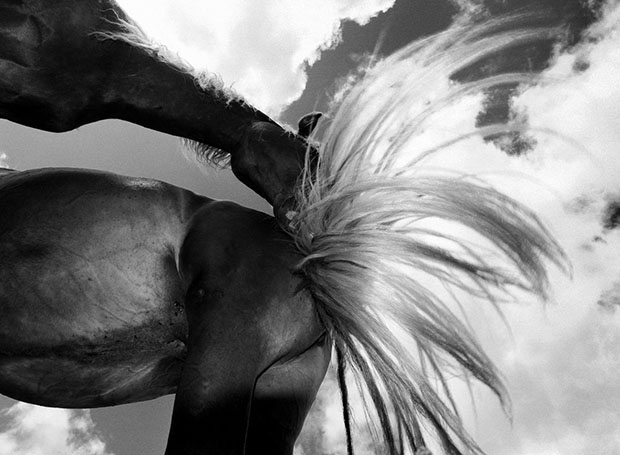 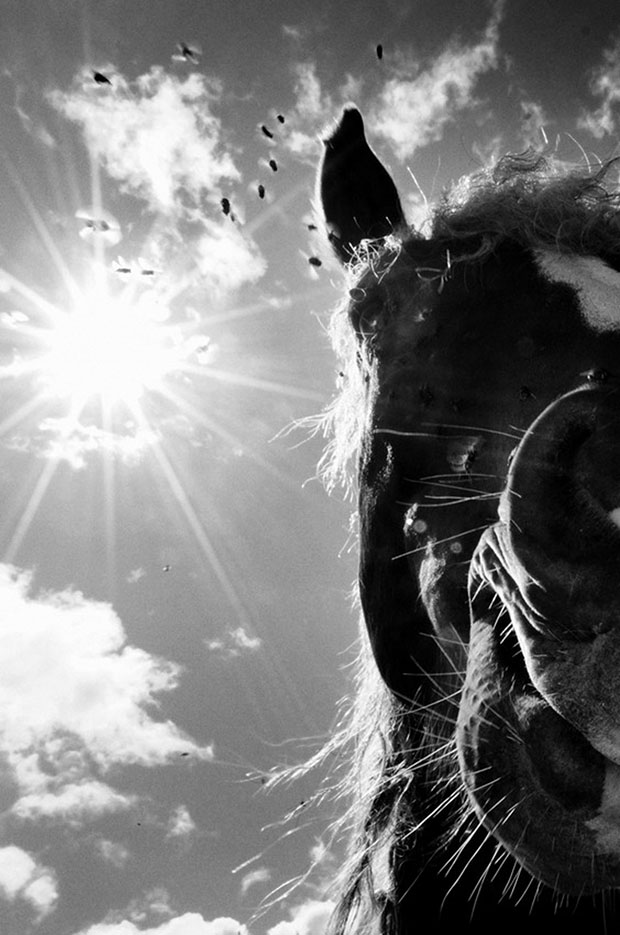 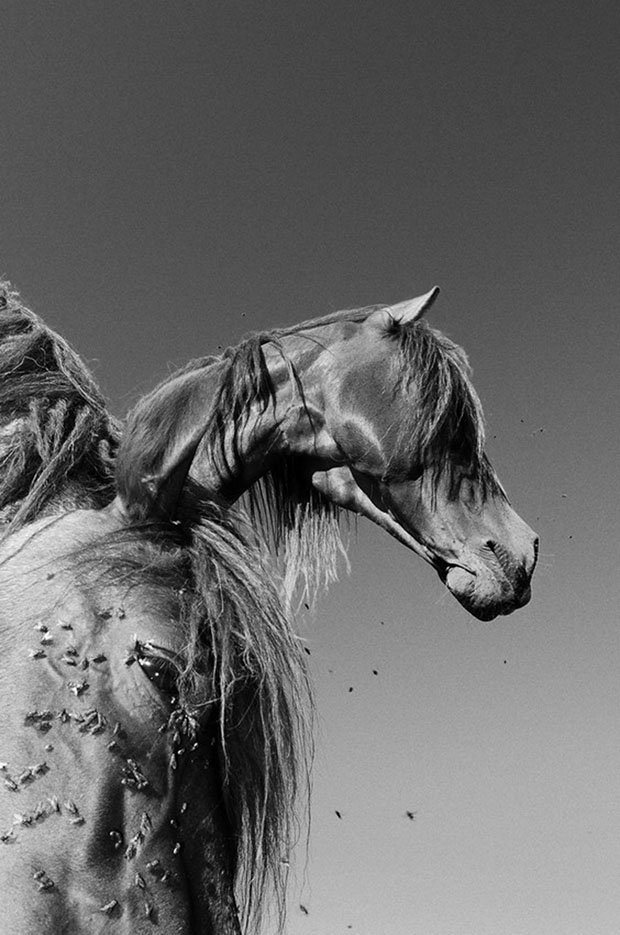 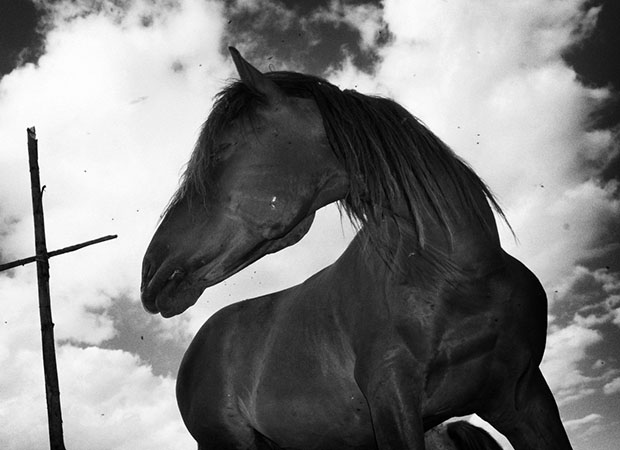