After 5 Years Away from the Public Eye, Gregory Crewdson Releases Breathtaking New Body of Work 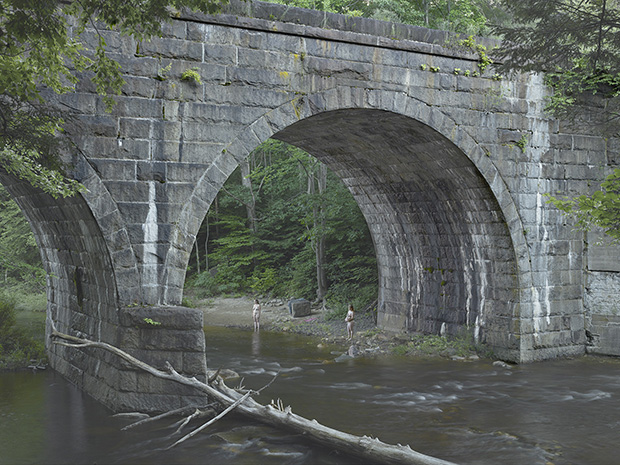 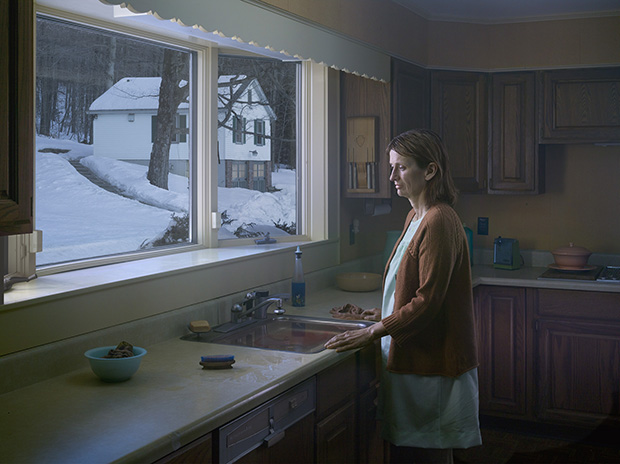 Over the last five years, Gregory Crewdson has lived in relative privacy, sequestered near his boyhood home in rural Becket, Massachusetts, where he spent his days largely alone, below the forest canopy. It’s here in the thickets, on the foundation of this place inhabited by less than 2,000 people, that the photographer builds Cathedral of the Pines, a body of 31 images named after a local trail.

To Becket, Crewdson and his crew made three trips, with the photographer composing every last detail of the scene. Here, unlike his shoots on set and indeed more than his previous projects on location, the self-professed perfectionist found himself in collaboration with the feral forces of the wild, the bitter cold, and the rushing floodwater.

Crewdson’s work is in large part driven by an obsession with the Freudian uncanny, and as noted by art historian Alexander Nemerov, who writes the essay accompanying Cathedral of the Pines, Becket—or at the very least, Crewdson’s Becket—straddles the line between the real and the make-believe. Crewdson’s protagonists are familiar to us, and yet from all the ordinariness that surrounds them, something curious emerges. A sink fills near to overflowing; a mother, breast still bared, lays in her daughter’s lap, inverting the roles they’ve doubtlessly played until this very moment.

There is indeed psychological trauma here, as there is in all of Crewdson’s work, but in this strange and vast cathedral, humankind takes up little space. The leaves will fall; the tides will change. If they so wished, Crewdson’s protagonists could peer into one another’s windows, but so often they to turn away, choosing to connect in other, more mysterious ways. It doesn’t seem to matter so much what happens here as does the fact that it happened at all; if a tree falls in Becket, it doesn’t go unheard.

Gregory Crewdson: Cathedral of the Pines was on view at Gagosian Gallery, 522 W 21st Street, from January 28 – February 27, 2016 in conjunction with the release of a book by Aperture by the same name. 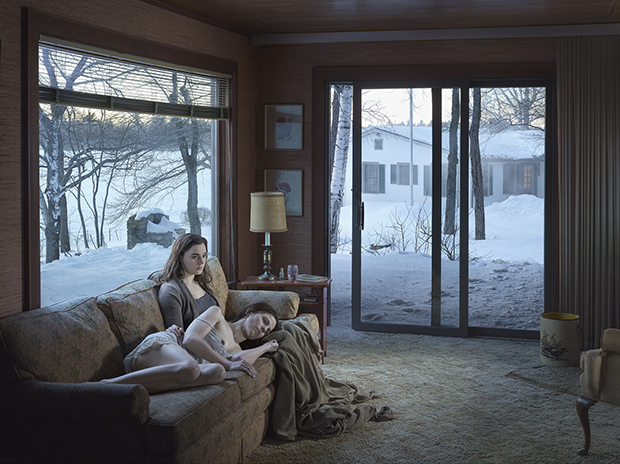 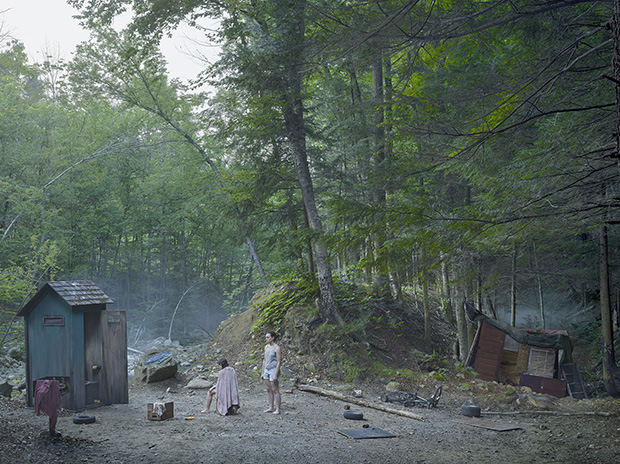