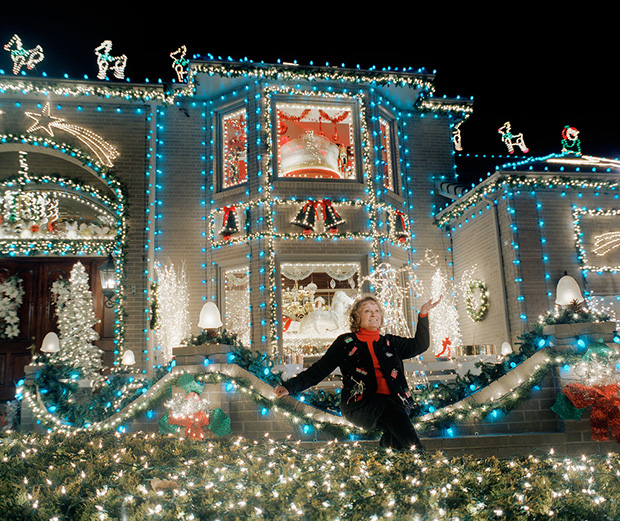 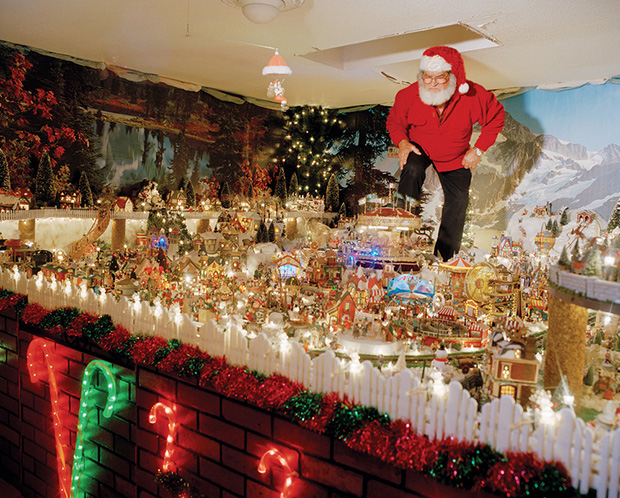 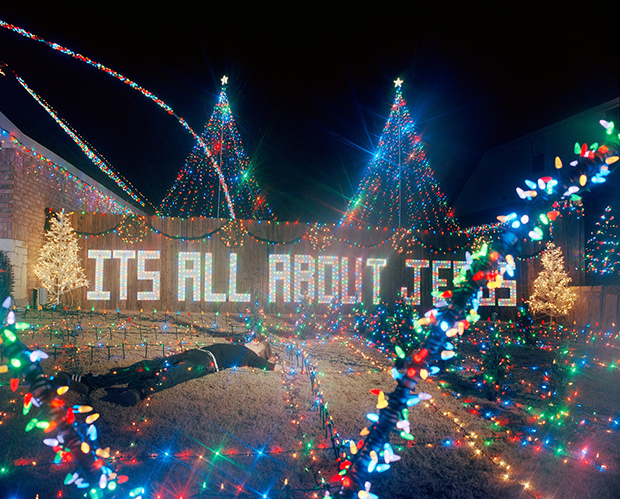 When New York-based photographer Danelle Manthey was a little girl in Sioux Falls, South Dakota, she and her family had a Christmas ritual; when the neighborhood newspaper published their annual map marking the most extravagantly decorated houses, together they drove down the glittering roads near home, stopping to peer out at illuminated trees and life-sized reindeer.

As an adult, Manthey allowed the Christmas displays to fall back into the shadows of her memory, but when she visited her childhood home one December, visions of flickering lights and melodic carols emerged once more. Although she initially shook it off, her sister’s suggestion to photograph the lights haunted her for several years, and from the year she began shooting around her parents’ home, it took two more before she began making images she actually liked.

For ten years, the photographer’s annual tradition has been much like the one she experienced as a child, although her series, Christmas USA, has taken her not around the block but around the country, to twelve states thus far. She’s photographed the best of the best, families and single men and women who devote months or even the entire rest of the year to preparing to transform their houses into a winter wonderland. They can be found on internet forums and through social networks, where certain individuals and households have become celebrities within the field.

Although Manthey herself is not a member of the Christmas mega-decoration community, she was unfailingly welcomed by those she met along the way. On chilly nights, she was invited inside their warm houses for long talks, and everyone was happy to share with her their unusual hobby. Quoting Diane Arbus, the photographer suggests that for most people, the simple gift of being seen and recognized for who they were was enough to open doors: “The camera is a kind of license. A lot of people, they want to be paid that much attention.”

In her girlhood, the young Manthey grew restless during the long trips in the car, eager to get home and open her gifts, but as a grown-up, she’s learned to cherish her time amongst the dazzling lights. Though she initially may have misjudged the time-consuming decorating as a frivolous undertaking, the photographer now holds the utmost respect for the people she’s met, granting them the title of “American folk artists.”

For many, the twinkling lights become a rare and precious portal back to the innocence and awe that marks Christmastime for so many children. One woman, says the photographer, sets up her display every year in honor of her late mother, who loved the Christmas village. Many are organized to raise funds for a charity close to the heart of its creator, and in a neighborhood where parents might not be able to afford piles of presents, one couple never fails to give them a taste of holiday wonderment in the form of a magical house. In photographing the manifold installations, Manthey manages to observe both as an adult and as the child she once was, and ultimately, she invites us to do the same. 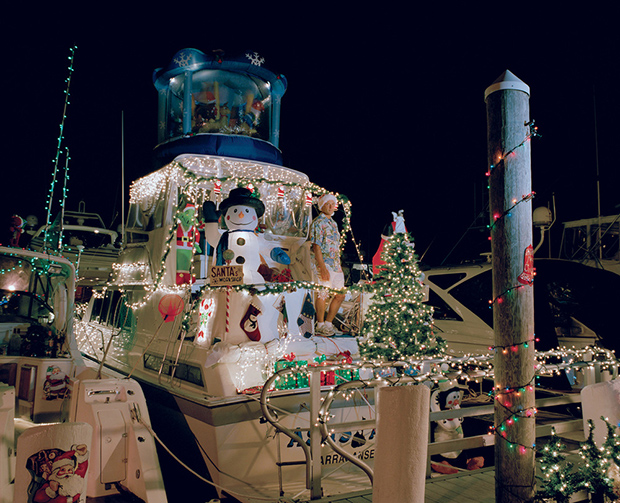 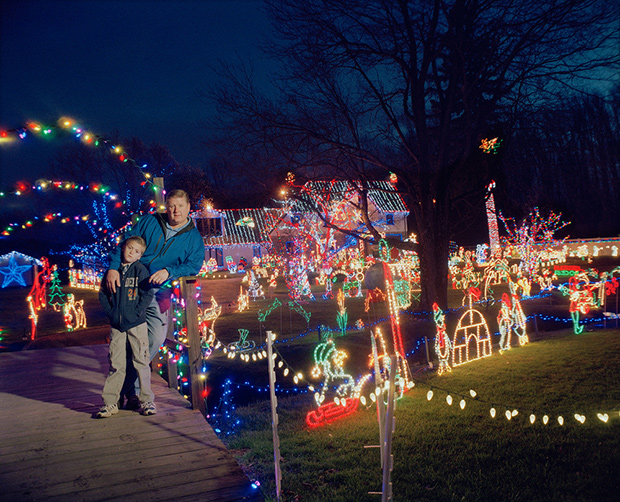 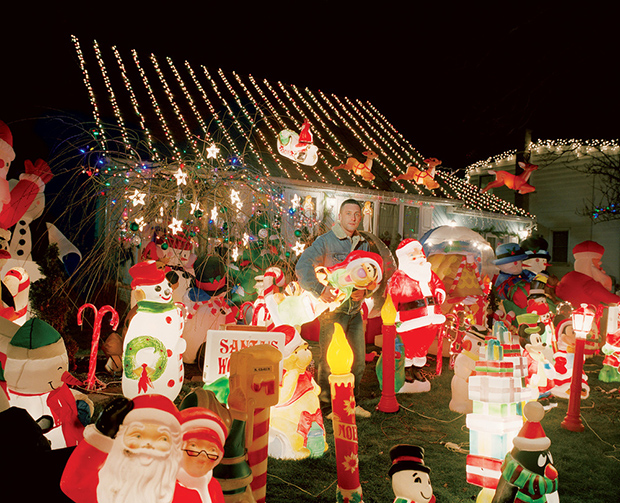 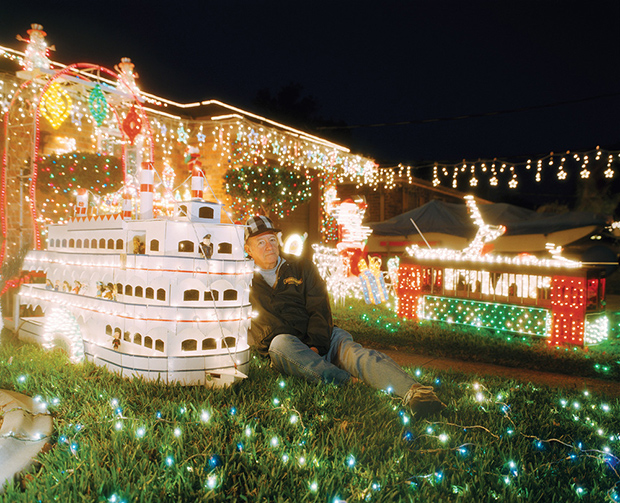 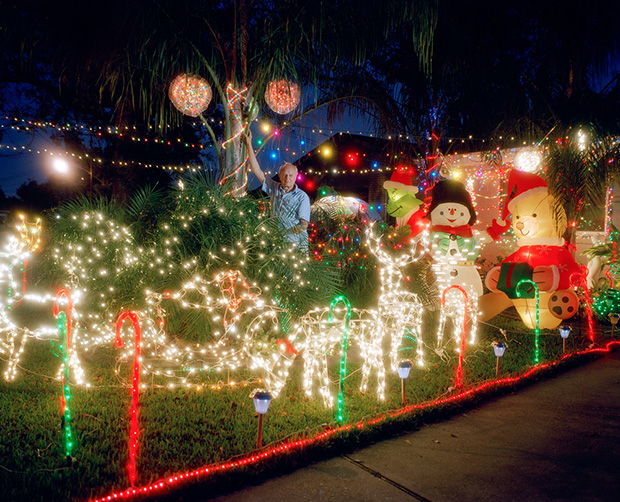 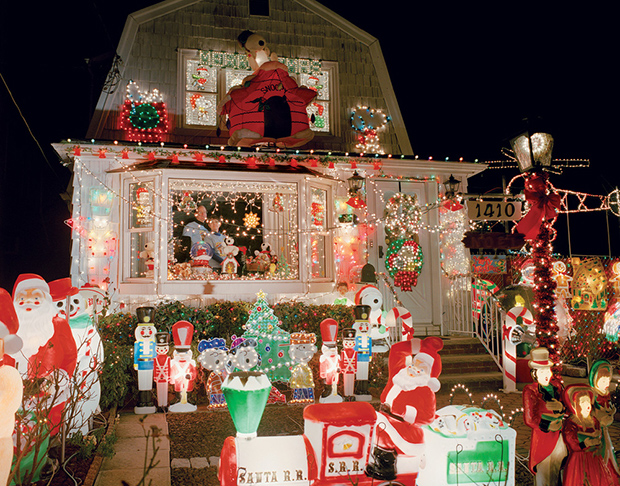