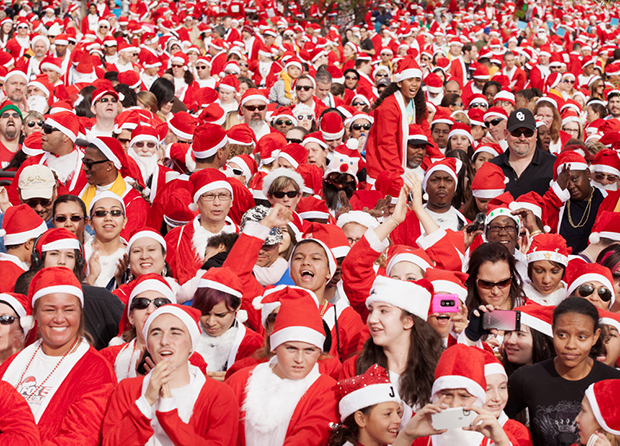 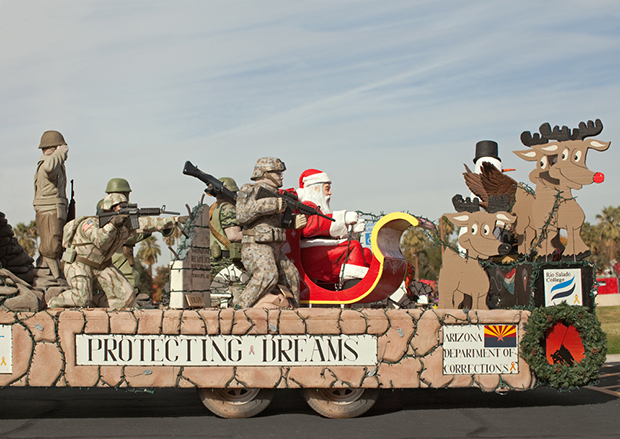 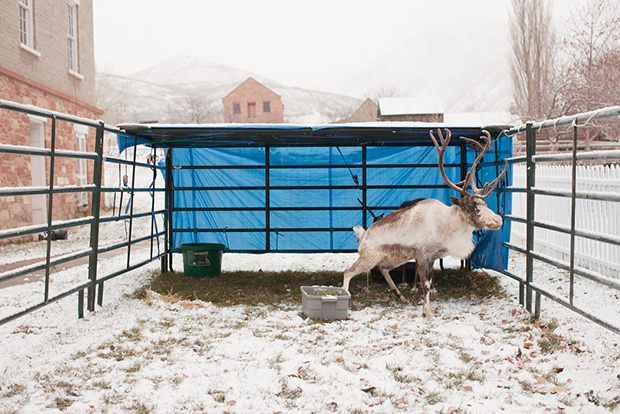 In winter 2009, Los Angeles-based photographer Jesse Rieser made his way East towards his parents’ new home in Phoenix. After years of spending the holidays at his childhood home in Missouri, he turned down the road to see flickering in his rear-view mirror a large inflatable Santa Claus, rocking back and forth with the breeze. The vision of that mammoth and lonesome Santa, advertising a local tree lot, stayed with him throughout the following year, ultimately inspiring him to create Christmas in America: Happy Birthday, Jesus, a series of images that scratches beneath the rosy veneer of the holiday season to reveal a far more human side of Christmas, one in which hope and merriment are tinged with the occasional pangs of disappointment and melancholy.

Using Phoenix as his point of departure, Rieser set about on a hunt for Christmas aficionados, guided by a directory of elaborately outfitted private homes. From there, he went literally from door to door, learning about what it truly meant to deck an entire house for the holidays, to cast a nativity scene, or run a charity race exclusively for those dressed as Santa himself. Since then, the project has brought the photographer on the road to Las Vegas, Boise, Salt Lake City, Alabama, New Orleans, Seattle, Portland, and Florida, with plans to visit New York and the Midwest in the coming years.

In our obsession with Christmas, Rieser discovers something that is distinctly American. In the stockings and sleigh bells, he found an almost desperate struggle to—as he puts it—“keep up with the Joneses.” Our attempts to make this time of year magical, either for ourselves or for the ones we love, can at times be blundering; more often than not, we fall just a little bit short. But the photographer doesn’t fault us that, and Christmas in America is anything but cynical. Ultimately, Rieser’s portrait of Christmas is more sweet than it is bitter, highlighting not the enchantment of the holiday itself but the painfully mortal ways in which we strive to make our lives glittery and beautiful, if only for a season.

Confronting this version of Christmas is a bit like learning that there is no Santa Claus; at first, our hearts ache, but then it slowly dawns on us that all the while our parents have done something extraordinary to keep the spell alive. And that in itself is its own sort of miracle. Says Rieser of his manifold carolers and decorators, “I am celebrating their celebration. One time a year, they have a stage or platform to be creative in the best way they know how.” 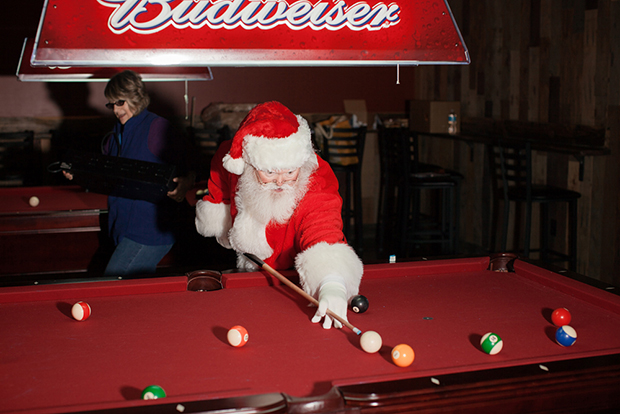 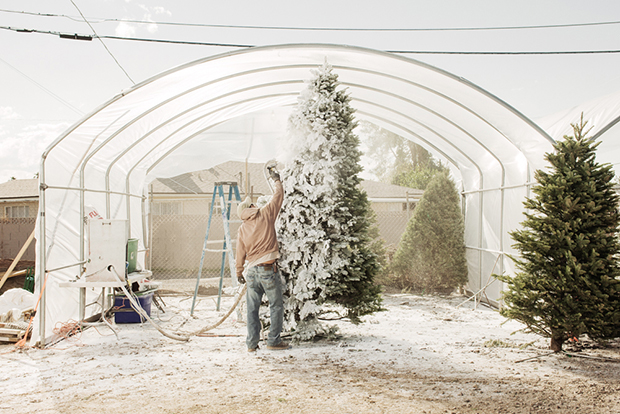 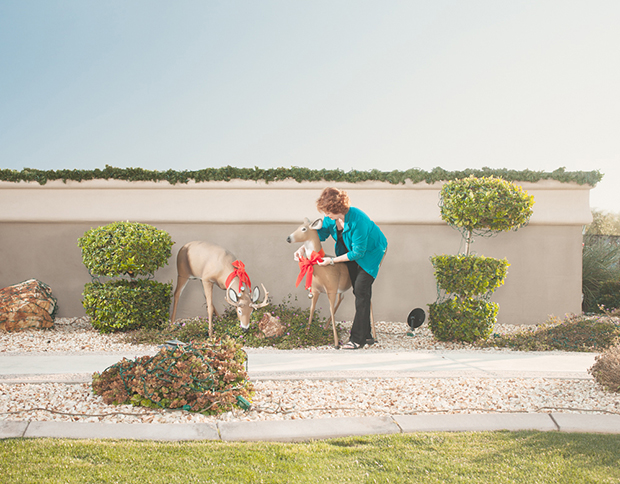 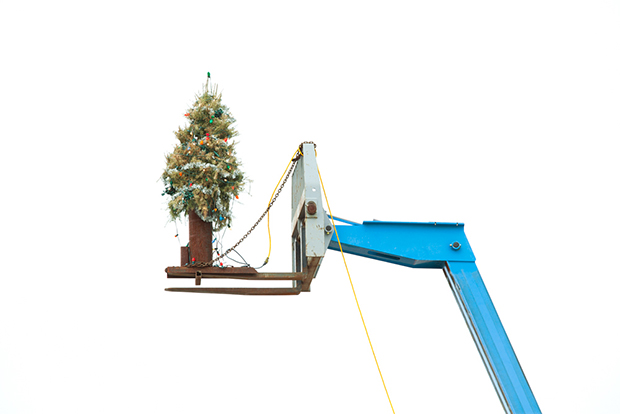 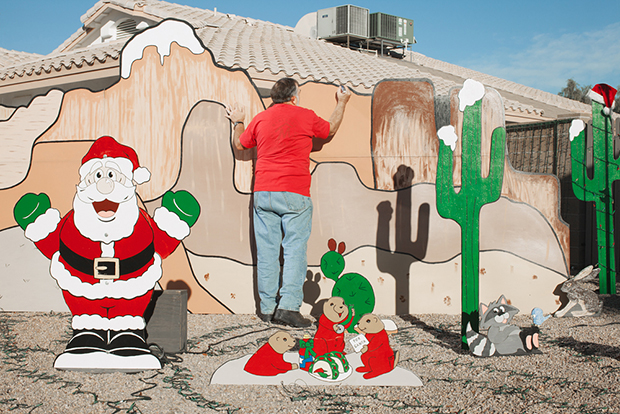 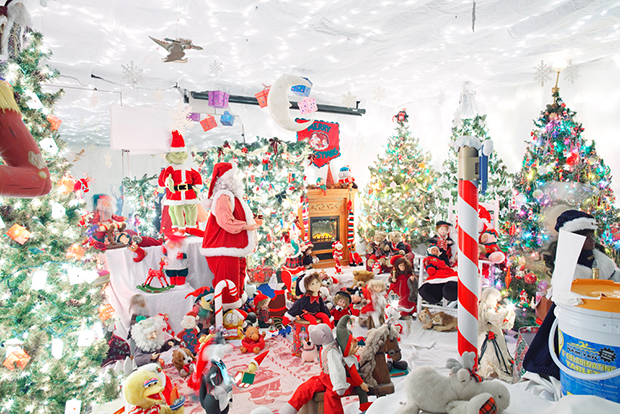 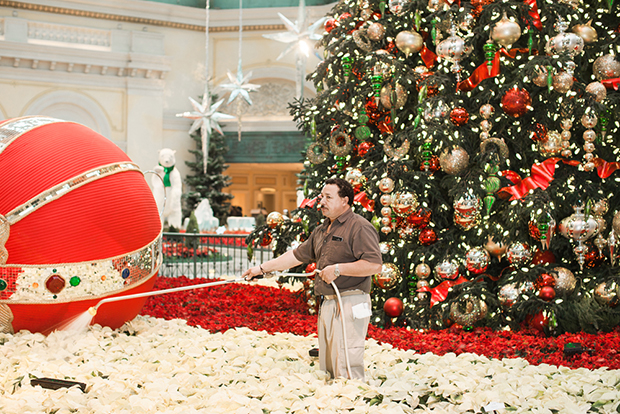 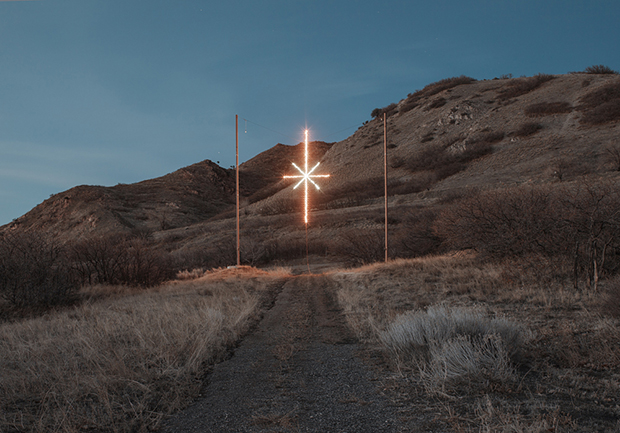 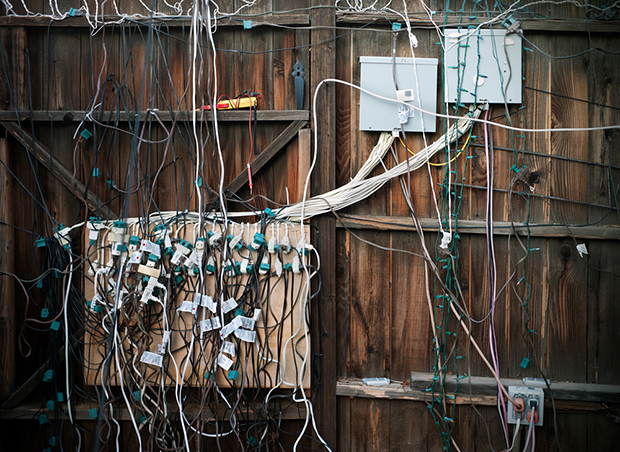 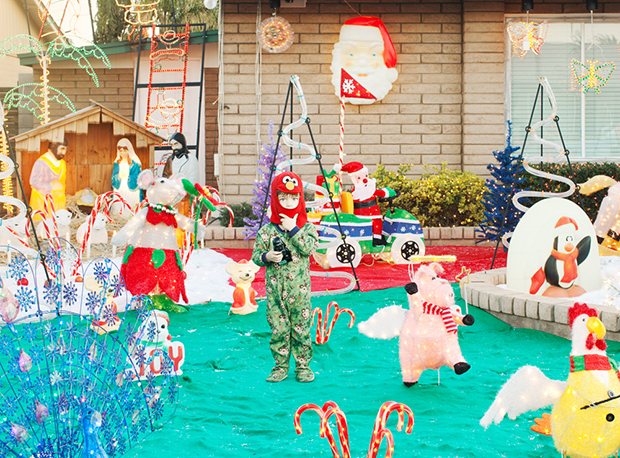 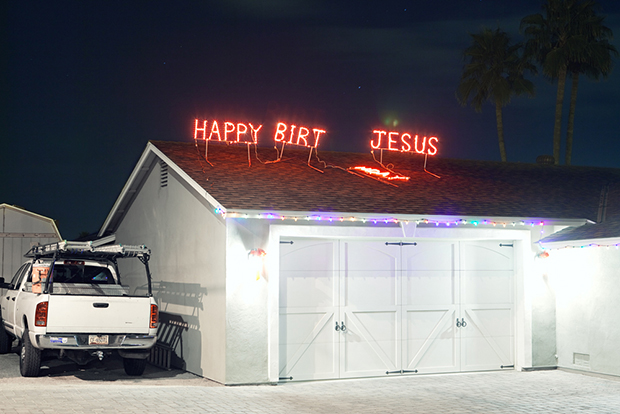