Casting Herself in the Lead Role, Photographer Recreates Famous Artworks by Degas, Picasso, Rembrandt and More 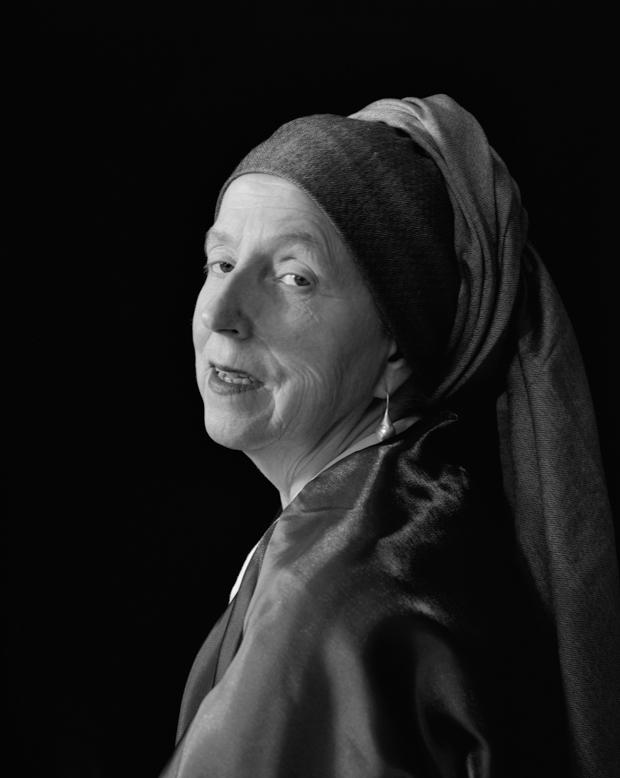 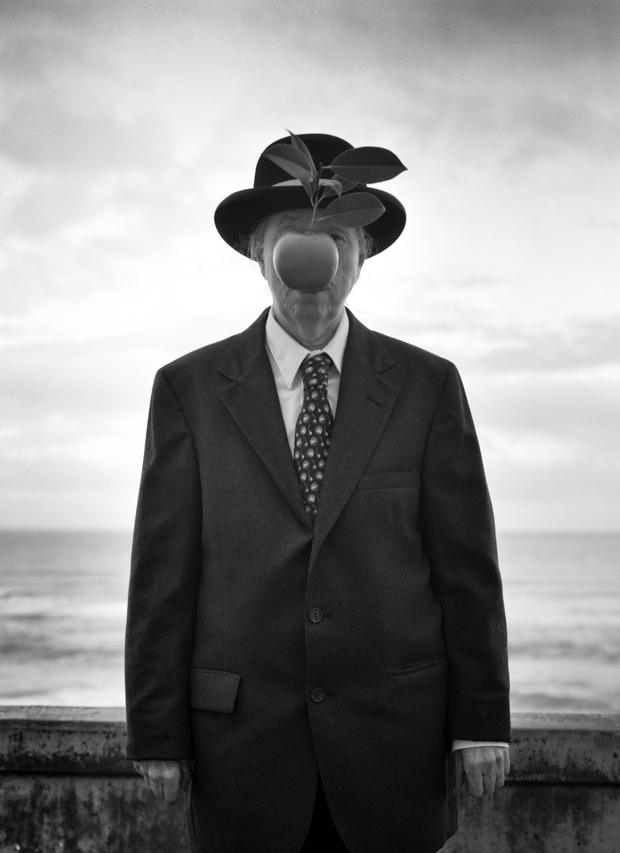 Stages is the title of a self-portrait project by American photographer Laura Hofstadter. After experimenting with a large format camera and discovering a thrill in re-creating classical paintings using simple household props, Hofstadter embarked on this photographic narrative to illustrate the varying transformative stages of life that we pass through universally, as well as those of loss and aging. The project also on a deeper level examines the artist’s own experience battling cancer and the effects the treatment has bestowed upon her body.

By personalizing these well-known classical portraits, Hofstadter attempts to breathe new life into these works, and by switching effortlessly between frames she covers some of the most iconic masterpieces in art. With her minimal styling and manipulation, Hofstadter has succeeded in producing a striking and elegant set of self-portraits that conquers the tenuous balance between seriousness and humor.

Where did the idea to start this project originate?
“The project began as I was experimenting with a new 4×5 view camera. Some of my first pictures were self-portraits that reminded me, by chance, of classical paintings. When I brought some of these early versions into a photography class I was enrolled in, my teacher (Adam Katseff) and some of my classmates, particularly the other women in the class, responded positively and encouraged me to keep going. As I continued, I became intrigued – and then slightly obsessed – with how I could evoke a classical painting using simple props and sets at home. It was challenging, but fun, and so I kept choosing new and personally beloved icons of Western art to place myself into. I was already aware of, and admired, Nina Katchadourian’s project, Lavatory self-portraits in the Flemish style, and I was influenced by the spirit of constraint seen in her work, although obviously I allowed myself much more freedom with props and settings than she did, and in a few cases ended up using locations outside my home or backyard. (I was also aware of Cindy Sherman’s History portraits, and of the loosely related work of Yasumasa Morimura, although I don’t feel that this project has as much in common with those antecedents.)” 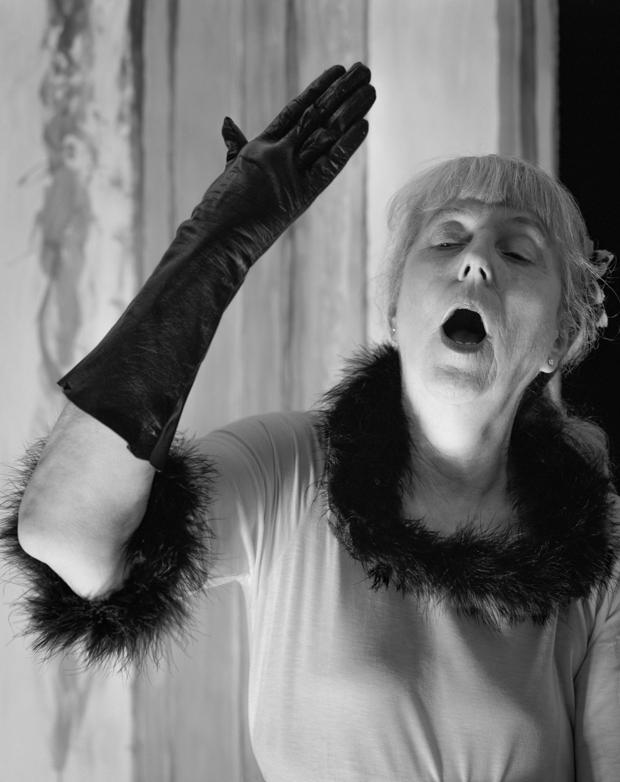 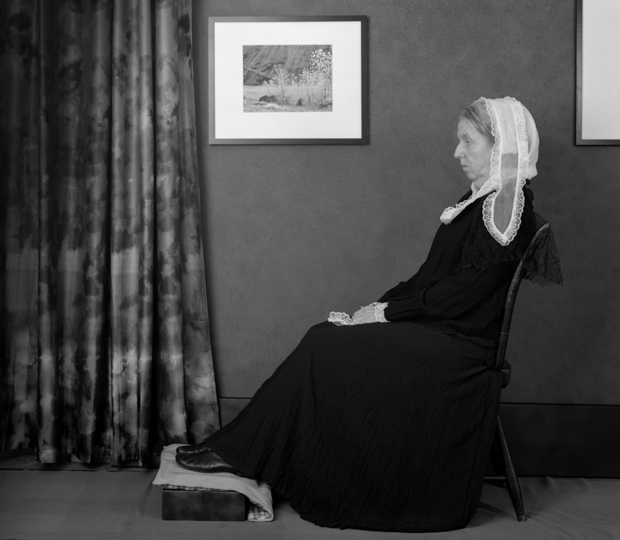 What were your main intentions behind the project?
“As I worked on the project, I realized that I was experiencing a certain kind of liberation as I placed myself into a painting whose original subject was someone entirely different from me, whether it was a young or middle-aged woman, a young boy, or an old man. I began to feel that not only was I asserting my self-worth as a woman growing older in a youth-obsessed society, but I was also creating a loose narrative of my experience facing breast cancer, whose treatment had disfigured my body. My hope is that viewers will confront preconceptions about youth, age, beauty, and body image when looking at these pictures. At the same time, by respectfully personalizing these paintings, I have connected with some long-favorite artworks in an intimate way, and hope to bring some of the less well-known works before new viewers. (For those already familiar with the original paintings, I hope my interpretations cast the traditional works in a new light.)” 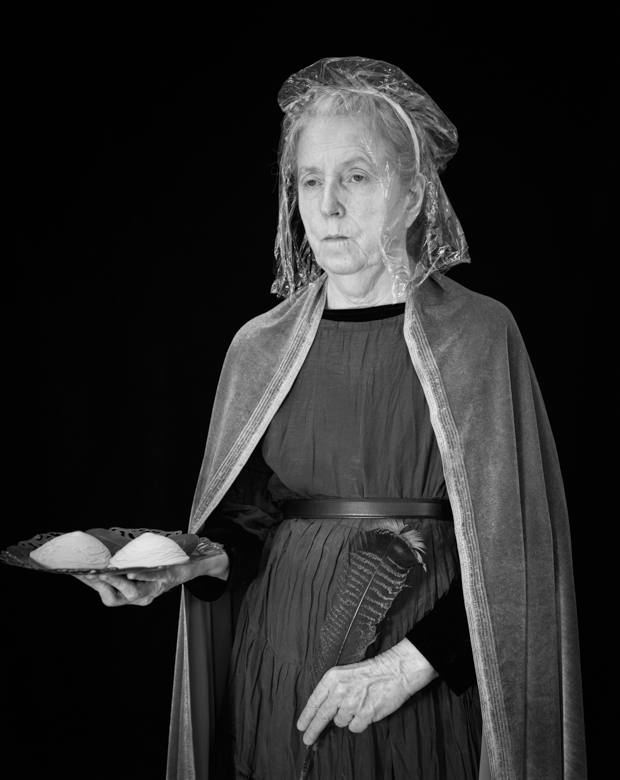 Is there a meaning behind the title Stages?
“Yes, there is a double meaning to the title. For me, the series is partly about coming to terms with different stages of life, loss, and aging, so the title refers to those stages of life that we all travel through. But the images are also conceived with a certain degree of humor and playfulness, and much of the hard work in creating these images was theatrical in nature, reminiscent of staging a play. There was the set design and staging in my house or backyard, the ‘costume’ selection from my own existing wardrobe, construction of some props or sewing of a few new pieces of attire, and then working myself into the pose and ‘acting’ the part, with feedback from my husband, Leonard Shar, who was an invaluable collaborator. So creating this portfolio allowed me to put myself on a series of theatrical stages.” 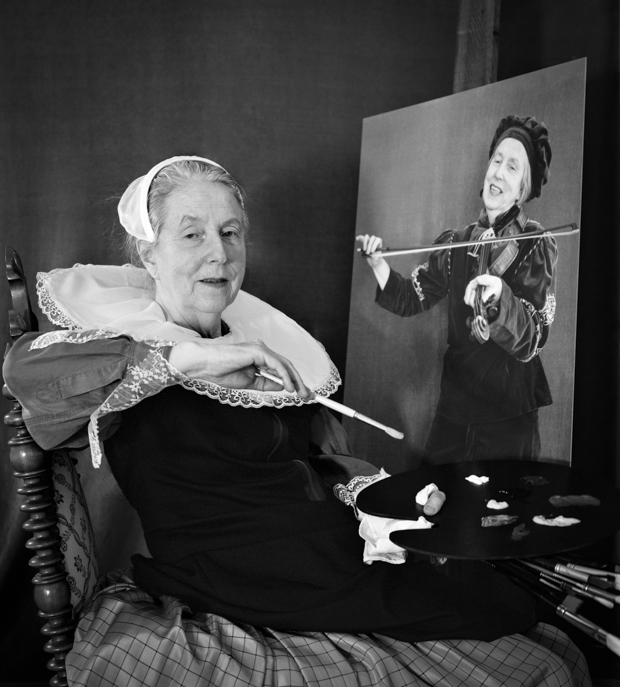 Do you have a favorite photo from this series – and if so, why?
“It is hard to choose a favorite. Each of the current 16 images in this portfolio is very personal; there is a story behind each one about the props, the location, and the circumstances behind the actual shooting of the picture. Each one is so different, with its own personality and backstory, that it becomes impossible to single out a favorite, like choosing a ‘favorite’ child. I have been gratified and surprised at hearing how viewers respond to the photos, though. For every instance in which someone has told me that they really didn’t think one particular image merited inclusion, someone else has told me that it’s their favorite of the bunch! And a few friends and colleagues have told me that they now think of my black-and-white photograph rather than Vermeer’s original oil when Girl with a Pearl Earring comes up. I find this somewhat shocking, but interesting.” 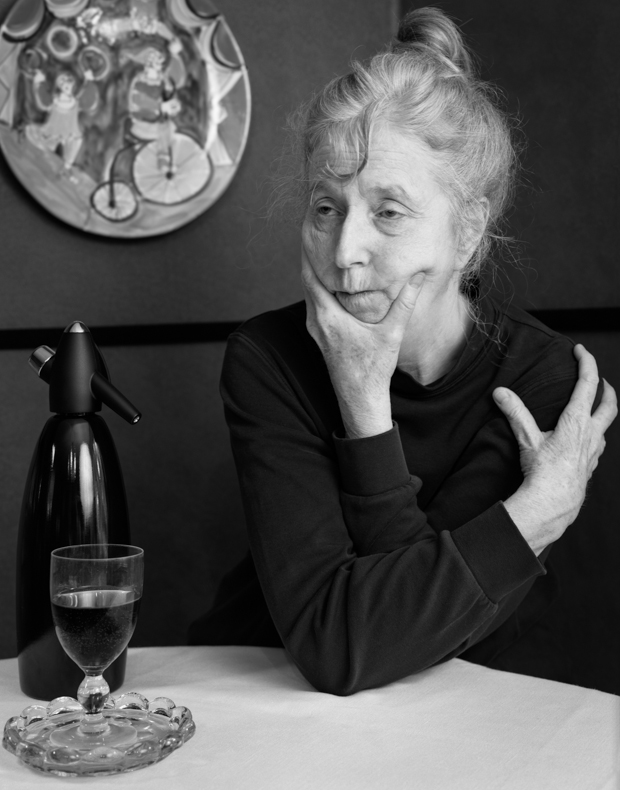 What has been the biggest challenge for you so far while shooting these portraits?
“There have been many challenges, but perhaps the most interesting one for me as an ‘artist’ has been how to create my own original pieces of work while so closely emulating a series of masterpieces. Instead of slavishly re-creating each source artwork I have tried to sacrifice features of the original while adding new touches to make an image that is both recognizably the painting and also purely me. I want the viewer to simultaneously have a flash of recognition (or curiosity if they don’t already know the original work) and a sense of disconnect that makes them think about their own preconceptions of beauty or gender. At the same time I hope there is some enjoyment in the experience of viewing these images. I am trying to walk a fine line without falling into pure comical mimicry or alternatively resorting to heavy-handed kitschy imitation or manipulation. I hope I’ve succeeded in maintaining a good balance in the majority of these works!” 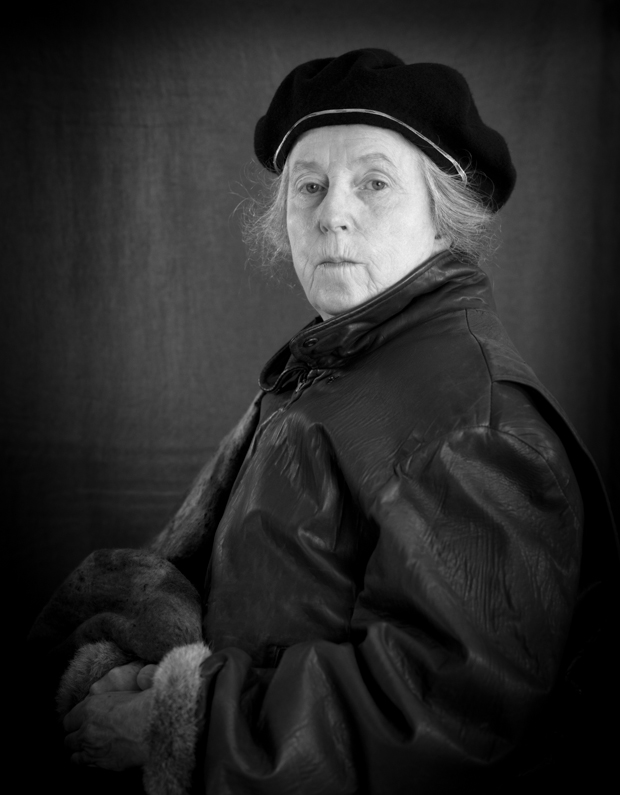 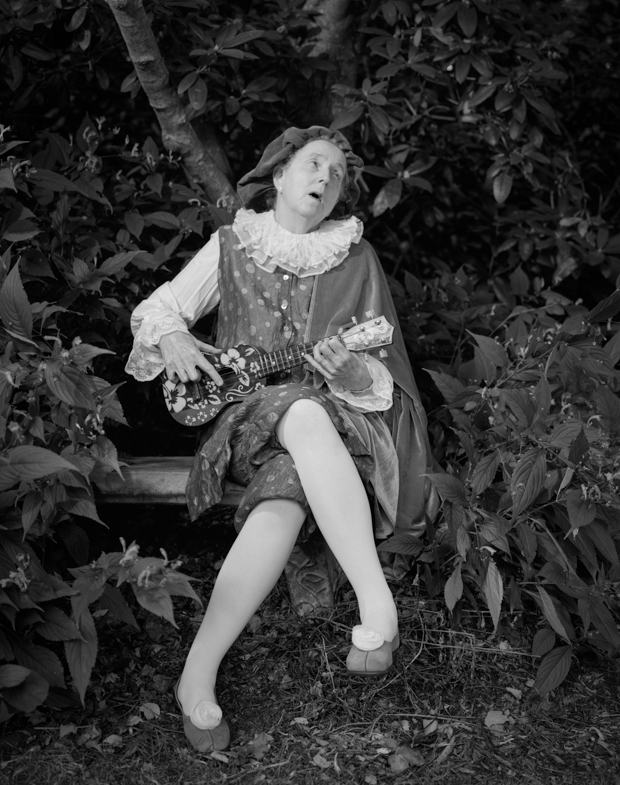 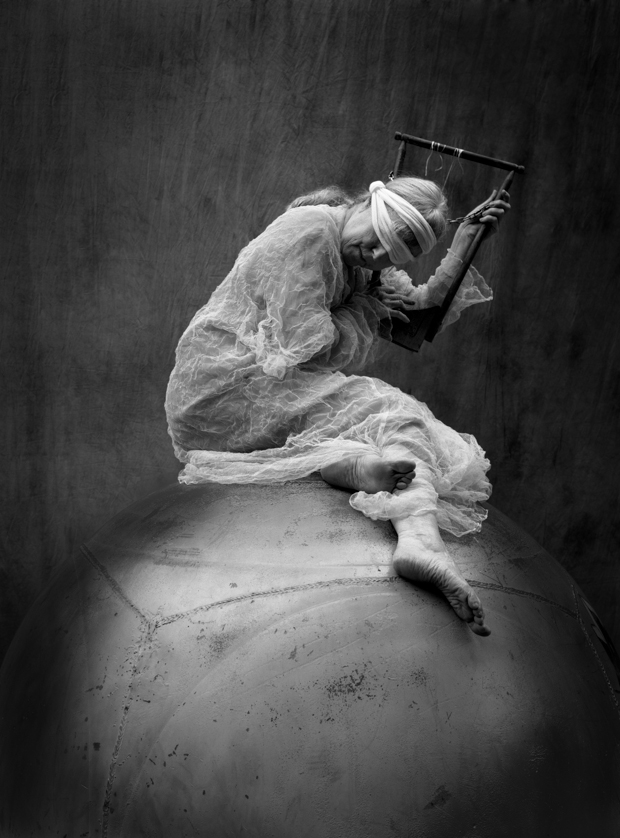