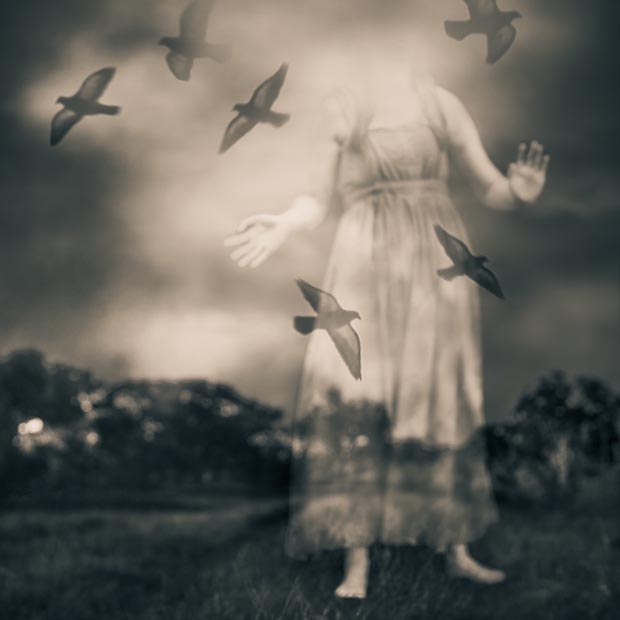 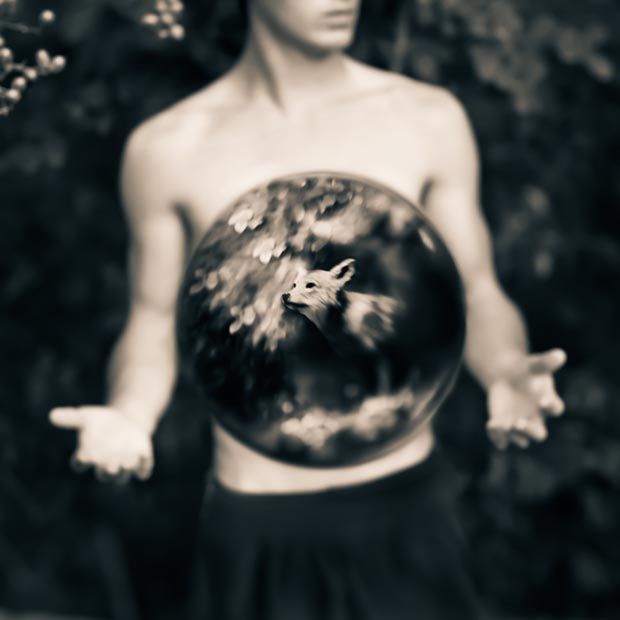 When Austin-based photographer Tami Bone was a little girl, she spent weekends over at her best friend’s ranch house, exploring the pastures by day and huddling under the blankets at night as the friend’s elder sister told ghost stories, the wind rustling the trees outside. The whole landscape of the South Texas, where she lived until the age of twelve, was colored by a palpable sense of enigma; around every corner lay a riddle for her to solve, a secret to decipher. Mythos is Bone’s homage to her childhood self, a return to the thrill and wonderment that molded her earliest memories.

As an infant, Bone was adopted by two loving parents—a minister and a teacher—who gave her the independence to explore the world that surrounded her. It was the 1950s, and the background behind her adoption remained mostly a mystery, one she tried to solve on her excursions through the nearby ranch houses and acres of prickly pear cacti and mesquite trees. She longed, she explains, for a sense of kinship with her surroundings, and that desire drove her to see the world through a lens of delight, surprise, and awe. She spent her days roaming the terrain, stumbling upon forgotten camps left by immigrants hoping to cross into the states, and once, hopping a fence to escape a charging bull.

Three decades later, when the photographer was in her thirties, she still maintained that yearning to understand the people and the places from whence she came. It wasn’t until she saw an old black and white photograph, perched in a shop window, that she uncovered a critical piece of who she was. In that photograph and in the art of photography, she suggests, she saw her future, and a way of revisiting her past.

The Mythos images, however, aren’t your standard black and white snapshots but montages composed of an average of five to seven exposures shot in the rural outskirts of Austin, near to Hill Country or Blackland Prairie. The animals that haunt her frames are most often found at local farms; the people are her daughter and her daughter’s friends. One image requires weeks, usually a month, to complete, and is only set aside once it is exactly to her liking.

In 2000, Bone finally received many of the answers she had sought for decades in the form of an unexpected phone call. The person on the other end of the line was her sister, a woman she had neither met nor ever knew existed. Her curiosity about her roots has been in many ways sated, and yet she continues to ask questions, not only about her own history and heritage but also about the origins of us all, our primordial beginnings and shadowy, precarious future. Says the artist of her work, “It always has something to do with seeing the unseeable, knowing the unknowable, with a keen awareness that there’s so much more than any of us will probably ever see.” 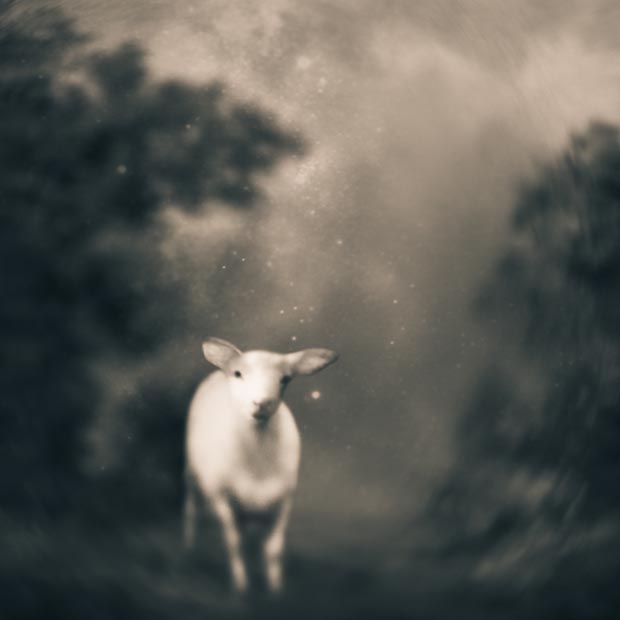 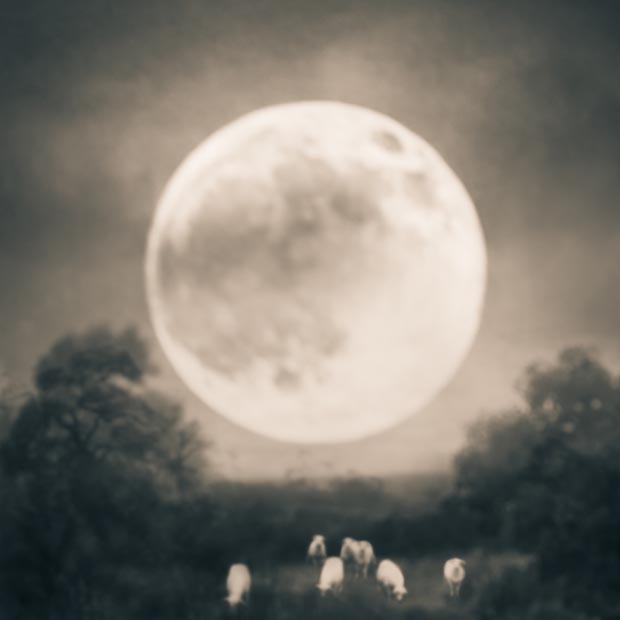 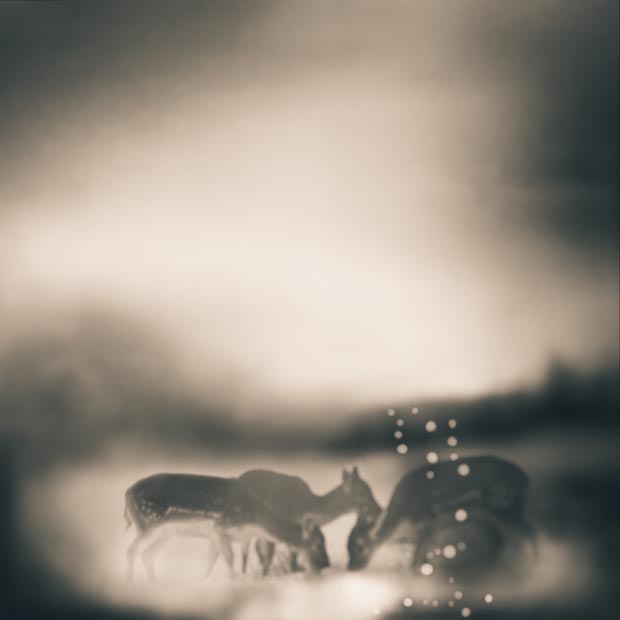 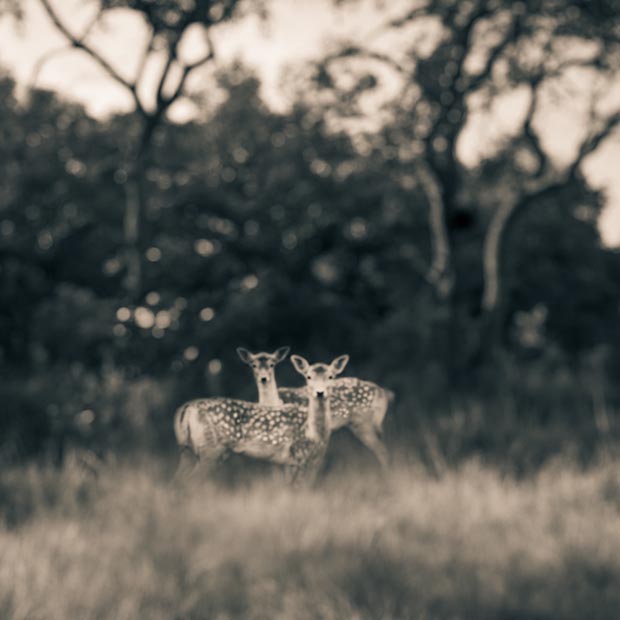 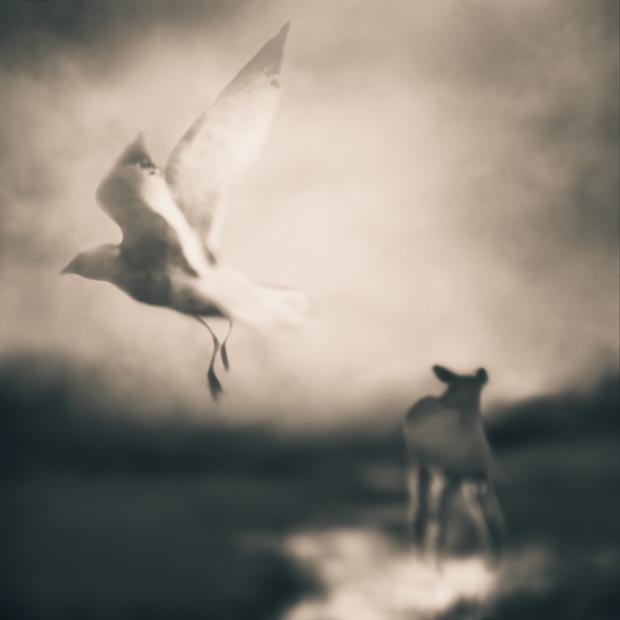 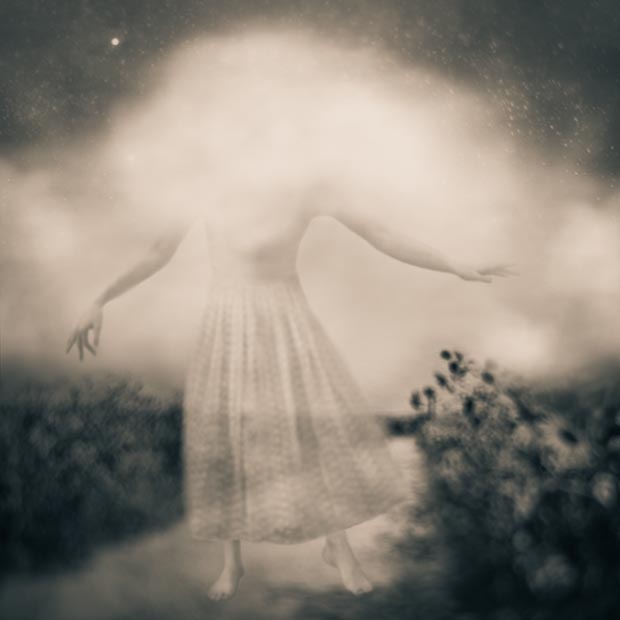 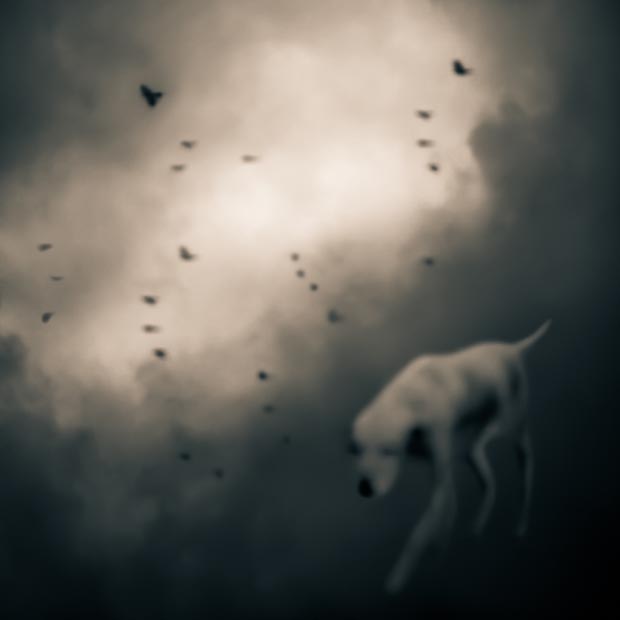 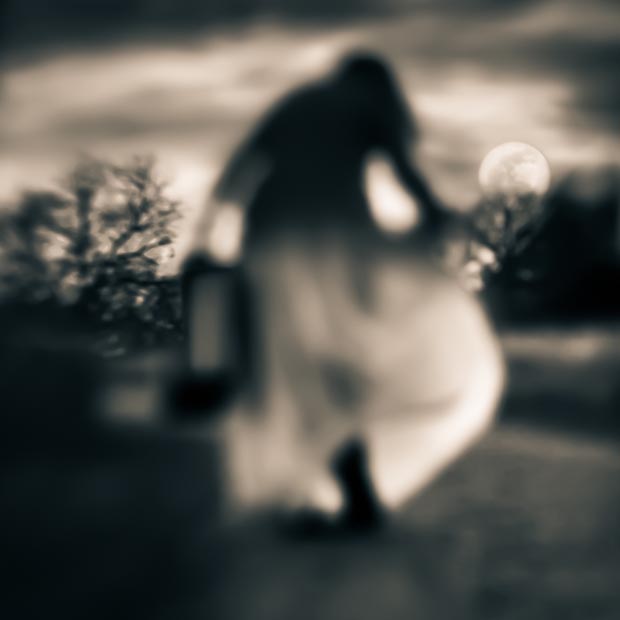 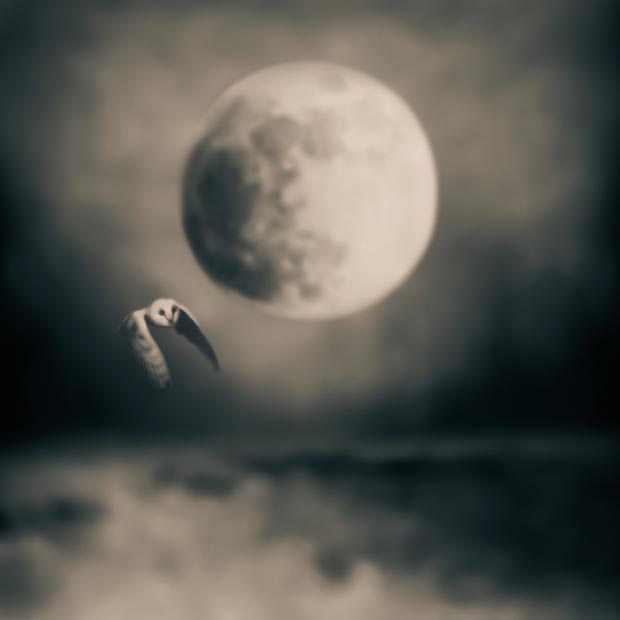 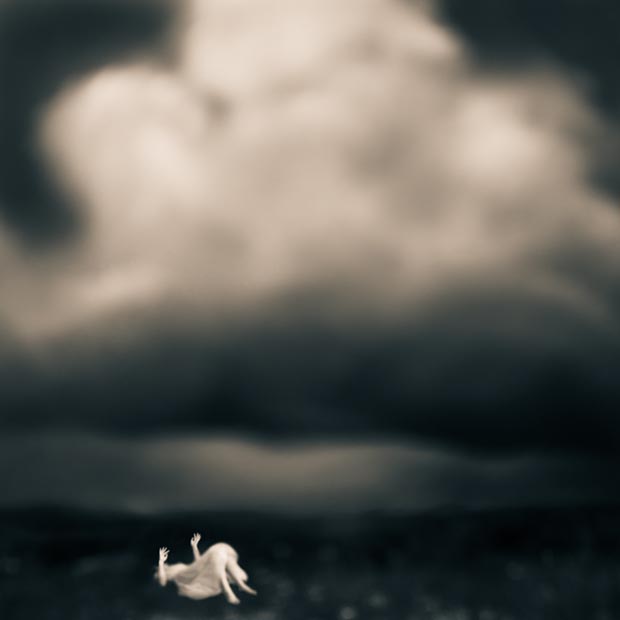 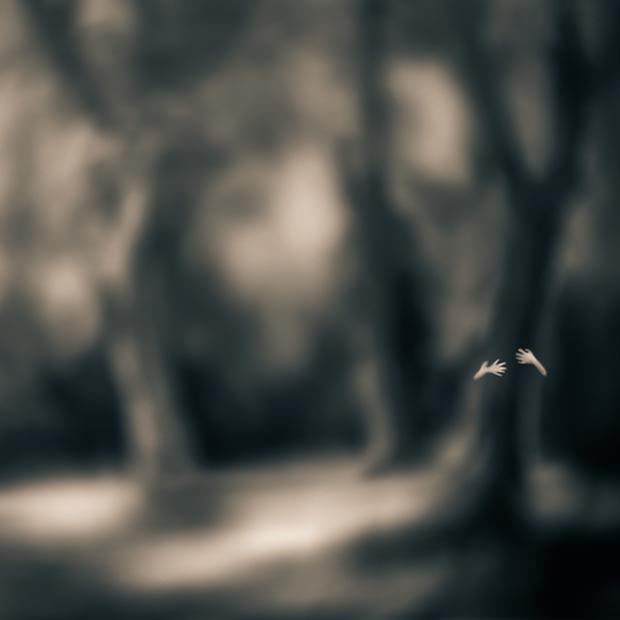 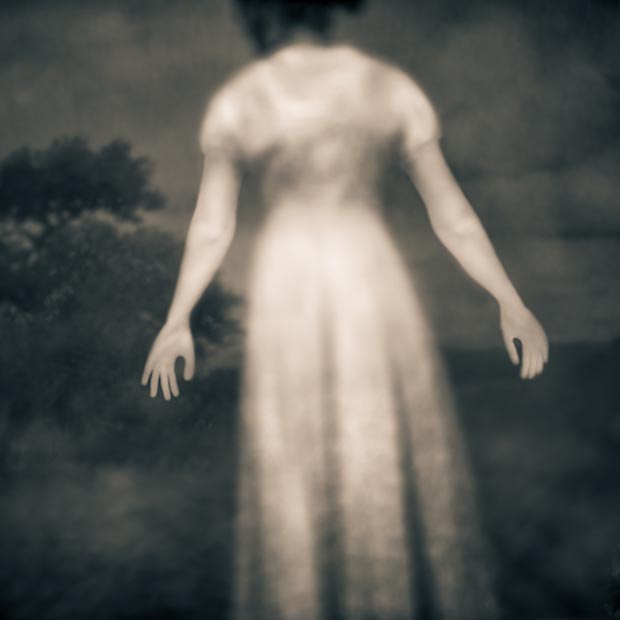