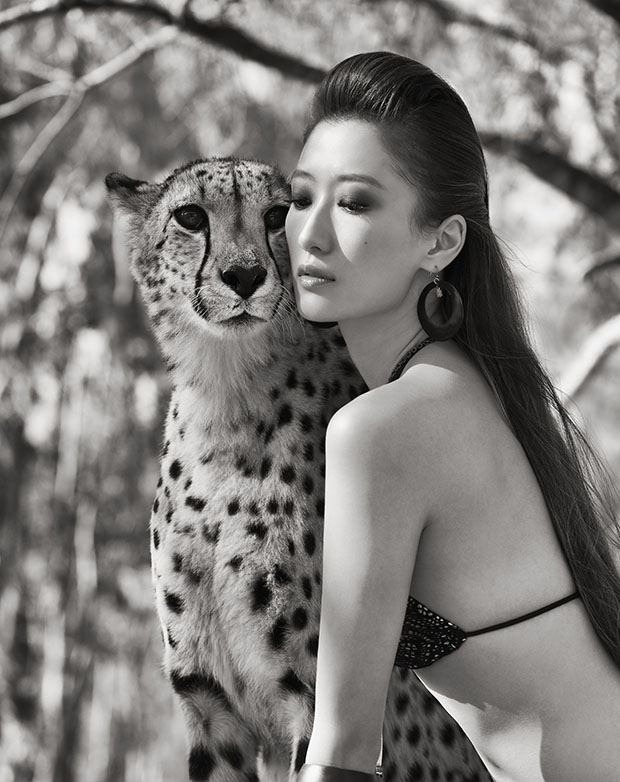 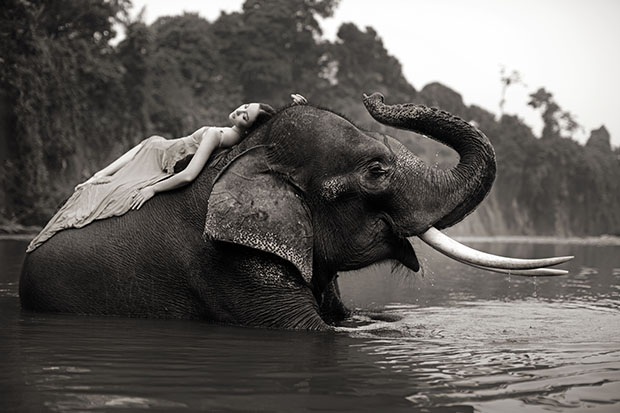 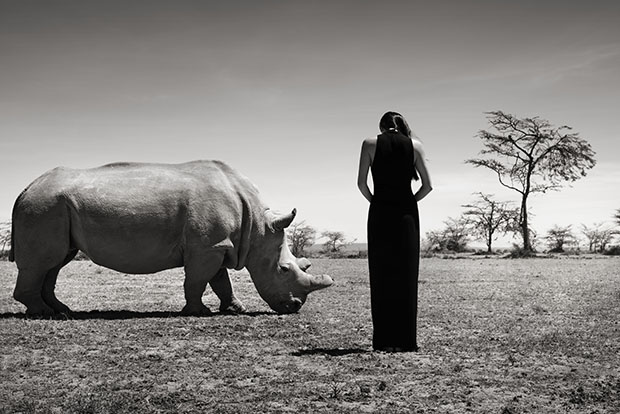 Sudan the 42-year-old northern white rhinoceros doesn’t know that he’s the only male remaining of his kind, that his fellows have been driven to extinction by a rhino horn trade that still threatens is life today. He spends his time playing in the mud and lounging in the shade at the Ol Pejeta Conservancy in Kenya, where he lives with two females under constant watch by armed guards. His horns are kept short to dissuade poachers looking to make a hefty sum. As the only living male, one of four living northern whites, Sudan, whose sperm count has decreased drastically his old age, could be the species’ last hope for survival.

Love Is Wild is photographer Sean Lee-Davies’s cri de coeur for animals like Sudan, for majestic creatures who have been similarly exploited and massacred; it’s the fault of man that half of the planet’s animal species have gone extinct, and for those that remain, the we’re the only chance they have. As the first project of its kind, Love Is Wild elicits the help of Asia’s top models and celebrities in giving voice to the rhinos, elephants, big cats, primates, giraffes, marine species, and more whose existence is at the very brink of collapse.

Through his non-profit organization PROJECT C:CHANGE, Lee-Davies devoted four years to touring eight countries in search of the sanctuaries, orphanages, and wild habitats that house the world’s most threatened animals. He met with leading conservationists Daphne Sheldrick, Jane Goodall, Richard Bonham, and Damian Mander to learn the circumstances surrounding each species he encountered.

The photographs in Love Is Wild capture real moments between Lee-Davies’s human and animal subjects, without the help of Photoshop, but the photographer stresses that they are not of course to be taken literally. He isn’t encouraging us to approach and snuggle with wild animals; instead, he’s asking us to take responsibility for our actions and to be the guardians and protectors that these creatures so desperately need.

Shark finning and the demand for shark fin soup, a food signifying wealth and luxury in China, has lead to millions of sharks dying painful deaths; the practice involves slicing the fin from the still-living shark before tossing him back into the water to drown. The World Wildlife Fund estimates that unless we stop our patterns now, all large marine life will be lost by 2050.

Rhinos like Sudan continue to be hunted and killed for their horns, falsely believed in parts of Southeast Asia to carry mystical or medicinal powers. Based on ignorance and superstition, rhinoceroses are poached in hopes of selling merely their horns, which can go for $65,000 per kilogram in parts of the continent. 35,000 elephants are similarly slaughtered annually for ivory, and the problem won’t stop until the consumption and demand ends. Hong Kong has more ivory products available for sale than any other place in the planet, and PROJECT C:CHANGE is asking the government to put an end to it once and for all. In conjunction with Love Is Wild, Lee-Davies is using the hashtag #EndtheIvoryTrade to help spread awareness for the dire situation.

Love Is Wild launches next Wednesday, November 11th, at Liang Yi Museum in Hong Kong, with events continuing throughout the month, including an exhibition at Galerie Huit and a charity gala with The Elephant Society. Net proceeds from all prints sold will go towards conservation-related charities, with more exhibitions to come.

To help, please consider contributing to the World Wildlife Fund, the Ol Pejeta Conservancy, or any of the amazing charities Lee-Davies supports, a full list of which can be found here. 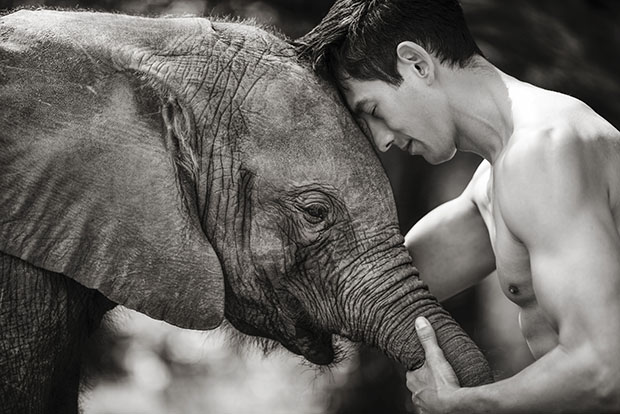 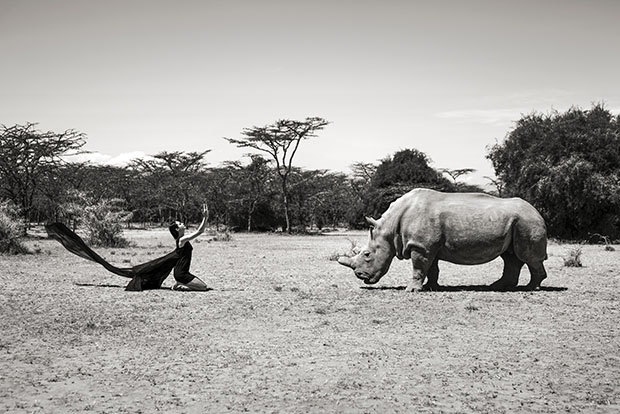 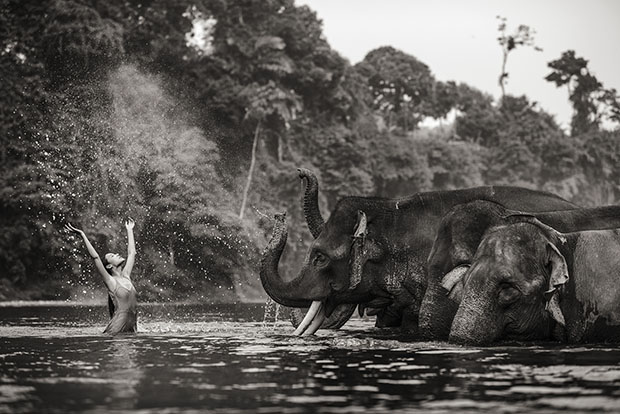 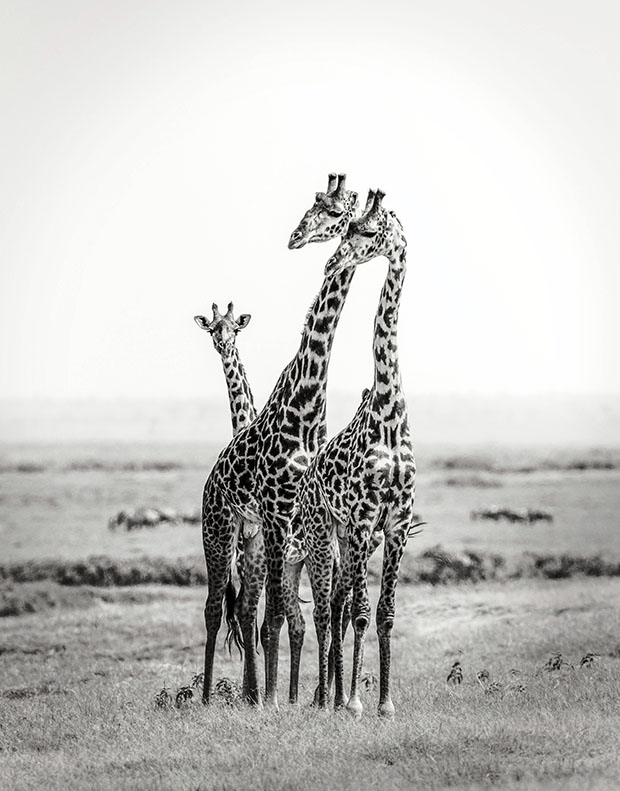 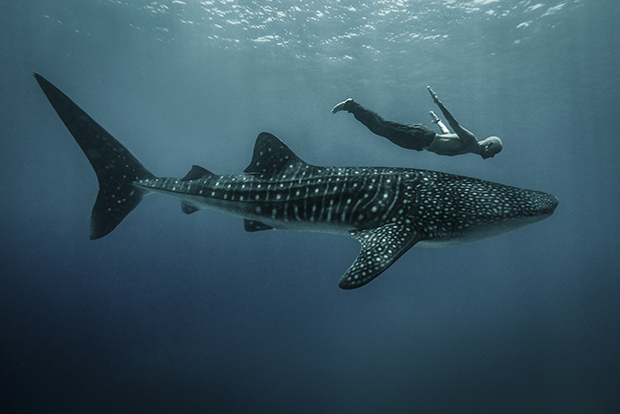 A freediver in The Philippines 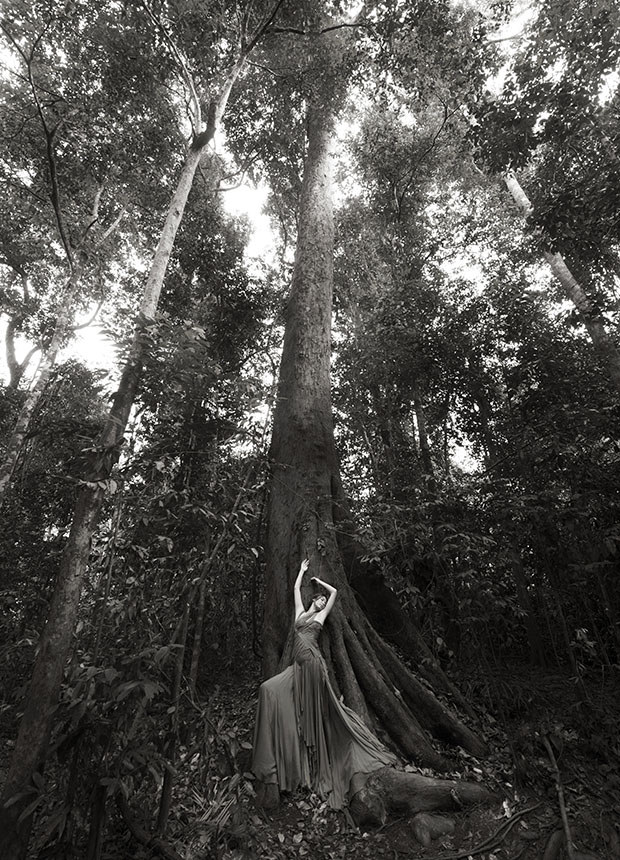 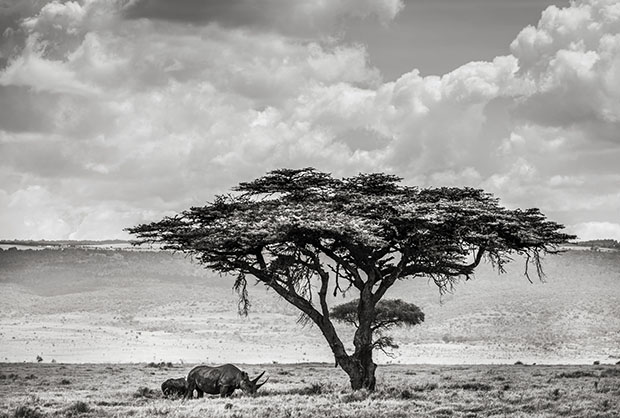 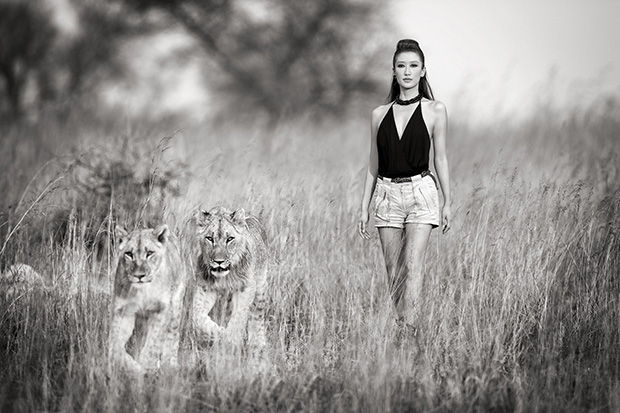 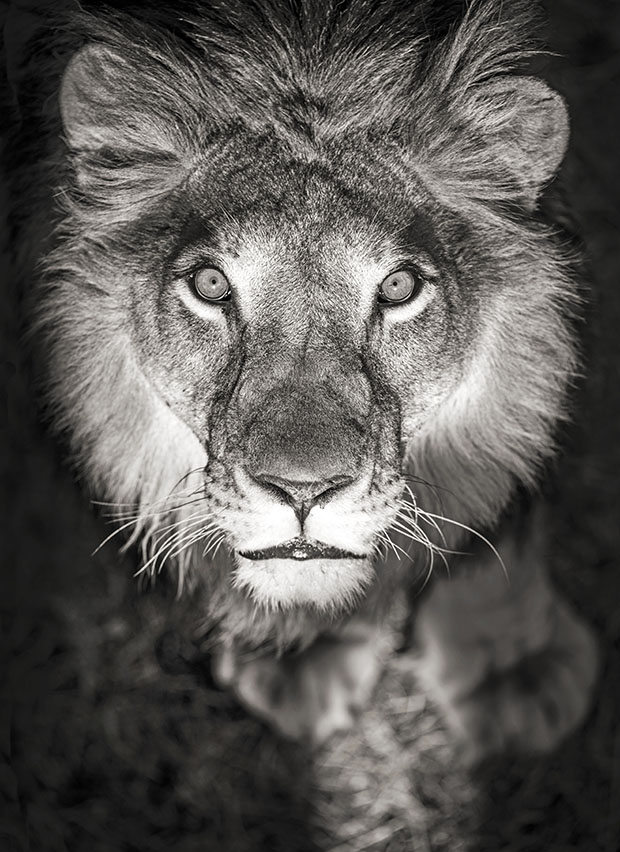 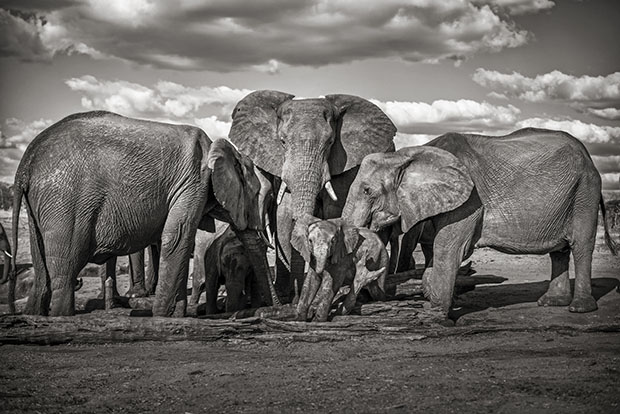 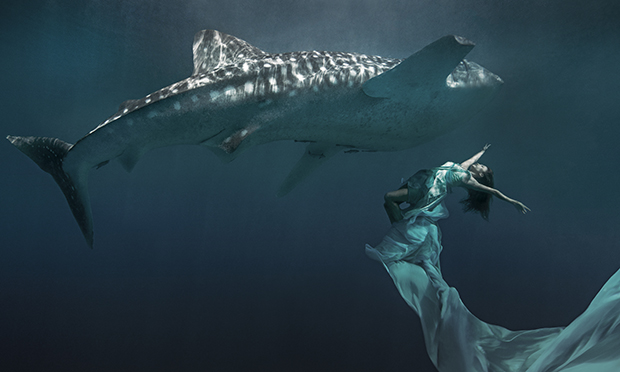