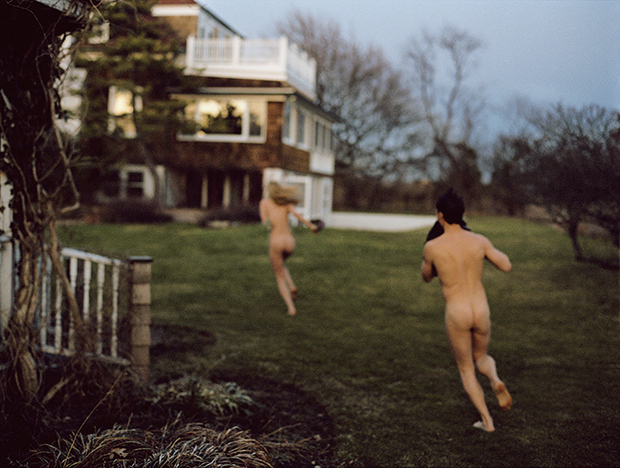 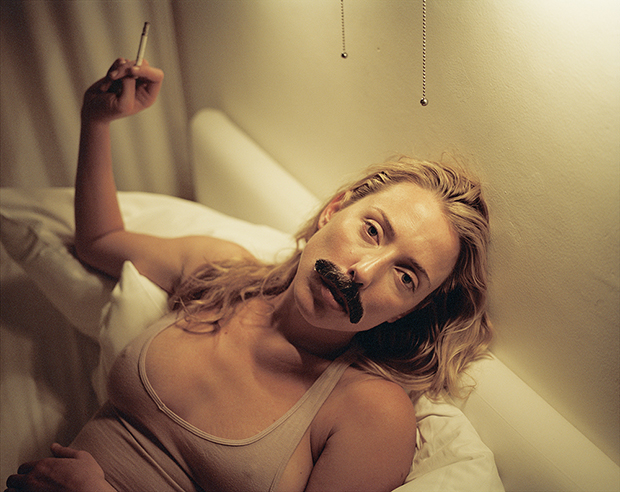 As he photographed his lover and close friend in the winterized bare-bones of a luxurious summer home, Cesar Chavez Lechowick created a body of work that is both lyrical and conceptually complex, both natural and theatrical. Shot over the course of numerous trips, Anthony and Cleopatra depicts the unraveling of the threesome’s collective and individual relationships. Though the nature and state of these relationships is not always explicit, layers of allusions to pop culture, classical art, and mid-20th century cinema express the subtle tensions that develop within the group.

While the series documents the subjects’ interactions with each other and their environment, Lechowick’s photographs also call attention to more conceptual questions of photographic genre, medium, and process. Without falling into the common formulaic tendencies of conceptualism, the images contemplate the confrontational relationship between subject and photographer, the blurred lines between perceived reality and total fantasy, and the infinite ways in which a photographer can interpret and piece together a narrative. It is the lyric quality and content of this work that first strikes the viewer—the colorful ambient light, intimate gaze, and delicate gestures—but it is the intellectual presence of Lechowick within the photographs that ultimately deepens the viewers’ experience. 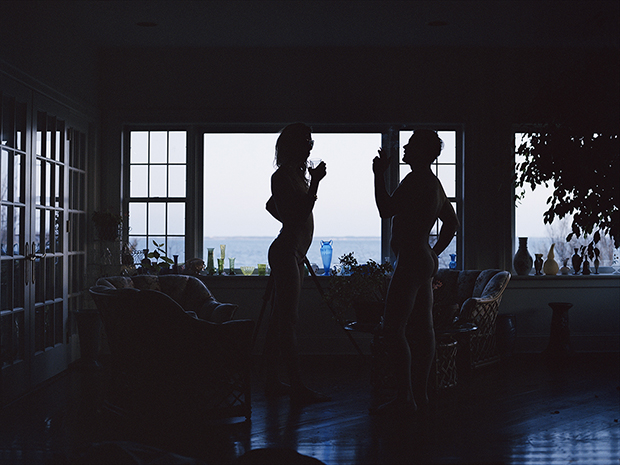 Anthony and Cleopatra walks a fine line between what feels like tableau and a documentary-esque unraveling that, as you point out, is reminiscent of Cassavette’s filmmaking. Could you talk a bit about how Cassavetes’ Woman Under the Influence informed this work? How has film influenced the way you shoot and how you think about narrative?
“The thing about influences for me, especially visual ones, is you don’t know when they are going to make themselves known in your pictures. Usually, much of the shooting has occurred, or the project may even be ‘over’ before you can see what has surreptitiously made its way into your work. At that point, teasing them out can still be a self-congratulating guessing game. My mind may come back to masterpieces such as Woman Under the Influence or Judith Slaying Holofernes constantly in my life after seeing them, but during the brief moments of the actually taking of the picture, my thinking is suspended.

“I have a memory of an image of Cassavetes filming Gina Rowlands in Woman Under the Influence. Cassavates is holding the camera while coming out of the floor, literally. Floor boards have been removed and he is positioned half in, half out of the floor to get the angle he wanted. He is in the skeleton of the house. He looks like he is being eaten by the house. His closeness to the set, the closeness of the camera to the actors and his familial connections to the actors is powerful.

“I like this closeness to the players in the scenes, both in proximity to the camera, and in regard to their emotional relationship to the shooter. I see these proximities in Anthony & Cleopatra. However, Anthony & Cleopatra was not scripted. Many people associate Cassavetes with improvisation even though so many of the scenes and much of the dialogue were scripted. In this regard, my approach was looser. I would notice scenes percolating and I would encourage them. Also, there is a self-portrait in my series, where as Cassavetes does not reveal himself in this film, as he did in many of his others. We do each have connections to the protagonists though: he to Gina Rowlands, actress and wife, and me to ‘Anthony,’ role player and lover. Also, my lover is not individualized like Rowland’s Mabel. His personality is placed aside to take on the role of the Anthony in the tumultuous relationship.” 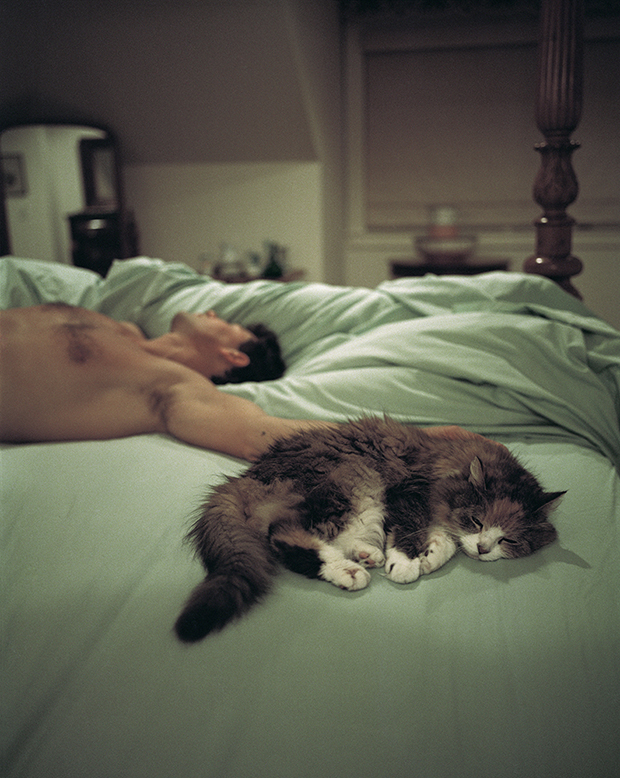 Iannis and Cleo sleeping together

You’ve mentioned that it wasn’t until the editing process that you really came to understand the peculiarity of your relationships. Can you discuss the initial impulse that led you to begin shooting and how the project developed over time? How did you come to title this series Anthony and Cleopatra?
“We decided to leave the city to try and escape our daily lives as we were experiencing a difficult period. A close friend of mine knew her family’s house would be empty so we headed out there on the weekends. The house was a set that the summer guests had left empty. Including the only full time resident, Cleopatra, the cat, it was just the four of us. The summer energy had disappeared completely. My friend’s mother collects antiques as did her paternal grandmother so the house contains layers of objects and rooms from different decades. There was a kind of melancholic, mish mash decadence running through the place. The longer we stayed there the more extroverted my lover and my best friend became while I had the opposite reaction becoming less verbal and more removed. The set of the house began to envelope us. I started to shoot in bursts while they ran wild with Cleo.

“I mention in my statement that the series is ‘trauma induced.’ Looking back now, that sounds exaggerated, but at the time it felt like that. And from this intensity the images emerged. This high drama is emphasized in the title.

“The title comes from Cleo the house cat and Anthony, the alcoholic heir from The Beautiful and Damned. The doomed relationships are implicit.” 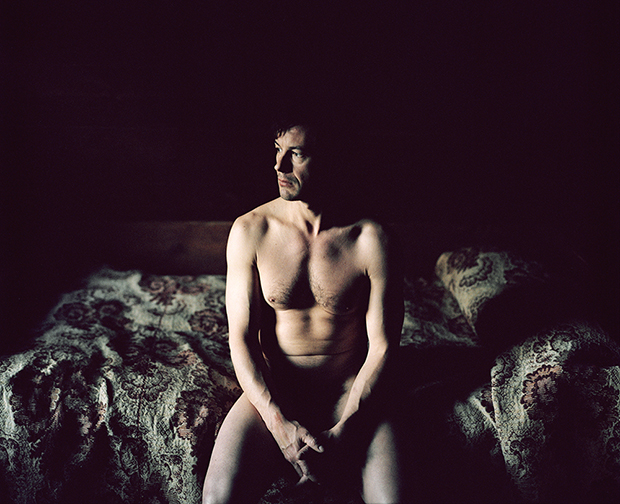 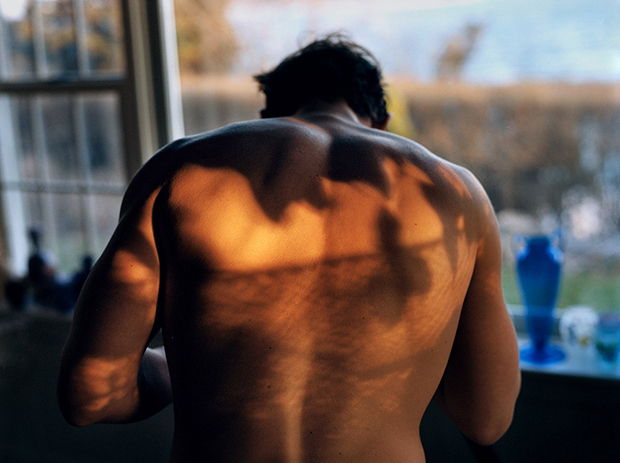 Does your relationship to the project change over time simply from a viewer’s perspective, or is there a compulsion to continue shooting, adding to, and editing this particular body of work as your relationships change and you continue to return to the house?
“When the initial contacts came back and I noticed groups of images emerging we returned to the island as often as possible and I shot like a beast. When I see something significant bubbling up obsession kicks in and like many artists I want to return over and over to make more images. Better images. However, the window for creating under these particular conditions did not stay open. It was like one of my reoccurring stress dreams where the sun is going down or the magnificent scene is ending and my camera will not focus and I am running out of film. I did not want the scenarios to end. The friendships imploded, the seasons changed. The impulse was there to add images and keep pursuing the project, but things had morphed too much.” 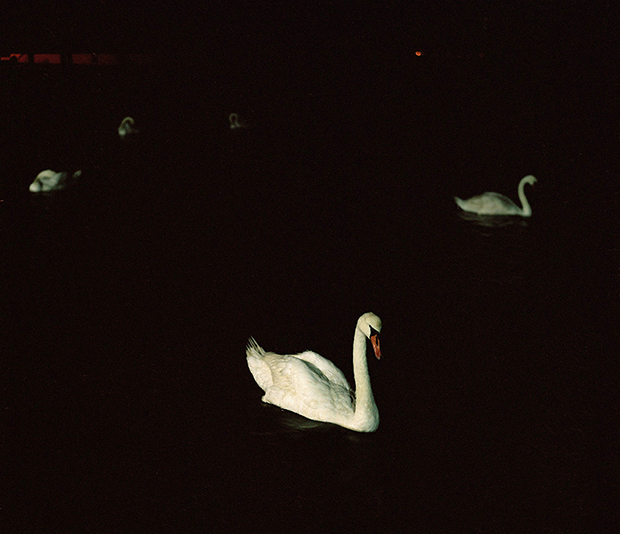 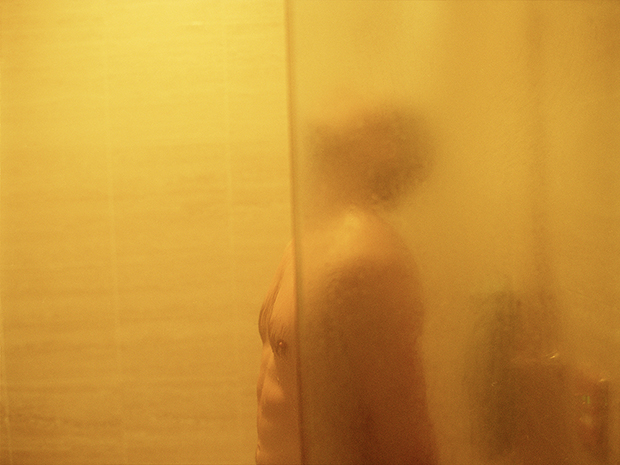 Standing in the Shower Thinking

Can you talk about the role of color in your portraiture?
“I often build my images around the color of existing, ambient light. I want to get as close as possible in the print to what I am seeing in the moment. Because of varying color temperatures from all the light sources and the consistent fallacy of memory, color correcting is an endless battle.” 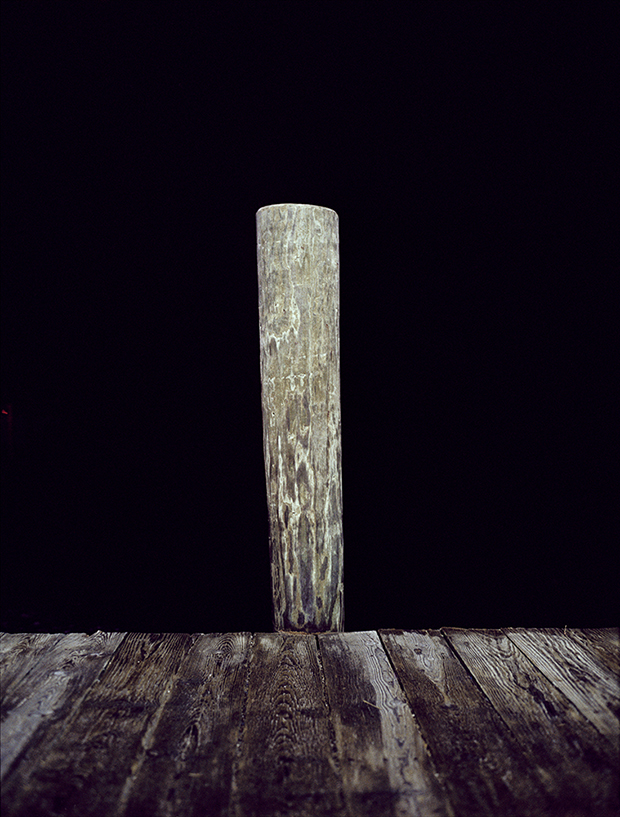 There’s a strong narrative connection among many of the portraits in the series, and the still lifes provide a necessary tonal context. Could you talk a bit about your picture Cherry Pole and its relationship to the project?
“This image is like a word that you repeat until it becomes something else. Still lifes can have that effect when taken out of context enough. And still, it remains what it is, a tongue and cheek reminder that their experiences are taking place on, and affected by an ocean.” 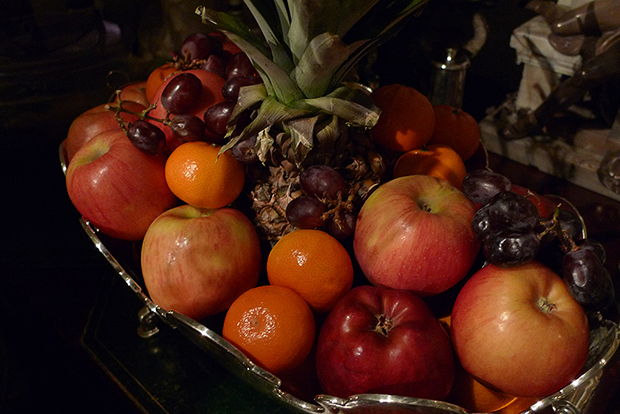 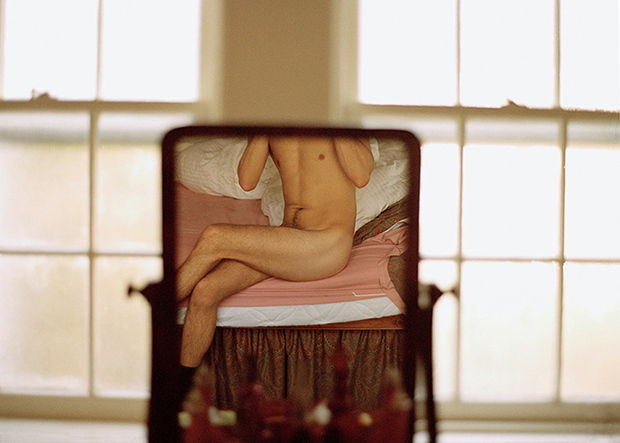 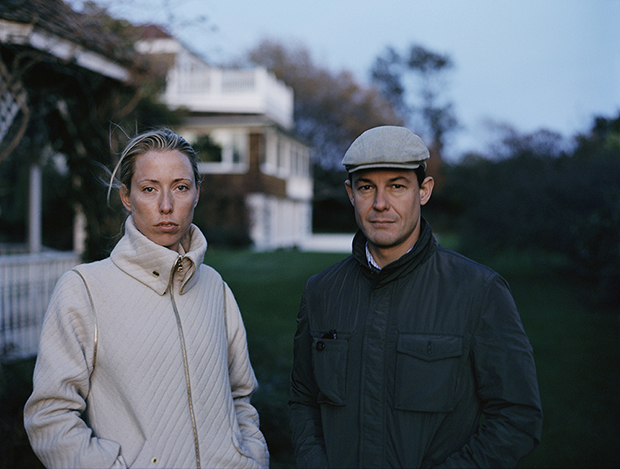