Jaw-Dropping Aerial Photographs Capture the Earth’s Water from Above 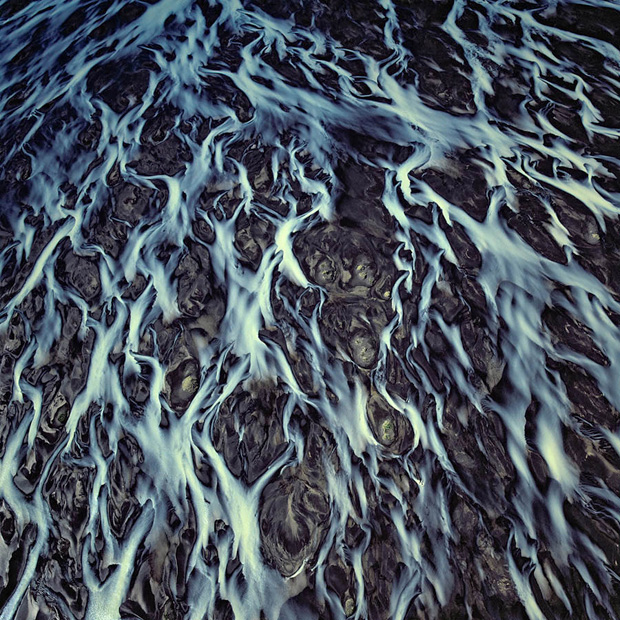 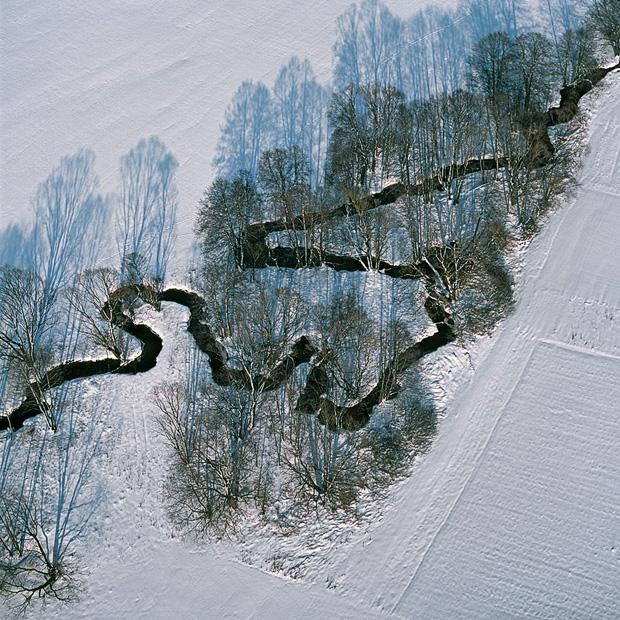 For German photographer Bernhard Edmaier, water is both immortal and living, shifting from ice to liquid to vapor and back again. It is simultaneously indestructible and ephemeral, essential to all known life forms and yet capable of obliterating us entirely. WATER, composed of aerial images shot across all continents on Earth, is first a paean to the element as the origin of our being and second a revelation about its potential for annihilation, set in motion by the hands of mankind and climate change.

Edmaier, who has devoted the last two decades to his photography, has an extensive background in geography; each scene in WATER is illuminated by passages of text. On Earth, as in no other known planet, water exists is three states, as a gas, a liquid, and a solid, each of which supports a diversity of life and activity. All in all, our world holds an astonishing 1.4 billion cubic kilometers of water, and yet, from the permafrost soil of the arctic to the water vapor that rises from the mouths of volcanos, that simple trinity of atoms (two hydrogen, one oxygen) becomes an eternal chameleon, revealing itself it different ways across continents and eons.

Edmaier shoots from the air, traveling from one impenetrable region to the next aboard local aircrafts. He might circle a site over and over until he captures the perfect shot, one that stays true to the geography while slipping ever so slightly into abstraction and allegory. Water, he suggests, can both build our land and erode it; over time, it can deposit and construct rock or break it into so many tiny grains of sand. It can produce volcanic eruptions and shatter stone.

Although WATER of course features no visible signs of humankind, we haunt each and every frame. Within the water, we have provoked something ruthless and volatile; because of global warming, our global sea level is rising at a rate of three millimeters annually. With the elevation, coastlines and being torn and rebuilt, our map irrevocably altered. Water, perhaps the most powerful force on our planet, has folded to the pressures of man, making our future uncertain and our chances for survival as fickle as the changing of the tides. 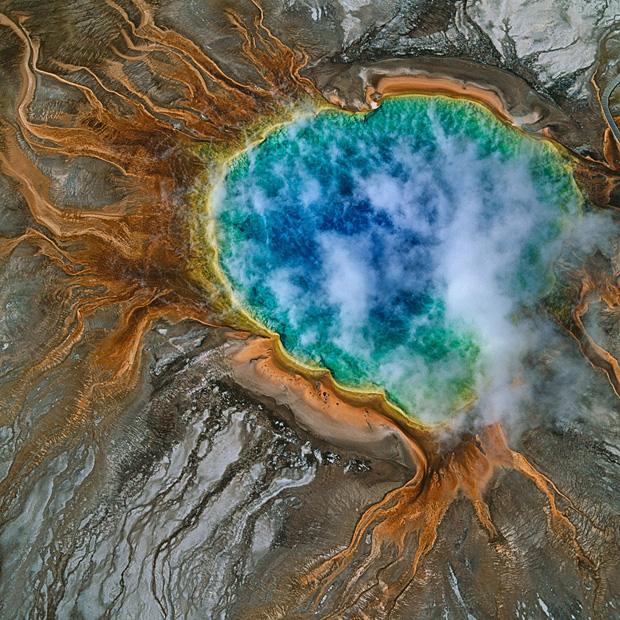 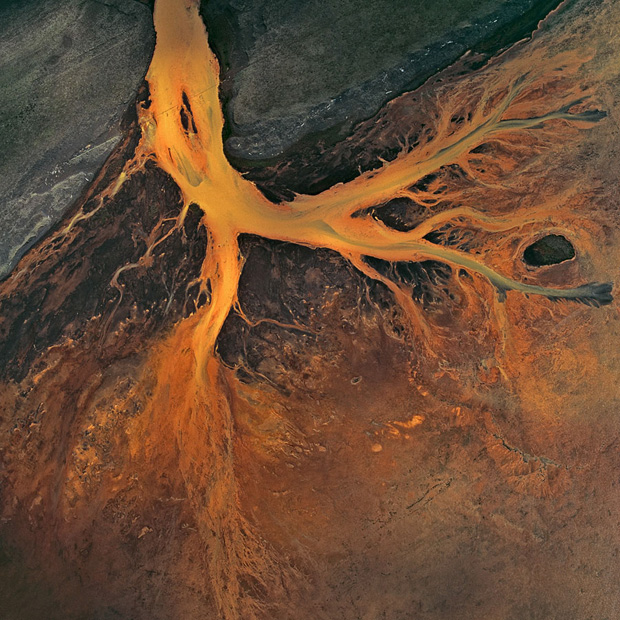 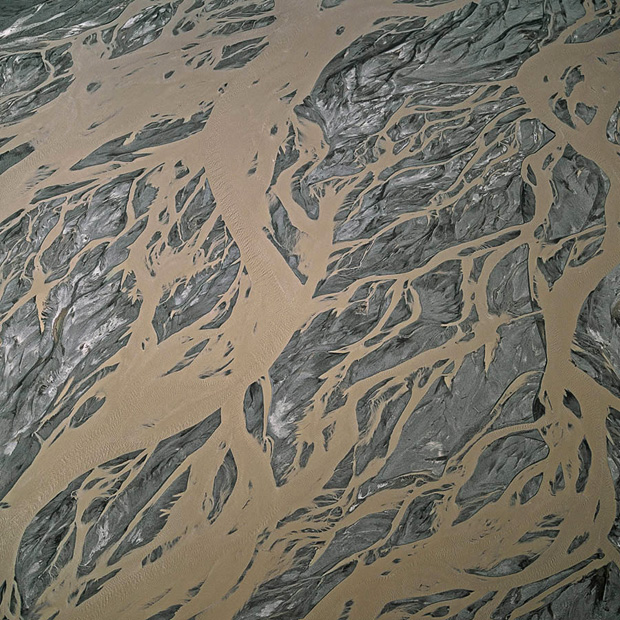 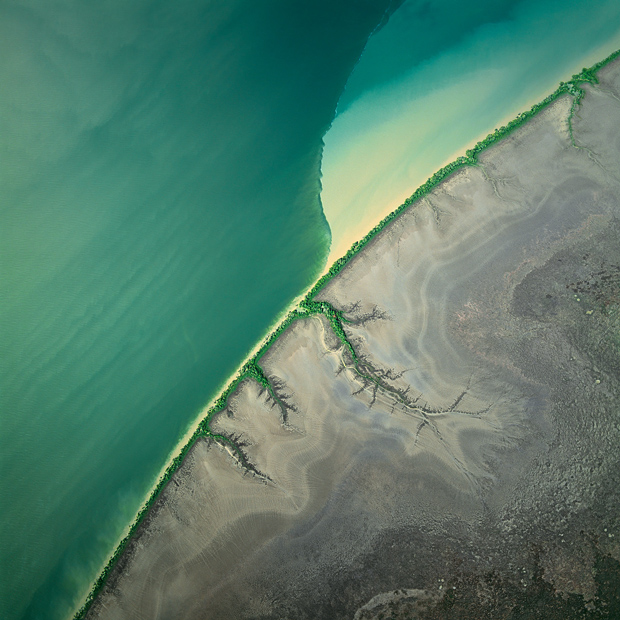 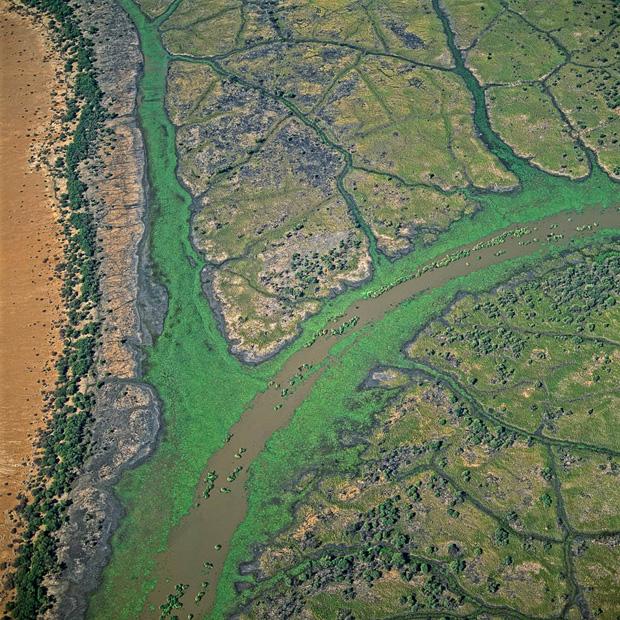 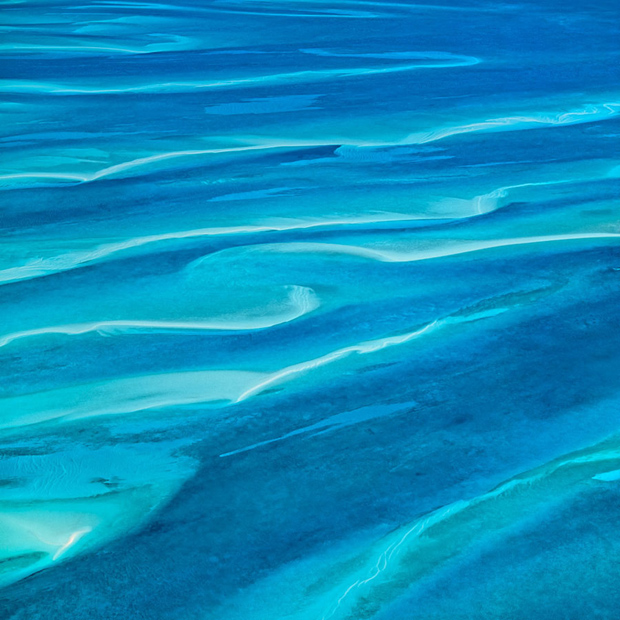 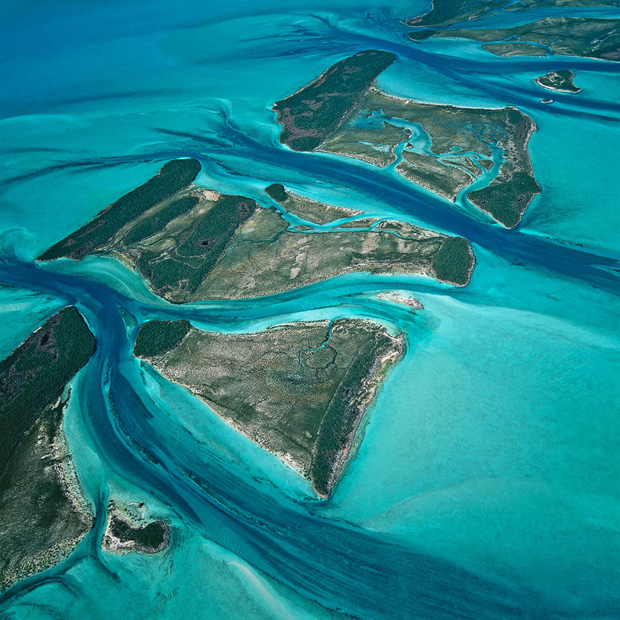 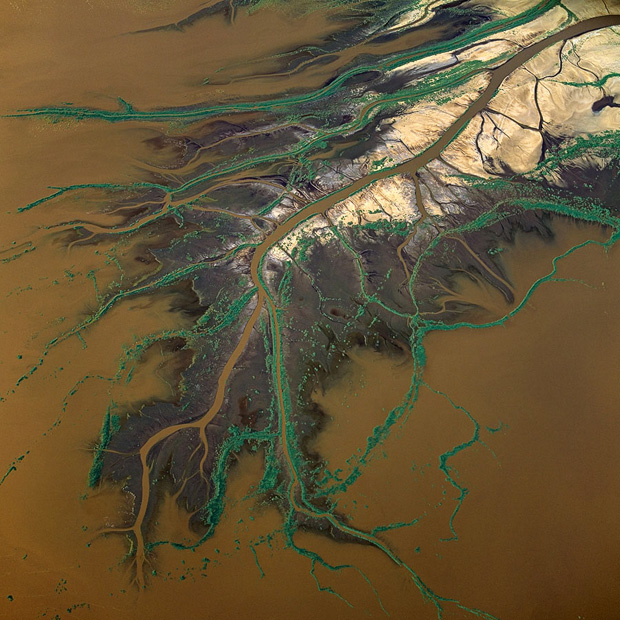 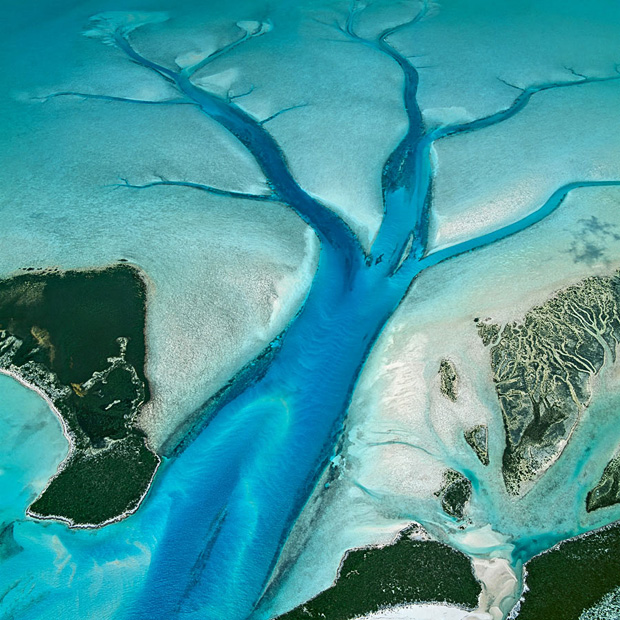 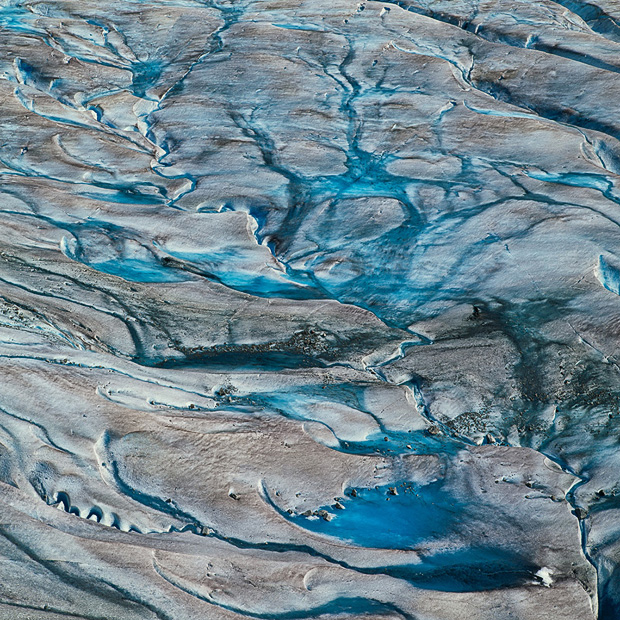 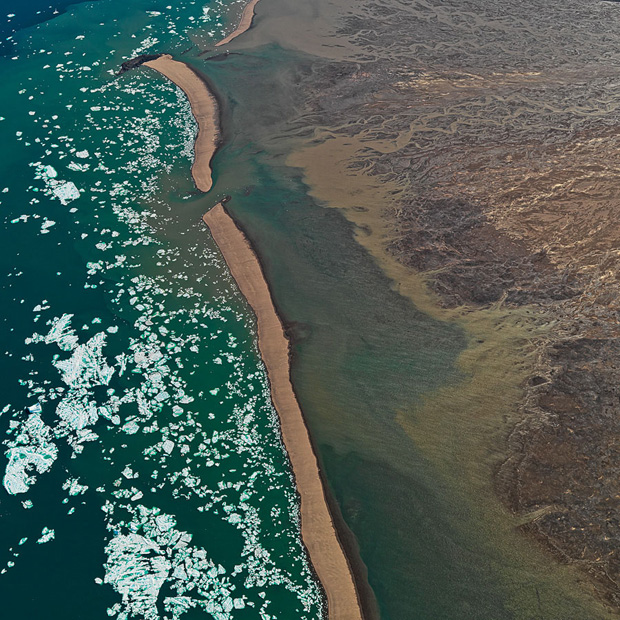 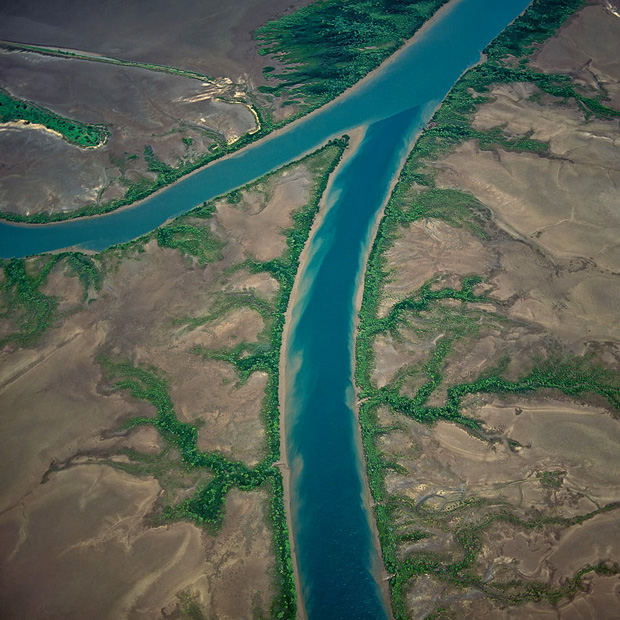 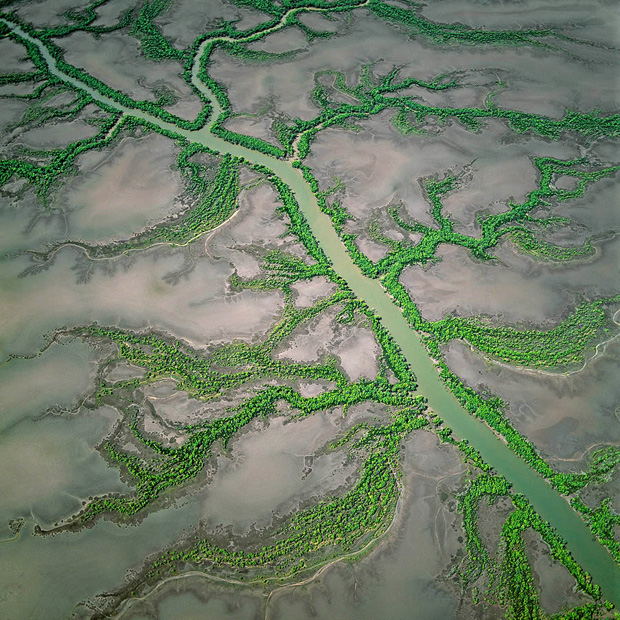 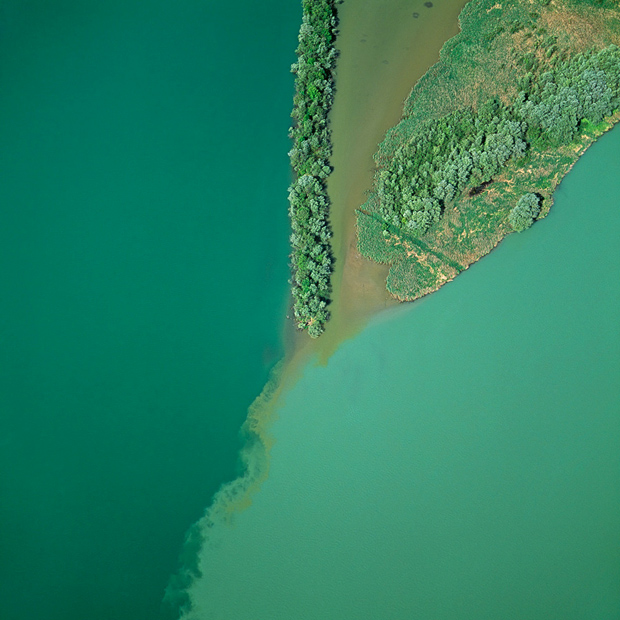 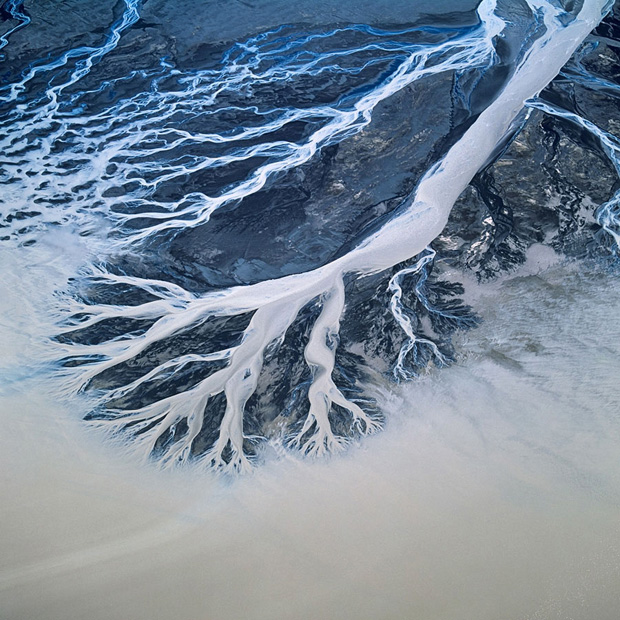 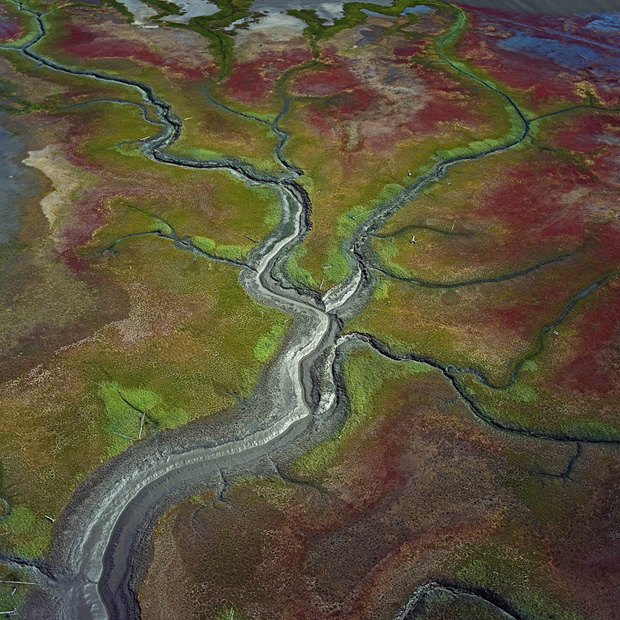 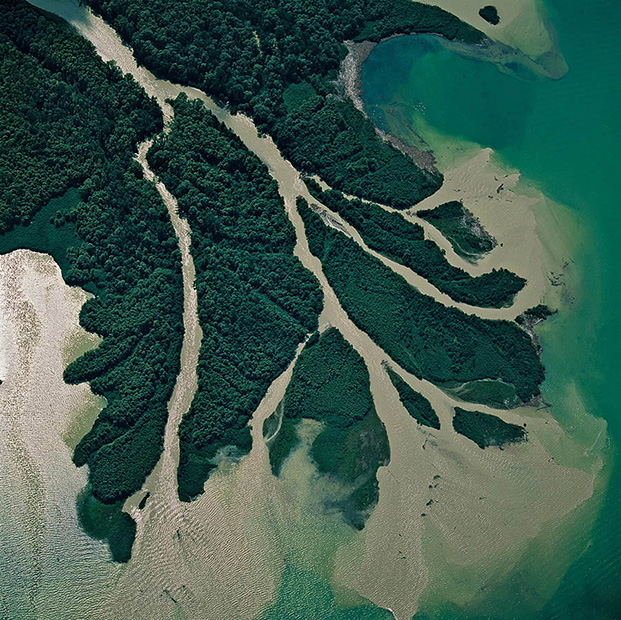 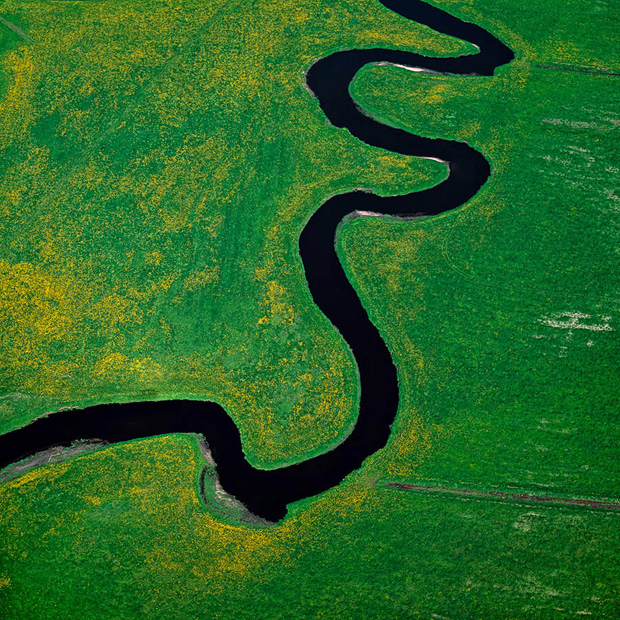 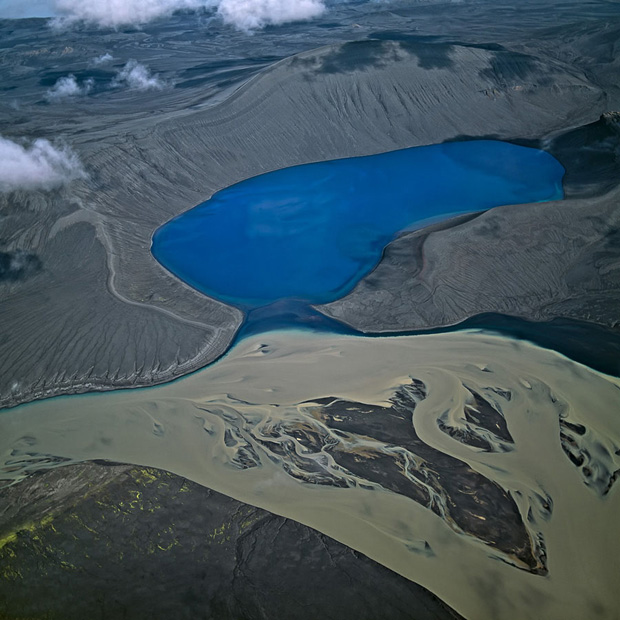