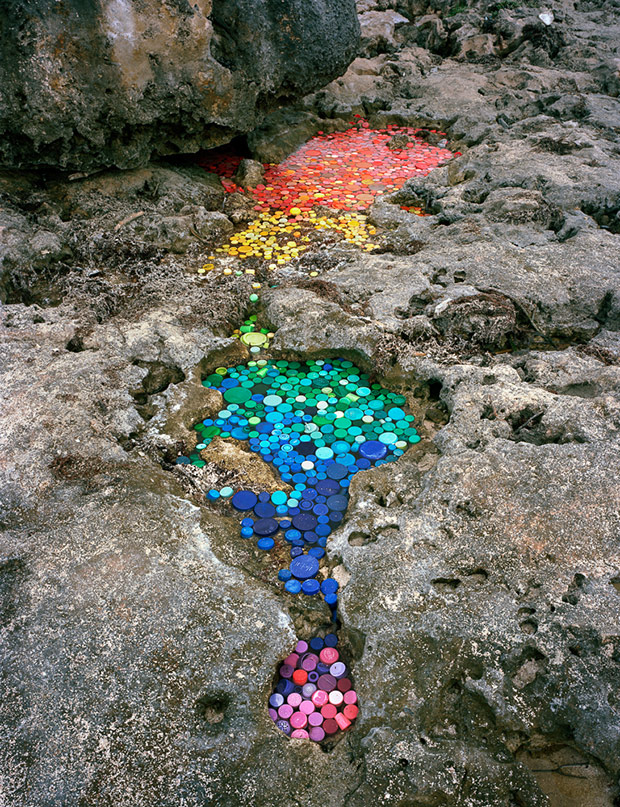 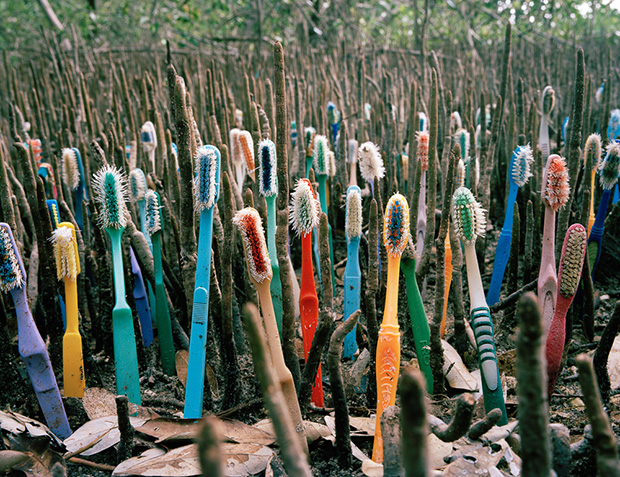 Along the lush banks of Sian Ka’an reserve in Mexico, Brooklyn-based photographer Alejandro Durán has discovered heaps of plastic refuse originating from more than fifty countries and all six human-inhabited continents. For Washed Up, he culls large volumes of waste from the shores, constructing site-specific installations in which trash can be seen literally encroaching upon the delicate ecosystem.

Sian Ka’an, named for the Mayan words for “Origin of the Sky,” is a sanctuary not only for dozens of archeological sites but also for an astonishing array of terrestrial, avian, and marine plants and animals, including one of the planet’s most valuable barrier reef systems. Although the coastal region is protected as UNESCO World Heritage site, it is ravaged by staggering amounts of garbage, carried to across continents the backs of ocean waves.

Although he was not able to pinpoint from where each piece of trash had traveled, Durán could identify the nation wherein most discarded plastics were manufactured. Most of the waste washed ashore came from land that runs alongside the Caribbean Sea, although countless governments and communities throughout the world are also assuredly implicated in the widespread pollution.

When he first witnessed the plastics of the Sian Ka’an shore, the photographer was repulsed, but he channeled his instinctual reaction towards making positive change. In making something aesthetically compelling from the wreckage, he hopes to raise awareness about the issue, to confront our wasteful habits, and to encourage governments and large corporations to be more ethical with their waste.

The sculptures– from the gathering of the trash to the shooting of the final image– usually take about ten days to build, though that varies based on the installation and location. Durán aims to construct scenes in which the artificial and toxic becomes wholly and integrated within the natural world, so making the perfect installation often requires multiple attempts. The process, he says, is similar to painting, only pigment is replaced with trash and canvas substituted for the landscape.

Ultimately, suggests the photographer, he isn’t constructing a surreal landscape but unveiling painful truths about the real world and what we’ve done to it. After plastics contaminate the ocean, they release toxins into the water, are consumed by marine wildlife, and ultimately by human mouths. Sadly, many of the plastics collected by Durán cannot be recycled due to extended exposure to sea water and sunlight, so he holds onto them for future use in his own art as well as work in community education programs. “I think that we are just starting to see the damage that we are causing to our marine ecosystems and ourselves,” cautions the photographer. 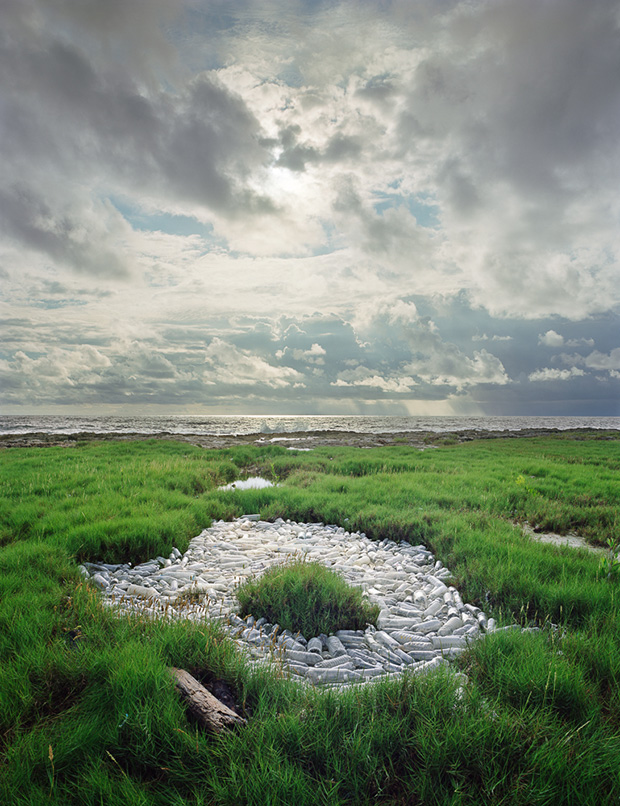 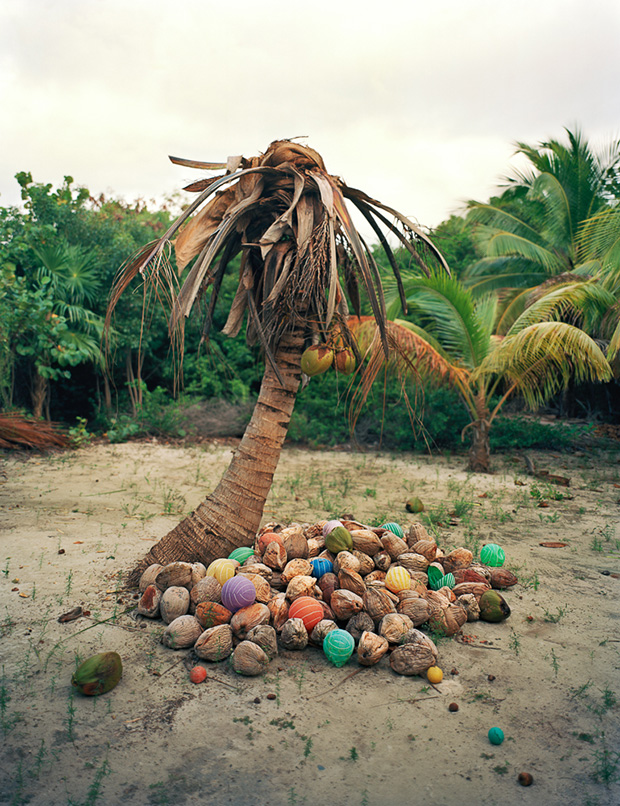 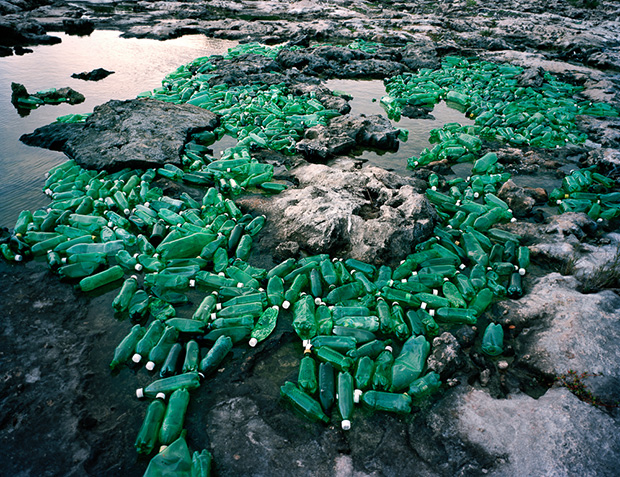 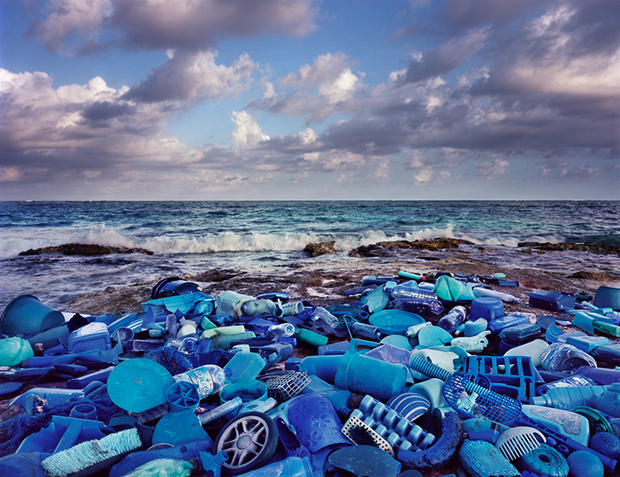 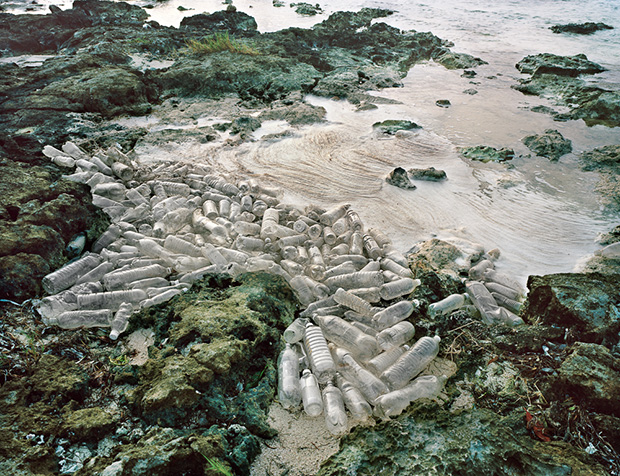 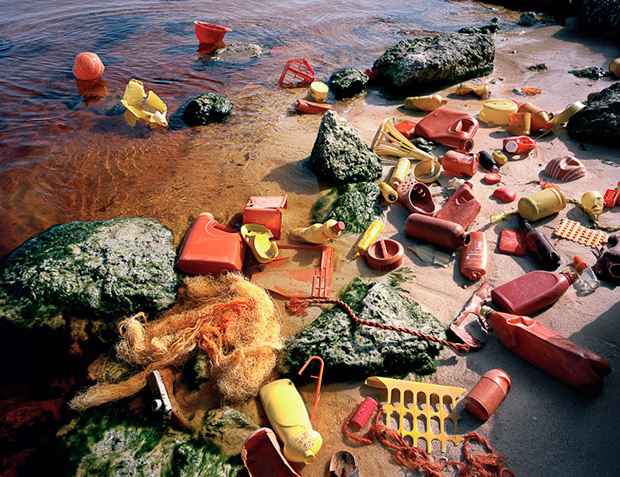 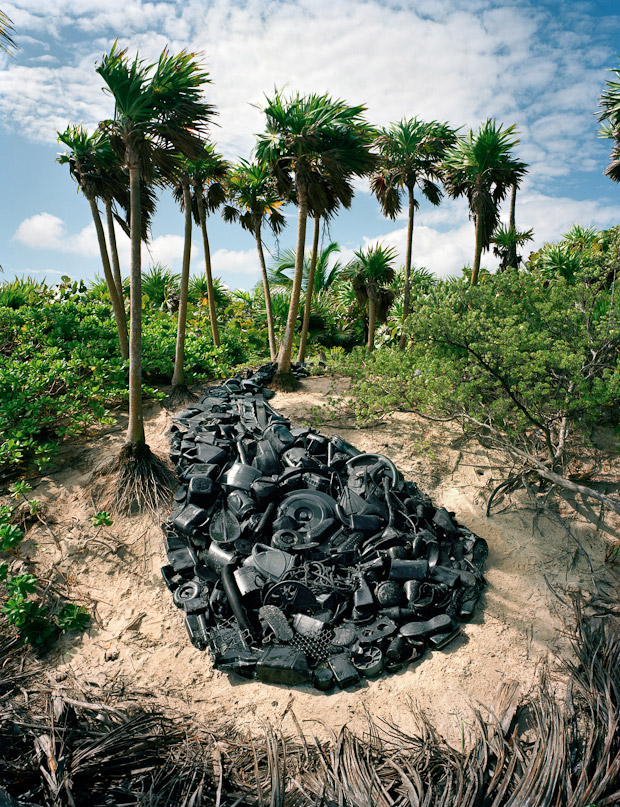 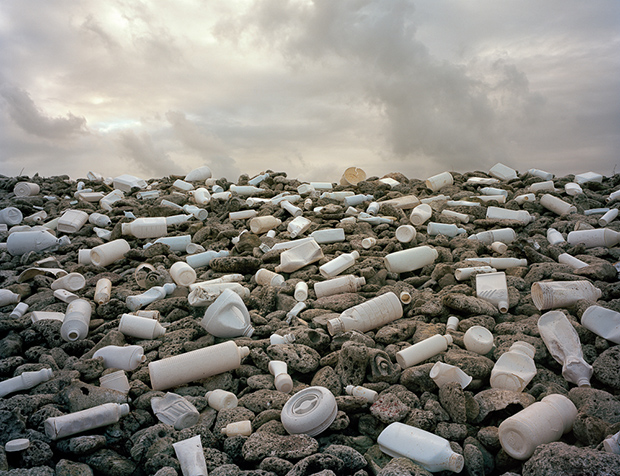 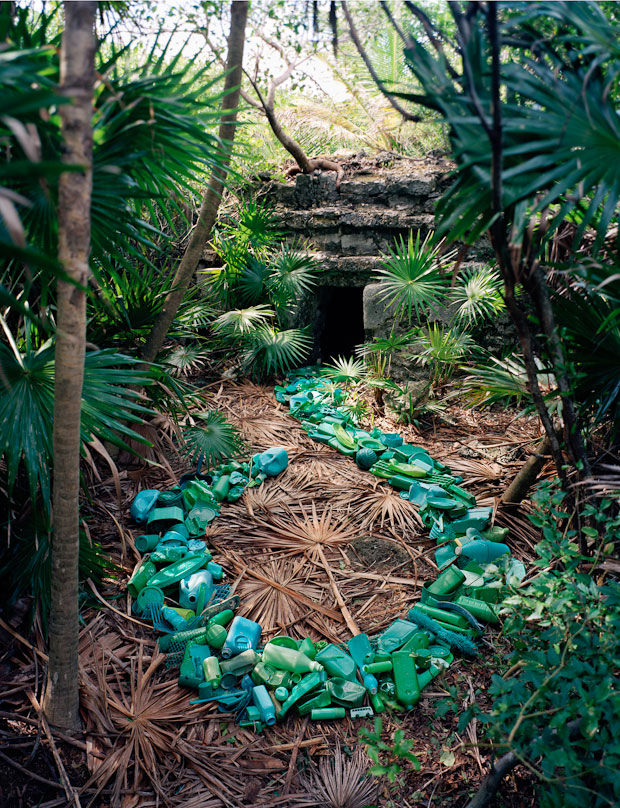 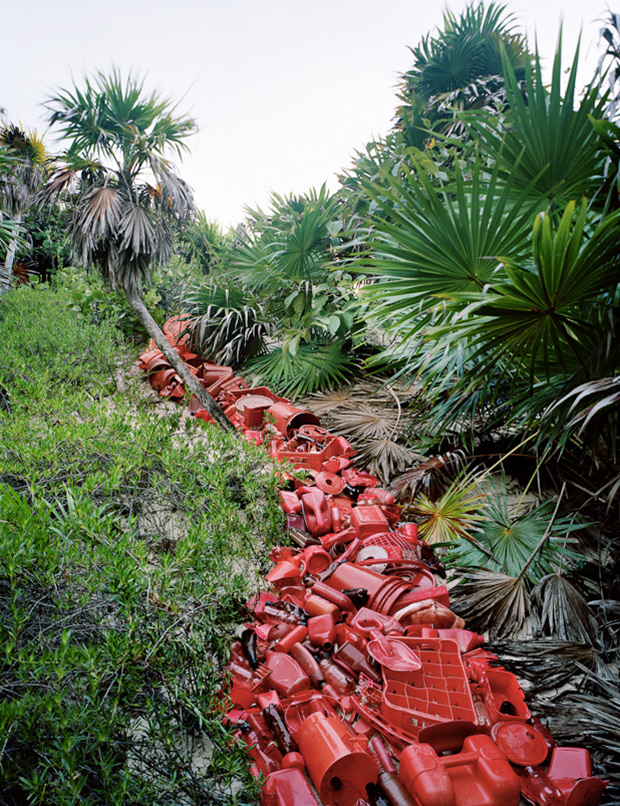 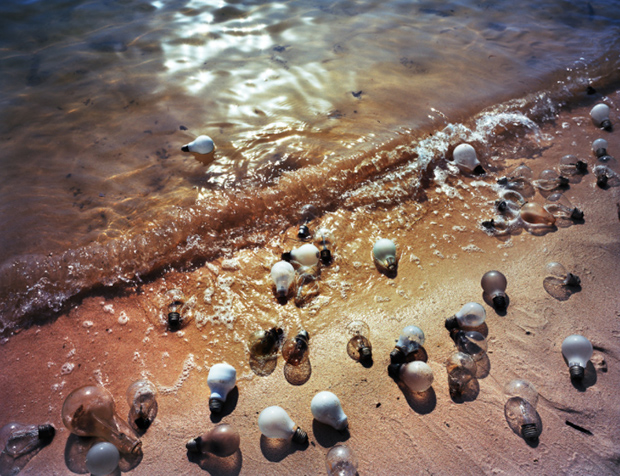