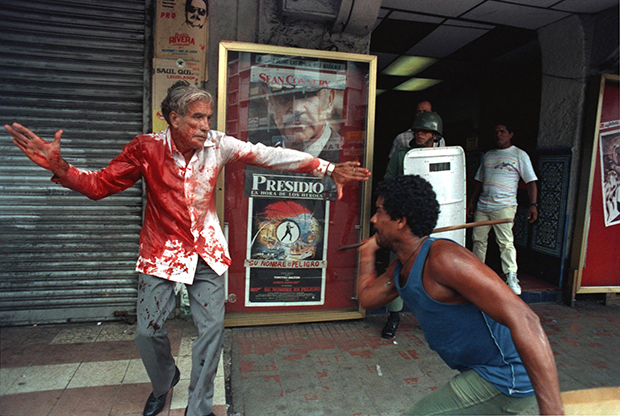 Ron Haviv: My most important photograph is probably from my first foreign trip, to the country of Panama. I photographed a just elected Vice-President Guillermo Ford, covered in blood, being beaten by a member of a paramilitary group. The photograph wound up on the cover of three US news magazines in the same week: Time, US News and Newsweek. Six months later, in 1989, when the United States invaded Panama, President Bush spoke about the photographs as one of the reasons for the military action. It was then that I realized that photojournalism could play a role in the world.