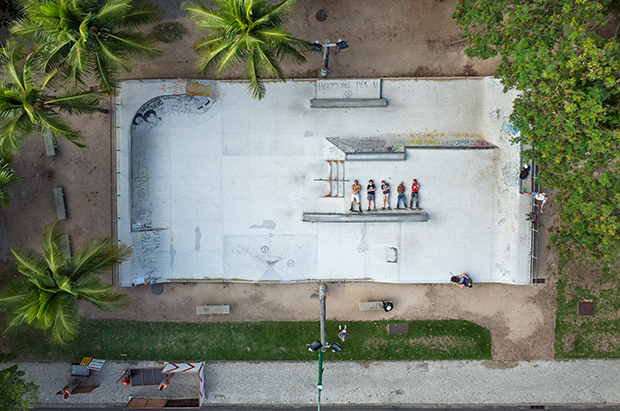 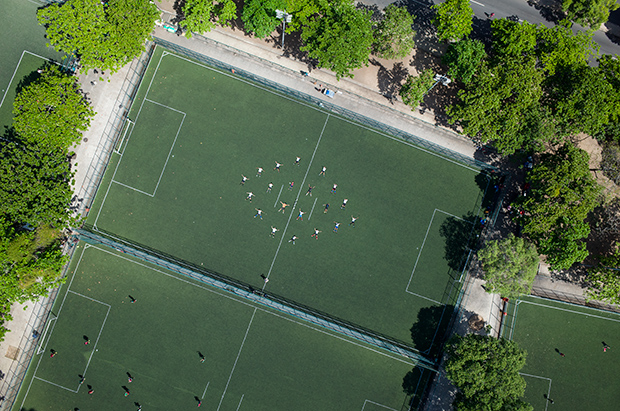 In Rio de Janeiro, say Italian photographers Gabriele Galimberti and Edoardo Delille, life is divided into social stratas, the urban slums separated from the affluent residents of the city’s South Zone in all but one arena: the sports field.

These free venues are sprinkled densely throughout Rio, and all are welcome to join in the fun; as per Article 217 of the Brazilian Federal Constitution, note the photographers, the ability to participate in sports is not a privilege but a fundamental right of the people. In order to mirror the egalitarianism of the city’s small, public sports fields, Galimberti and Delille captured them from the air, with each and every athlete occupying balanced and fair terrain.

The duo conceived of their aerial series En Plein Air using a drone, which they controlled from the ground using a remote. This way, they were able to direct their subjects into level and symmetrical configurations while having a view of the playing field as it exists within the topography of the city as a whole.

Galimberti and Delille discovered on their trip to Rio de Janeiro that the state’s latest census counted an astonishing 1,685 small playing fields, 367 swimming pools 155 stadiums, and thirty-nine athletics tracks peppering the hills and coastal landscape. The government has devoted 56 million Brazilian Reals to building local parks for their citizens, a figure that the photographers explain exceeds even what they spent on both the World Cup and the Olympics.

The photographers witnessed the joy of favela-dwelling children as they bounded down the hills to meet the wealthier kids along the beach, banding together to make basketball and synchronized swimming teams in which background and lifestyle don’t matter one bit. In these free playgrounds made for children and grown-ups alike, everyone has the chance to be a champion.

Edoardo Delille is a part of Riverboom. Gabriele Galimberti is represented by THE STORY INSTITUTE. En Plein Air is exhibiting as part of Photoville 2015. En Plein Air has won numerous awards, and the photographers returning to Brazil soon to make more work leading up to the Olympics. 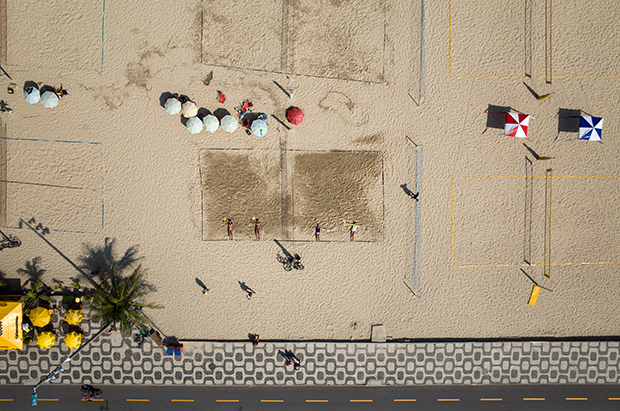 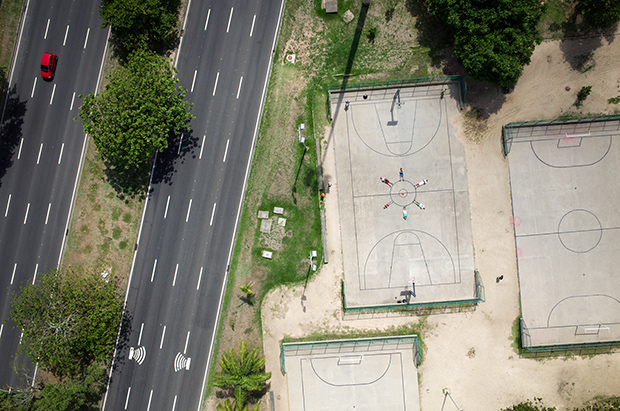 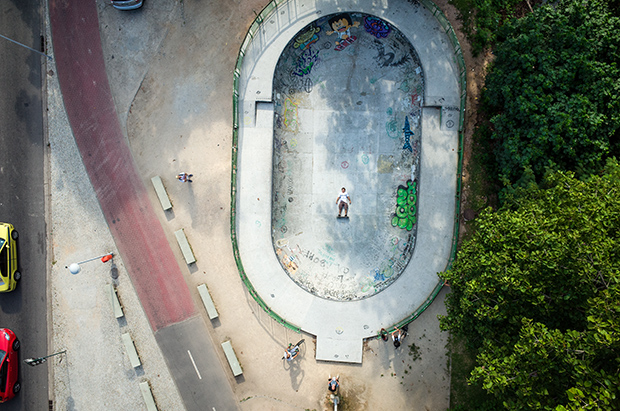 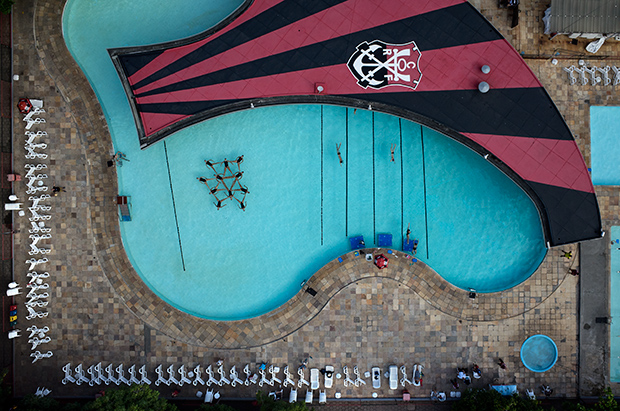 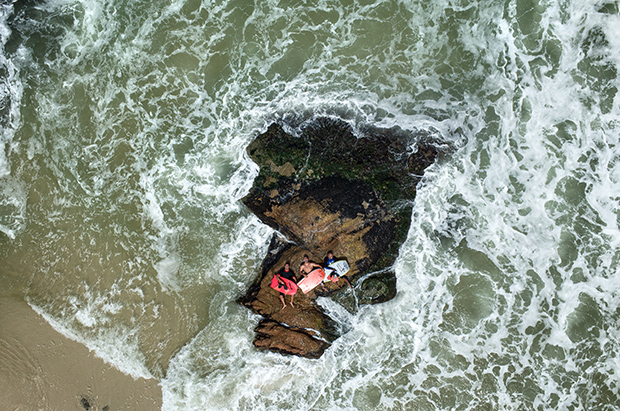 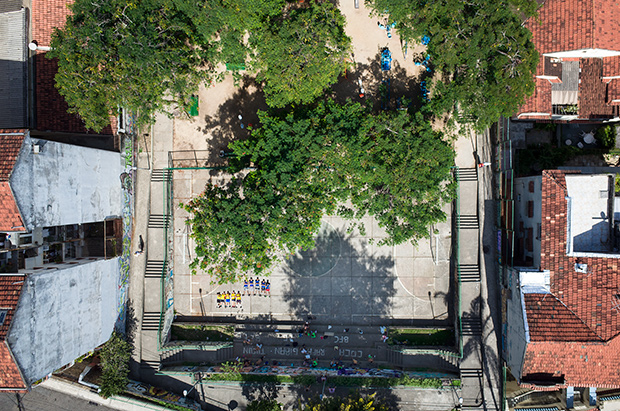 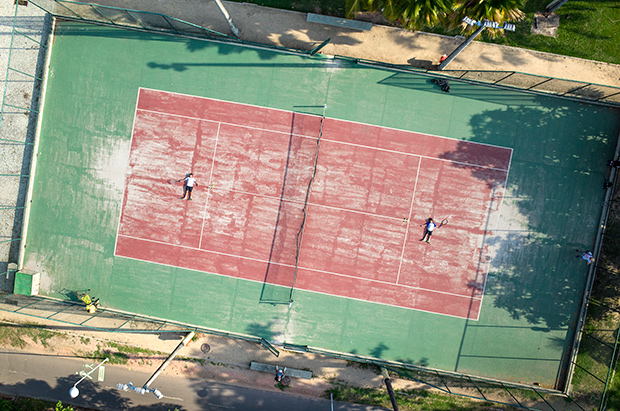 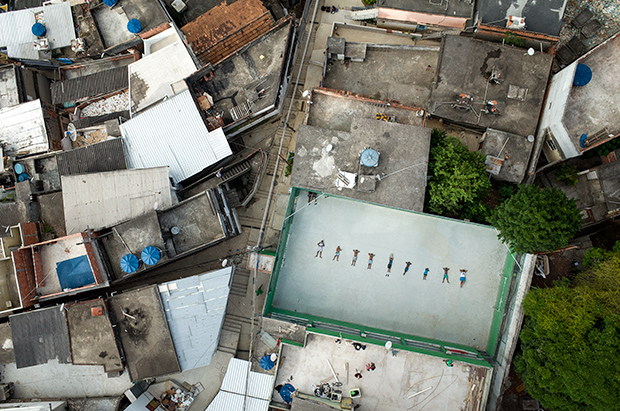 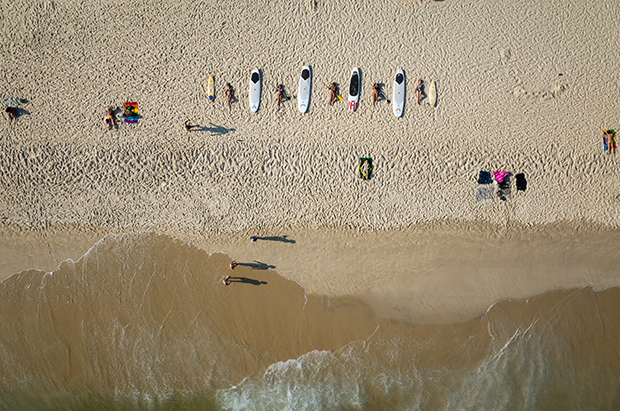 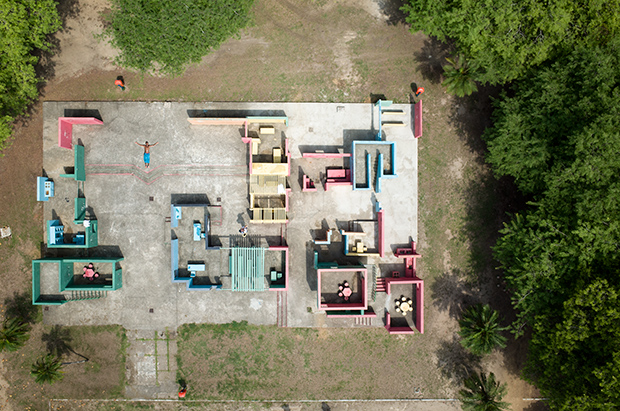 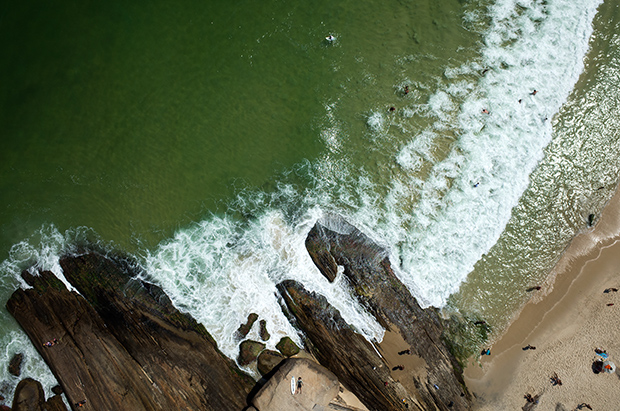 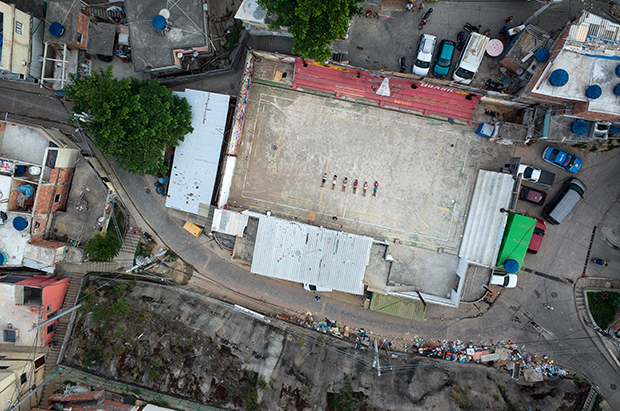 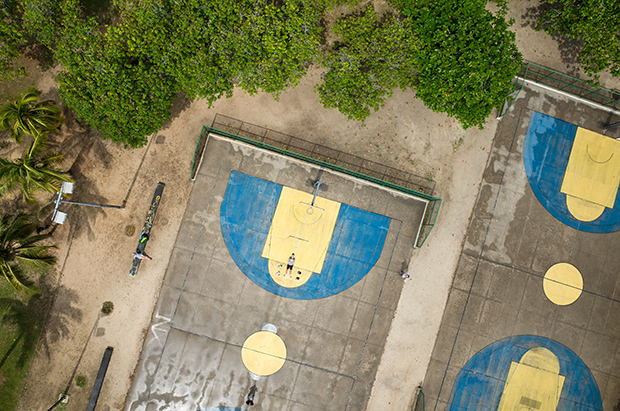 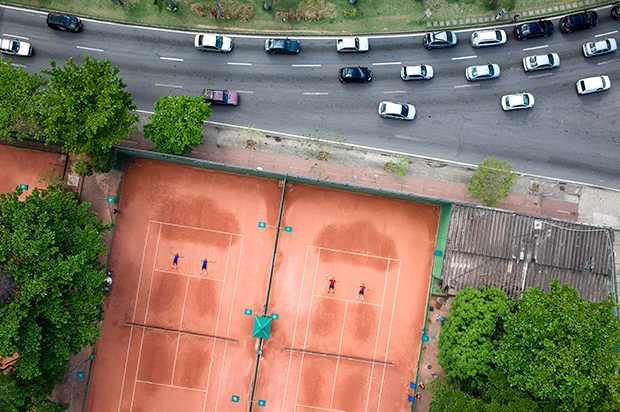 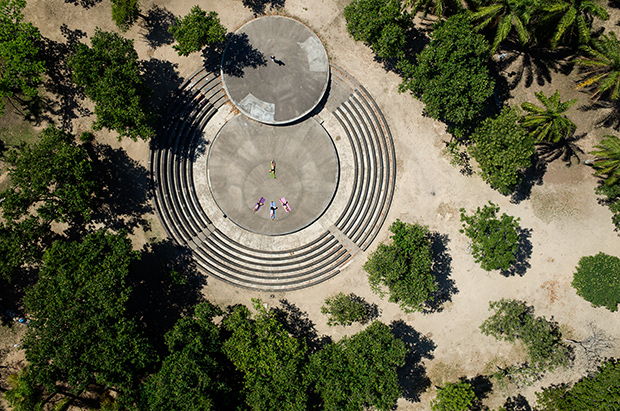 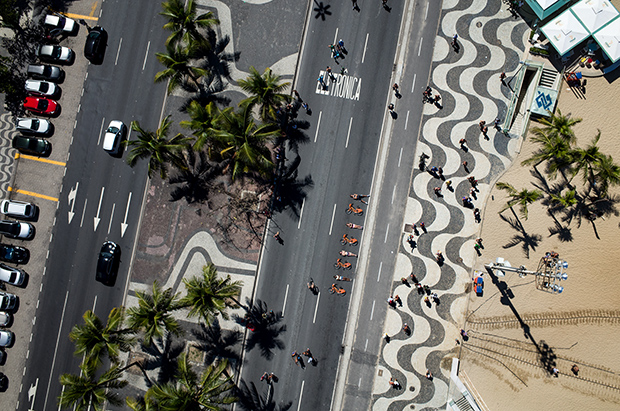