Portraits Capture the Humanity of Primates 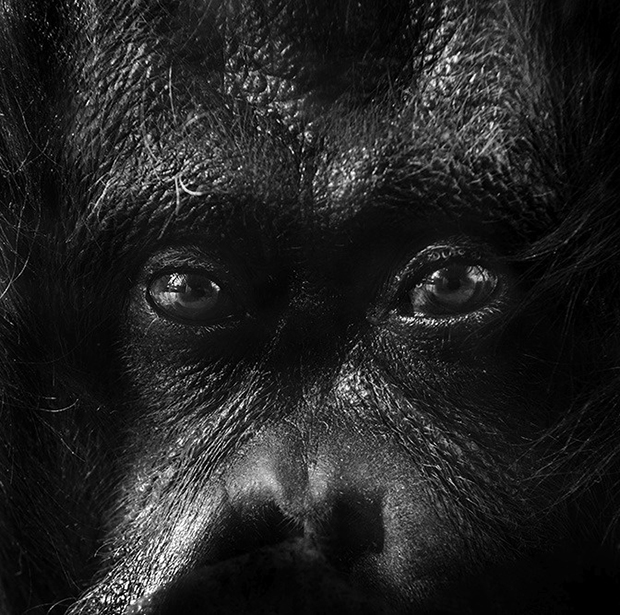 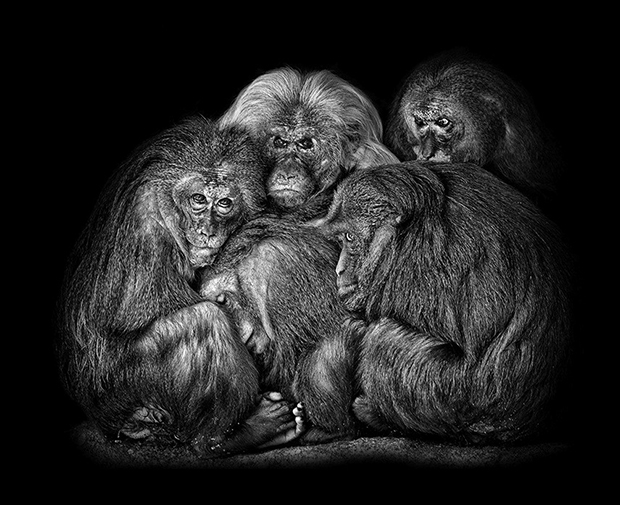 As the single male gorilla amongst five females housed together at the Berlin Zoo, Ivo the silverback familiar to many throughout Europe for his rare and curious response to the throngs of visitors that pass by his run. The twenty-something-year-old animal has yet to find a mate and spends much of his days colliding with and hammering upon the glass that separates him from spectators. Sometimes, he’ll simply gather toss rocks at the crowd until they disperse in fear. Meeting Ivo, says Warsaw-based photographer Pawel Bogumil, marked the beginning of what would become inHUMAN, a series that has lead him to conclude that although they may not be human, apes are— in the most essential sense— people.

Over the past few years, Bogumil has traveled to more that fifteen zoos throughout Europe in search of the mannerisms that evidence the potential for acute feeling and understanding amongst our fellow primates. Apes, says the photographer, are as expressive as human beings, and emotions can be read clearly across their visages. During one trip, he saw a woman open her compact to reveal a mirror into which one chimpanzee stared transfixed. On another visit, this time to Vienna, the photographer encountered an orangutan who repeatedly signaled for him to raise his hand so that he might inspect it alongside his own. Some of the individuals he encountered in Germany were therapy animals for people suffering from mental disabilities, and the serenity and gentleness of the creatures seemed to comfort those with special needs.

Only in a zoo in Warsaw was the photographer able to gain access beyond that given to his fellow zoo-goers. Here, he met M’Tonge, a gorilla who had forged a strong bond with one of the women who cared for him. Their friendship, he explains, was just as it would be were it between two humans; the gorilla was fiercely protective of the woman, and Bogumil made sure to stay a few feet from her at all times to ensure that he wasn’t misconstrued as a threat. M’Tonge was interested in the photographer’s activities, and he expressed quite a bit of interest in looking at his portraits. In order that he not upset the light-sensitive creatures, Bogumil shot only with available light, and he remained a safe distance from each individual so as both to ensure that he wasn’t perceived as dangerous and to prevent the spread of any human-borne infections to the animals.

When asked about the ethics of housing primates in zoos, Bogumil is hesitant to say whether or not the animals can live happily in captivity. He’s witnessed zoos that confine apes within deplorable, or as he puts it, “nightmarish,” conditions, but he’s also seen primates housed within large, rainforest-like environs in which they can roam more freely. In the majority of cases, he’s noticed that the animals are treated mainly as a spectacle or a form of entertainment; when walking past, few visitors to the zoo give significant thought to the sensitivities and feelings of the creatures they observe. Ultimately, Bogumil hopes to make images that occlude the zoo environment and hone in instead on the expressions and characters of his primate subjects. Someday, he dreams of meeting apes in their natural, wild habitats, free from the confines set by mankind. 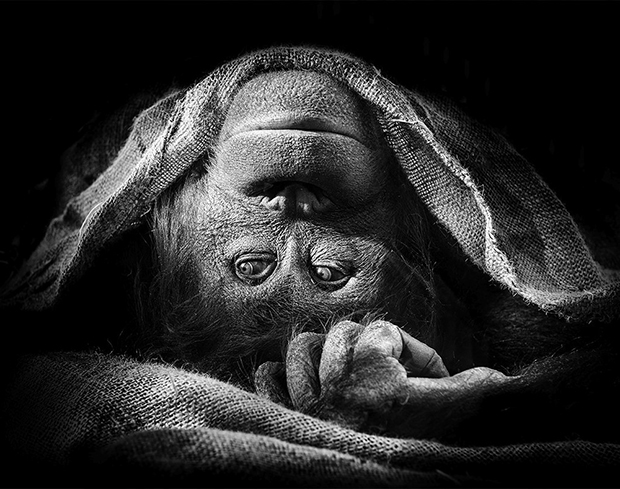 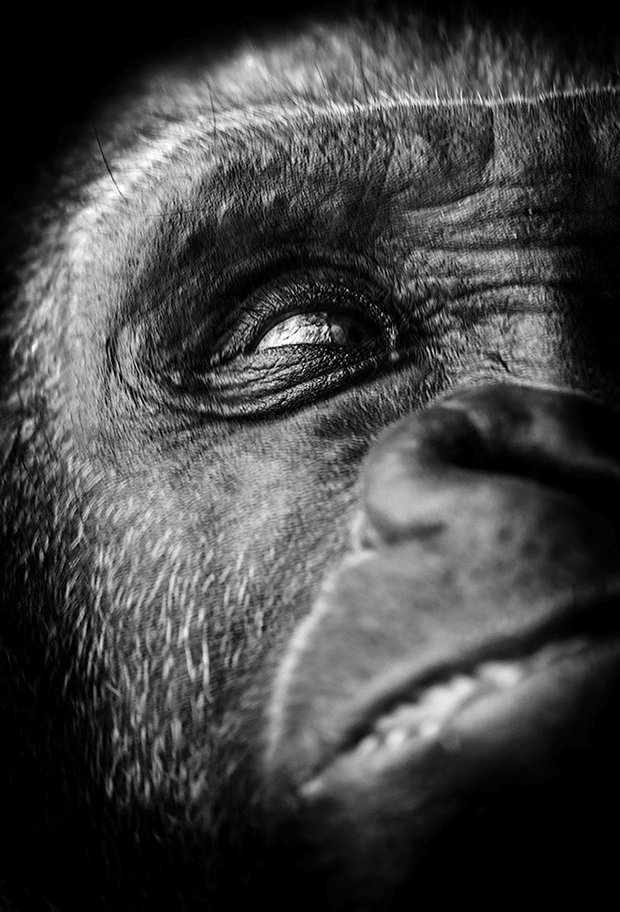 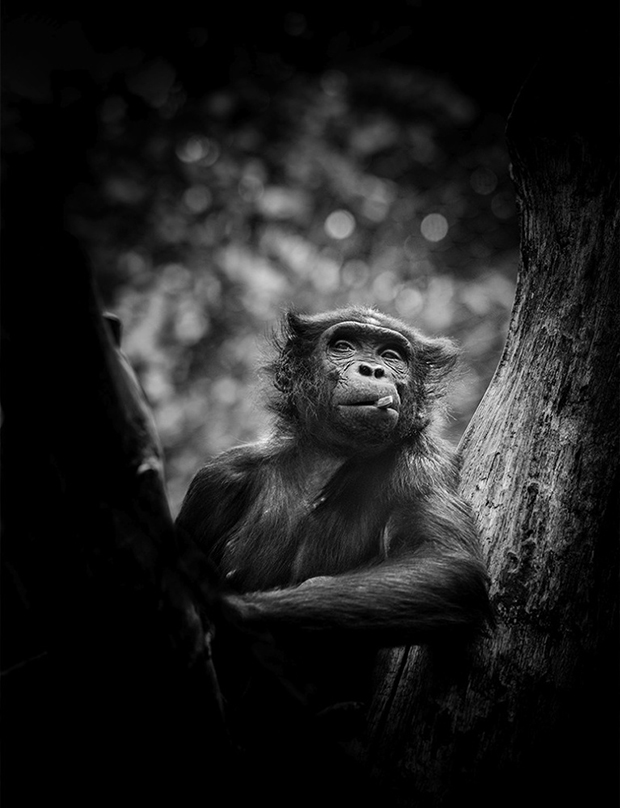 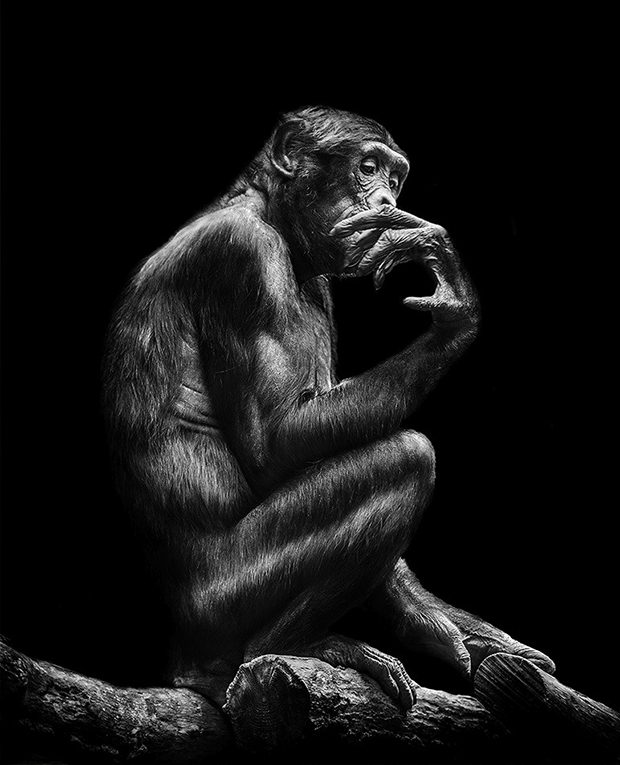 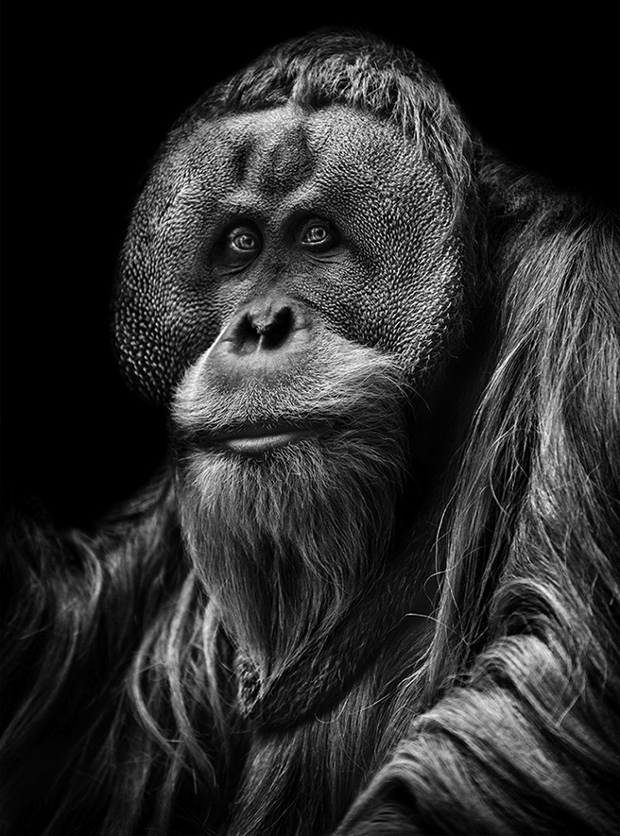 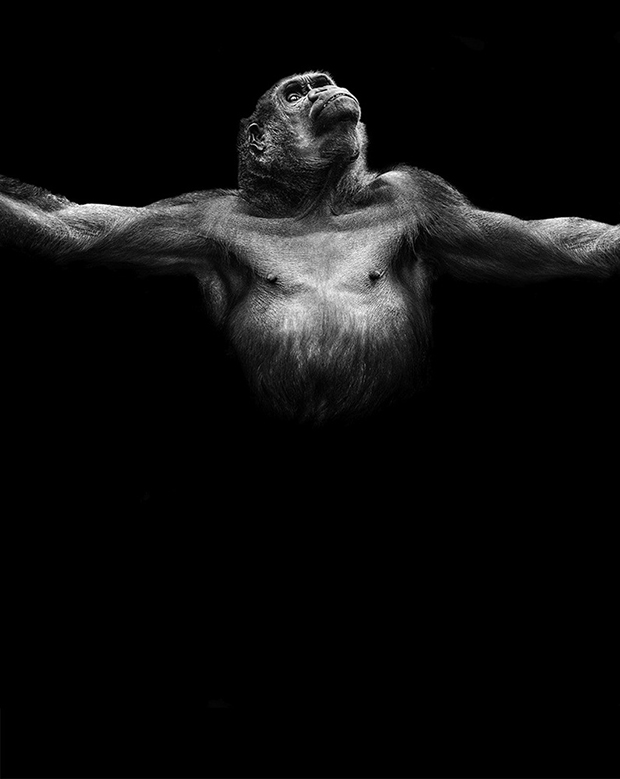 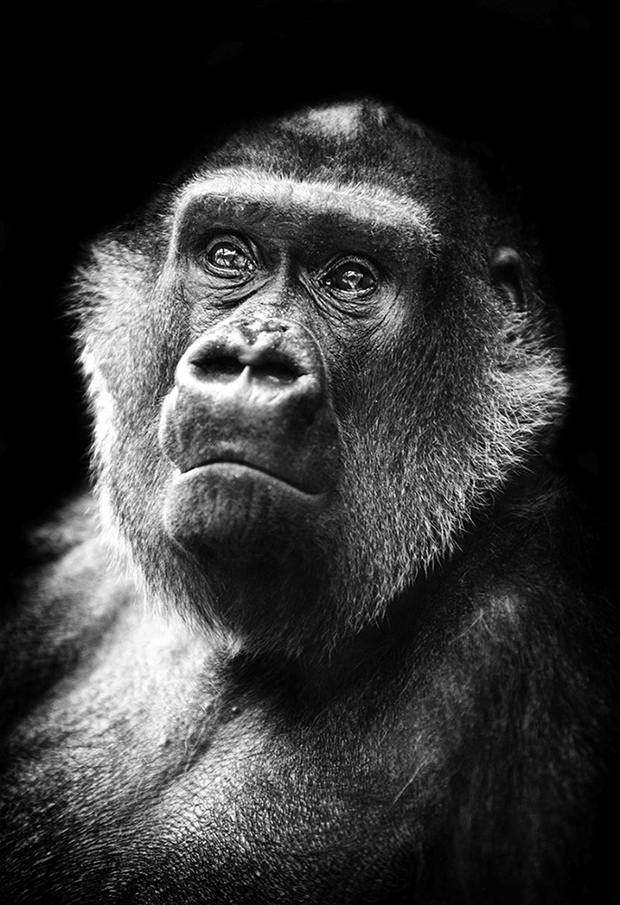 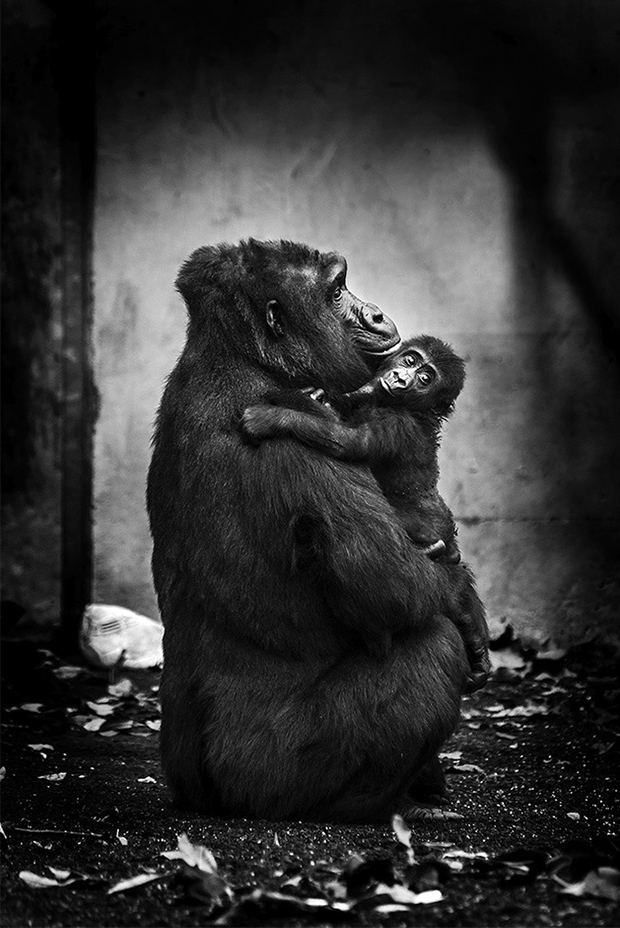 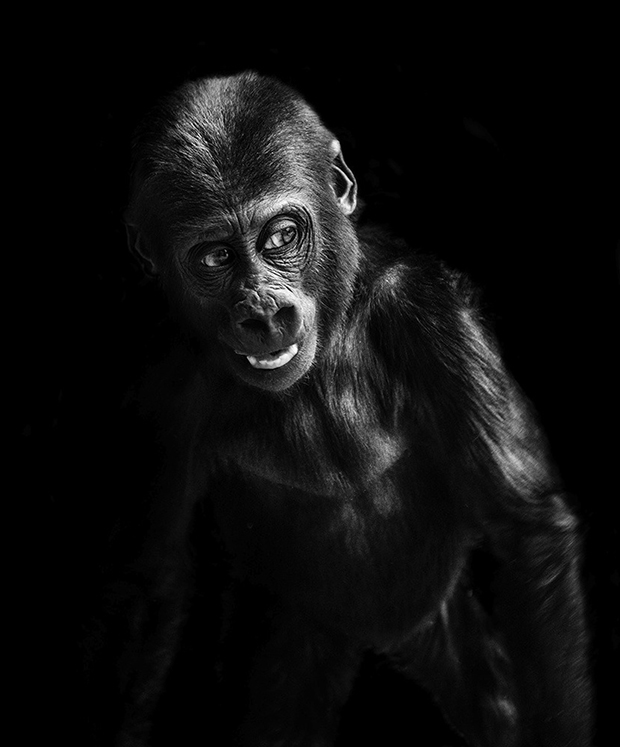 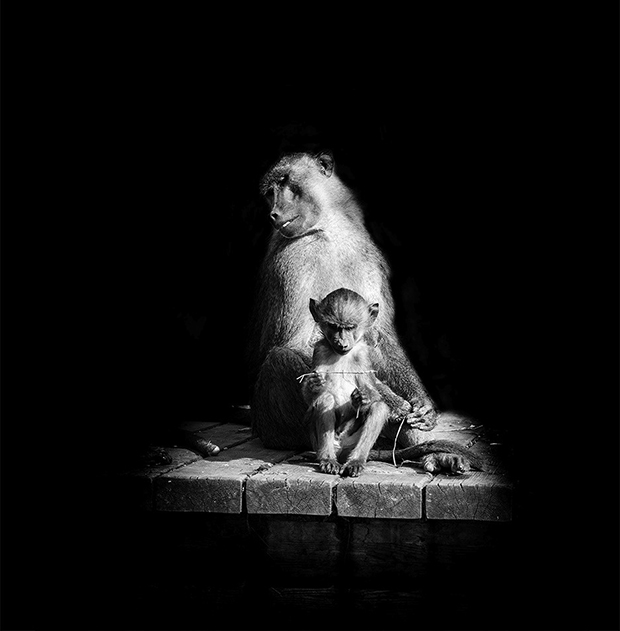 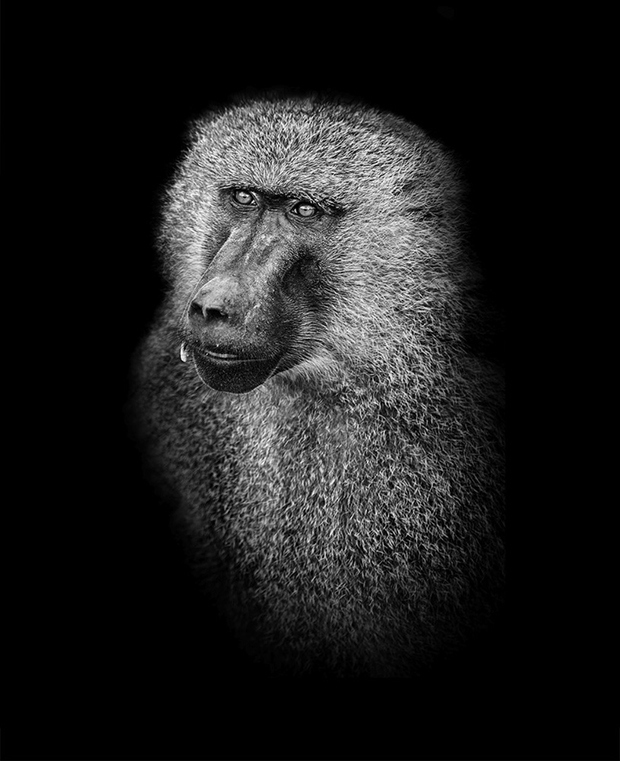 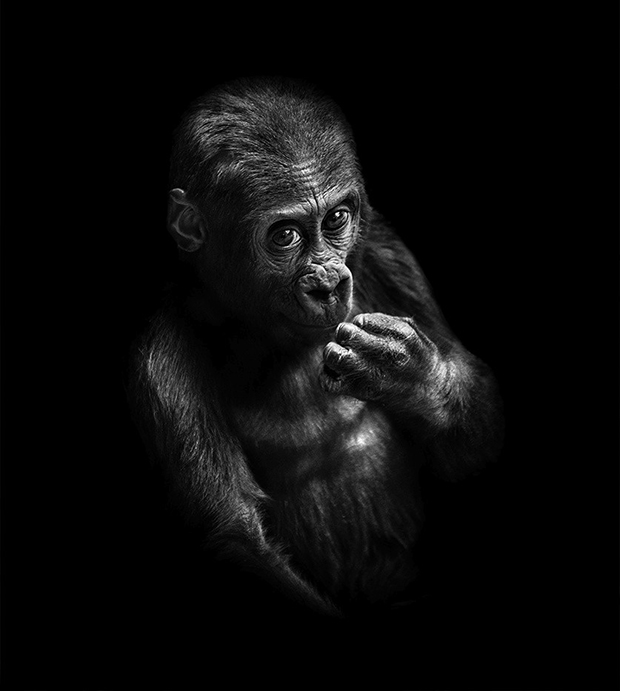 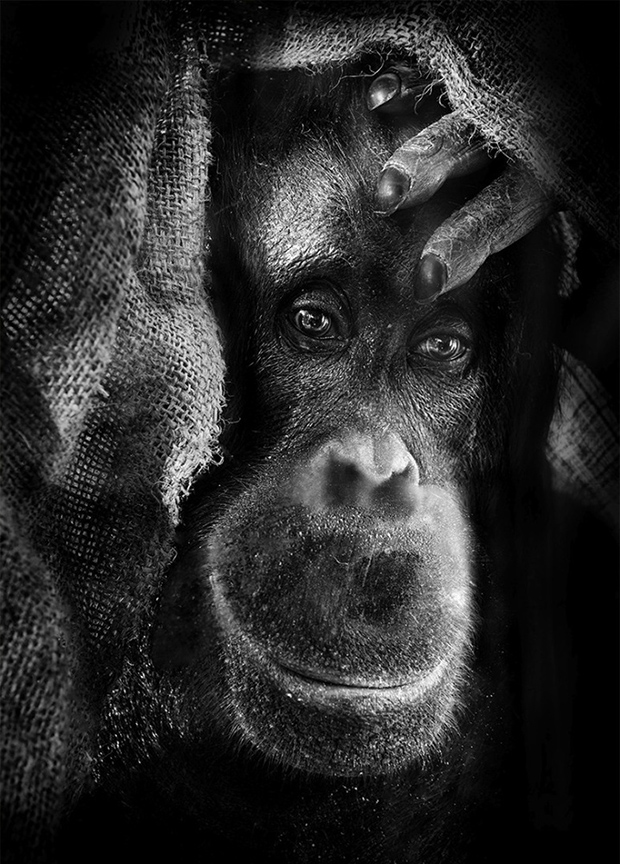 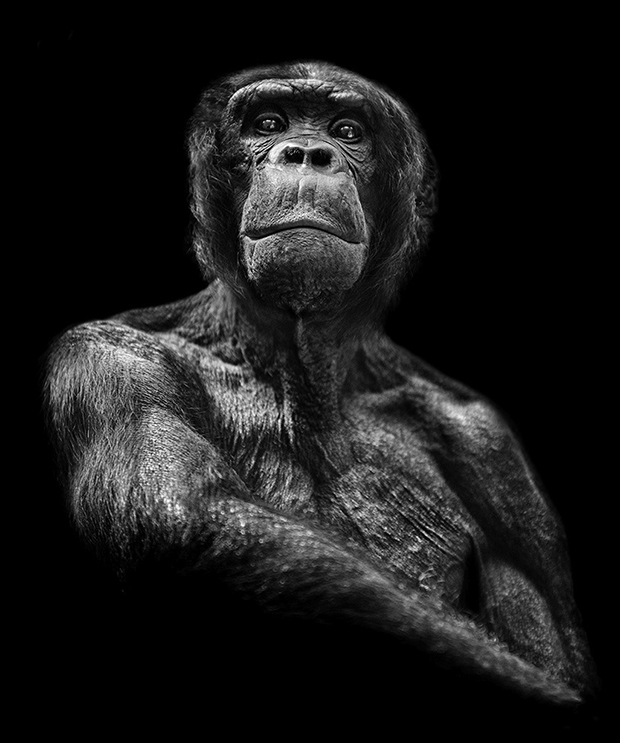 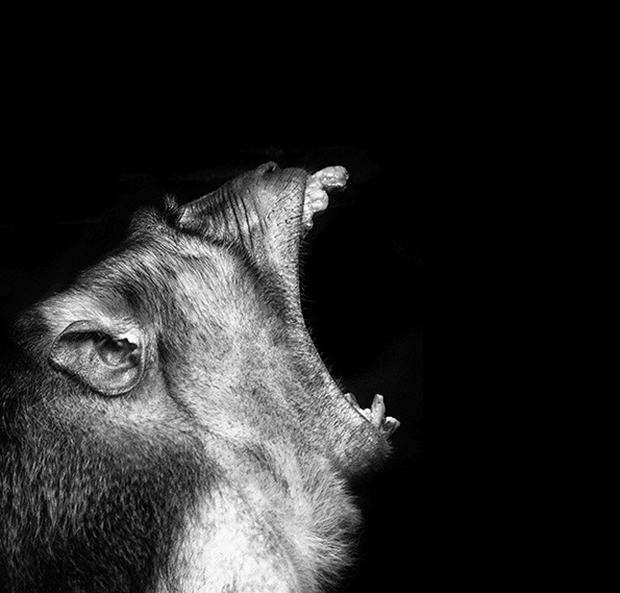 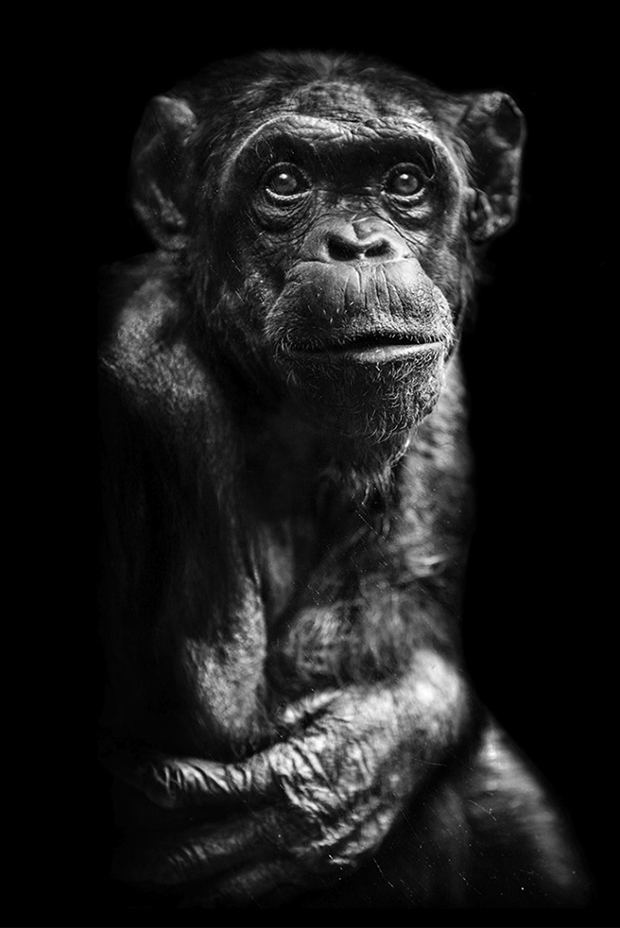 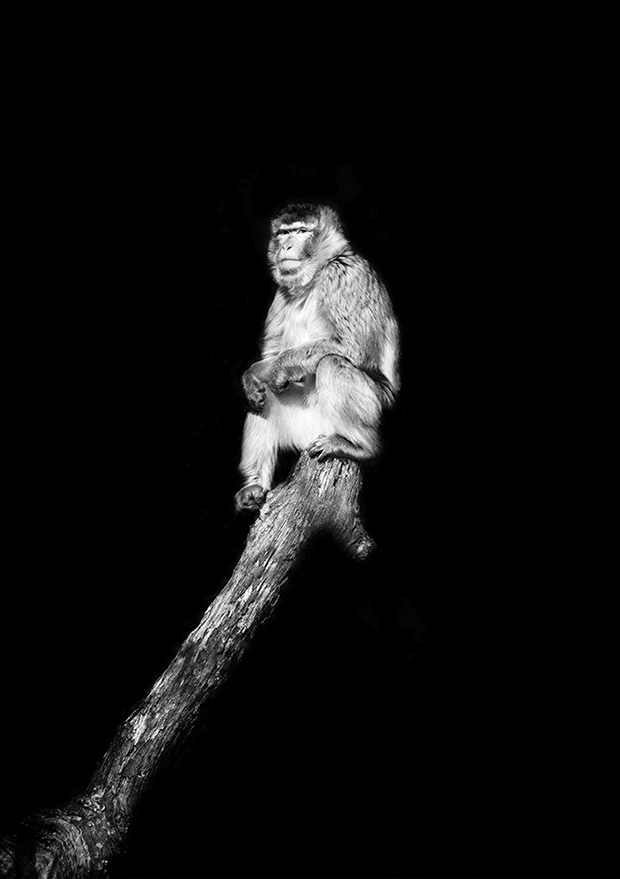 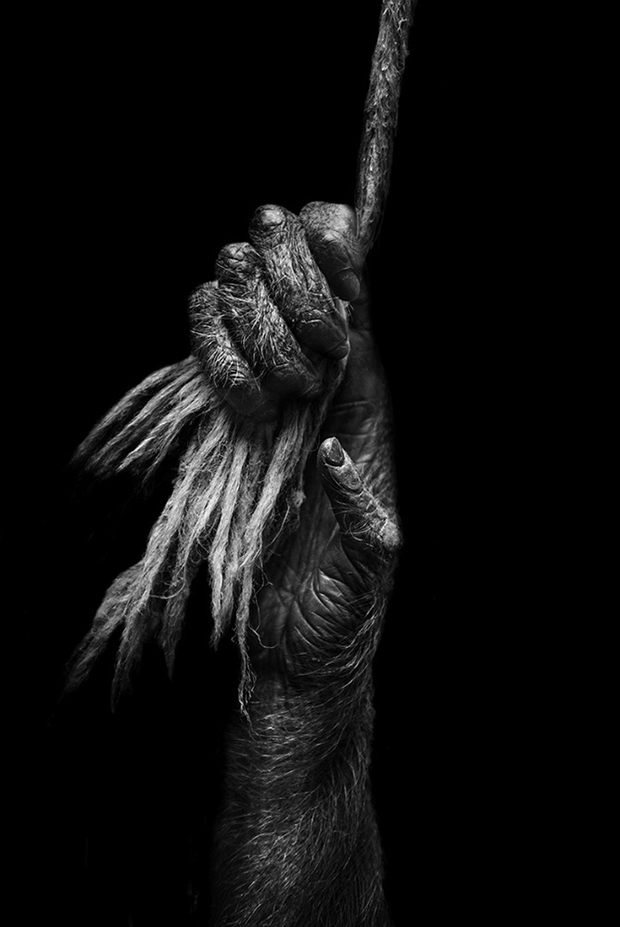 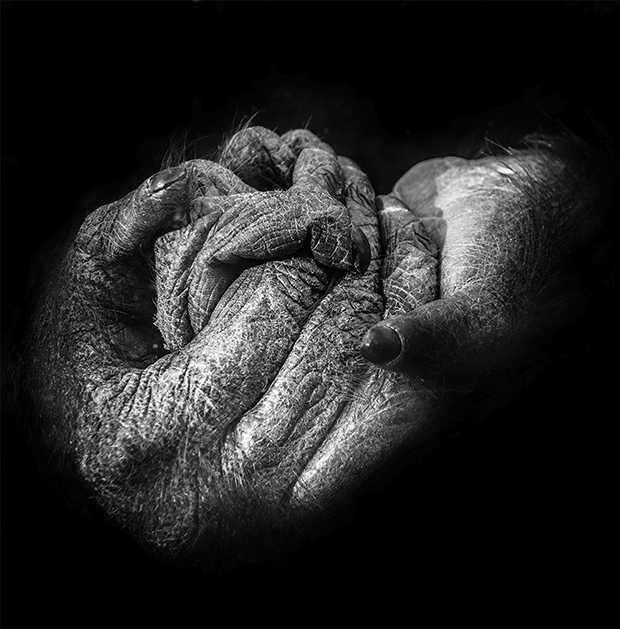